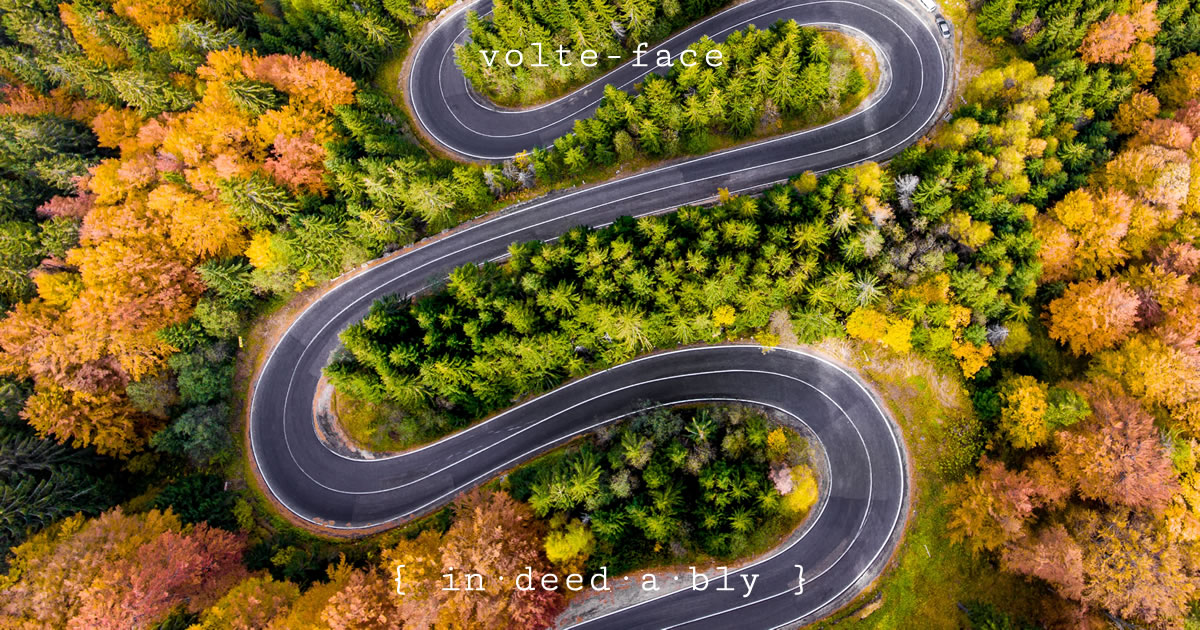 “What things did you once strongly believe, but that no longer hold true?”

Cruising along the backroads through some beautiful rural scenery. It was the last t-shirt weather weekend of the season. The first glimpses of autumn were poking through the foliage.

The rental car’s radio was blasting out some happy tunes by bands I had never heard of, from places I had never been. It was the sort of world music soundtrack a Nando’s restaurant would be proud of.

Riding shotgun was a seventeen-year-old au pair with a fascinating back story.

Abandoned as a baby in China, her birth parents wanting a boy for their “one-child policy” offspring.

Early childhood spent in an orphanage. Until one day a Dutch couple bought her via an adoption agency.

Suddenly she found herself attending a primary school in Holland. Surrounded by gwáilóu children she couldn’t understand, none of whom looked anything like her.

Life in the orphanage had been brutal. Only the toughest survived. From an early age she learned to take care of herself. She had to, nobody else was going to.

Those hard-won skills soon discouraged the school bullies and attracted the ire of the teachers.

Her adopted parents became frequent flyers to the principal’s office. The realities of parenting were proving a far cry from the Hollywood happy family picture they had once imagined in their mind’s eye.

The father sought solace in long hours at the office, often in the arms of accommodating staff.

The mother took up a new hobby: drinking.

Then the father died. Congenital defect. Dead before he hit the floor. Wouldn’t have felt a thing.

Mentally, the mother fell apart. Alcohol to cope with the days. Tranquilisers to lengthen the nights.

Left to fend for herself once again, she managed to learn Dutch, then English, while struggling through school until she found a way to escape.

A year as an exchange student in Spain at fifteen.

Followed by an exchange year in Hong Kong.

Slow travel through Southeast Asia, funded by stints as a tutor or au pair for money-rich but time-poor families in the antipodes.

Destined for a Business degree at a top European university. Place secured but deferred for now.

It was a dramatic and well-rehearsed tale, designed to paint the picture of a young woman who knew what she wanted and was determined to get it.

Whether any of it is true I have no idea.

The thing that struck me most about our conversation was her certainty. No doubt. No hesitation. No grey areas.

I remembered being that certain once.

The hubris of youth.

That unshakeable confidence of a university student.

An absolute certainty that I was destined to change the world and do great things!

Looking back on it now, I can only give a wry smile and shake my head at the foolish naïvety of younger me.

As I’ve gotten older, I’ve become much less certain about many of the things I once held to be true. On some points I have done a complete volte-face.

My younger self would think I now argued black was white or day was night!

I once believed that anyone could succeed.

If they wanted it enough. If they were willing to do what it takes.

The best and the brightest would rise to the top.

The only limits on your ascent were your own abilities, aspirations, belief and work ethic.

That you were judged based upon your merits and accomplishments.

It didn’t matter where you started, but where you finished.

The difference between the haves and the “have nots” was simply the length of the road they had to travel on the path to their common destination: success.

Inspiring “mailroom to the board room” stories like Mary Barra and Jim Skinner showed that people starting at the very bottom, interns and trainees, could climb to the very top of an organisation.

Satya Nadella and Indra Nooyi proved that even people who don’t fit the CEO stereotype can make it to the top of an established megacorp, despite being migrants with dark skin and non-anglo names.

Such things are technically possible, but statistically improbable. Like winning the lottery. Twice.

In any long-running game of chance, the house always wins.

The dice are loaded.

The deck is stacked.

Being born a white male, to well-educated native English speaking parents, and raised in a prosperous socio-economic neighbourhood of a prosperous major city does not guarantee success. But it helps!

Coming from wealth may not guarantee further wealth, but the poverty cycle is a very real thing.

Some people label these advantages as “privilege”. A weaponised term used to undermine the achievements of those who have, and provide an excuse to hide behind for those who have not.

A select few, those fortunate enough to find opportunity and brave enough to take it, will succeed.

They win in spite of the game being rigged. Smart enough to count cards. Lucky enough not to get caught. Using their natural talents to game the system isn’t cheating. It is the only way to win.

Now I believe that most people can’t succeed. And the majority of those who could, won’t.

Few have the dream. Fewer the ability. Even fewer still the drive and determination. Only a tiny fraction possess all those things, the luck required to successfully apply them, and the sense to recognise opportunity when it knocks.

The cause isn’t inequality. Or privilege. Or the rigged game. It is simply human nature.

I once believed that the measure of success was a person’s job. Their home. Their net worth.

Indra Nooyi was born, raised, educated in India. She played cricket and guitar in a rock band.

After working for a couple of years, she wanted more out of life.

She gained admission to Yale to study for a Masters and relocated to the United States.

Over the subsequent decades, Nooyi generated billions in value for shareholders and earned millions for herself.

When Indra Nooyi stepped down as CEO of Pepsi, she penned an open letter to her staff outlining some of the lessons learned over a long and successful career. The last lesson was the most striking:

“Finally, think hard about time. We have so little of it on this earth. Make the most of your days, and make space for the loved ones who matter most. Take it from me. I’ve been blessed with an amazing career, but if I’m being honest, there have been moments I wish I’d spent more time with my children and family. So, I encourage you: be mindful of your choices on the road ahead.”

I remember the day I helped my terminally ill father from his favourite chair to his death bed. We both knew it would be a one-way trip.

He refused to move until he knew his final score.

Cancer treatment had claimed his eyesight but unfortunately not his sense of tact and diplomacy. I grudgingly drove his laptop, keying stock prices into his portfolio tracker, while he criticised (as ever) that I was going too slow and doing it all wrong.

It was only once armed with the knowledge of his portfolio value (down 0.2%) and final net worth, representing the sum total of his life’s achievement, that he allowed me to carry him off to die.

At the time I loved the irony. One moment perfectly capturing a lifetime of misaligned priorities.

After the funeral, I wandered aimlessly through the cemetery looking at gravestones.

Each headstone distilling the achievements of a lifetime onto an index card. All that remains once they fade from living memory.

“John was here. From this date. To that date.”

Maybe they coupled off.

A select few had those basic biological achievements supplemented by rank or title.

There were nothing about accreditations or education attained. Job titles earned. Net worth.

Whether they lived life as a saint or a complete and utter bastard.

Just a name, some dates, and the details of loved ones were they fortunate enough to have any.

Now I believe success is feeling happy often and content consistently. When nobody else is watching.

I once believed that we should always be our true selves.

That belief contained an implicit flaw, the assumption that our “true self” remains constant and unchanging. Resolutely withstanding the buffeting and blows that life inevitably sends our way.

Anyone who has attended a memorial service or wake will have been regaled with glowing eulogies and anecdotes about the person who led the life being celebrated.

Some of those will sound familiar, their subject easily recognisable.

Others may be about a stranger. Describing a side of the person that was foreign and unknown.

Old school friends might describe somebody full of ambition and enthusiasm, a glowing snapshot of the person they once were, looking forward to a life of endless possibilities.

Former confidants could remember an outwardly confident person who was plagued by self-doubt behind closed doors.

Young children may describe a parent who is an infallible superhero. All knowing. Capable of doing no wrong.

Older children describe that same parent as flawed and inconsistent. Who made it up as they went along.

Work colleagues might describe a generous team player. Or a smiling assassin who ruthlessly carved a path through the corporate landscape on their ambitious climb up the career ladder. No holds barred. No prisoners taken.

Yet here is the thing: those stories are all about the exact same person.

We all wear a variety of masks, and play a range of roles, as we progress through life.

Nobody gets to witness every facet of another person’s personality. To know their innermost secrets. Their hopes and dreams.

Many children hate the idea of “vega-terribles”. Those children grow into adults who like them.

Naïve parents try logic to convince us: “how do you know you don’t like something until you try it?”

Over time we evolve and change. Testing and shedding the irrelevant or erroneous. Learning and adopting new behaviours and beliefs.

Those who don’t stagnate and die. Becoming dinosaurs, that the world leaves behind.

Bill Gates was a cutthroat captain of industry. Now he is the world’s largest charitable contributor.

Warren Buffett is lauded as the grandfatherly coke and cheeseburger loving everyman who did good, becoming the “world’s greatest investor”.  Goldman Sachs or Bank of America, whom he opportunistically rescued on loanshark terms, probably wouldn’t view him in quite the same way.

The grey man in the grey suit, defeatedly trudging off the commuter train on his way to another soul-destroying day attending meaningless meetings and writing status update reports nobody will read.

He was once an idealistic youth, like the au pair with the hard-luck story and big dreams. Unshakeably certain of his place the world. Before grown-up realities ground him down and crushed his dreams.

At home he might be a super fun Dad, playing dress-ups and football in the backyard.

Or he might be the ogre in front of the tv. Grimly clutching the glass of coping juice that he fervently hopes will make it all go away.

Each is a mask worn. A role played. All contain elements of character, yet none represent its entirety.

Now I believe there is no “true self”. Our beliefs and values define the boundaries and limits that we tell ourselves we will not cross.

Sometimes that is even true.

Everything else is negotiable. Subject to a volte-face.