Earlier this week I watched the movie “Brexit: An Uncivil War”. As a professional data geek, I was intrigued by how they would bring to life the manipulation of voter behaviour via the usage of highly personalised political messages.

I’ll be honest, I didn’t have high hopes. Made for television movies are usually pretty ordinary, and the Hollywood portrayal of anything involving computers is laughably bad.

To give credit where credit is due, the movie was pretty good! The script was well written, Benedict Cumberbatch will deservedly be nominated for some awards, and it did a good job examining the ethics of some of the approaches used during a very divisive political campaign.

One particular scene from the film has stuck with me, I’ve caught myself thinking about it several times.

Heather Coombs superbly portrayed a middle-aged woman, from struggle town somewhere in middle-England, who felt resentful and overwhelmed. She gave a powerful performance of the anger felt by many of the “silent majority”: 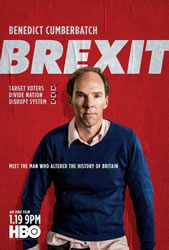 At losing their voice.

At being left behind.

Surprisingly, it struck a chord with me.

When your ship is sinking

My grandparents settled in a country town after the war. My grandfather worked for the same employer for ~25 years, until one day he was made redundant.

There typically aren’t a lot of jobs in a country town, and my grandparents couldn’t afford to retire.

They relocated to the big city, trading a town where they knew everyone for the anonymity that is part of city living.

For the next ~30 years they lived in a lower-middle-class neighbourhood. Their neighbours were teachers, bank clerks, and small business owners. People like them.

Big cities are transient by nature. An endless of procession of folks arriving in search of work, then departing in pursuit of more affordable accommodation or a less busy lifestyle.

Initially from Greece and Italy. Then Vietnam and Cambodia. Next came Lebanon and Syria. Finally China and India.

The cuisine offered by the local restaurants became more interesting and exotic.

The diversity of accents and languages heard being spoken in the local shopping centre increased.

Products there had never been a market for were suddenly prominently featured in shop windows. Hair relaxants. Hijabs. Skin lightening creams.

As a child visiting my grandparents, I found these changes exciting. Particularly the huge array of foods that simply weren’t available where I grew up.

My grandparents found the changes frightening. Intimidating. Even threatening.

Over time they felt less and less like they belonged in their neighbourhood.

The local priest, dentist and doctor used to have names like Smith, Jones and Murphy. Now they were more likely to answer to Singh, Mohammed, and Nguyen.

Their local supermarket ceased stocking some of the staple products their very bland and simple diets were based upon, as there simply wasn’t the demand for them in the changing community.

My grandmother used to attend the local shire council meetings to keep informed of what was going on in the neighbourhood.

When they first arrived in the city, the majority of the issues discussed directly impacted their lives.

As they aged, and the neighbourhood became more diverse, an ever smaller number of issues were relevant to her:

Their social circle diminished as old friends and neighbours died or moved away.

Conversations with real people in the neighbourhood were replaced with listening to “people like them” on talkback radio.

They pined for days long gone.

A return to a rose-coloured past that never was.

A life far better in reminiscence than it had ever been in reality.

They had become dinosaurs. Somehow the world had moved on. They had been left behind.

All things come to an end

My father grew up on a farm near the regional market town. For a time it was infamous for having the greatest number of pubs per head of population in the country, which was logical because it also boasted the world’s highest beer consumption per capita.

Over time farming became a much more commercial endeavour.

The days of independent farmers viably being able to make a living from a small farm came to an uncomfortable end. They simply could not compete with the economies of scale the larger corporate operators enjoyed.

Farmers sold up and left the region. The population steadily declined.

The primary school went from having multiple classes per year group, to a single class spanning an ever larger range of year groups.

In short, the town was dying. 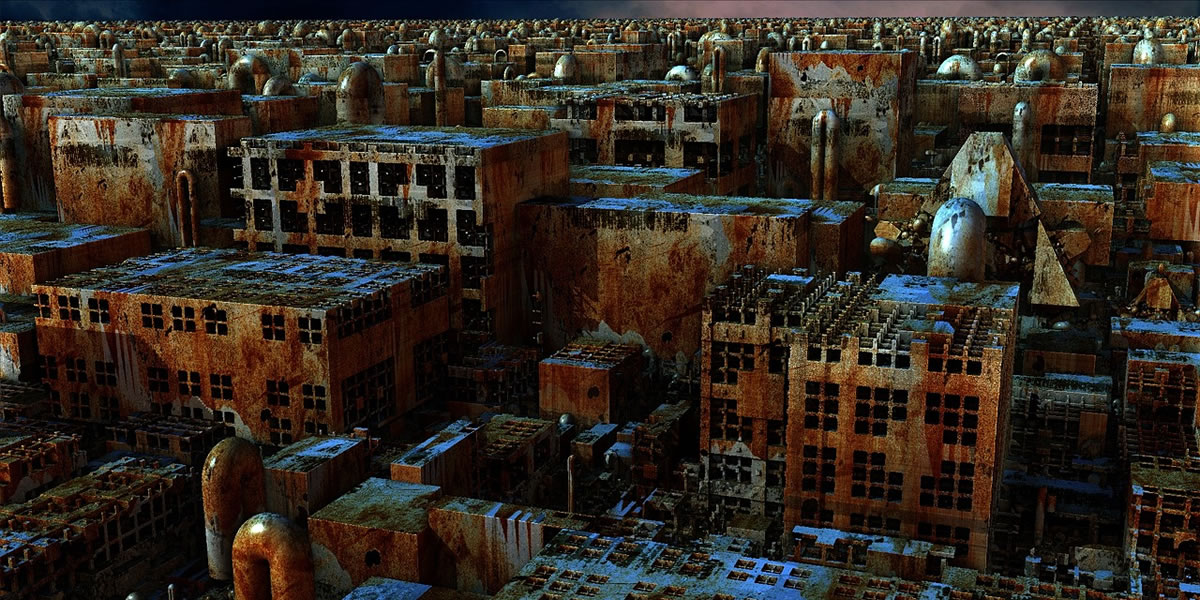 Best days are behind it. Image credit: cpmacdonald.

While sad for those directly impacted, it was a natural conclusion to a population centre that had lost its reason for being. Any efforts to prop the town up by putting it on life support via grants and subsidies would have been misguided and wasteful.

Spare a thought for those “townies” who didn’t have land to sell to the commercial operators. These were the region’s retirees, the small business owners, the school teachers and police.

Many of them owned houses in the town. Houses they couldn’t sell, as there were no buyers wanting to move to the region. The last remaining local real estate agent was lucky to complete a single sale per year.

They had mortgages to repay, but limited (or non-existent) livelihoods with which to fund those payments.

They couldn’t sell because there was no demand.

They couldn’t rent their houses out, because prospective tenants were rarer than winning lottery tickets.

They couldn’t move somewhere there was work, as they couldn’t afford both the mortgage payments on their house in the dying town and the rent for wherever their new home was located.

These homeowners were trapped. The world had moved on. They were left behind.

Fortunately this story ends on a happier note. Some 20+ years later the nearby highway was upgraded. This brought the town within an hour’s drive of the nearest city. Cashed up city workers dreaming of geographic arbitrage, and seeking to live “the good life”, began moving to the region.

Long empty shops and bank branches were restored and turned into antique shops, art galleries, and hipster cafes serving organic coffee and avocado toast. Some of the former pubs were converted into microbreweries. Old dilapidated houses were demolished and replaced with a “Grand Design” dream house.

There were many commonalities between my grandparents, and how the residents of my father’s former home town felt about the circumstances they found themselves in.

The scene from the Brexit movie I have found myself reflecting on portrayed them well.

Some folks blamed “the other” for their misfortunes. They wanted to raise the drawbridge, turn away people who weren’t “like them”, in the belief that this would preserve their way of life.

Others sought to turn back the clock. Recapture past glories. Return to a time when they were successful, respected and admired. When they were taken seriously. Listened to. Everyone knew their place.

Did such a time ever really exist, except in rose coloured hindsight? I have my doubts.

Finally there were those who, apart from their age, would be poster children for the “entitlement generation”. They had fallen for many of the lies we tell:

Life hasn’t followed the script they had been led to believe it should.

They have been left behind.

Gone but not forgotten

What I find fascinating is the way those who feel left behind naïvely embrace the messages of those who articulate the inner thoughts they have, but for a variety of reasons feel unable to give voice to.

A dislike of the thought police.

A hatred of political correctness.

Radio shock jocks, populist politicians, alternative thinkers, or those courting a cult of personality. They establish reputations and build followings by telling the audience they want to hear.

Their messages are often out of step with what is deemed to be acceptable in polite society, when viewed through a contemporary lens. However many of these views and opinions were tolerated, accepted, and often widely held not that long ago.

Just because people no longer publicly articulate them does not mean those views have gone away!

The views expressed don’t need to be true.

The speaker does not need to believe them.

It is enough to hear them given voice. To learn there are others out there who appear to share similar beliefs. It alters how the audience feels.

Rather than harbouring simmering resentment at having been shamed into silence, they suddenly have a leader, and a tribe of people “like them”.

These tribes are easily manipulated by emotive slogans, empty promises, and catchy soundbites like “take back control” and “make American great again”.

If their beliefs are exposed as fallacies, or mocked by those who made them feel left behind, then their resolve strengthens and they resolutely dig in.

When their tribe comes under attack, individuals feel even more threatened.

Guilt and ridicule are experienced by association.

The instinct to stick together kicks in, to defend the tribe. “They may be dickheads, but they are our dickheads.”

Timur Kuran once wrote a book about all this, labelling the phenomenon “preference falsification”.

It isn’t just the “silent majority” of ageing white folks who act this way.

A good example is the message of the FIRE movement: “if you live below your means and invest wisely, then you may be able to exit the workforce at a much younger age than most”.

The message is simple, yet alluring.

Once the concept is embraced, it gets jealously guarded and defended by those who believe.

Witness how the tribe responded to recent attacks by talking heads and the mainstream media!

This feeling of being left behind is increasingly common.

I’ve written in the past about the challenges faced by those falling prey to late career redundancies or dislocation, like my grandfather experienced.

I’ve also written about the fear of becoming a dinosaur that slowly eats away at the more self-aware ageing technologists.

A worry that they will one day be shown up by the bright young things with their shiny new toys.

A concern that the skills and knowledge they have invested a career gaining will be rendered obsolete or technically redundant by the constantly changing whims of the technology game.

A deep-seated knowledge that this is a virtual certainty. Not a question of if, but of when.

These wounds run deep, and the scars last a long time.

Perhaps ideas go some way towards articulating why inequality and change can make those adversely impacted feel like they have been pissed upon from a great height.

In a democracy, for good or ill, virtually everyone gets a vote.

The more resentful and threatened folks there are, who feel left behind, the greater the likelihood there will continue to be disruptive and chaotic protest votes against the establishment whom they blame for their current woes.

Unfortunately people cannot be saved from their own stupidity.

Therefore addressing the underlying cause(s) of that left behind feeling would be a significant positive step, benefitting those individuals while also making the country more governable.