Long enough to break an old one.

Long enough to determine whether a business idea has legs.

Long enough to settle into a new job. To stop feeling like a martian.

Long enough to assess if a long-dormant flame can be rekindled. Or has gone out.

150 years ago, Jules Verne’s fictional character Phileas Fogg sought to circumnavigate the globe within that time frame, hoping to win a wager worth more than £2.2 million in today’s money. An ambitious goal in those days before aeroplanes.

Long ago I foolishly signed up for my first half marathon. Roughly 80 days passed from couch to possessing the stamina required to run the distance. “Comfortably” run would have been a gross overstatement!

A couple of years ago I gave up drinking. 74 days elapsed before the pavlovian “beer o’clock” instinct dissipated. To be able to walk past a pub without experiencing a sense of longing.

Today marks the 80th day of my coronavirus pandemic lockdown. During that time I haven’t travelled around the world. Invented perpetual motion. Performed alchemy. Nor written a novel.

Instead, like many folks, I have been muddling through full-time remote working while concurrently attempting to homeschool my kids. Time management with the difficulty level set to “extreme”.

At the start of those 80 days, I decided to maintain a daily journal of my thoughts and feelings as I experienced this most interesting of times. A life-threatening pandemic sweeping the globe. Governments around the world voluntarily inducing a recession the likes of which hadn’t been experienced within living memory.

Shooting from the hip. Firing blind. With no seasoned experts to ask. No proven playbook to follow.

How did I react to things?

What did I think would happen next?

How adept was I at filtering the facts from the “fake news” and propaganda?

The sorts of thing that we gloss over or forget after the fact, as selective memory and survivorship bias carry us inexorably forwards in a bubble of overconfidence and self-delusion.

The tone of a journal is different to a blog post. Fallible. Raw. Transparent. Unedited.

Random and disjointed. The way real-life feels as it unfolds. Before we know how the story ends.

Truth be told I haven’t enjoyed the daily journaling experience. The uncomfortable exploration of reactions that I would normally gloss over or skip past. Processing feelings to turn them into words.

It has been educational. I have learned a thing or two about myself. Not all of them good.

It turns out I am terrible at predicting outcomes.

Overestimating the present. Taking an immediate issue. Projecting it forwards. Scaling it outwards.

The sky is falling. A plague of Justinian proportions is upon us. Preppers of the world, this is your time to shine. Everybody else, “welcome to dystopia”.

Underestimating the future. Life on Earth has existed for billions of years. Agrarian humans for at least ten thousand of those. When viewed through such a lens, nothing in the daily news really matters.

It took 58 years for humans to go from making the first powered flight to flying amongst the stars. Two generations. A single lifetime. Yet in terms of human history, a mere blink of the eye.

The Pony Express delivered the news of President Lincoln’s inauguration in 1860 to America’s west coast at a bandwidth of roughly 1 byte per second. 160 years later, researchers demonstrated data transmission via fibre optic cable at more than 40,000,000,000,000 times that speed.

The rate of improvement is staggering when you think about it, yet we barely notice each incremental enhancement before swiftly adapting and taking it for granted.

It appears that short term outcomes seldom pan out as we predict. Sporting results. The weather.

Long term directions of travel can be easier. However, my likelihood of getting both the timing right and backing the eventual winners is vanishingly small. Passive index trackers are as much a salve to my ego as my net worth!

It also turns out I am more easily influenced by what I read than I had previously appreciated.

My short term thinking clouded by the chattering voices I had admitted into my consumption bubble.

Talking heads in the media. Misaligned commercials demanding they alarm, exaggerate, or titillate to entice and retain their audience. The more sensational the narrative, the larger the drawcard.

Random strangers on social media. Pithy. Witty. As confidently uninformed as I am. Often more so.

The occasional thoughtful blogger. Sharing rational perspectives and sending well-reasoned arguments out into the void.

Once I became aware that I was so influenced by the information I was consuming, I gave my Feedly and social media feeds a spring clean. Seeking to improve the signal to noise ratio.

The sheer number of RSS subscriptions to dead or long-dormant Personal Finance blogs which had come and gone throughout the two years that { in·deed·a·bly } has existed was disheartening.

Noise reduced, I was left with the first problem I had observed: being piss poor at predicting the future. That one is not so easily dealt with.

While I was writing this post, I was listening to an old band from my university days who had briefly reunited for a virtual fundraising concert. The chorus of their opening song taunted me.

“This life well it’s slipping right through my hands

These days turned out nothing like I had planned

These days turned out nothing like I had planned”

With my crystal ball’s predictive powers having proven to be demonstrably fallible, what did that mean for the carefully laid plans that I had layered upon them?

Do they stand up to scrutiny?

Or were they just as full of faulty assumption, bias, hopes, over-confidence, self-delusion, and wishful thinking?

What would happen if I burned it all down? Started over, completely from scratch?

Rip off decades worth of band-aids and duct tape.

Take a wrecking ball to the accumulated baggage.

Dispense with the matrimonial peacekeeping devices.

Take a one-off tax hit on the chin, while performing the mother of all asset allocation rebalances.

What if I discovered that I had been wrong, about everything? Potentially humbling, but better to know now and start doing something about it.

What if I discovered that I had been overly conservative? Too much resilience. Too many redundancies. My risk tolerance placing me at the tin-foil hat end of the paranoia spectrum.

What if I discovered that when viewed through a fresh pair of eyes, I had already crossed the finishing line? Overshot the runway. Enduring conference call hell and playing time zone tennis for no good reason whatsoever.

An uneasy feeling of impending doom settled in the pit of my stomach.

Questions raised and curiosity piqued I… procrastinated mightily. Finished watching the concert. Put my younger son to bed with three bedtime stories. Shopped around for a better deal on a landlord insurance policy renewal. I even defrosted the freezer!

Eventually, I admitted to myself that impersonating an ostrich wasn’t going to make those questions go away. With a heavy sigh, I hunkered down and started torturing some numbers.

That number proved to be larger than I had expected.

My faulty mental accounting for capital gains tax had overestimated the financial friction involved in selling some assets.

Next, I ran a few simple “what if?” scenarios.

There would be a corresponding loss of potential capital growth, as the absence of leverage would also mean I owned fewer assets.

This additional yield comes at a high price in terms of forgone total returns however, as many growing companies reinvest profits rather than distributing them as dividends. 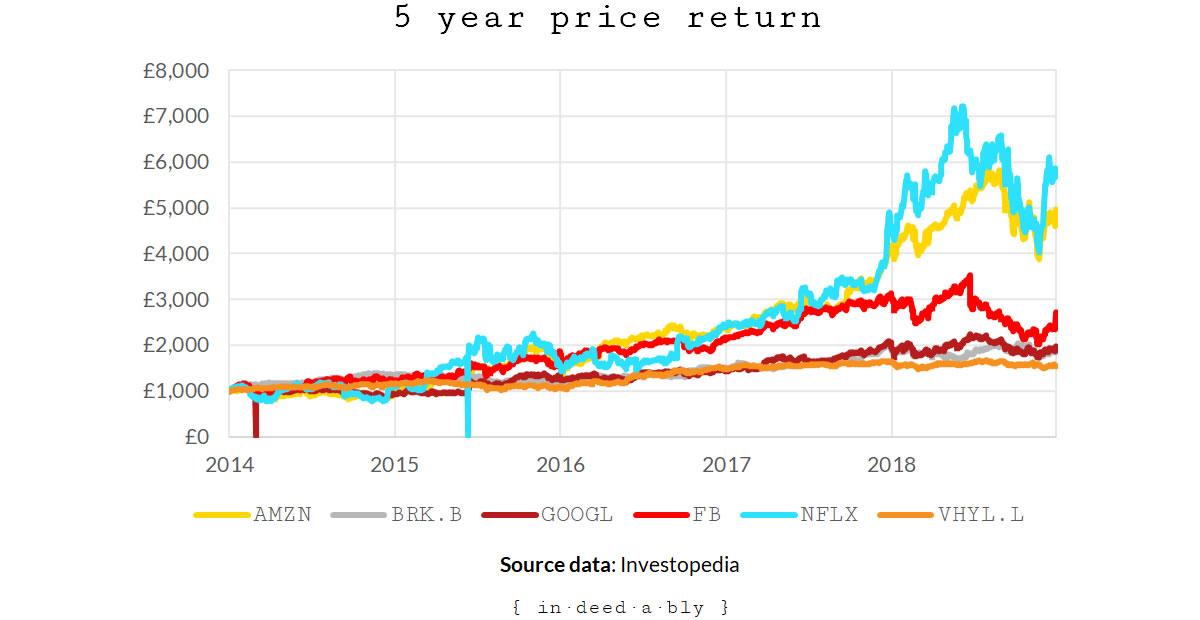 This is magnified by the inherent arbitrage favouring capital gains over dividend income that is present in the tax code.

This option trails Scenario 1 in terms of cash flow, while providing a side serving of bonds to facilitate “buying stocks when they are on sale” via rebalancing asset allocations. The difference was closer to rounding error than material however.

My natural inclination is to seek to live off the natural yield of my portfolio while preserving the capital.

Intellectually, I recognise this is irrational.

A dividend is a capital distribution, fundamentally little different to a share buyback. The only difference between a buyback and an investor selling a share is who chooses the timing of the sale.

What does this scenario look like? It involves making some assumptions about average total returns.

300 years worth of United Kingdom historical data tells us that real interest rates average about 3%. 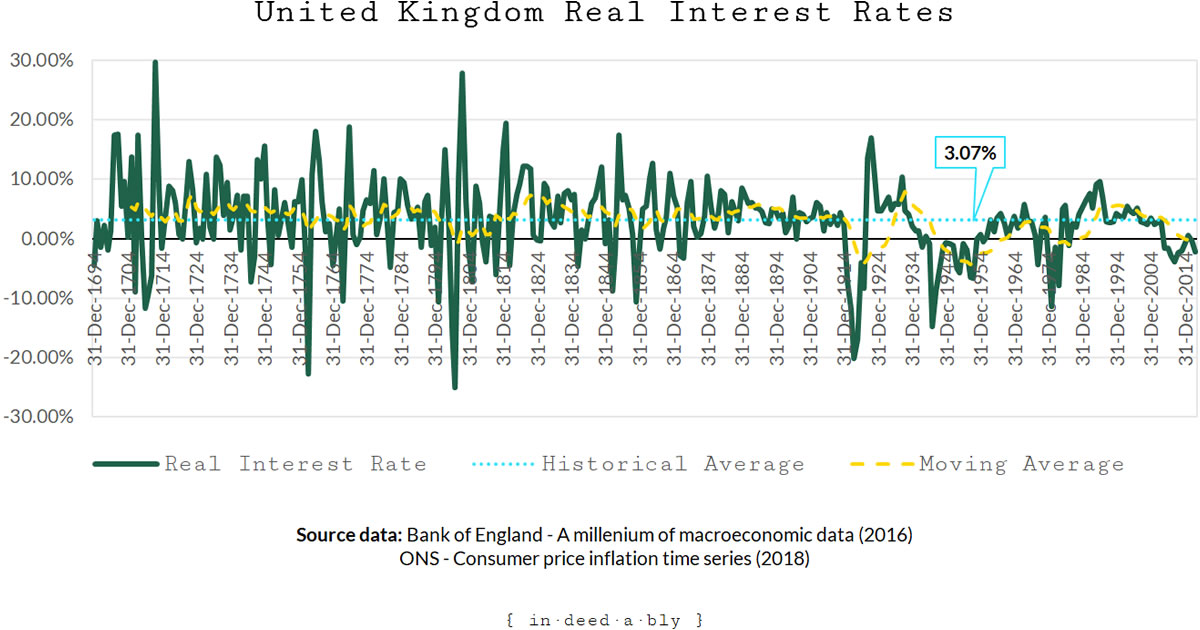 The stock market offers a risk premium above that.

The Americans argue that this premium averages about 4%.

Your mileage may vary. 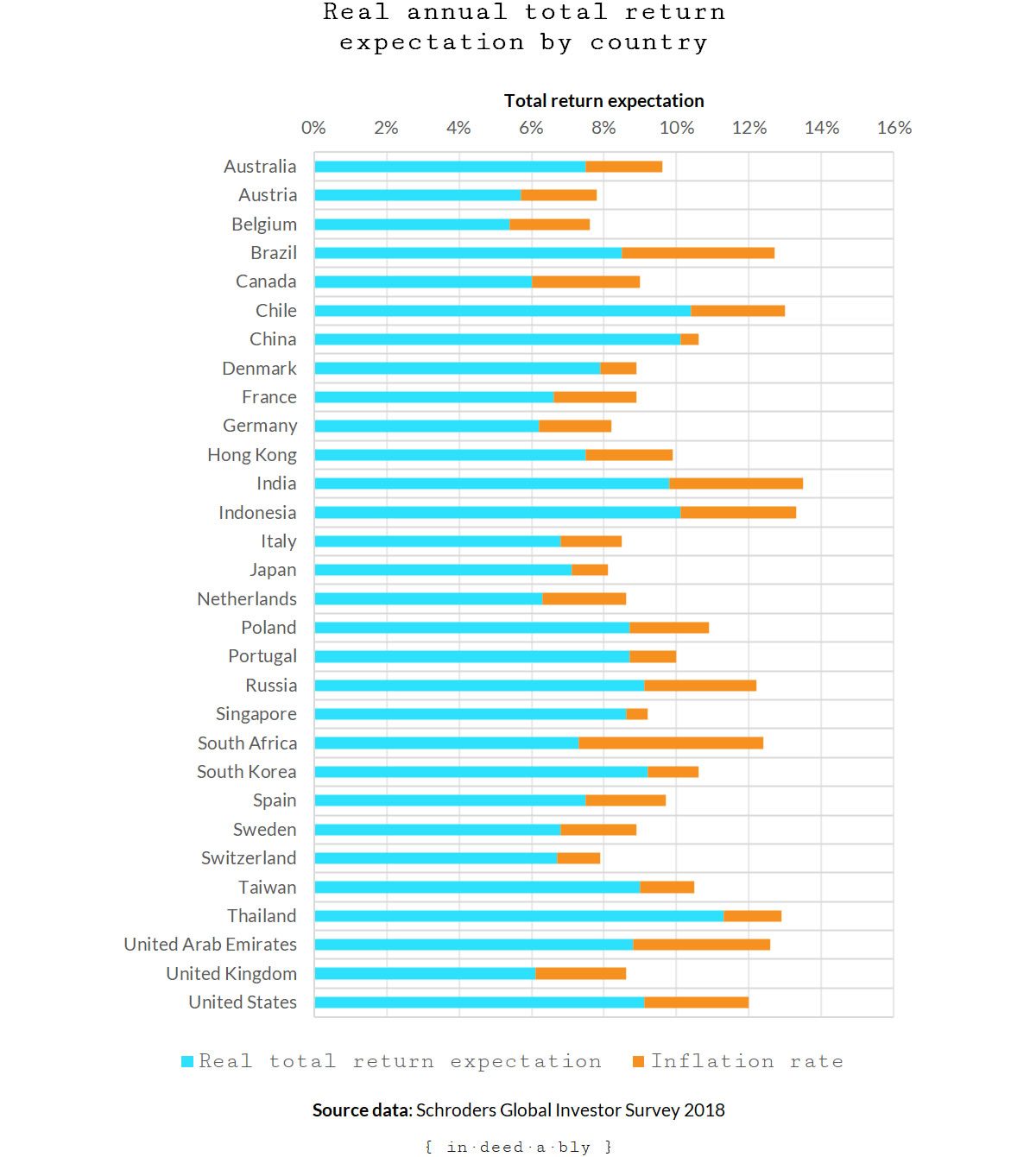 Add the two together and my average real total return assumption is 5%.

Now give that figure a hair cut to account for all the things that water down our investment returns. Brokerage. Ongoing charge figures. Platform fees. Taxes. User error.

Depending on your level of conservatism, that likely shakes out somewhere between 2.5% and 3.5%.

Which is what the more grounded end of the FIRE movement adopt as their withdrawal rate.

Scenario 5: Purchase my lady wife’s “dream” house and invest the rest in a high yielding ETF?

Capitulate in the epic battle between the powers of homeownership and financial independence. Buy outright the equivalent of the house we currently rent, in the neighbourhood we currently live in.

Scenario 6: Purchase a more reasonably priced house and invest the rest in a high yielding ETF?

Purchase a more moderately priced home in a lower cost locale. Possibly near the beach!

Passive income exceeding lifestyle costs, meaning I would have won the game.

It wouldn’t be all unicorns and rainbows however, the likelihood of a divorce would be high.

After double-checking my formulae and figures, I sat back and felt somewhat bewildered.

All six scenarios produced a more advantageous cashflow outcome than my current financial arrangement. Was I really doing it wrong?

Closer inspection revealed the additional cashflow came from liberating equity “trapped” in capital growth orientated real estate holdings. Over time, the anticipated capital appreciation should materially exceed the cashflows displayed here. That was the theory, but wishful thinking is not a financial plan!

It is a pattern I had successfully applied many times in the past. Buy. Create value. Ride the wave as the carefully chosen neighbourhood appreciates or gentrifies. Each investment is sufficiently cashflow positive to be self-funding, but in several cases not much more than that.

This thought experiment raised an interesting question: when is it time to change gears?

To flip the switch from capital accumulation to cashflow generation?

A capital growth mindset has gotten me to this point, but my semi-retired lifestyle demands a certain level of cashflow to sustain it.

The greater that cashflow, the briefer my winter working hibernations need to be.

The higher the property prices, the longer the journey. An obvious statement, yet one that is often overlooked during the pursuit of side hustles and career advancement.

In my case, these scenarios demonstrated that financial independence would be instantly attainable by relocating just half an hour further away from the centre of London.

Simple, but certainly not easy!