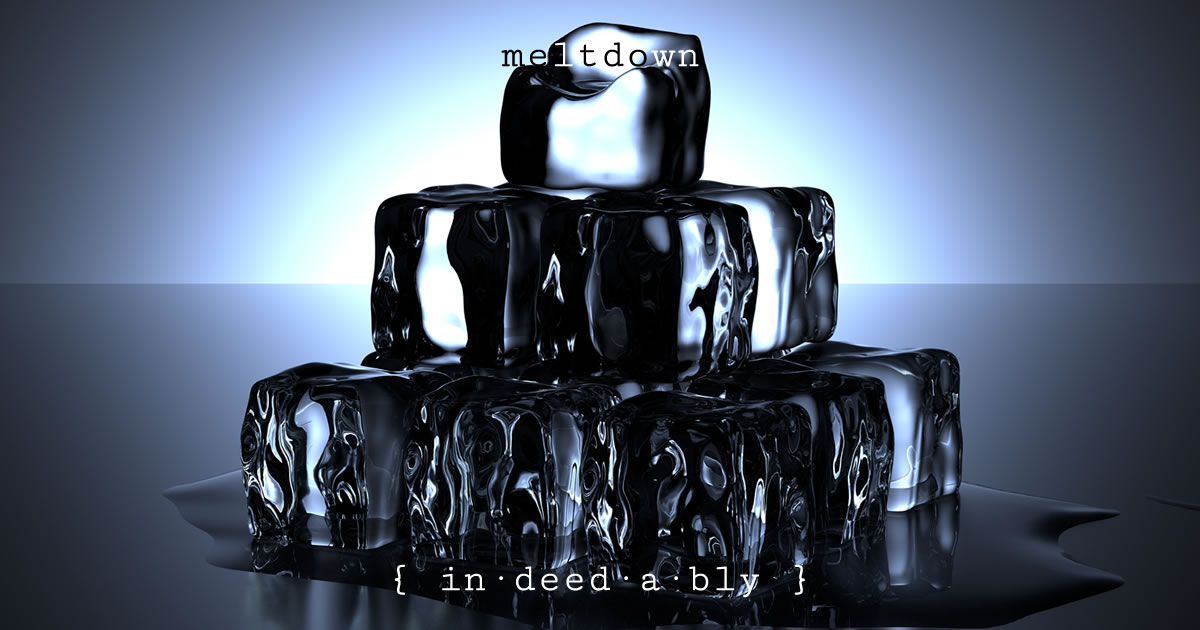 Mateo’s restful slumber was shattered by the incessant yapping of his neighbour’s hyperactive King Charles spaniel. It was late on a cool overcast Tuesday morning in Buenos Aires, the sort of weather that encourages hitting the snooze button and dozing for a bit longer.

His jet lagged brain took a bewildered moment to orientate itself to its surroundings. He was home. At last!

The long haul flight had been an endurance test. Delayed departing. Turbulent throughout. Late arriving.

He had run the immigration gauntlet on autopilot.

At least customs was quick. The airline conceding they had lost his bag, so he really did have nothing to declare.

Uber drivers were attempting to trigger surge pricing by playing the accept and cancel game. Mateo bypassed the crowd and grabbed a traditional taxi for the ride home.

It cost a small fortune, but he was beyond caring. Sometimes you just have to pay what it costs.

The moment he entered his flat, Mateo had kicked off his shoes, collapsed onto his bed, and fallen into an exhausted sleep.

Mateo abandoned any hope of returning to sleep. He awkwardly writhed like a drunk who had been stunned by a taser, as he extracted his phone from the trouser pocket he had been lying on.

It was still on airplane mode from the flight the night before.

After reconnecting to the outside world, he idly skimmed through the news headlines.

The incumbent President, who had been running the austerity playbook, had been soundly defeated in the election primary by a fantasy-land populist. “Shit!”

The currency was down over 40% from this time last year. “Bugger!”

All things considered, the week had gotten off to a sub-optimal start. What else could possibly go wrong?

Not just any stockbroking firm, the brokerage Mateo used.

With a sinking feeling of impending doom, Mateo checked his email.

Over the course of the previous day, while Mateo had been flying home, his broker had sent him a series of increasingly animated messages.

08:34 – There is a likelihood of election related market volatility, we advise keeping a cool head. Investing is a long term game, ignore the noise and focus on the goal.

12:02 – The magnitude of the volatility is larger than expected, we advise staying the course. Compounding returns become more powerful the longer they are left uninterrupted.

15:27 – There is no doubt that investors have had a tough day at the office today. Only those who sell actually lose money when the market falls.

17:00 – This is an automated margin call. Your brokerage account contains inadequate security to support your margin lending facility. Please credit further security within three business days, or your trading positions may be closed out.

19:35 – Please be advised that due to the unusually high market volatility we will close out inadequately secured margin positions when the market opens tomorrow. We apologise for any inconvenience caused.

21:32 – Please review the revised list of securities that will be accepted as collateral for margin facilities, effective immediately. We apologise for any inconvenience caused.

He skimmed through the list. None of his shareholdings were included. “Oh bother!”

Mateo was a master of procrastination. Delaying the inevitable, he switched to the business section of the national newspaper website and scrolled through the headlines.

He quickly closed the browser window. Hope and happiness is seldom to be found in the news!

The majority of Mateo’s financial knowledge had been self taught. There was a scarcity of accessible and well written financial content in his homeland, so he did what a generation of new investors had done before him: turned to the internet.

Mateo had read about the importance of diversification.

Early on, he had discovered the Boglehead’s three fund portfolio. This spoke of breaking up your portfolio into three discrete buckets: one for bonds, one for domestic equities, and one for international equities.

Mateo had heard that playing with foreign currencies introduced additional risks. Therefore he thought he would mitigate that risk by holding all his investments in his familiar local currency: the Argentine Peso.

Living in Argentina, Mateo invested a third of his assets in local government bonds. The yields appeared attractive, in the region of 25%. That was a much better return than all those Americans and Europeans wrote of achieving!

He invested a third in the low cost iShares ETF that tracked the domestic Argentinian market index, again denominated in the local currency. The collective wisdom of the internet repeatedly stated that stock-pickers were playing a game they could only lose over the long term.

The final third he invested in a locally listed global index tracker.

Progress was excruciatingly slow. The Argentinian market made for a more volatile ride than the websites described.

Mateo was impatient. He was smart and worked hard, his money should work hard too. He read up on margin lending, a way to use leverage to potentially boost his returns.

The broker would not accept the passive tracker funds as security for a margin facility, so he sold them and invested directly in local companies instead.

Mateo’s primary sources of information were business magazines and the finance section of the daily newspaper. There were regular features about some CEOs, where they spoke about how good a job they were doing, and promised great returns ahead for investors.

He didn’t rate the prospects of many of the companies in the index, so he cherry-picked those he believed were well placed to outperform the market. Surely his returns would beat the index if he avoided the companies that were dinosaurs, losers or zombies?

Mateo’s broker established a margin facility that let him borrow up to 25% of his portfolio value, at an interest rate lower than the cost of a standard variable mortgage.

He heeded the advice of some of the wise bloggers he followed, and went all in. “Fear is a limiting belief. Fortune favours the bold. Take massive action, today!”

Next Mateo had learned of a way to boost the yield on his bond holdings.

A blogger had written about using selling leveraged short term “out of the money” naked put options, secured by bond holdings. There was a bunch of stuff about standard deviations that Mateo didn’t really understand, but anything involving nudity was alright by him.

A put option meant Mateo was selling insurance to investors who were worried about market falls. Many of the early retirement bloggers he had been reading described the inevitability of market rises. “The market always goes up over the long term, it is almost guaranteed.”

Every time the market closed higher, Mateo would pocket the sale price of the options. A small win, but a win nonetheless!

The naked part meant Mateo would incur all the downside risk if the market dipped.

The leveraged part meant his potential downside exceeded the security of his bond investments. Several times over.

Mateo fancied himself a stoic. Any losses were merely cost of doing business. If there was no chance of winning a prize then nobody would play the lottery. As the life coaching bloggers write about their power lifting: “no pain, no gain”.

The stockbroker had closed out all his equity positions, his holdings no longer acceptable security for his margin facility. The sale locked in his losses, at the end of a day when the market’s value had halved.

His short term naked put options were now definitely “in the money”. Those punters playing in his casino had all hit the jackpot at once.

They had purchased the right, but not the obligation, to sell their holdings at a price slightly lower than where the market had been trading a week ago. Given the market values of those holdings had just been cut in half, you bet they wanted to exercise that option!

Mateo was scared. His portfolio was worth a mere fraction of what it had been the day before.

He recognised the same options and leverage that stood to boost his gains during good times had blown up on him. However he didn’t understand just how bad the picture was, or what to do next.

DIY is fun, when it works, but there comes a time to call in an expert.

Reluctantly Mateo swallowed his pride and phoned his stockbroker. He was more than a little relieved to discover a living, breathing person existed behind the brokerage app and website.

After being put on hold, and transferred between several departments, Mateo eventually spoke to a nice lady who grasped the magnitude of his problem. She formulated a plan to extricate him from the deep financial hole he found himself in. It wouldn’t be cheap, but she thought it was doable.

A few days later, the last of the trades required to exit Mateo’s positions had been settled. He hadn’t been bankrupted, but his net worth was greatly reduced.

Careful who you listen to

Mateo’s ego was bruised, and his finances were battered.

He had lost faith in the wisdom of bloggers. The real world bore little resemblance to the calm, certain, quick and easy place they so often described it to be.

Mateo recognised that he hadn’t understood many of the finer points about investing, leverage, and risk mitigation. He was certain that many of the bloggers didn’t understand them any better than he did.

He had also lost faith in the sanity of his homeland’s voters, the competency of its leaders, and the future prospects for its economy. A plummeting currency, and wishful thinking thinly disguised as government policy, provide a poor foundation for the future.

Mateo decided to move overseas in search of stability and opportunity.

He briefly considered the locations where many of those bloggers lived.

Britain? Boris, Brexit, and Corbyn as the alternative government.

With a wry chuckle he reflected that if he wanted to continue riding in a clown car of uncertainty he may as well stay home!

Instead, Mateo started to research how much it would cost to buy a European passport.

He remembered reading somewhere that it was possible to purchase EU residency in Bulgaria simply by purchasing a €40,000 property and living in it for six months.

After that he would go to Denmark, where he had read that a bank  was offering negative interest rate mortgages where they paid you to borrow money!