“Ladies and gentleman, please make sure your seat backs and tray tables are in their full upright position and that your seat belt is correctly fastened. Also, your portable electronic devices must be set to ‘airplane’ mode until an announcement is made upon arrival. Thank you.”

After putting away his toys, my younger son pointed out the window and shouted: “look, there is a flying unicorn!”. Playing along, I glanced out the window as he expertly stole my phone with a gleeful cackle, before swiftly rendering it incommunicado.

He played a couple of levels of a game called Lemmings, an astute social commentary about folks sleepwalking through life while blindly following the herd. The goal is to successfully guide the Lemmings through a maze, saving them from themselves as they would happily walk off cliffs or drown in puddles.

My phone was returned as the plane thundered down the runaway and leapt into the sky.

I noticed there was a new email notification. With absolutely nothing better to do at that moment, I clicked on it and was greeted with a message from the National Lottery announcing: 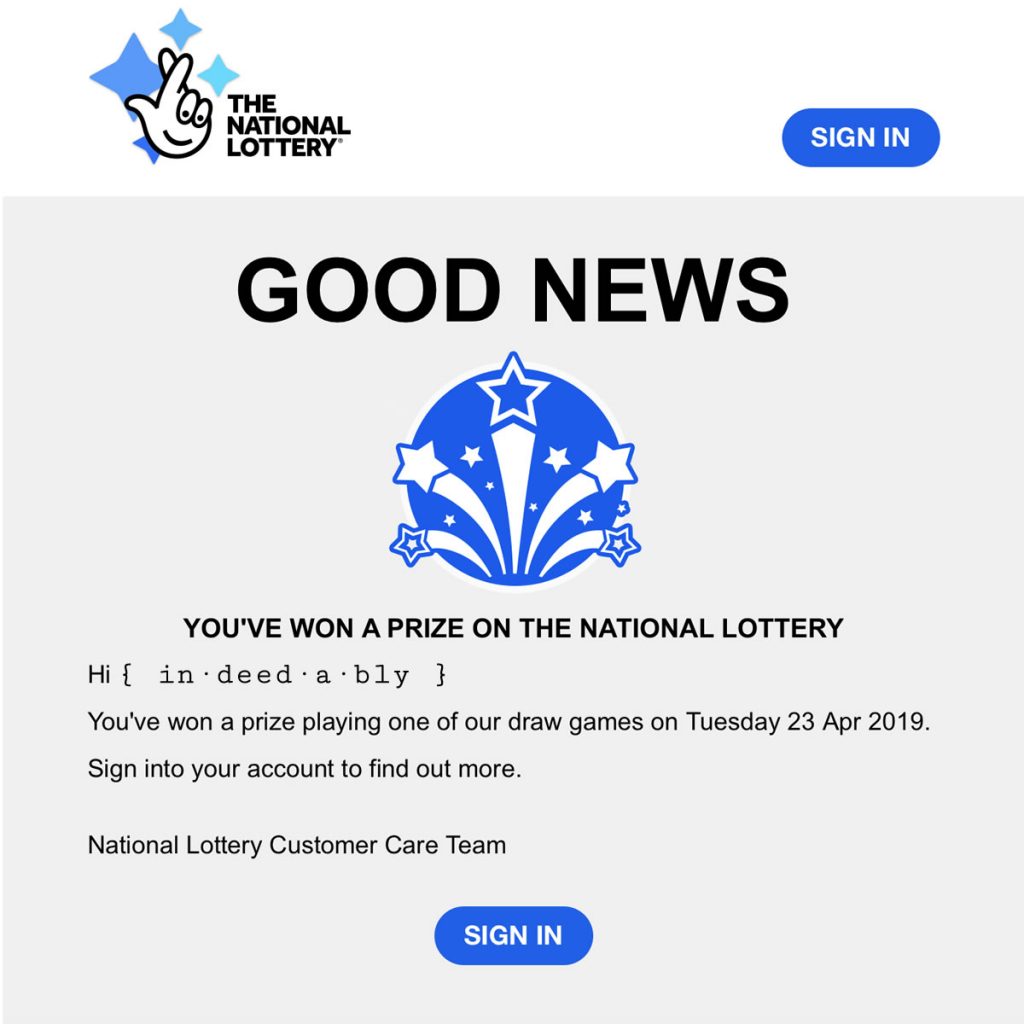 Butterflies in my stomach.

I had won something in the lottery!

Maybe even won a prize worth a life-changing amount of money!!

I briefly daydreamed about what a significant windfall might enable, consciously enjoying the euphoric feeling of unlimited possibilities.

Before long my inner saboteur gave me a mental slap upside the head, warning me to not get carried away. The odds of winning anything more than a happy meal were slightly longer than my being both awarded the Nobel prize in Economics AND cast as the new Indiana Jones.

I briefly reflected on that reality check and realised that while correct, it didn’t actually matter.

It wasn’t the prospect of a monetary win that had me excited, it was that feeling of possibility.

The frisson of excitement between completing an exam and finding out the results.

That buzz between realising there is enough free cash for a new investment and pulling the trigger.

The sense of anticipation between making a client pitch and hearing whether I had won the project.

The dopamine hit that occurs when hitting publish on a blog post, before learning whether it generates a thoughtful discussion amongst an engaged audience… or the sound of crickets.

I enjoy that feeling.

Then it occurred to me that for once I could just let that feeling run.

I was stuck on a plane for the next 10 hours. Unable to verify the win, no matter how tempted I may be.

Our destination was a place that hadn’t yet discovered the internet. We’d be there for a week.

Then another 10 hours back home again.

A couple of months ago the National Lottery launched a new game called “Set for life”.

A traditional lottery that pays out the sort of lump sum that is guaranteed to spark jealousy, magnetically attract handout seeking friends, and long lost relatives.

That prize is a lovely windfall, but unlike a lump sum prize, it is also something we can wish into being given sufficient funds.

If the idea behind the prize sounds vaguely familiar, it should. The prize is an annuity.

The good news is that we don’t need to invest that full principal amount upfront. If prudently invested, our initial principal should grow over time to make up the difference between our capital contribution and the total amount required to cover the monthly payments over 30 years.

If we were able to achieve the long term historical average base rate of 4.7%, then our £10,000 per month could be provided by an upfront capital contribution of less than £2,000,000.

It is worth remembering that a basic annuity, like the one used by the lottery, isn’t indexed against inflation. If the historical long term inflation rate were applied, the purchasing power of the final £10,000 payment would be the equivalent of just £5,890 in today’s money.

Perhaps creating an annuity isn’t as sexy as winning a 30 year tax-free income stream or lump sum prize worth millions in the lottery, but it would be more than sufficient to cover my lifestyle costs.

Such an arrangement may be of interest to those seeking a bridge between a long term loss of income and the age at which pension income becomes accessible. Examples might include:

Sometimes the relative certainty of a known quantity can be sexier than the alluring temptation of a potential big win. More than a few long-lasting marriages appear to be based upon this premise!

A decade ago Dos Equis beer ran a fun advertising campaign featuring Jonathan Goldsmith as the “Most Interesting Man in the World”. Each commercial raised the bar for ridiculousness, but they all ended with the infamous line “I don’t always drink beer, but when I do, I prefer Dos Equis”.

That tag line has provided the basis of thousands of internet memes, but also provides a useful template for diverting potentially destructive behaviours into less harmful ones.

I used to believe I was smarter than the average investor. That I could see things when researching companies that other investors had missed. That I could repeatedly and continuously pick winners and outperform the market.

Sometimes it may even have been true.

In time I realised that my performance was inconsistent and not at all reliable. The occasional big winner masking the underperformance of the bulk of my portfolio.

I chose to call it investing, but really I was just placing bets.

On average, my returns were respectable. At times even quite good.

Once I removed my rose coloured glasses and took an honest look, I couldn’t provide a rational explanation as to why one “investment” went up 10x, while the next five would merely tread water. Or worse.

I would make excuses, using spin and revisionist history to construct a plausible sounding narrative. The uncomfortable truth was I simply made educated guesses. Placed bets. And hoped to get lucky.

I recognised that it was the thrill of the unknown and the desire to win that drove my behaviour.

The chance that this time I might hit a home run.

The prospect of a monetary return overcame my natural aversion to investing my time in activities that don’t provide me with value, either monetary or pleasure.

I had been conflating that frisson of excitement with generating a return on investment.

Distinguishing between those two things allowed me to change my approach.

Investment returns can be played to win, or played not to lose.

Business ownership is a type of the former.

Diversification, low-cost index trackers, and annuities are examples of the latter.

My desire for the buzz that comes from the prospect of a large win can be satisfied more cheaply and honestly than making “investments” in stocks I have convinced myself should outperform.

“I don’t always chase the frisson of outperformance, but when I do, I buy lottery tickets”.

This leads me back to my son’s game of Lemmings. 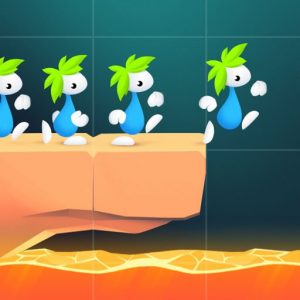 Those little green-haired creatures unthinkingly repeat the same actions over and over again. Despite the fact that they regularly blow themselves up, get chopped to pieces, or are swept up in bubbles that eventually burst and see them plummet to their doom.

It sounds a lot like a lot of people.

Are our behaviours consistent with the goals we strive to achieve?

With the values that we define ourselves by?

Or are we undermining ourselves? Our actions subconsciously sabotaging our hopes and dreams?

My winning lottery ticket didn’t make me rich, but the conscious enjoyment of the feeling that anything might be possible was certainly worth the price of the ticket.

The real prize was the self-awareness gained about the motivations driving my behaviours.

That insight could be priceless. A little less self-destructive Lemming, a little more likely to achieve my goals.