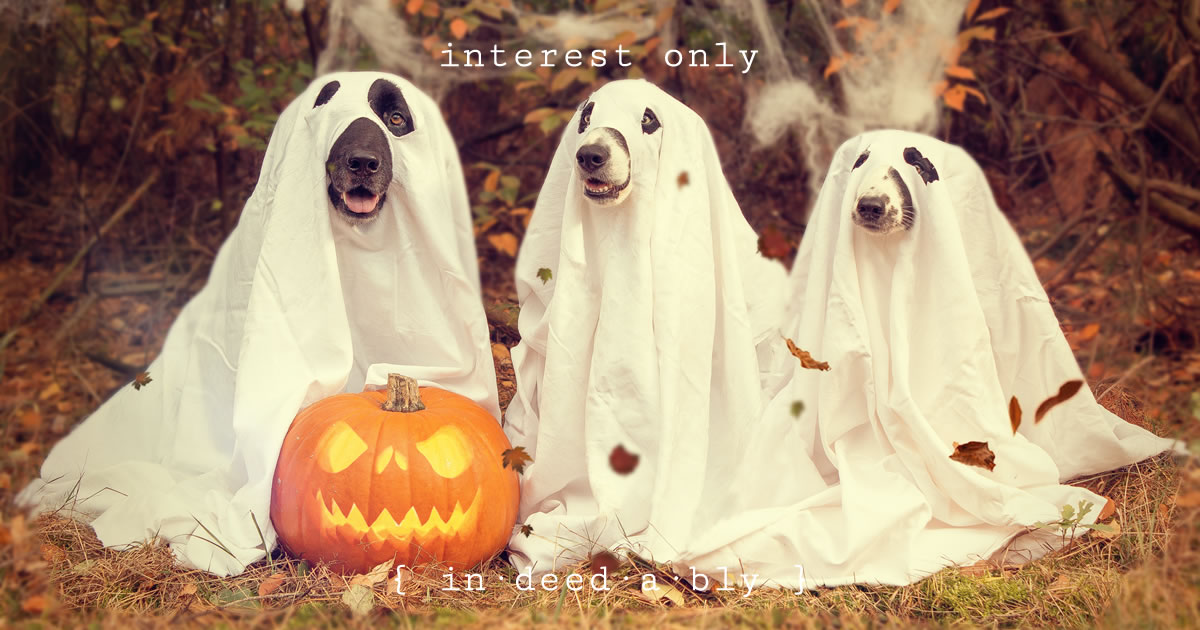 Louise emerged from the bank branch and performed a spontaneous happy dance.

Passers-by gave her worried looks and a wide berth. The only people who were ever that happy are either young children, drug-addled, mentally ill or ultra-religious.

Louise had just paid off her mortgage. Eight years early.

After a marathon seventeen years of hard graft. Scrimping and saving every spare penny in a determined effort to become debt-free as soon as possible. A homeowner in the true sense of the word.

Twenty years ago, Louise had been a high flyer in the technology world.

She hadn’t jumped aboard the freelancing gravy train as many of her colleagues had done. Too risky.

Instead, she stayed loyal to her employer. Worked hard. Did all that was asked of her and did it well.

Her reward was to be TUPEd to a global service provider, when her employer outsourced their technology function. Not a core function. Non-essential staff.

Spirit slowly crushed beneath the corporate realities of a “do more with less” mantra.

The outsourcer had a profit margin to defend. Louise was comparatively expensive for her skillset.

Her daily existence came to resemble an attritional game of chicken with an oncoming train. The outsourcer wanted her gone because she was too expensive. Louise wanted a redundancy payout.

Eventually, she blinked first. Life was too short to spend the better part of each working day feeling miserable and exploited. To waste her weekends silently dreading the approach of Monday morning.

She went back to school and retrained as a nurse.

Financially the move was an own goal, but she was performing work that she felt was meaningful and added value.

Some of the patients she helped even said thank you. Occasionally. The computers she once fixed for a living never did that.

Louise becoming debt-free was a commendable achievement. Particularly given the criminally low wages that nurses receive for the valuable work that they do.

Yet I can’t help thinking that Louise had scored another financial own goal by doing so.

Conventional wisdom says that all debt is bad.

However, as is so often the case, conventional wisdom is wrong.

Becoming debt-free is a powerful psychological safety blanket. Similar to the night light that keeps a young child’s dreams safe from imagined monsters hiding in the darkness.

Counterintuitive though it may seem, the careful use of debt can help us realise goals that would be impossible to achieve any other way.

Less irrational fear, more a case of choosing the right tool for the job.

Debt often gets conflated with the sensible sounding notion that if you can’t afford to pay cash for something, then you probably can’t afford it at all. This holds true in the context of foolish consumer debt like car leases, credit cards, and mobile phone plans. It misses the mark when debt is used to finance investment goals.

Many of us routinely deploy debt to help realise our goals.

Investing in our future earning potential via studying is one of the most powerful investment decisions we can make. Even if it means taking on student debt to do so.

Providing we make sensible choices about the future employment prospects for our chosen field of study, that investment will pay for itself many times over. The compounding returns achieved by increasing our earnings potential will be the most successful investment many of us will ever make.

Some students choose poorly. Running up debts studying disciplines that are unlikely to ever pay for themselves. Falling into the status-seeking trap of purchasing luxury branded degrees from expensive institutions. The cost/benefit outcome from these borrowing decisions can be disastrous.

A common definition of financial independence is living in a paid-off home and having enough additional savings set aside to sustainably cover the costs of leading a comfortable lifestyle.

Yet how many people can afford to pay cash upfront to purchase their home outright?

The rest of us take on debt in the form of a mortgage, to help us realise the dream of owning our own home. As time passes, and repayments are made, that debt reduces just like it did for Louise.

In the United Kingdom, homeownership is heavily tax-advantaged. Unlike other assets, we pay no capital gains tax on any increases in the value of the property, providing that we live in it.

This is a curious behaviour. Emotionally it may make sense. From a logical perspective, it is irrational.

Consider Louise’s paid off house as an example. She now has a house that she owns outright. However, all that hard-earned equity is effectively trapped and generating no income. Any capital growth the house may experience is only accessible if she were to sell it and move someplace else.

An alternative approach would be to take out an interest-only offset mortgage or line of credit.

Let’s imagine Louise drew down the principal of the loan and deposited it all in the offset account. She would incur no interest charges, as the loan balance minus the offset account balance would be £0. Financially she is in the same position that she is today with her fully paid-off house.

She can pursue that opportunity using funds from the offset account.

Louise would only pay interest on the amount of money she drew down. Providing the investment return exceeded the interest charges on the loan, the investment would be self-financing.

At the time of writing Coventry Building Society offers a 25 year offset mortgage with a variable interest rate of 2.19% per annum.

If Louise used borrowed funds to purchase VHYL shares, the investment would be generating excess cash flow of approximately 1.47% after covering the financing costs. She may also have to cover brokerage charges and taxes, though increasingly these days both are becoming optional.

In addition to the cash flow, those shares may increase in value over time. This is capital growth Louise would not have enjoyed had she simply paid off her house. Of course it is worth remembering that shares could fall in value rather than rise. There is always risk associated with potential reward.

To bring that to life, the table below outlines how this approach would have performed for Louise over the last 5 years.

It would have been a rollercoaster ride, but financially Louise would be better off.

I have deliberately selected the High Yield ETF for this case study because the cash flow it generates covers the interest payments on the loan, and because it has experienced ups and downs that reflect the vagaries of the stock market. In reality we should always consider total returns when evaluating investments, as chasing short term yield often results in missing out on long term growth.

Case studies and contrived outcomes are easy to pull together in support of virtually any argument. The approach I’m suggesting Louise consider isn’t just a hypothetical thought experiment. Rather it is a technique I have been successfully using for many years.

When I was 23 years old I bought a house.

Four bedrooms. Two and a half bathrooms. 3000+ square feet of living space. Double garage. Front and back yards.

A bit of research at the local government’s planning office had revealed plans to construct nearby a new shopping precinct, primary school, high school, football stadium and motorway to the city centre.

All would significantly boost the neighbourhood’s desirability, employment, and property prices.

I paid the purchase costs and 10% deposit in cash. That felt like a lot of money at the time.

The rest I borrowed via a home equity line of credit. No loan term limit. No set repayment schedule. Providing the loan limit wasn’t breached, the bank didn’t care whether I made repayments at all.

I hired a property manager. They found some good tenants. The rent more than covered the financing and holding costs. Gradually the tenants paid down the outstanding loan balance.

A couple of years later I drew down on the line of credit again, using the funds to pay for the deposit and purchasing costs of another property. This time I contributed no cash to the deal.

Once again I hired a property manager. They found some tenants. The rent more than covered the financing and holding costs.

That interest only lending facility has enabled the purchase of a half dozen properties over the years.

Today I still own that first property, and it still secures a line of credit lending facility.

But here is the thing: the purchasing power of the original £75,000 equivalent I borrowed way back then is today worth only £45,000. The amount of the loan may have remained the same, but inflation has eroded the value of the debt over time. Today it is worth only 60% of what it once was, while the value of the property has doubled in real terms.

None of this would have been possible if I had copied Louise’s very sensible and measured approach. Instead, I would own only that original property, which by now would probably be just about paid off.

Now before you rush out and load up on interest-only debt secured by your family home, hear some words of caution.

Secondly, while you may be able to postpone it for decades, eventually the loan will need to be repaid.

Thirdly, mortgages are diabolically difficult to obtain once you are no longer earning a regular pay cheque. If you do want to line up a lending facility, do it before you quit the rat race and retire!

Deploying borrowed funds to further our investing goals is not something we should be scared of. However, before we do so, we should always have a feasible plan for how we will pay them back.

Louise was justifiably proud of her achievement in paying off her home. I just wonder whether she would have been quite so happy, had she been a little better financially educated and a little less afraid of using debt as a tool.

Save the fear for things that can be neither understood nor explained.