“A recent report claimed that 85% of the jobs there will be in 2030 have not yet been created. What do you think these jobs are, and which ones will no longer exist?”

Nearly 60 years ago, the world watched with fascination as brave explorers and smart engineers pushed the boundaries of innovation, knowledge and science in their quest to reach the stars.

Like over-competitive siblings, America and the Soviet Union each sought to trump the remarkable achievements of the other.

Yuri Gagarin became the first human in space, then the first to orbit the Earth.

Neil Armstrong and Buzz Aldrin walked on the moon. Not to be outdone, Shepherd played golf there.

Seeking to capitalise on the public’s fascination with all things space-related, the ABC television network premiered a futuristic cartoon show set in the year 2062. It was called the Jetsons.

The Jetson family lived in a world of flying cars, talking computers, autonomous robots, and clones.

George’s best friend was a computer. His children were looked after by a robot maid/nanny.

Today, we are well passed the halfway point on the journey towards the Jetson era.

Flying cars remain some way off. Technology has veered down autonomous driving and electric road vehicle tangents. For now.

The notion of living in space cities appears as fanciful today as it did back in the 1960s.

However, several of the other predictions have come to pass.

Alexa, Bixby, Cortana, Google Assistant, Siri, TomTom and Waze are all forms of talking computers, though few would consider them best friends.

Boston Dynamics built a robotic person who can parkour, and a robotic dog who can open doors.

Set some 200 years after the Jetson’s era, Captain Kirk and his crew were exploring a post-scarcity universe in a space ship that travelled faster than the speed of light.

They enjoyed some amazing innovations including real-time universal language translation, instantaneous transportation between known locations, and 3D printers capable of rendering pretty much anything they desired on demand.

In real life, today we have 3D printers capable of producing entire homes in a matter of hours.

Universal language has evolved from a pipe-dream to a realistic probability, already baked into search engines and spreadsheets. It isn’t perfect, but it is often good enough.

One of my favourite authors is Peter F Hamilton, who writes science fiction set in a richly imagined future that touches on all manner of societal and technological change. His predictive universe also began around the time of the Jetson’s era, with the invention of instantaneous transportation allowing humanity to colonise and eventually terraform other worlds.

Hamilton’s work touches upon numerous themes that innovation and technological possibilities have left society struggling with:

This was a universe where anything was possible for those of means.

Yet for the many, their day-to-day lives were little different to the present day.

The struggle to earn a living. Raise a family. Find happiness and contentment.

Or to just survive. 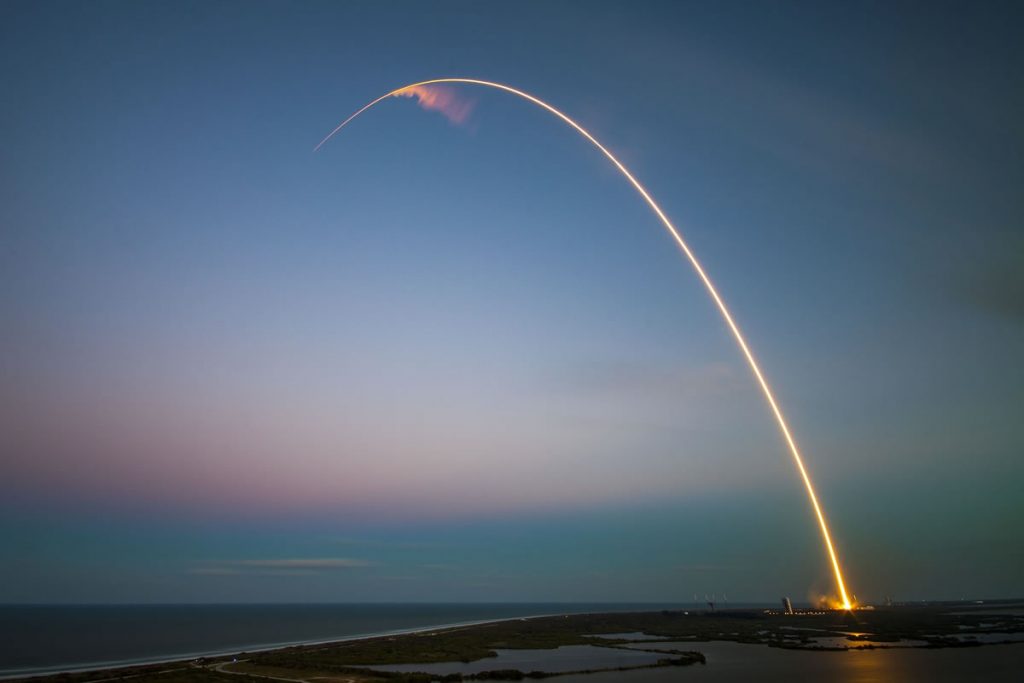 These three distinct imaginings of what the future may hold illustrate the nature of predictions.

Accuracy in the minute details is unlikely.

Indeed, there is more overlap than divergence between these three separately imagined futures for humanity.

We can apply a similar lens to the future of employment.

Will the exact specifics of the Institute for the Future’s headline-grabbing prediction that “around 85% of the jobs that today’s learners will be doing in 2030 haven’t been invented yet” prove to be true?

However, does the theme ring true that in a decade’s time many of the jobs available to school leavers and graduates will differ from those available today?

Change is constant, yet nothing really changes

Over recent history, there have been a number of readily apparent employment trends.

Automation and technology have improved productivity.

Concurrently lowering the prices of many goods while reducing the number of workers required to perform many business activities.

The goal of this business activity has remained unchanged since the earliest farmers tired of their uncertain and nomadic hunter-gather lifestyle.

However, the process via which that business activity gets accomplished has evolved. Growing ever more efficient over numerous generations of innovation.

Crops were once sewn by hand using shovels and hoes.

Horse, cattle, or human-drawn ploughs sped up the process, reducing the number of workers required to perform the task.

Tractors replaced the living engine of the plough, increasing productivity and reducing cost.

Autonomous vehicles combined with visual recognition and machine learning technology are in the process of removing the need for human involvement almost entirely.

Once upon a time nearly everyone worked on a farm. Soon hardly anyone will.

With each successive generation, economies of scale have grown while the cost of production has fallen.

This translates into some combination of higher profit margins for producers and lower costs to consumers. 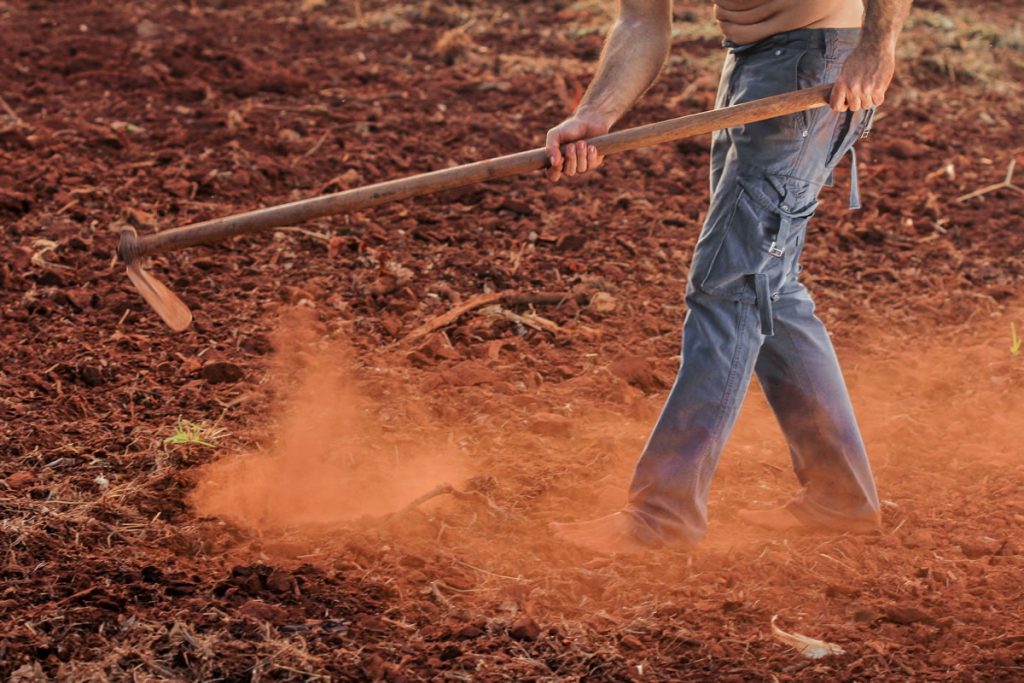 Identify the pattern to predict the future

A similar innovation timeline can be traced through many professions.

Carpenters once needed to cut down trees, saw, sand, and nail timber manually by hand.

Today the hardware store does same-day delivery of correctly sized pre-cut lumber, which can be quickly assembled using electric tools.

Huf houses, assembled IKEA style out of a box, and the 3D printing of entire low-cost houses readily provide a glimpse into the foreseeable future. Working with timber will eventually becomes a quaint artisan skill, like stone masonry is today.

Programmers once painstakingly wrote out algorithms by hand. They had to book scarce processor time to execute their creations. Their code needed to be efficient, elegant and exacting just to function.

Programming languages and frameworks have abstracted away the need to consider or understand how the machines that the algorithms run on actually work.

The majority have become like drivers of cars, operating machinery about which they have scant little knowledge or understanding. For all intents and purposes, it work by magic!

Just like carpentry and farming, the combination of automation, modularisation and standardisation has steadily improved productivity. Achieving the same business outcome requires ever fewer programmers.

Stepping back up to the levels of themes, the already existing trend towards automation and efficiency will inevitably continue.

This means that any role that can be distilled down to a set of pre-defined and repeatable decision-making rules will eventually be performed by a computer.

That includes many of the knowledge based white collar professions that are so popular today.

But it is most certainly a question of when it happens, not if.

Case study: the future of teaching

Let’s apply that lens to teaching.

At first thought, the idea that all students could be consistently taught seems ridiculously naïve.

However, standardisation is already widespread.

Firstly, they teach the standardised curriculum. One size fits all, at least in theory.

Secondly, they provide remedial assistance to those students who need it.

Thirdly, they supervise the students. Breaking up fights. Making sure the kids don’t light the classroom, or each other, on fire.

The teaching part can be readily fulfilled in a standard way.

Massive Open Online Course participation highlights that millions of students are willing to embrace cost-effective standardised teaching, particularly where it is taught by a world-leading educator.

A single inaccessible and remote teacher concurrently educating an infinite number of students.

The eyewatering withdrawal rate of students from MOOC courses also demonstrates that standardised teaching alone does not guarantee a successful learning outcome.

Remedial assistance is only required by exception.

A tailored need for those students who don’t fit the standard mould.

This service is already widely provided by private tutors, but only to those with means to afford it. Coaching their students to overcome learning difficulties, pass exams, or gain university admission.

At the moment the state school system purports to meet the needs of all students. However overworked and underpaid teachers struggle to cope with the competing demands on their time.

It only takes one disruptive or needy student to monopolise the teacher’s time and attention,  consequently stunting the progress of the remainder of the class.

The supervisory role is an unskilled one, little different to a neighbourhood childminder or supermarket security guard. It doesn’t require a university degree or any particular qualification. Just a high noise tolerance and infinite patience.

Bringing those threads back together, technology and standardisation will greatly reduce the demand for qualified teachers.

Some will transition into highly skilled tutoring roles, bridging the gap between the standardised learning received by the majority of students, and delivering tailored supplementary or remedial learning to the much smaller number of students who require it.

The majority will eventually need to find an alternative line of work.

A similar outcome can be predicted for many other knowledge-based professions. A simple continuation of the same automation journey that saw robots replace production line workers a generation ago.

The timing will vary, but not the end result.

A seldom discussed truth is that this is actually a good thing. A mark of progress.

We no longer have hordes of lamp lighters lighting our streetlights every night. Nor do we have legions of night soil collectors and chimney sweeps roaming the city streets.

Just like those of the scythe wielding fieldworker and the mainframe programmer.

But here is the thing: the vast majority of workers formerly engaged in those professions re-skilled and moved on to new jobs in alternative fields.

They had to. It was a matter of survival. Most lacked any other means of providing for their families.

The same will hold true for the workers in the endangered professions of today.

Their jobs will get outsourced to lowest cost providers. Then off-shored to workers with lower living costs.  Before eventually being eliminated altogether, by the irresistible forces of automation, progress, and standardisation.

This is not a new phenomenon. It has even been thus.

As inevitable as it is inconvenient when it directly impacts us.

Part of the same evolutionary cycle of innovation that will one day see those futuristic imaginings realised. Conquering the ageing process. Flying cars. Travelling between the stars. Unlimited free energy.