Bert had spent 21 years waking up early. Rain or shine he would ride his bike, in the dark, through the town to the train station. There he would buy an overpriced bucket of awful coffee, and pray to the public transportation gods that his train would actually be running.

He had long since abandoned hope that the trains might actually be running on time. Miracles like that only happen in fairy stories, for Bert was a Southern Rail commuter.

At 50 years of age, Bert was reasonably content with his lot in life. He lived in a comfortable house with his supportive wife and infant son.

Bert had topped out in his career, having long ago elected to become a niche domain specialist rather than joining the ranks of middle management. It paid well enough, and didn’t involve lying to staff during bonus appraisals or stitching them up by setting unattainable performance objectives.

His employer offered a final salary pension that should kick in on Bert’s 60th birthday. Once he retired they planned to visit California, rent a red Mustang convertible, and drive the length of Highway 1 with the top down and the wind in their hair. Ok, his wife’s hair… Bert’s own hair was now just a distant memory!

It is all fun until someone loses an eye

A change in financial reporting standards required the inclusion of unfunded pension liabilities on the company balance sheet. This made the firm appear to be technically insolvent!

Opportunistic management seized the opportunity to cut costs by closing the final salary pension and replacing it with a much less generous defined contribution scheme pension. 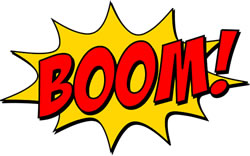 With the stroke of a pen, Bert’s retirement income dropped by over 70%! Image credit: Naveenan.

Bert’s projected post-retirement income instantly dropped by over 70%. Forget the Mustang, that wouldn’t be enough to service the mortgage let alone support his family!

Having had his golden handcuffs removed, Bert dusted off his resume and sought out a new job.

Recruitment agents and headhunters told him frankly that he was too old:

Too old to learn new tricks 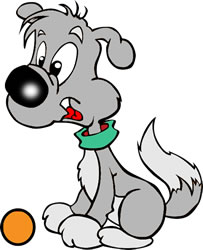 For too long he had worked for his current employer. He was perceived to be an “institutionalised man”, an old dog to whom it would be too difficult to teach new tricks.

His anger at having his retirement dreams shattered by an arbitrary accounting decision had been replaced with a dawning sense of relief that he hadn’t also been made redundant, as some of his colleagues had experienced.

While a sizeable redundancy payout would have put a welcome dent in their mortgage, Bert and his wife had few assets beyond their home, contents, and car. He had always meant to open a tax-advantaged ISA; but there was seldom much left after the tax man, mortgage lender, and Southern Rail each claimed their share of his monthly pay packet.

For the first time in his life, Bert understood the haunted expression he had often glimpsed, on the faces of the suit and tie wearing members of the older generation commuters, during unguarded moments.

This wasn’t the ironically hopeful, yet resigned expression so often worn by the early twenty-somethings. They are starting to realise that this really is all there is, but still cling to the forlorn hope that it may all have been a dream or a cruel joke.

Nor was it the simultaneously harried and defeated expression regularly sported by middle-aged commuters, exhausted by the relentlessness of the daily grind.

No. The expression was fear.

Fear they were past their use-by-date.

Fear they would be put out to pasture, or thrown on the scrap heap.

Fear that if they were to lose their job, they may not be able to obtain a replacement.

Fear there was insufficient time remaining to dig themselves out of the financial hole they found themselves in. Not enough years left to be rescued by the power of compounding. Reduced to fervently hoping they luck into a bull market or boom in house prices to save the day.

Fear that if that doesn’t happen, they will ultimately disappoint those nearest and dearest to them:

Bert understood their fear, because he now felt it too.

He wondered where he had gone wrong?

Following the script of life

His life had followed the script:

Bert had avoided the common financial traps that his peers had fallen victim to: divorce; credit card debt; sports betting; buying new cars every two years, or worse doing so with borrowed money; extracting equity each time he refinanced his home.

Feeling so vulnerable was not in the script. Ending up working for minimum wage making coffee in a Pret or packing shelves in Sainsbury’s wasn’t how Bert’s story was supposed to end either.

So what had Bert done wrong?

Bert was eternally grateful to his employer for hiring him as a young and inexperienced graduate. Consequently, he had always done his best by them, and trusted that they would look after him in return.

He unquestioningly accepted their explanations that despite earning consistently good performance reviews personally, the performance of the broader team/department/company justified not giving him much/any annual bonus. Year after year.

He waited patiently for advancement, putting his career on hold whenever the firm implemented their periodic hiring freezes or whenever his promotion was blocked by corporate gridlock.

While admirably loyal, these decisions slowed Bert’s career trajectory down by years, and cost him tens of thousands of pounds in forgone wages as a result.

This was an opportunity cost mistake.

Not only was Bert dependent on his employer for his ongoing livelihood, but his retirement also was tied to the ongoing financial wellbeing of the company.

Bert’s only investment outside of his home was in the staff share scheme, which allowed staff to purchase a small amount of stock in the company at a discount to market prices.

If the firm were to fail, then Bert would lose his job, his pension and his investment portfolio.

This was a concentration of risk mistake.

When the required skills are trendy, people possessing them are in great demand. A current example would be data “scientists”.

As tastes change, those skills command less of a premium, leaving the remaining few practitioners consigned to a lifetime of difficult to resource legacy solution support. Think mainframe programmers.

Most sites fail to adopt any form of continuous innovation adoption approach. Instead they sporadically get excited about some fad management theory, then do nothing for a few years, before knee-jerking awake to ride the next trend. Six Sigma and Agile are common examples of this.

This was a market awareness mistake.

Mistake 4: Bert bought too much house.

When Bert and his wife decided it was time to buy a house, they didn’t treat it as a similar exercise to buying a new fridge or television.

If they had, they would have worked out the size required to suit their needs, and how much they were comfortable paying for it. Then they would have shopped around to find the most attractive model that met their needs with the least compromises… at the best price.

Instead they walked into the high street bank branch where they kept their current accounts, and asked how much they could afford to borrow.

The greedy lender’s eyes must have lit up with cartoon £ signs!

They were quickly granted approval in principle for an inflexible long-term fixed term loan with higher than market interest rates, and a steep establishment fee. The loan limit was the highest a bank was allowed to offer under the very generous earnings coverage rules that existed at the time.

Bert and his wife used this loan limit as their budget.

They set about finding a home for that amount.

Bert thought they did well securing the worst house on a very nice street. Not having children, nor specific plans to have any at that point in time, he didn’t think to check for school catchment areas. The main reason for the discounted price turned out to be Bert’s house sat just outside the catchment area of the only decent state school within viable commuting distance.

This was an inadequate research mistake.

At the end of Bert’s 5 year fixed term mortgage period he was advised by colleagues to refinance.

This time he obtained the services of a mortgage broker, instructing them to find him the best deal.

The broker obliged, finding a 2 year fixed term mortgage for roughly half the interest rate Bert had been paying.

Bert observed that the mortgage payments were lower for a 25-year term than a shorter term. The original mortgage only had 20 years remaining. Bert shrugged, figuring the extra five years wouldn’t hurt, while the extra cash in his pocket each month would certainly help.

He did the same at the next refinance.

What Bert hadn’t realised was the power of compounding was really working against him. While the initial fixed term payments were lower each time, the total amount he would end up repaying at the end of the loan increased markedly.

This was a short-term gain at the expense of long-term pain mistake.

Bert’s overarching failure was a lack of strategic thinking.

He hadn’t considered the big picture.

He lacked a high-level plan of what he wanted to achieve and how he was going to achieve it.

He unquestionably accepted the guidance of “experts“, mistakenly believing they had his best interests at heart… or failing that, at the very least that their interests aligned with his own.

While it may be true that Bert had followed the script, he does not appear to have understood the plot.