Not what they seem

Every day we conduct business with firms and individuals, yet how often do we step back and validate that where they make their money is the same as the function we believe they perform?

Things are not always what they seem; the first appearance deceives many; the intelligence of a few perceives what has been carefully hidden.

According to Forbes magazine, McDonald’s is the largest fast-food company. It is famous for consistently churning out Big Macs that taste exactly the same regardless of where in the world one is ordered.

However, the organisation does not consider itself to be in the fast-food business! Ray Kroc, the man who implemented the McDonald’s franchising model, once said: “We are in the real estate business, not the hamburger business.”

The McDonald’s 2017 annual report Description of Business section clearly states this (emphasis is mine):

The Company generally owns the land and building or secures long-term leases for both Company-operated and conventional franchised restaurant sites.

McDonald’s is primarily a franchisor

The Company’s revenues consist of sales by Company operated restaurants and fees from restaurants operated by franchisees.

Revenues from conventional franchised restaurants include rent and royalties based on a percent of sales along with minimum rent payments, and initial fees.

Revenues from restaurants licensed to affiliates and developmental licensees include a royalty based on a percent of sales, and generally include initial fees.

Analysing the figures from the annual report confirms this. The company has a profit margin of roughly 18% on sales through the outlets it operates itself.

By comparison the profit margin on franchised or licensed outlets is over 82%!

Understandably more than 80% of the company’s outlets are operated by franchisees.

The annual report states more than 66% of McDonald’s assets are held in real estate, worth more than USD$22bn. These assets are valued based upon what they cost to acquire, not what they are worth today, so the true value is likely much higher.

Lloyd’s of London: Insurer or marketplace?

The name Lloyd’s of London is synonymous with insurance, yet it does not underwrite insurance policies.

The 2017 Lloyd’s annual report describes its business as being (emphasis mine):

… the market for specialist insurance and reinsurance, where the world takes its risk. … whose purpose is to create and maintain a competitive, innovative and secure market. 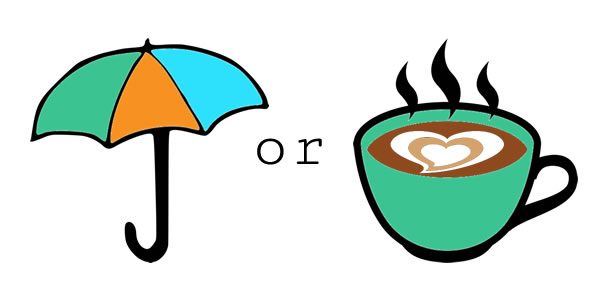 It takes its name from a coffee shop back in the 17th century. The proprietor, Edward Lloyd, recognised that a coffee shop is a commodity business. To attract and retain paying customers he needed a competitive advantage.

Lloyd set about ensuring that his shop became the place to go for those wanting the latest information about shipping.

Rich merchants and entrepreneurs would stop by to hear the latest shipping gossip, and underwrite potentially lucrative maritime voyages.

Lloyd recognised that it was both profitable, and a more certain business proposition, to provide a marketplace and the facilities required by those performing the underwriting. By adopting this model he made money regardless of whether an insured vessel sunk, was raided by pirates, or successfully completed its voyage.

A generation later the proprietor of Lloyd’s got into the data business by establishing the Lloyd’s List, a regular subscription-based publication full of shipping intelligence. 300+ years on, the publication lives on.

Today underwriters and brokers can still buy a coffee at Lloyd’s. However Lloyd’s earns considerably more from the operation of a risk transfer marketplace, together with the provision of systems and supporting services used by brokers and underwriters to conduct their business.

The motto of the famed Harrods department store is “all things for all people, everywhere”. It prided itself on being the place where a customer could buy just about anything, something legend has it Ronald Reagan once put to the test by purchasing a baby elephant.

Amazon has been described as the “everything store”, a modern-day internet based replacement for traditional retailers like Harrods.

However an important tipping point occurred at the beginning of 2017 however, when third-party sellers accounted for more than half the quantity of units sold on the Amazon platform. 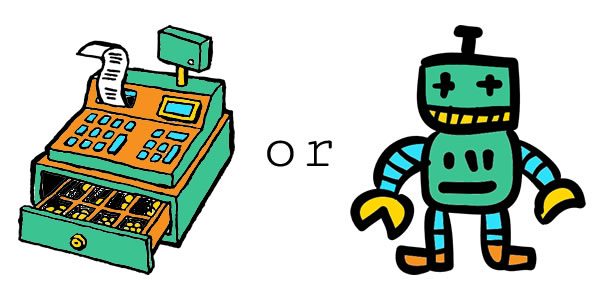 That means other retailers sell more stuff via the Amazon platform than Amazon itself does!

Amazon’s real retail asset is the cost-effective supporting services framework they have created. It allows any retailer to outsource some (or all) of their: warehousing, inventory management, internet sales, payment processing, order fulfilment, and returns management processes.

To put that another way, the only functions that these retailers still need perform themselves are product development, procurement, marketing and SLA management.

The technical challenges involved in operating a global internet retailer are vast and complicated. While solving those for themselves, Amazon quickly realised that just about any firm who used computing resources as part of their operational processes faced many of the same problems.

Amazon deployed a similar approach to technology that they had developed for inventory management and order fulfilment. They created Amazon Web Services that allowed customers to cost-effectively outsource the routine everyday infrastructure and administration tasks associated with operating an IT estate.

In both retail and cloud computing cases, Amazon has built a machine that allows customers to outsource the routine “boring” bits to somebody who can do it cheaper as a result of economies of scale.

The name Google is so synonymous with searching the internet that it has become a verb in the Oxford dictionary.

Except here is the thing. According to Google’s 2017 annual report, they earned 99.4% of its revenues from selling advertising… the same business that Regency Outdoor Advertising, with its roadside billboards, is in!

Uber and Deliveroo are the poster companies of the “gig economy”.

Proponents espouse the virtues of a flexible side hustle that empowers independent service providers to earn a bit of pocket money.

Detractors argue that in the absence of benefits and protections, commonly observed in employment contracts, the independent service providers are being exploited.

In a recent legal defence, Uber described themselves as

a technology platform connecting passengers with independent drivers, not a transportation company 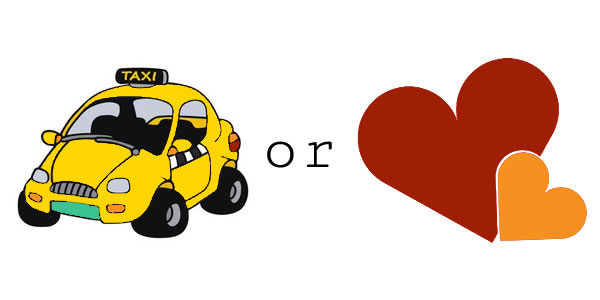 In other words they see themselves as a match-maker. They enable benevolent drivers, who are willing to rent out their spare seats, to find random foot weary/drunk/disorganised/cheap individuals who just happen to be seeking a ride.

Do they care if an individual driver drives dangerously, or your takeaway food arrives cold?

If they are really just a match maker then the answer would have to be no.

How closely aligned were the functions you understood these businesses provide to their real sources of revenue? Things are often not what they seem.

Now consider where your financial advisor generates their income from.

Or your property manager.