“You’ll learn all about fluid dynamics then!” cryptically chortled the smiling assassin representing the prospective client.

I had no idea what he meant at the time. I quickly learned (to my cost) that he was correct.

According to Transport For London in 2017 more than 50 million commuters ventured through the ticket gates at Canary Wharf tube station. That is roughly equivalent to the entire combined populations of Canada and Singapore, visiting a space not much bigger than a football pitch over the course of each year!

Every working day more than 100,000 workers commute to the shiny office towers in London’s Docklands district.

The majority of those arrive during peak hour. This creates a flood of humanity scrambling up escalators, and surging along the pedestrian thoroughfares leading to their workplaces.

When viewed from above, the arrival of each train resembles an ant nest erupting into action to defend against a potential threat.

Commuting: No prisoners, no mercy!

The first morning that I joined that throng I arrived at Canary Wharf tube station a hot sweaty mess. I had spent the previous 15 minutes sardined into commuter train carriage. Trying not to breathe; the body odour, nervous farts, stale beer and greasy bacon sandwich smells were overwhelming.

For reasons I have never understood many of the passengers opted not to hold on to the railings. Instead they relied upon the crush of humanity around them to prevent them falling over each time the train accelerated or braked.

I’m pretty sure a creepy little guy had been trying to spoon me. Or pickpocket me. Either way he grinded on my hip until I politely stomped on his instep.

London peak hour isn’t much fun… but it certainly could be worse! Image credit: Anwill and oktaviono.

The doors of the carriage finally opened. The ensuing explosive surge of commuters disembarking resembled the traditional champagne celebration at the end of a Formula 1 race… the plastered hair, the sticky clothing, the only difference was the complete absence of smiles.

The tiny woman crushed in next to me clutched her handbag to her chest, took a deep breath, and launched herself towards the exit. An even smaller woman dropped her shoulder and charged after her, fending me out of the way with a technique that would make English Rugby coach Eddie Jones proud.

I too fought my way off the train, getting winged by a closing door as the train prepared to depart.

As soon as I stepped onto the platform I found myself being swept along by a tide of nicely dressed humanity. Anyone stopping to rescue a dropped item or tie a shoelace would surely be trampled to death.

It is easy to become lost or disoriented in the subterranean labyrinth running through the basements of the office towers. The absence of landmarks and the homogenous high street clothing shops mean one passage looks largely the same as any other. For some reason I hadn’t experienced this problem when visiting similar tunnel networks under Toronto or Singapore, but it regularly occurred during this particular client engagement.

I spied the exit I needed for my client’s offices, and attempted to make my way towards it. The tide was too strong, sweeping me past it. It took me several days to learn that I needed to plan my exit. There is a reason the nagging SatNav voice provides drivers with plenty of warning when exiting a motorway!

Surfing the waves of the commuter tide. Image credit: PinsDaddy

By the end of my first week on site I reluctantly replaced my trusty backpack with an Indiana Jones-style satchel bag. The backpack made getting on and off the train even harder. My theory was that the thinner and lower riding satchel would make it easier to worm my way towards the exits, without needing to throw so many elbows.

By the end of the first month, the cursed satchel bag had annoyingly rubbed holes along the pocket edges of several pairs of suit trousers! It was replaced in turn with a “slim line” backpack that performed admirably throughout the remainder of the engagement.

The road to happiness isn’t on public transport

I subjected myself to this torturous de-humanising commute for nearly a year. Every day I would arrive at the office sweaty, stressed, and worlds away from my happy place.

I would then attempt to set all that aside and deliver my best work. This wasn’t easy in a management consultant inspired wonderland:

There is a stereotype that city workers are all Gordon Gecko style “Masters of the Universe” traders and hedge fund managers who supposedly earn mid-six-figure salaries and two comma bonuses. The truth is very different. A large proportion of commuters work in (relatively) lowly paid support functions. These include security guards, janitorial workers, hospitality staff, personal assistants, infinitely exploited interns, and junior back office gophers.

It is worth reflecting on what those commuters were subjecting themselves to in order to earn a living.

Definition of prostitution: The unworthy or corrupt use of one’s talents for personal or financial gain.

While selling off their lives by the hour, the typical city cubicle dweller will commute to work 228 times during 2018 (once weekends, bank holidays, and annual leave entitlements have been accounted for). The lucky ones work for enlightened/cheap employers who support flexible hours and remote working.

According to the Department of Transportation, that commute averages 56 minutes. Each way!

That means that the typical city worker invests nearly 18 days of their life each year just getting to and from work, spending in the region of £1824 on public transport fares to do so.

The European Union has defined rules covering the minimal acceptable conditions for the transportation of livestock:

According to Transport For London figures, during the summer months temperatures on the deeper parts of the tube network regularly exceeding those levels the EU defines as being safe to transport livestock. 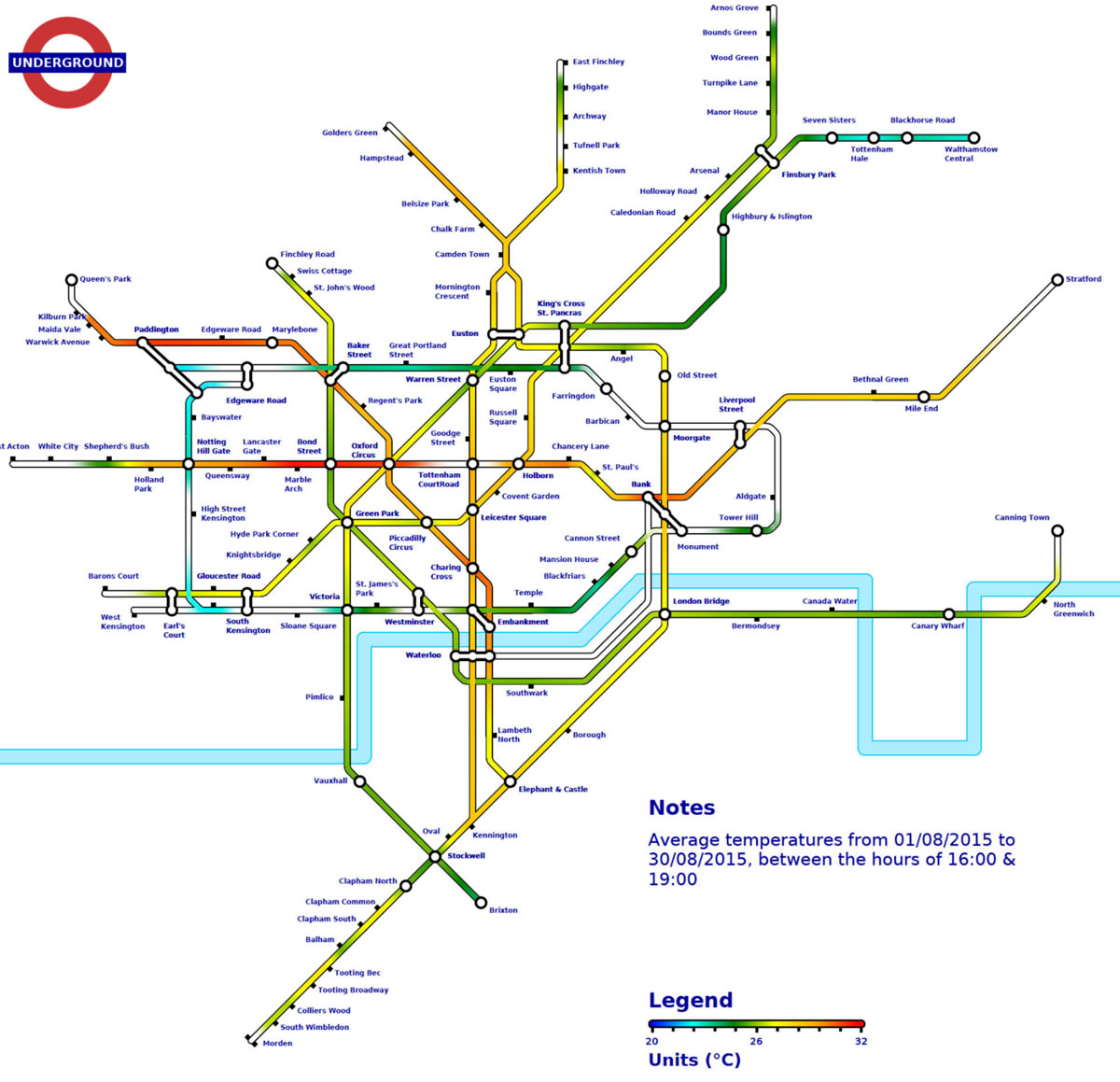 The specification for the tube carriages used on the Jubilee Line details a “crush standing capacity” of 7 passengers per square metre, less than half that required to safely transport a sheep. The prevailing argument seems to be that as humans stand on two legs, they only require half the space! 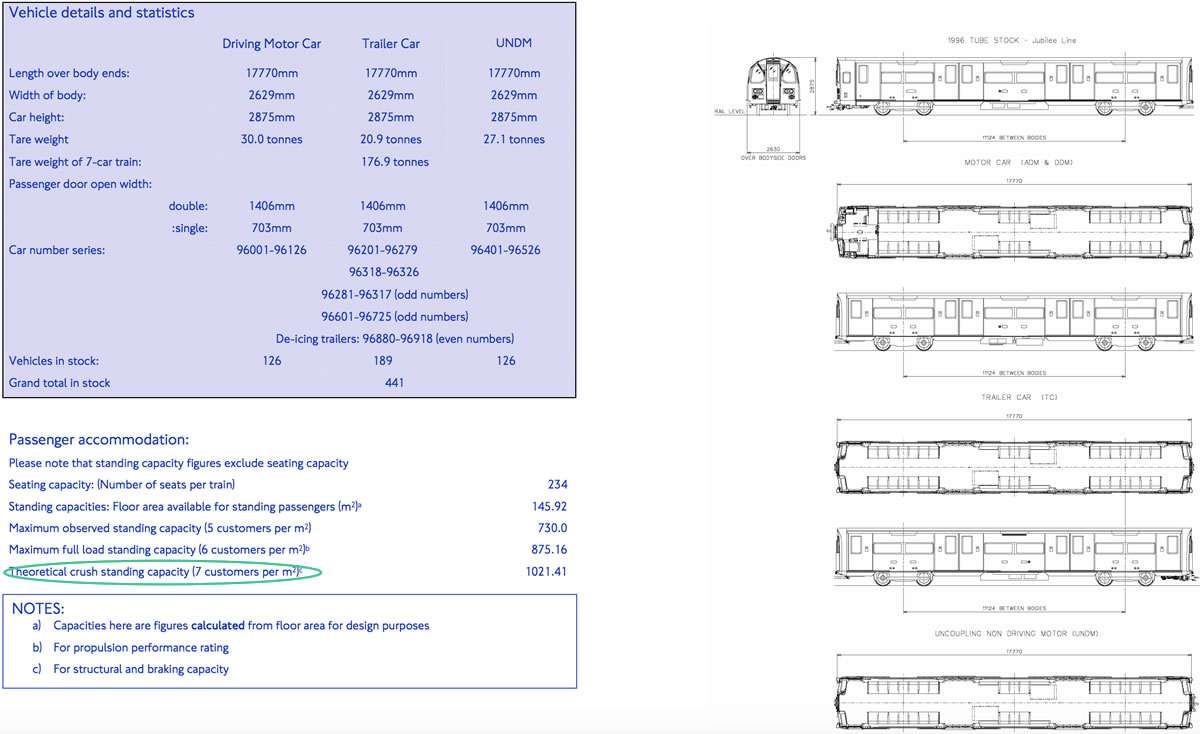 The government’s Health and Safety Executive advises that there is  “… an exposure limit value of 87 decibels, taking account of any reduction in exposure provided by hearing protection, above which workers must not be exposed …” and “… require health surveillance (hearing checks) for workers regularly exposed above 85 decibels”.

Those health and safety rules don’t apply to commuters. If they did then commuters would need to be issued with ear protection in some parts of the tube network where volumes were found to regularly exceed 100 decibels according to a recent noise study of the tubes.

The project I completed for the client was fascinating. However the commute required was easily the least enjoyable that I have experienced.

I don’t make that claim lightly, my commutes have included:

I may not have earned “Masters of the Universe” money during the engagement, but I did ok for myself. I did learn a valuable lesson: no amount of money is worth a horrible commute.

no amount of money is worth a horrible commute

It turns out there are plenty of other clients out there. They pay almost as well. Best of all, they can be successfully serviced without subjecting myself to the horrors of the Canary Wharf commute.