On a sunny autumn afternoon, an accountant and a lawyer sat in the beer garden of The Warrington. They were five gin & tonics into their lunch, drowning sorrows after the accountant had just called off her engagement.

The accountant lamented that she needed to find somewhere to live, but rents were super expensive. 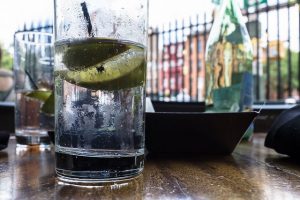 “Don’t be silly! Renting is for poor people. Buy somewhere fabulous, and make it your own” declared the somewhat inebriated lawyer with a flamboyant sweep of his arm, sending the basket of condiments flying off the table.

The accountant sighed, and confessed that she didn’t have any money.

The lawyer staggered into the bar for another round of drinks, returning sometime later sporting a big grin while precariously balancing two half-full glasses and his Nokia 3310.

Don’t be silly! Renting is for poor people.

He boasted that he had just called a mortgage broker friend, and secured approval in principle for a “negative equity loan” that would allow the buyer to borrow both the full cost of the property and purchasing costs on a 2 year fixed term mortgage at 5%.

The accountant was stunned.

How could anyone offer such a risky financial product? It violated just about every element of the prudence and conservatism doctrines her profession had instilled in her.

“Drink up, we’ve got house hunting to do!”

The two drunken friends lurched into a nearby estate agency, and spent the remainder of the afternoon viewing the available flats in the Maida Vale neighbourhood. One flat in particular caught the accountant’s eye.

The following day, once the hangover had been banished with a handful of Panadol and a greasy bacon sandwich, the accountant ran the numbers on the property.

The asking price was £250,000, a monthly mortgage payment of less than £1,500. That was certainly less than it would cost to rent the equivalent property.

If she could negotiate the price down a little her accountant salary would just about meet the minimum earnings requirement for the loan. The agent had indicated the seller was of the motivated variety.

A couple of days later she returned alone for a second viewing. The flat felt like home.

The accountant made an offer of £245,000, subject to all the usual conditions. It was accepted within the hour.

She met her lawyer friend at the pub after work that evening to celebrate.

After a couple of gin & tonics, it occurred to her that she had no furniture, and no savings to pay for any. 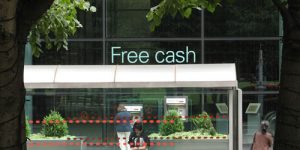 She wondered out loud if she could increase the mortgage limit to pay for furnishings.

“Oh no, don’t do that!” protested the lawyer. “Just take out a credit card with a long interest-free period, and buy everything with that. Then when the interest-free period concludes, do a balance transfer to another interest-free card. If you’re really smart you’ll get a reward card, so all those purchases earn you a free holiday.”

The accountant was stunned again. How could such a thing be possible?

After the usual glacial-paced conveyancing process, and inevitable problems up the property chain, the accountant finally moved in nearly six months later.

She held a housewarming party in her beautifully furnished flat, the furnishings purchased on a 24 month interest free credit card.

After a couple of bottles of champagne the drunk lawyer loudly asked across the room “So how much to date have you actually spent of your own money to live here?”

Looked embarrassed, the accountant paused before eventually admitting: “Nothing.. yet.”

The party guests were stunned into silence. Then cheered.

The accountant’s initial mortgage allowed for up to 10% of the principal to be repaid without penalty during the fixed term loan period.

She saved hard and built up her owner equity in the flat by making additional capital repayments.

This accumulated equity, combined with a rising property market, allowed the accountant access a wider range of loans with more conventional Loan-To-Valuation ratios.

In 2003 she refinanced to a 5 year fixed term mortgage at 3.5%. This mortgage allowed the borrower to repay up to an additional 10% of the principal each year.

The accountant continued to save hard, and invest in herself.

Her salary increased to the point where after making the mortgage payment and maximum additional capital repayment allowed, she still had some money left over.

She turned her attention to her interest-free credit card debt.

While ensuring she always made the minimum repayments, there had been no incentive to clear the card balance while she could instead put the money into her mortgage and avoid a whole lot of interest accruing.

At the conclusion of the interest-free honeymoon period, the accountant took up a balance transfer offer to a card with a similarly lengthy interest-free period.

Over the next two years she used her surplus cash flow to pay off the outstanding credit card balance.

In 2008, at the end of the fixed term loan period, she had reduced the outstanding loan balance to the point where she could afford to pay it off entirely.

Earlier this year a comparable flat in the same building sold for over £1,000,000.

The accountant is a paper millionaire.

She had achieved this all on her own.

She did it in the time before record low-interest rates.

She had bought in an “overheated” / “ripe for a correction” property market. They still are.

She had “paid too much” for her flat. People looking at the price she paid for it now would be stunned at how “cheap” it had been back then.

Market rents were more expensive in her area than mortgage payments then. They remain so today.

The accountant even followed her lawyer friend’s advice and used a reward card to earn points from purchasing and furnishing the flat. She used these for a free (except for all the taxes and fees) trip to Marbella in Spain.

It rained the whole time she was there! You can’t win them all.

For mine, I think the accountant should be applauded for identifying and taking advantage of some institutional silliness that existed in the mortgage and credit card markets at the time.

She identified a gentrifying neighbourhood that was experiencing high rental demand. Had a change in financial or lifestyle circumstances occurred, the accountant would have been able to rent the property to tenants for comfortably more than her financing costs.

That said, I also think it important to recognise that luck played a part in her success.

What could possibly go wrong?

The accountant put herself in a very risky position by entering a negative equity scenario from day 1.

In this situation, even if she sold the property for what she paid for it, she would have been unable to clear all her debts. Her investment lacked an adequate margin of safety.

Betting on the length of a fixed term period for a mortgage is always a bit of a gamble.

Had property prices fallen rather than risen throughout this period, the accountant may not have accumulated sufficient equity to qualify for a new fixed term loan. That would potentially have exposed her to being trapped paying the (likely higher) variable rate repayments on her existing loan.

The business model of credit card companies offering interest-free periods is simple. They bet that a proportion of their customers will fail to clear their card balances before interest charges commence. As long as this proportion is large enough to cover the card issuer’s borrowing costs, they win. 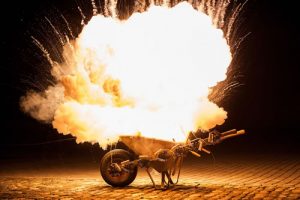 Leverage: Too much of a good thing. Image credit: thomasstaub.

Effectively this means the punters paying interest are subsidising their smarter fellow punters who paid off (or transferred) their balances before being similarly stung.

Leverage can be a powerful tool. Use it wisely and it can supercharge your returns. Get it wrong and it will magnify your losses.

My last observation is that property prices never look cheap at the time. They always appear either ridiculously expensive, or just plain expensive.

It is only with the benefit of hindsight that we kick ourselves and start talking about what we woulda/coulda/shoulda have done.