Over the years, I have observed that the job market in the City has a familiar cadence to it.

Demand for skilled bodies ebbs and flows, broadly in line with the attendance patterns of senior management.

Traditionally, August is the slowest of months. Decision-makers migrate from their lofty perches in the towers of commerce, bound for fun and relaxation in the sunshine with their families.

During these slow periods, the only signs of life in recruitment agency offices are the occasional tumbleweeds rolling between desks. For a few brief weeks, the recruiters embrace the existence of the digital nomad, ubiquitous mobile phone coverage and the power cloud computing allowing them to “work” from a villa on Majorca or cottage in Tuscany.

Only the most desperate or inexperienced of job seekers actively look for work during these periods.

Applications submitted are greeted by the sounds of crickets.

Follow up attempts resemble a game of “Where’s Wally”, searching for ever elusive headhunters.

What these frustrated candidates fail to realise is that the recruiter has nobody to submit resumes to, or seek feedback from. The hiring managers are all on holiday!

Inevitably there are those who prey upon job seekers who are impatient or unwary.

Some recruitment agencies run generic advertisements for make-believe jobs. Their purported goal is to top up their candidate database, so they can “hit the ground running” once the market returns to life in September.

Once upon a time consultancies would use the lull to restock their bench. The temporary imbalance between supply and demand providing an arbitrage opportunity to hire staff at heavily discount rates.

Of course, that was back when consultancies actually maintained bench depth. Today they just subcontract to freelancers!

My own working pattern has a similar cadence.

As the days shorten, school goes back, and the wind changes to mark the approach of winter, I seek out a client with a genuinely interesting tricky problem to solve.

Most years this journey begins with a former colleague or client getting in touch to tempt me with a challenge.

When it works, this is one of those rare win/win scenarios.

The client benefits from the assurance of a known quantity with a proven delivery track record.

In return, I get to spend the winters working on a problem that appears to be worth solving. The money part is lucrative and uncontroversial. The person making the approach knows the price. They have paid it before.

This year I have enjoyed one of those endless summers, the likes of which I remember from my own childhood.

My vague plan for the rest of the year was to follow the seasonal working pattern that has worked so well the last few years: find a tricky puzzle once my kids returned to school in September, with the aim of delivering a solution sometime before Easter.

I was somewhat surprised when in mid-August, with the decision-makers sunning themselves in warmer climes, I was approached by a headhunter about a very interesting engagement.

I was stunned when over the following couple of days, two different former clients also invited me to help solve tricky puzzles.

Had the natural rhythm of the job market suddenly altered?

Could I have been operating under a faulty premise all this time?

More importantly, was the multi-year Brexit-uncertainty induced spending paralysis in the City be finally coming to an end?

Typically my firm got involved in the inception of client projects or programmes. We helped conduct pre-project investigations, to ensure the problem perceived is the problem possessed.

Once correctly framed and understood, the job of solving the problem was usually put out to market. Sometimes we would provide independent governance and oversight of the solution on behalf of the client. Less often we would undertake the work ourselves.

That work pipeline largely dried up in late 2016, before evaporating entirely in 2017.

It wasn’t that the firms suddenly had an absence of problems to solve. Rather, few firms were eager to further invest in their operations during a period of great disruption and uncertainty

Most were keen to stockpile cash.

Batten down the hatches in preparation for the rough seas ahead.

Since the referendum, much of my firm’s work has involved helping Financial Services companies use Brexit as top-cover to restructure and reduce costs. It wasn’t our preferred type of work, but in the absence of other options it paid the bills.

A typical programme during this period involved some variant of the following playbook:

Sometimes that was nearby. Commuter towns like Chelmsford, Crawley, and Croydon.

Few self-respecting Londoners would attempt the arduous commute required to reach them. Fewer still would entertain the prospect of relocating there. By design.

Meanwhile, commodity operations and technology work went to Asia or the Balkans, until such time as it could be automated out of existence or performed by algorithms.

My firm played a very small role in what amounted to a fundamental transformation in how and where the clients performed their primary functions.

The problems were fascinating, but far removed from our core business.

How often do you get the opportunity to change the way a centuries-old market conducts business?

What about helping to establish a brand new bank or insurer from the ground up?

Re-domiciling, or relocating altogether, a going concern that employs thousands?

In my world, not often. By design.

The three challenges I had been offered were all interesting. Each was acceptable in its own right.

One offered the lure of a three-day week, for a three-month engagement working with a startup walking distance from home.

Another paid 50% more money per day, for approximately six-months full-time work at a site where I knew the people well.

The third provided the opportunity to build something new. To see an idea through from inception to operational acceptance. A multi-year piece of work in a sector largely immune from Brexit.

My initial reaction was to go with the startup. In my niche, well paid part-time work is the holy grail. The stuff of myth and legend. A fabled treasure that more than a few idealistic adventurers had devoted their careers to unsuccessfully seeking.

It would provide a brief winter hibernation to top up my piggy bank, and fund another year of seasonal semi-retirement.

One nagging thought gave me pause.

Many years ago I was working overseas in a market dominated by strong local players. Each industry was essentially an oligopoly, with little competition from disruptive upstarts or overseas entrants.

Then government policy changed. Deregulation removed the barriers to entry. The markets opened up to all comers.

Within a brief period of time, many of the incumbent local firms had been swallowed up or blown away by overseas giants.

Local operations were hollowed out.

A few oligopolies, those with strong lobbying functions, were preserved “in the national interest”.

As for the rest, their local presence had been reduced to that of a regional sales office.

Outwardly things looked little different to the customer. Indeed, in most cases, they received better service at a lower cost.

However, where once there had been thousands of skilled local employees earning a comfortable living, today just a handful of hungry salespeople remained.

Those Brexit programmes I had been working on over the last few years bore many similarities to the transformations that occurred in that market long ago.

They were structural in nature. Permanent.

One side effect of those changes was a “brain drain”. The country’s best and brightest young minds sought opportunity overseas. The jobs they had once performed, or planned to enter upon graduation from university, no longer existed at home.

Those that did remain were firmly occupied by the incumbents, who found themselves trapped with gridlock above them on the career ladder, and few domestic opportunities available for a lateral move.

The large local job market, once full of opportunities, had contracted considerably.

This was globalisation in action. How the system works. By design.

Work moved between locales each time a suitably skilled workforce is identified who can do a “good enough” job for less money.

The price of goods and services generally reduced, which was a win for consumers.

Over time the range of choices available to consumers also reduced. Darwinian pressures of tightening profit margins squeezed out the less agile players from the marketplace.

I wondered whether the great unknown of Britain’s post-Brexit existence might not ultimately resemble the hollowing out of that other market long ago?

If the projects my firm had been working on were any indication, then a steady migration of jobs away from the City has been well underway for quite some time.

That, in turn, raised some troubling questions about the long term prospects for London.

Would there continue to be ready access to a steady stream of lucrative tricky problems for me to solve? The financing of my family’s chosen lifestyle depends upon it.

What value will the brands of Britain’s tertiary institutions hold, compared to competing institutions located elsewhere, in 10-15 year’s time when my children would be graduating? For example, Australia estimates it can poach up to 20% of Britain’s education export market after Brexit.

Will the local market continue to offer a broad variety of career paths, that will allow my children to lead happy comfortable lives and support their own families?

It is possible that Britain will enter new era of prosperity. Emulating the growth trajectories that Singapore and the United Arab Emirates have enjoyed over recent years.

Alternatively, Britain may take a spectacular fall. Following a similar path of once prosperous nations, that had been attractive places to do business, then suddenly were not. Iran and Syria are cautionary examples that have occurred within my lifetime.

A more likely outcome is that Britain continues its century-long drift into irrelevance. Nothing spectacular. Little that is dramatic. Just the inevitable decay that comes from benign neglect and poor stewardship.

Alas, certainty is only possible in hindsight. However, money provides options, while future prospects and opportunities are evaluated.

I accepted the longer-term project. In part for the opportunity to build something new. Something positive. Something that adds value.

My opportunity cost was minimised by negotiating to have the summers off.

This choice also allows me to hunker down and ride out the pending storm.

To replenish my coffers.

To assemble a war chest.

In short, to emulate the strategies that many of the global financial services firms have put in place to ensure they survive and thrive.

That war chest may be called upon to finance a future relocation, should Brexit fail to deliver the prosperous land of milk and honey that our wise and noble elected leaders have repeatedly promised.

Few university graduates from Greece and Spain over the last decade have enjoyed an easy time establishing their careers and beginning their financial journeys. I would not wish to inflict a similar experience on my own children, when their time comes. 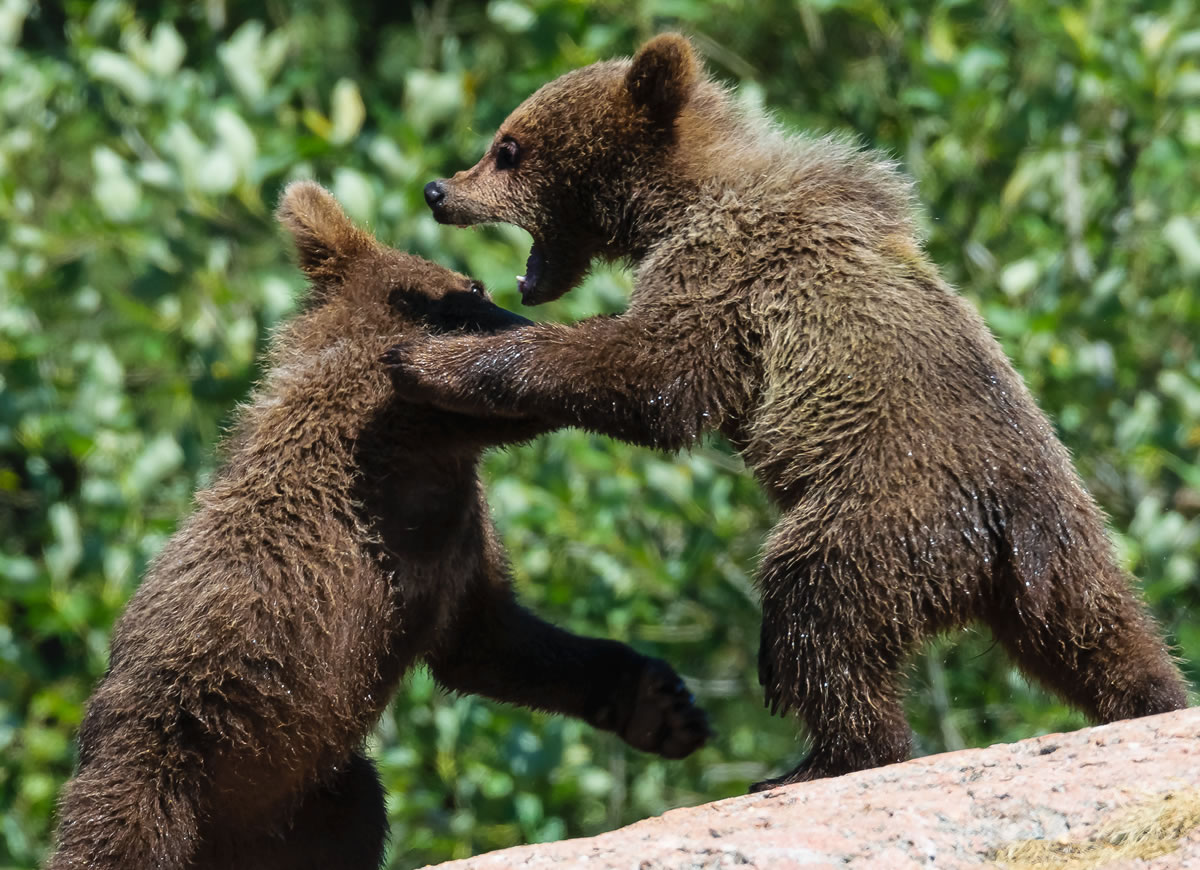 Goldilocks had options. Enjoyed the luxury of choice.

After making her decisions she dropped her guard, becoming comfortable and complacent while still exposed to danger.

When her decisions were held to account, and her choices found wanting, Goldilocks faced a dilemma.

Attempt to blame shift, or become paralysed by fear, and be eaten by a bear.

Ignore the warning signs, continue lounging on a bed of ignorance, and experience certain doom.

Or escape. Learn from her mistakes. Survive to fight another day.