I strolled down the Rue du Lycée with my elder son. We scoffed down some delicious freshly baked bread, as we headed toward the beach on a beautiful summer afternoon.

He commented that the lady serving in the bakery had looked exhausted.

I explained that bakers start work at stupid o’clock each morning, baking their wares in time for their customers’ breakfast.

A long-held dream my son harboured was to win the Great British Bake Off. His favourite hobby was sleeping in. There appeared to be a conflict.

He thought about the working hours, then declared he wouldn’t be a baker for a living: “bakers would be at work while their kids got up in the mornings and asleep when they came home from school”.

He was quiet for a while, then asked: “why do adults have to choose between doing important jobs, enjoyable jobs, and well-paid jobs?

Important jobs like police, firefighters, nurses and school teachers don’t get paid much. Yet if nobody did them there would be nobody to catch bad guys, cure sick people, or teach kids to read”.

I told him that in an ideal world, a person’s wages would reflect both the value their role contributed to society, and how well they performed it

Our smartest minds would want to be teachers, ensuring the next generation learned from the best.

The bravest amongst us would choose to be firefighters or soldiers, saving and protecting lives.

Society’s most caring people would help the sick, injured, and less fortunate.

The most knowledgeable people in a given field would advise on government policy in their field, recommending viable solutions for the right problems to help resolve society’s big problems.

Unfortunately, that isn’t the way the real world works. There is often an inverse relationship between how useful or value-adding a role is and how handsomely it is remunerated.

I asked him what he meant about the adults not enjoying their jobs?

“The only adults I know who genuinely seem to enjoy their jobs are sports coaches, nannies, and university students. They seem to earn even less than teachers and nurses”.

I started to object to this.

His sample size was too small to draw a conclusion.

His life experience didn’t involve meeting actors, authors, musicians, or self-employed computer programmers coding for the love of it rather than the potential for commercial success.

Then I stopped and called bullshit on myself.

I knew one self-described “professional” actress. Years ago she performed a minor speaking part in a short-lived West End musical. Today most would describe her as a stay at home mother.

Of the two professional musicians I know, one works as an English language tutor and the other a child protection worker. Music doesn’t pay their bills. Their day jobs barely do either.

Only one of the three published authors I know is a “professional” writer.

Only after he received a sizeable inheritance, that allowed him to leave his former profession behind.

Only the first of his five published books was successful. His fourth publisher has just dropped him.

I know many programmers who took time out to code the program they had always dreamed of.

All returned to the workforce before long. Only one had made any real money from their creations.

His app was featured on the iTunes “new apps we love” list. The only problem? It wasn’t his dream app. It was the sample program he had thrown together in a single morning as a coding exercise while learning app development!

Love to earn, then earn to love

The “do something that you love” school of thought is spectacularly bad advice for anyone who lacks rich parents, a monied spouse, or a sustainable passive income stream that covers their living costs.

All the rest of us must first love to earn. Only once we have sufficient financial backing have we earned the luxury of doing what we love.

Not long ago a former colleague mentioned his son was studying second-year Economics at a “Russell Group” university. He’d enrolled because he didn’t know what he wanted to do with his life, was good at maths, and didn’t want to be a computer programmer.

Every other student in the course had enrolled because they wanted to be an investment banker.

None were interested in banking, but all were passionate about earning huge salaries and bonuses!

I concluded my son was unfortunately correct: few adults could honestly say they loved their jobs.

Few passionately hate them either, but on balance most would rather be doing something else.

Not wanting him to turn into a jaded and cynical old man just yet, I did what any parent does when a conversation touches on an uncomfortable topic… I distracted him and changed the subject!

We were walking past a lovely family-run traditional French brasserie.

I asked my son to study the restaurant and tell me what he observed.

After a couple of minutes, he said: “They don’t have enough staff. There are customers waiting to be seated, and empty tables that haven’t been cleared. The waiters are overwhelmed, rushing around taking orders and delivering food”.

I asked him to count the number of tables where customers were eating dessert or drinking wine, as those items traditionally enjoy the highest profit margins.

Only two tables contained glasses of wine. Nobody seemed to be staying to have dessert.

I asked him why he thought that was.

“It took so long for the customers to be seated and served they were frustrated. I think they got impatient, and just want to get on with their day”.

I told him to focus on an older gentleman who appeared to be in charge.

One moment he was seating customers. The next, unloading a delivery truck. Then we spied him helping to prepare meals in the kitchen. He was everywhere, and constantly berating his staff.

Finally, I asked my son to estimate how many meals the brasserie would likely serve each day.

He guessed 200, which was plausible.

My son thought sounded like a lot of money. 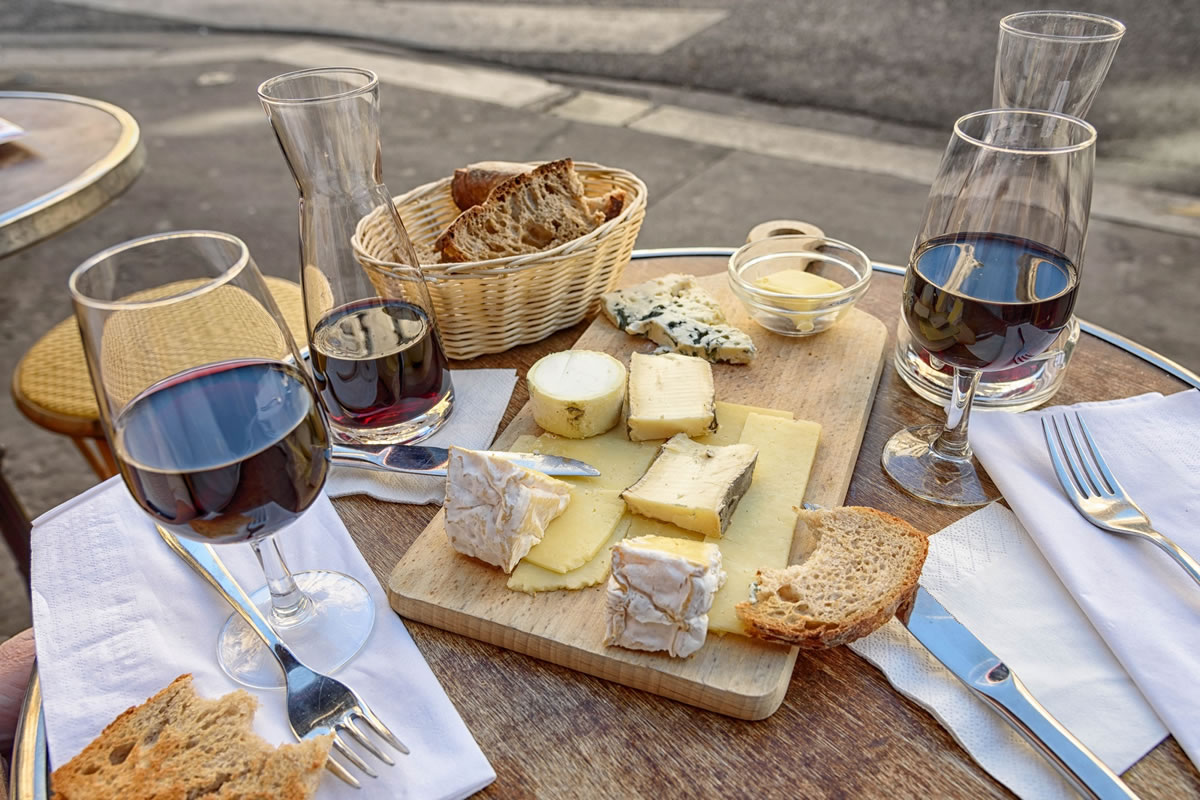 Next door was an upmarket looking Sushi restaurant.

I asked my son to repeat the exercise.

“They have too many staff. There are hardly any customers seated in the dining area…

… no, wait. The customers and delivery riders are all collecting takeaway. There are loads of them!”

Nobody was drinking alcohol or eating dessert, though both were on the menu. I asked him why that was?

Eventually, he responded that people seemed to be taking their food to eat elsewhere.

Then I asked him to see if he could work out who was running the Sushi restaurant, and why?

“The young lady at the back.

She seems confident and the staff defer to her. I can’t be sure though, everything is running smoothly.  Everyone seems to know their roles. She isn’t bossing them around, or doing all the work herself”.

I asked my son which restaurant seemed better organised?

Which restaurant he would prefer to own?

I challenged him as to why on this last question. Did he think the confident lady owned the sushi shop?

“No. She is too young to own her own restaurant”.

I agreed. She didn’t seem stressed enough to be the owner. She hadn’t got upset at the overloaded delivery guy who kicked open the door with his foot, nor the customer who spilt coffee on the floor.

So I asked him where the owner was?

He looked around. Couldn’t find them. Eventually gave up.

We did a quick Google search for the sushi place, and discovered it was part of a chain.

I explained this meant the owner probably didn’t work in the restaurant at all, but had instead had hired and trained managers to run it for them.

My son was stunned at this.

It had never occurred to him that it was possible to earn money from a business, without having to be there working all the time, the way most adults in his life did.

He demanded to know how that worked. 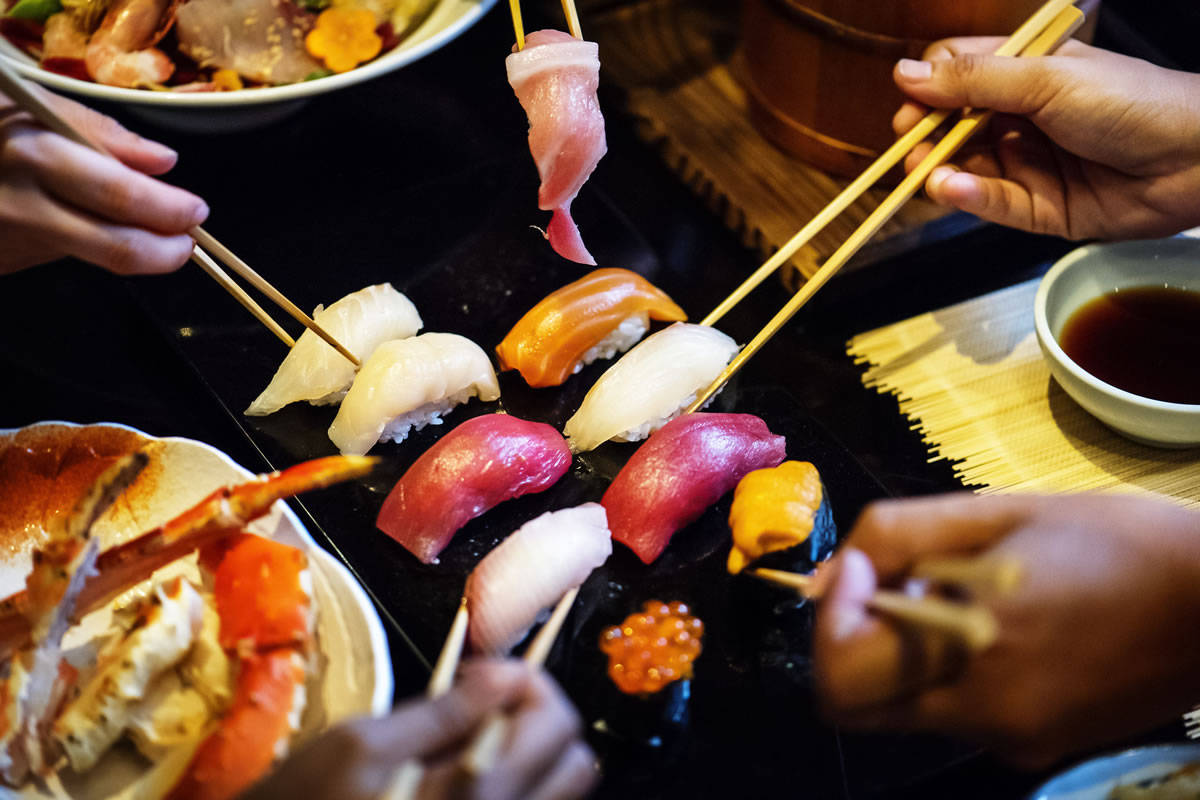 trapped as we choose to be

I said the brasserie owner works all day, every day.

He only has a finite amount of hours in the day, which means all he can do is run a single restaurant.

He insists on making all the decisions and feels like he needs to boss around his staff all the time.

He has no holidays. No weekends. All he does is work.

In return for all that, he gets to keep all the profits from his brasserie. Maybe €500,000, after expenses.

The sushi shop owner had once started a sushi restaurant.

They hired some staff and trained them up. While doing so, they documented a set of repeatable instructions for performing each job in the restaurant.

Eventually, the sushi shop owner hired a manager to run the restaurant. This meant that the owner had freed up their own time by paying somebody else to do their job.

Now the owner can go on holidays, play with their kids, and generally have a life.

The sushi shop owner’s expenses are much higher than the brasserie owner, because they have more staff doing the work. For the sake of argument let’s assume the owner earns €250,000 after expenses.

I asked my son again which business he would rather own?

“The brasserie. It made more money”.

I challenged him on this, asking him to consider how each owner spent their time as well as money?

“The sushi shop owner should have more time”.

What if the sushi shop owner could do it again?

My son looked at me like I’d been dropped on my head as a small child.

“Nobody could own two restaurants, look how busy the brasserie guy was with just one!”

I pointed out that the sushi shop owner had already written the instructions for running the restaurant. They had already worked out how to hire and train a bunch of staff to run it for them.

Why couldn’t they do it again?

Let’s pretend the sushi shop owner opened another restaurant. As before hired and trained up a bunch of staff, and eventually replaced themselves with a salaried manager.

I asked my son a third time, which business he would rather own?

“Definitely the sushi shop. It makes the same money, but doesn’t require working as hard”.

What if the sushi shop owner could do it again a third time? A fourth? A fifth?

My son looked at me incredulously, furiously trying to work out whether I was pulling his leg.

Then he challenged me: “if it is so easy, why don’t you run a business?”

I replied that I did. Several in fact.

He called bullshit, saying that wasn’t possible because I didn’t work hard and had lots of free time.

“If others are earning profits for you, then you have the time and money to buy me an ice-cream!”