Dusk on a sweltering July evening. I strolled along the Promenade de la Pantiero, beside Le Vieux Port.

My younger son was excitedly hunting brightly coloured supercars, amongst the endless procession of rich people’s toys puttering around town at walking speed.

Each time he saw a new one, he would jog alongside and politely ask the driver for a photo.

Without fail they had kindly obliged, braking to a halt in the middle of the road, to a chorus of French curses and angry horns.

So far he had managed to have his photo taken next to a black Bugatti, a red Ferrari, an orange Lamborghini, a white McLaren, a silver Maserati, and a yellow three-wheeled Polaris Slingshot.

I suspect he had probably made the acquaintance of half the arms dealers, oil sheikhs and oligarchs who were in town for the Festival d’Art Pyrotechnique later that evening!

My son abruptly stopped, with a look of awe on his face. “Wow!”

I followed his line of sight, searching for the car that had elicited the strongest reaction of the evening so far.

Instead of a car, he appeared to be looking at a sleek looking 90-foot yacht moored in the harbour. More specifically, at a huge yellow rubber duck that was tied to the yacht’s upper deck.

I glanced back at him to ensure I was looking at the correct thing.

A beautifully restored vintage wooden sailboat was moored on the left.

On the right was a much larger yacht, hosting either an advanced masseuse class or a swingers party.

The boy was definitely eyeing off the middle boat, with the giant bath duck.

Next thing I knew, he had raced up the yacht’s gangway towards the outdoor table where an elderly couple were in the middle of their dinner.

I unsuccessfully called him back, then reluctantly followed to apologise for interrupting their meal.

By the time I had reached the top of the gangway the elderly lady was beaming at my son, as he told her the giant duck was the coolest thing he had seen on his holiday. Just as he had with the supercars, he politely asked if he could have a photo with it to show his friends at school.

The lady led him by the hand to take a closer look at the duck.

Her husband raised a disapproving eyebrow, to which I could only give an embarrassed shrug. As we followed them towards the oversized yellow monstrosity, he muttered something about people having money but no class. It wasn’t entirely clear whether his comment was directed at me or the duck, so I kept my mouth diplomatically shut.

Photo taken, the lady insisted on giving us a guided tour of the boat. It was deceptively large, containing a lounge room, dining room, jacuzzi, jet ski, and could comfortably sleep eight people.

The elderly couple had paid €50,000 to rent the yacht for the week. That sum included the services of a ship’s captain and chef, both of whom had been given the evening off to enjoy the festival.

The husband confessed he had always wanted to own a yacht.

His wife had vetoed that dream, observing that in all their many year’s of marriage she had never succeeded in dragging him away from his business for more than two weeks in a year.

Rather than incurring all the ownership costs and hassles, she felt it was easier to just rent a nice yacht that someone else maintained, in whatever maritime location they fancied visiting. He got to play on a boat, and they could enjoy visiting somewhere new each vacation.

This year that location was Cannes.

The lady invited us to join them for the fireworks display. She relished the prospect of viewing the display through the eyes of an excited six-year-old.

Each year half a dozen nations each sent their best pyrotechnician to compete over the course of the festival. Tonight it was an Austrian’s turn to light up the night sky.

Her husband gave me a small nod. While his wife was distracted, he appeared to be relishing the opportunity to view with his own eyes the exciting display on the neighbouring yacht. Definitely not a masseuse class.

Feeling slightly surreal, my son and I made ourselves comfortable on the giant rubber duck. Located on the deck of a multimillion-dollar luxury yacht. In the company of welcoming random strangers.

The spectacular fireworks show commenced to a backing track of thumping dance music, animal noises, and the occasional implausibly ecstatic moan all originating from the neighbouring boat.

My son tried valiantly to remain awake, but a full day in the sun spent swimming on sandy beaches and chasing supercars proved too much for him. At the end of the show, I thanked our gracious hosts and carried the sleeping boy down the gangway towards our holiday rental.

I’m not sure when it happened, but my son had somehow grown up to weigh roughly the same amount as a small elephant. Long gone were days where I could easily carry him on one arm.

To distract myself from the heavy load, and just how far the phrase “a short walk from the town centre” can be exaggerated in an Airbnb listing, I reflected back on the evening.

Beautifully appointed though the yacht had been, inside it wasn’t really all that different to the trailers and caravans we commonly associate with struggle town and budget holidays.

Limited privacy and security, due in no small part to the close proximity of neighbours.

Tiny bathroom facilities which would struggle to accommodate larger members of the population.

Next I thought about the elderly lady’s approach to holidays. To see a new part of the world each time, while staying in accommodation that suited her and her husband’s preferences.

Granted their bank balance likely contained a few more zeros than mine, but fundamentally that was the same thing I had done when choosing our holiday accommodation. This time it happened to be an air-conditioned Airbnb apartment. Earlier in the year, it had been a caravan park on the beach.

I walked past a tourist shop. It was locked up for the night now, but through the window I spied a pile of familiar giant yellow ducks, each priced at €20.

That made me chuckle. No matter our bank balance, we all want much the same things in life. 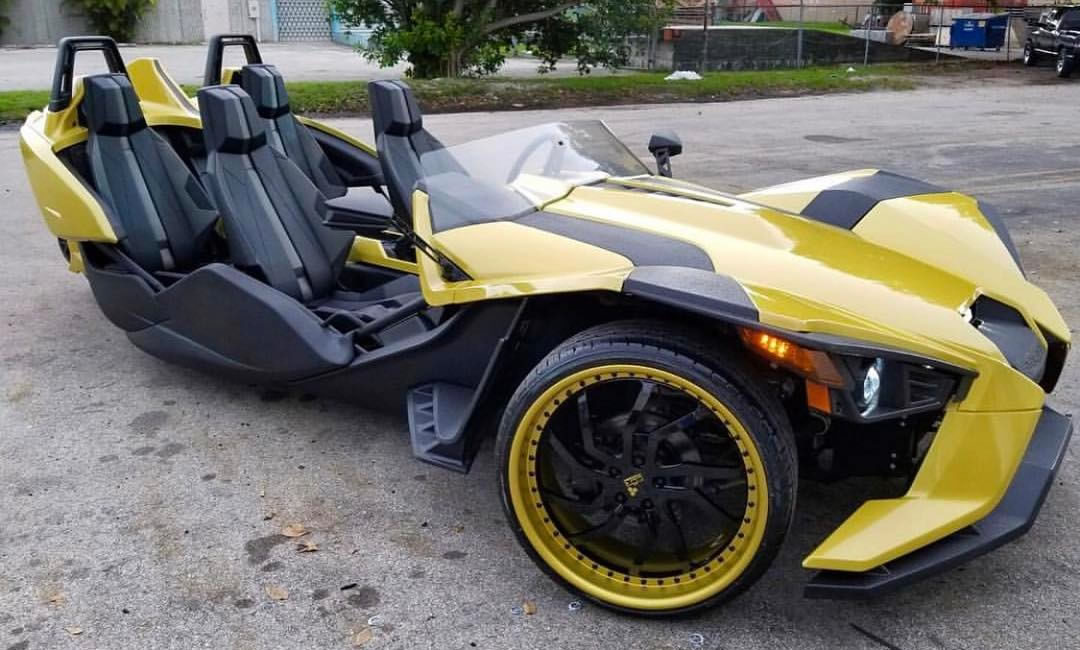 The bizarre-looking three-wheeled Polaris Slingshot supercar we had seen earlier thundered towards me. Recognising us, the driver waved and gave a friendly toot on his horn.

As it rumbled by I observed it now had magnetic signs on the doors, advertising a hire car firm.

It was a rental!

And my own well-located beachfront accommodation.

So much of this French Riviera lifestyle of the rich and famous image was make-believe. Posing and pretending.

Just like the lifestyles of the Joneses back home.

Or the needy folks constantly trying to convince an uncaring world how Insta-fabulous their lives are.

There are some delicious ironies hiding here.

Beachfront holiday cabin occupants having just as much fun as those renting beachfront mansions.

Discovering after a single day’s supercar rental, the frustration that comes from driving a car designed to travel 250+ miles per hour, but constrained to traffic speed. Unable to cope with speed bumps. That still needs to be parked out on the street.

Alas, some folks don’t learn these hidden truths until after they buy into them.

It occurred to me that there is nothing inherently wrong with dropping €50,000 on a week’s accommodation or £250,000 on a fast car. Who am I to judge? If a lifestyle choice makes a person happy, and they can afford it, then go for it.

However, the same enjoyment could be probably be had without incurring the vast spend.

That rubber duck would be just as comfortable on the beach as the deck of the yacht.

The supercar journey just as frustrating in a rental as it would be when driven by the owner.

My view of the fireworks just as spectacular from a free park bench as a multimillion-dollar boat.

The joy is in living the experience, that is what money is for. There are lots of ways to obtain that same enjoyment.

How much you spend finding that happy is a choice, within your control. There are infinitely more options to choose from, once you realise that many of those enjoying the experience you seek to emulate are merely posing and pretending.