Sometime earlier this week I realised I had misplaced my career.

I searched down the back of the sofa.

Rummaged inside my coat pockets.

Braved the dust mites and spiders inside the vacuum cleaner.

Even checked the fridge, where my car keys had once turned up after a heavy night long ago.

My career was nowhere to be found.

This was annoying. A mild sense of unease building in the pit of my stomach. Invoking long-suppressed memories of childhood home-cooked meals. Easy in, explosive out.

I cast my mind back to the last time I had seen my career. Early summer. Around the time the government was abandoning COVID restrictions in favour of summer vacations and taxpayer subsidised date nights. Neglecting to remind the public that pandemics only end once the majority of the population have been infected, either via vaccine or contact with the contagious.

Perhaps my career had escaped? Made a break for freedom, after three long months of lockdown. Tired of competing with homeschooling. Playing timezone tennis. Participating in an unhealthy number of video calls.

I reached out to my former colleagues, competitors, and industry peers. Perhaps one of them had spotted my missing career?

Roaming the mean streets of the City.

Running the gauntlet in the dystopian wastelands of Canary Wharf.

Playing amidst the tumbleweeds blowing through London’s West End.

Squatting in some soulless commuter town, clustered around a dying shopping centre with empty anchor tenant stores and boarded-up shopfronts. Haunted by the ghosts of Britain’s retail past: Beales, Debenhams, House of Fraser, John Lewis, and Marks & Spencers.

The more people I spoke to, the more a curious phenomenon began to emerge.

It wasn’t just my career that had disappeared. The same thing had occurred to many, perhaps even most, former colleagues who were my age or older, and possessed comparable levels of experience.

As none of them subscribed to my “work a little, play a lot” seasonal working pattern, they had discovered the absence of their own careers months ago.

Contacted everyone they had ever met in a professional context.

A few created portfolio websites. Monuments to past glories and faded professional achievements.

Some documented their fruitless search on social media. Providing dramatic blow-by-blow accounts of the heartache their missing career was having upon themselves. Their families. Their finances.

Kids pulled out of private schools.

Leaping aboard the “pump and dump” property boom. Fuelled by a time-limited stamp duty holiday, and completely divorced from underlying harsh economic realities. Desperate to cash out any accumulated equity before the music stops.

Not the stuff that dreams were made of. A chilling reminder of just how close to the financial cliff edge many people choose to lead their lives, irrespective of income level.

Learning that there had been a spate of careers gone missing was unsettling. My mild unease escalated to feeling troubled.

I was fortunate that for me work is mostly optional. The same could not be said for my former colleagues or industry contacts.

Could my career have been abducted? Lured away by an advertisement promising a nice safe home for its accumulated skills, knowledge, and experience?

The brief searching I had done on the job boards and LinkedIn suggested this was a long shot. There were no adverts for roles with the last few job titles I had held on client projects. Not a single one.

I spoke to a couple of headhunters, who had found me some excellent staff over the years.

They knew the market. Could read the competing forces of supply and demand. Paid keen attention to emerging trends and structural changes.

One recruiter sighed, gave a Gallic shrug, and shook her head.

The other laughed out loud. Normally an infectious musical sound that brightens the day of all who hear it. Today it was a touching combination of sympathy and despair.

They shared a story of woe.

My empty search results had not been a bizarre one-off.

Clients were no longer looking to fill those types of specialist roles. They hadn’t been for months.

A confluence of uncertainties and anticipation of impending economic doom, that had not yet shown up in bankruptcies, loan defaults, purchasing managers indexes, or unemployment statistics. The clients were fearful that economic disaster lurked, like an imaginary monster hiding in the dark beneath an over-imaginative child’s bed.

Firms were not commissioning new projects.

Existing programmes of work were being mothballed. Or cancelled.

They were not backfilling existing roles as they became vacant. Cost-cutting was the new normal.

Resources were being channelled into war chests. Contingency funds earmarked to navigate through stormy waters of bad debts, cancelled orders, and reduced demand. Eyes open to opportunistic mergers or acquisitions, should competitors or suppliers stumble and fall.

We briefly discussed the sorts of roles that they were being asked to recruit for.

Offering materially lower salaries than the market had demanded over recent years.

Seeking cost-effective generalists, to keep the lights on and the engines running,

Niche specialists were viewed as a luxury. An expensive indulgence. Affordable during boom times. Not so today. 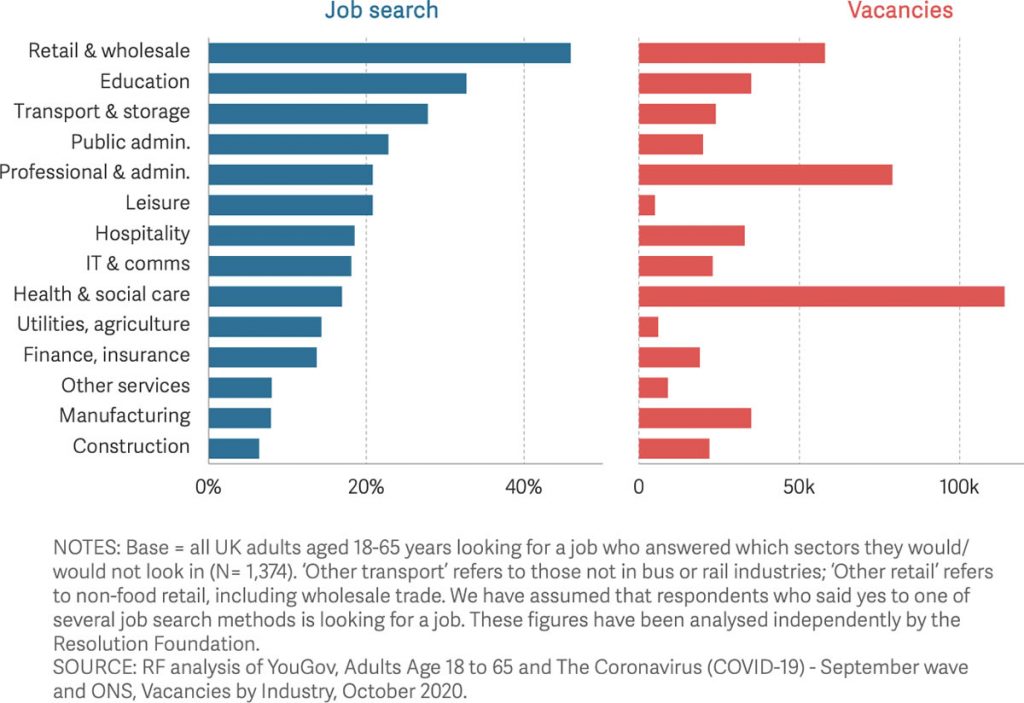 The order of the day was quick. Easy. Cheap. Certain. Seldom good, but usually “good enough”.

Accelerating pre-existing trends. Hastening the demise of the dinosaurs.

Built to solve a specific problem for millions of customers around the world. Not the mere handful of folks at a specific site, where inflated egos thought they were special and their needs were unique.

These roles were said to be consolidating into a small number of catchall “engineer” positions. Harking back to the difficult market of the early 2000s, when one smart “Analyst Programmer” did a little bit of everything and got the job done.

The recruiter’s margins were under pressure. Their commissions had dried up. Redundancies were rolling through their industry, thinning their ranks.

Echoing a sentiment shared by the hungrier of my former colleagues, they wondered if there was a future in their current profession over the next year or three?

Choose your own recession

My search for my missing career had taken a dark turn. Official unemployment levels remained relatively low, for now. Yet the folks who ply their trade at the top of the work pipeline were unemployed. In normal times they would be busy getting business cases signed off and incepting programmes, work that would subsequently employ tens, hundreds, or thousands of people.

Their unemployment is like a rock being dropped in a pond. The ripples spreading across domains and industries for quite some time to come. With that work not taking place now, few of those tens, hundreds, or thousands of people would have projects to work on in six to twelve months time. Another flashback to the job market of the early 2000s.

Those who were in work had dug in, hunkered down, and done their best to appear indispensable.

Those who weren’t, worried. Desperately hoping to find a way they could jump on board the pandemic healthcare and pharmaceutical gravy train. Unable to see where else their next job might come from.

All were daunted by uncertainty. Scared of the unknown.

Business confidence was down.

These things become self-fulfilling, the way recessions are made.

Hearing the anecdotes and sentiments from my former colleagues was troubling. I wouldn’t wish what they were going through on anyone. Finding their careers had been interrupted was humbling. Learning there was little they could do about it was a brutal hit to their confidence.

In time, many will reinvent themselves and recover in a different guise.

For some, their missing careers would prove permanent. Discovering that the world had moved on. Their skills and experience qualifying them to fight the last war, but leaving them ill-equipped and unsuited for the next one. Their skills as relevant as chimney sweeps, coal miners, nightsoil collectors, and wheelwrights. Joining the ranks of the “left behind”.

Several emergent structural changes were evident from the experiences of my former colleagues.

Those who had been independent freelancers suddenly discovered that clients were no longer buying what they were selling.

Partly basic supply and demand. Renting an extra pair of hands only makes sense when there are additional productive tasks to do beyond the capabilities of the recurring workforce.

Partly a new tax regime had instilled uncertainty amongst clients. They feared finding themselves liable for unpaid taxes and penalties, should a freelancer be deemed to be a “disguised employee”.

Those who had been consultants suddenly discovered the utilisation trap.

This way the big firm retained control of the client relationships and used their dominant market position to influence market rates. Meanwhile, the smaller firms assumed the hiring risk.

Employing professionals with niche skills as permanent employees, then betting they could string together sufficient engagements to cover their payroll.

A business plan that works until it doesn’t.

Consultancies no longer maintain much in the way of bench depth, so any consultant who is unable to get themselves assigned to billable projects tends to perish.

Some of my former colleagues had exhausted their options and run out of time.

A few had signed on as pre-sales consultants with software vendors.

Working for peanuts, their remuneration tied to sales performance. A herculean task in the current market, demanding skills and experience that they don’t possess. I wish them luck, they are going to need it.

A couple had taken huge leaps down the career ladder to join startups.

Dubious business plans and poor product-market fit meant these engagements would likely be shortlived. Confronted by their advancing years like never before, as they realised they were old enough to be the parents of many of their new co-workers.

Even worse, they had trouble keeping up with those bright youngsters! Kids who instinctively approached problems with an “at scale”, API based, cloud-native, iterative agile, mobile-first, open-sourced mindset. The polar opposite of the traditional megacorp “Big IT” approach, where they had learned their trade.

These gigs should provide my former colleagues with somewhere to re-skill and rebuild their market value.

Hopefully, those out of work are successful in reinventing themselves. Evolving a skillset that the market values and demands.

For the rest, the choices are not much different to those faced by the generations which preceded us.

Buying a job via a franchise or taking on a business based upon the sale of their time.

My search for my missing career proved unsuccessful. It may come home when it gets hungry. Or perhaps not at all.

Which poses some interesting questions.

What I do instead of a winter working hibernation this year? Amidst recurring lockdowns and long-running travel bans.

The break with my established seasonal working routine presents an opportunity of sorts.

Whatever I end up doing, five years of leading a “work a little, play a lot” semi-retired lifestyle was a good run. While it lasted!