Leadenhall Market sits at the very heart of the City of London. A 600-year-old marketplace covered by a towering ceiling of Victorian wrought iron and glass. Providing a light-filled respite from London’s notoriously inclement weather.

Once a place of blatant graft.

Monopolies and restrictive trade practices that were government endorsed and guild enforced.

Where customers were routinely conned, hoodwinked, robbed, swindled, or had their pockets picked.

Today, it is where City workers go to compare notes. Refuel. And socialise.

Agriculturalists were been replaced by actuaries. Butchers displaced by bankers. Cuttlers and tanners have given way to quants and techies. Yet the lot of the customer remains largely unchanged!

On a typical day, the market is rammed with a teeming horde of humanity.

Tourists marvelling at the architecture and stories of Dick Whittington’s cat. Half expecting to bump into period characters like Allan Quatermain, Ebenezer Scrooge, or Sherlock Holmes. Watching for wizards, on their way to replenish their magical supplies from Diagon Alley.

Harried office workers demonstrate their mastery of fluid dynamics. Surfing the crowds as they dash out for overpriced salads and sushi, to be consumed at their hot desks while doing very busy work.

Pubs and wine bars overflow with suited insurance types. Ageing brokers, sporting well-earned gin blossoms and accomplished beer bellies, holding court in a demonstration of where the real power lies in the London insurance market. Risk being shopped around amongst crowds of eager underwriters. Agreements made over a handshake and a pint. A dying breed.

Later, underlings will scurry towards the hallowed underwriting room at Lloyd’s of London, clutching vast binders of paperwork. Upon arrival, they will perch on an uncomfortable stool, tug their forelocks to those same underwriters, and participate in ridiculous theatre involving rubber stamps on physical documents.

The pandemic lockdown response had transformed the once-bustling metropolis into a ghost town. Reminiscent of the movie “28 Days Later”. The Lloyd’s underwriting room is closed. Those suited insurance types banished from the pubs to their suburban homes located in soulless commuter villages.

Sitting out the pandemic.

Our footsteps echoed down largely deserted laneways. The occasional person visible fearfully scuttled along in pursuit of some errand of imagined urgency. A lone photographer attempted to take an iconic photo, seeking to capture the eerie uncertainty of these strange COVID times.

But here is the thing: this was not back at the height of the lockdown in Spring 2020.

That government-induced period of economic hibernation.

Designed to “bend the curve”. To prevent the NHS from being overwhelmed.

For England, the lockdown effectively ended the moment the Prime Minister’s chief aide was granted a free pass for his infamous quarantine busting trip to Barnard Castle. The police conceding that from that point onwards, it was simply no longer enforceable.

The notion of personal accountability forever banished. Joining the likes of cheese rolling, gurning, and Morris dancing as a quaint historical custom that no longer has a place in modern society.

No, this was nearly a fortnight after the Prime Minister had declared the COVID-19 crisis averted and the economy open for business.

Vulnerable people, living under shielding orders for months, had been miraculously cured via press release.

Public transport was available for all. Transport For London’s trains and buses would assume Tardis-like properties. Magically allowing them to cope with the daily commute volumes while still honouring the social distancing restrictions that reduced their carrying capacity by 85%.

So two weeks on, where were all the City workers? Certainly not roaming through Leadenhall Market.

A bored “mixologist” (barman) and his girlfriend, a retail “educator” (shop assistant) sat idly outside one of the empty pubs. They challenged my kids to an impromptu game of cricket in the main market square. We were soon joined by a couple of under-occupied sandwich “artists” (short-order cooks) from a nearby greasy spoon takeaway. I understood each of their roles, if not their job titles.

While we played, I asked the retailers how their businesses were faring? Each said their takings were only 15% of a normal summer week, a traditionally quiet period for the City. All were concerned for their jobs. None could see how their respective employers would be able to pay rent or suppliers, let alone keep paying their wages.

A few minutes later my dubious offspin bowling had claimed three quick wickets, while conceding a couple of fours and a broken window.

I would love to claim that my performance merited selection in the next Ashes series. Alas, that would be a lie. The truth is that cobblestones create a diabolically unpredictable playing surface!

On reflection, the game was the most fun I’d had in the City since the time I tobogganed a McDonald’s serving tray down the snow-covered slope beside the Tower of London. Happy days.

The ball was irretrievably lost inside an empty shopfront. I wondered whether its former occupant had been an economic casualty of the pandemic? We wandered on.

Not in any hurry

A few blocks away, we observed a huge television over an empty reception desk. The vanity address office building was closed, its tenants having all told their staff not to return until the new year.

The screen played news footage of happy holidaymakers playing on a sunny beach somewhere in Spain, then cut to masked travellers wheeling luggage through a deserted airport departure lounge.

Beneath the images, a scrolling banner headline announced that Google was extending their compulsory working from home period for all 200,000 staff until at least summer 2021.

A year from now.

The next story showed file footage from Australia of vast queues outside a social security office, as the newsreader earnestly reported that pandemic job protection and emergency unemployment assistance programmes were being scaled back all around the world.

That evening I read an article which featured interviews with several City CEOs, discussing their plans to reopen their offices and have their staff return to the daily commuter grind.

None were in a hurry.

All were largely ignoring the Prime Minister’s call for everyone to return to the office.

Operations had been adapted. The transition made. Remote working was working well enough.

All had instructed their workforces to remain at home until at least the end of the summer. Many until the New Year. Some predicted the City was unlikely to return to its pre-pandemic occupancy levels.

Consistent with the drop in retail takings. And the scale of capacity reductions on public transport.

One CEO was quoted as saying:

“The rule of thumb we’re using is 30 per cent will be in the office, 30 per cent at home, and 40 per cent toggling between the two.”

I thought again about that television news bulletin. The jarring contrast between happy families playing on the beach, and the long lines of unemployed people desperately seeking government aid.

Given the choice, where would you rather be?

A friend of mine in high school believed he had “solved” life at an early age. He figured out that social security benefits such as unemployment and rent assistance pay the same regardless of whether the recipient lived in a rough inner-city council estate or a relaxed coastal town.

By many definitions, he achieved Financial Independence at the age of 20. Adjusting his expectations and lifestyle costs to those that could be afforded on government benefits alone. Last I heard, he had spent the last 25 years largely unemployed, while living near some of the country’s best beaches.

While I have some issues with his lifestyle choices, his epiphany about separating income generation from living locale was ahead of its time.

A whole generation of commuters has simultaneously had the experience of working from home thrust upon them by the pandemic lockdown. Able to ply their trade from the end of an internet connection. Regardless of how and where they lived.

The hobby farmer dialling in from rural Wales, rather than enduring an epic daily commute.

An inner-city tenant who moved back home with their parents in Cambridgeshire to save money.

The weekly commuter, who traded a tiny room in a Bed and Breakfast for life at home in Aberdeen.

Employers from all sectors of the economy have had to adapt to flexible working patterns in order to continue trading and survive.

For some, working from home has been a win for their workforce. For others, a struggle.

Some staff will happily to return to the office when they reopen. Others won’t ever return. The remainder will mix the two options. That City CEO’s 30/30/40 split is as good a guess as any.

How long do office closures need to extend before the current arrangement becomes the default?

The Prime Minister’s call to reopen by the end of the summer marks six months of lockdown.

The workforce of those City CEOs planning to commence a gradual reopening in the new year will have had nine months of experience remote working full-time.

It will have been at least fifteen months by the time the Google employees can expect to return.

While the wages remain the same, what the pandemic lockdown has granted both employers and workers is an informed choice about what their future working arrangements may look like.

Of course, that is the key caveat. Wages will not remain the same. As with the gender pay gap, the solution won’t involve raising wages to the current high water mark. Market forces simply don’t work that way. Instead, wages will likely fall to the lowest common point.

A remote worker in Majorca or Mumbai is just as capable of participating in conference calls as one working from home near Milton Keynes. They can afford to do so for significantly less, however.

Where would you rather be?

This morning I read that the Barbados government is seizing the moment. Offering remote workers the opportunity to ride out the pandemic from a tropical paradise with reliable broadband. Simply bring your own laptop, remote job, and travel insurance.

“… the COVID 19 pandemic has been a tremendous challenge to people around the world, we believe it has also opened up opportunities.

We recognise more people are working remotely, sometimes in very stressful conditions, with little option for vacation. Our new 12 month Barbados Welcome Stamp, a visa that allows you to relocate and work from one of the world’s most beloved tourism destinations.”

With the glass and steel towers of the City closed until the New Year, it is a tempting proposition.

Six months is long enough for a degree of strategic planning. A lease. Test drive a new locale.

The year “at the earliest” flagged by Google CEO Sundar Pichai provides even more certainty in these uncertain times. Long enough to trial an entirely new lifestyle.

If I didn’t have kids, I would seriously consider seizing the moment while airports are open, between now and the post-summer second wave lockdowns.

Even with kids, I’m tempted. A year is long enough to make it worth enrolling them in local schools and making new friends. 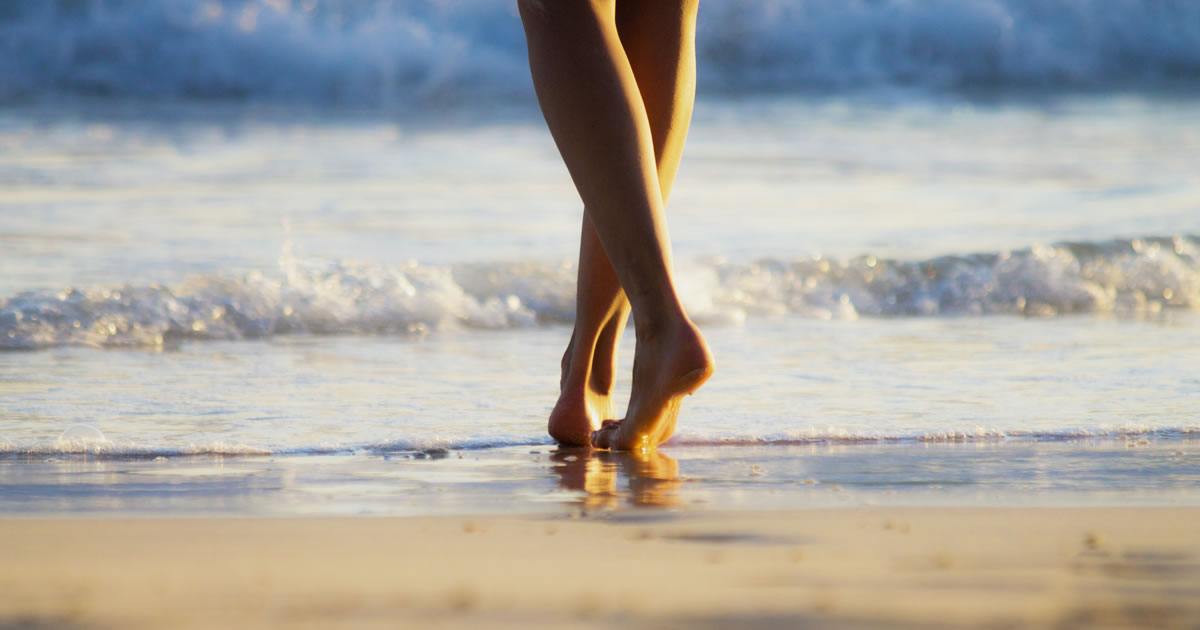