Her husband raised a sceptical eyebrow, then burst into a booming chuckle.

“You almost had me there. Seriously, where are you from?” drawled her towering husband in a strong mid-western accent.

I had just fought my off the overcrowded train. On the platform, this bewildered looking middle-aged couple plaintively asked the crowd if anyone knew the way to the university graduation ceremony.

The grey-suited masses sombrely flowed around them, but no one stopped to help. Nobody even made eye contact. Welcome to London!

I too was heading to the graduation, so paused to point them in the right direction.

As we walked down the platform together, the man had commented that I talked different to the locals, and asked where I was from.

“Australia, originally” I had replied.

Now they looked at me expectantly, waiting for me to confess that I had made the whole thing up, spoke with an affected accent, and was really from Wembley.

At first I thought they were playing a joke on me.

I made a comment to the effect that meant my whole childhood must have been a lie, some big conspiracy.

They solemnly nodded in unison.

I asked where they had heard that Australia wasn’t real?

According to the couple, during British colonial times “being sent to Australia” was a euphemism for convicts who had been secretly executed.

The unique wildlife, like the kangaroos, platypus, and cassowary?

Invented by toy manufacturers to get around patents on teddy bears.

All the people claiming to be Australian citizens?

All actors. Just look at Hollywood, it is full of talented actors who have won Oscars, many claiming to be “Australian”: Cate Blanchett, Russell Crowe, Nicole Kidman, Geoffrey Rush, and Heath Ledger.

Where do people holidaying to Australia actually go?

South America. Unscrupulous airlines and tour companies just change twice as much, then fly around in circles, to make the flight seem longer before landing.

At this point I started to realise they weren’t having fun at my expense.

They genuinely believed what they were saying, with a level of certainly usually associated with people who hear voices: the very religious and the mentally ill.

When they spoke, they had the unquestioning earnestness only possessed by the young, or the most recent converts to a movement.

With a shake of my head, I joined the teeming hordes of suits marching to the exit. The American man called out:

“Open your eyes son, you have been taken in by a conspiracy!”

While I waited for the ceremony to begin, I did a quick Google on this “Australia doesn’t exist” conspiracy. It turns out to be quite a thing!

For what it is worth, Buzzfeed reported that the Facebook post below was shared more than 20,000 times. 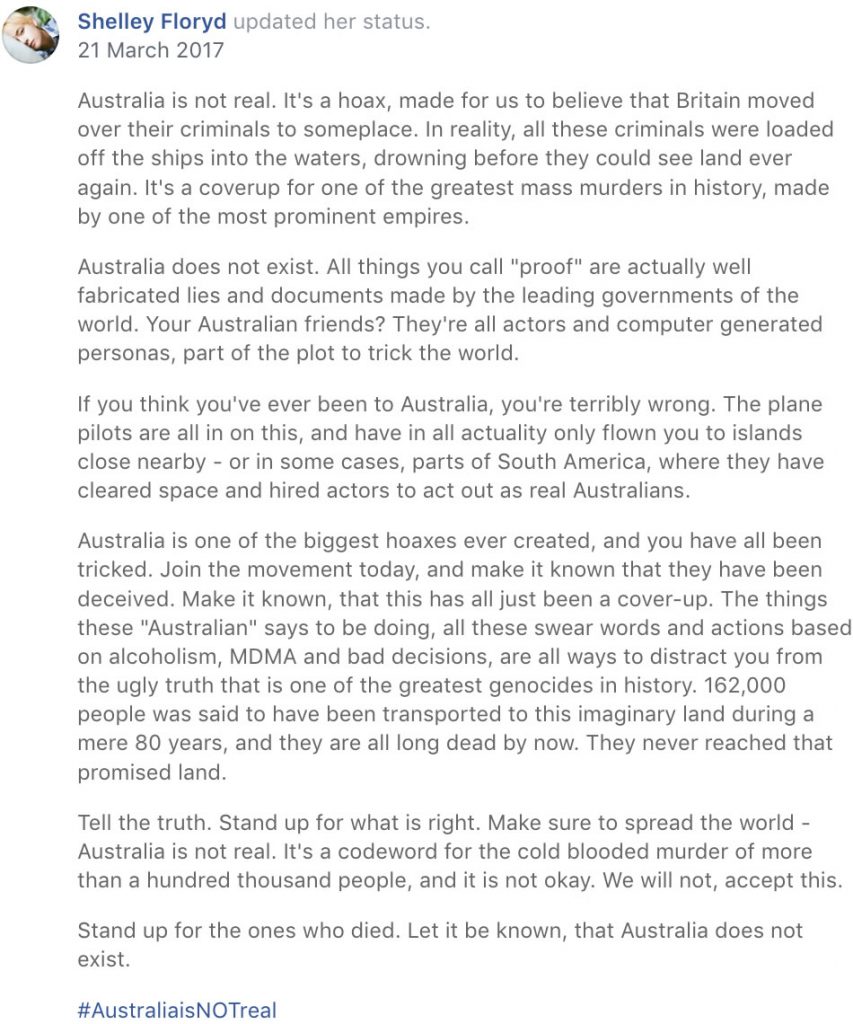 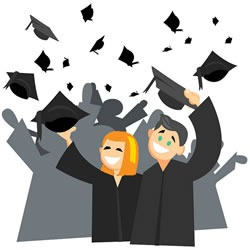 At the graduation ceremony a room full of excited, otherwise intelligent, people dressed up in costumes left over from the Harry Potter movies.

The more academically accomplished the individual, the sillier the hat and the more outlandish the robes.

Self-indulgent speakers delivering poorly written yet enthusiastically delivered speeches. There was a demonstrable inverse correlation between the value of the content and duration of the delivery.

Each speaker began their talk in that very British tradition of dissing the assembled crowd in an subtle and understated way:

“Chancellor, Vice-chancellor, Board of Governors, dignitaries, distinguished guests, graduands, and… ladies and gentlemen”

The chancellor greeted the first award presentation with a grin and a hearty handshake. ~800 awards later, the final graduate was met with a grimace and a quick left-handed squeeze, reminiscent of Bob Dole.

Hopefully he receives danger pay and an ice pack, as there was another graduation ceremony scheduled that afternoon!

An honorary doctorate was conferred to the CEO of mega-corp, who (coincidentally) also happened to be a significant corporate sponsor of the university.

The ceremony did feature a few things I hadn’t experienced before. 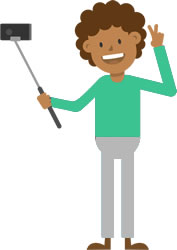 There was a handful of narcissistic graduates who held up the ceremony while taking selfies in front of the auditorium crowd, or with the Chancellor. That was new.

Distinguished professors, seated in prime positions on the stage, who spent the whole ceremony reading paperback novels and playing on phones. That was surprising, and very rude.

The highlight for me was when a blind student received a Masters. That was inspiring!

Reading through vast reams of turgid academic prose is a challenging experience, I shudder to think what it must be like to consume via a Stephen Hawking-style text-to-speech voice.

I can’t begin to imagine how hard dictating the contents of a dissertation must be, not to mention all the subsequent rounds of editing.

The cheer they received when receiving their award could have been heard in the next borough!

Learning from the learned

After the ceremony I went out for a late lunch with several of the freshly minted graduates.

The conversation turned to the dissertation topics the students had chosen.

One of the graduates had studied the propensity for people to believe in conspiracy theories, based upon their: gender, age, nationality, education level, religious beliefs, and how they kept themselves informed of news.

Some of the findings were fascinating.

I found that last point troubling.

Manipulation makes the world go around

Social media has made it easy for each of us to create our own comforting bubbles, seeking out voices that reinforce and support our own world views.

There exists a vast market of self-proclaimed “influencers” and “thought leaders” who sell into this eager and unquestioning audience.

Everyone from Tony Robbins to Robert Kiyosaki, Pete Adeney to Tim Ferriss… even the Kardashians!

Each has a discrete target audience, and a carefully crafted message designed to elicit a set of behaviours.

“Spend less than you earn, and invest the remainder with Vanguard…”

“The power of positive thinking…”

“Your house is not an investment…”

“What is your morning routine…”

Are these conspiracies? Or marketing techniques? Is there really a difference?

What constitutes a conspiracy theory anyway?

How about some things that intuitively are plausible, yet we (mostly) choose not to accept:

Or what about sponsored outcomes, where marketing spend seeks to triumph over scientific merit:

Believers view them as inalienable truths.

Sceptics view them as ridiculous fantasies, the stuff of myth, legend and fairy tales.

How could something be proved or disproved?

Would the believers ever accept that proof?

Does it really matter?

Perspective is a wonderful thing!

Once you start thinking about the acceptance of conspiracy theories, a skim through a newspaper or news website becomes troubling.

For the vast majority of stories we have no viable way of independently validating the narrative that a news story contains, let alone whether the event actually happened at all. 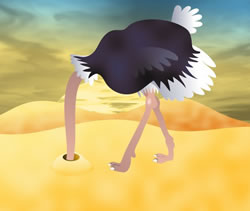 A second troubling aspect is the curation effect.

What about the things that news outlets choose not to report? The real events that we never hear about because the topic isn’t entertaining, politick, titillating, anger-inducing, or otherwise unlikely to trigger a response from the audience.

An interesting trend is the number of people who conclude that current affairs is all manipulated, mostly bad news, and doesn’t make them happy. They tune out, disconnect, and figure that if something important happens then somebody will most likely tell them.

This is similar to folks who are eligible to vote, yet don’t bother. They’ll complain about the outcome just as loudly as the next person however!

Is it all one big conspiracy theory?

Speaking of elections, a strong argument could be made that our electoral system perpetuates one big conspiracy.

We know politicians lie for a living.

The popularity contest required to win a democratic election demands telling people what they want to hear.

The candidate with the most compelling pitch wins.

Yet time and again we get disheartened and angry when those same politicians fail to deliver on the unrealistic promises they made to get elected.

This is despite the fact that intellectually we knew they had to be lying in the first place, to the point where nobody really believes in election “promises”.

We then blame those same politicians for the failings of the government, rather than accepting our own accountability for electing those politicians who sold the best pipe dream in the first place!

Choose your own conspiracy theory

On the train ride home I reflected on the day.

Witnessing so many accomplished graduates receive their awards was heartwarming.

Talking to some of those graduates during lunch was educational.

Discovering that, according to the wisdom of the internet, I had unwittingly fallen for a conspiracy theory regarding my origins was amusing.

Thinking about how society is so relentlessly influenced, marketed, and lied to was troubling.

When you think about it, successful people are those best able to influence others, manipulating them to sharing a common worldview. By definition, to be a “leader” one must have followers. Successful leaders are able to direct the efforts of those followers to “get things done”.

Winning at social media isn’t determined by the value of your content, rather by the number of people you influenced into liking or following your message.

Viewing something as a conspiracy is driven by perspective rather than fact.

I concluded that, consciously or not, we select our own world views. Therefore we need to be very careful about whom we opt to be influenced by and what we choose to believe.

Your truth is my conspiracy, an unreconcilable difference that invariably leads to conflict.

Once cognisant that we are constantly being manipulated, it becomes easier to identify the motivations of those doing the manipulation.

As a survivalist hermit is rumoured to have once said:

“it isn’t paranoia if they really are out to get you!”