“What do you need to achieve real, true happiness? What are you aspiring to?”

Michael was a racer, who lived for driving fast. He dreamt of being the fastest.

His father built four-year-old Michael a homemade kart. By age 15 he had won a national title.

With each victory he experienced true happiness.

Eventually, he made it to the top flight. A green car unexpectedly needed a replacement driver, after the incumbent was briefly incarcerated for tear gassing a London cabbie.

Michael was living his dream. Racing the fastest cars against the world’s best drivers.

Two years later he drove a yellow car to his maiden victory.

Two years after that he won the driver’s championship in a blue car. A feat he repeated the next year.

Michael was fast. Talented. The best in the world.

In search of new worlds to conquer, Michael decided to restore a once great team to its former glory. He started driving a famously underperforming red car.

This new endeavour took five long years. For a driver used to winning that was an eternity.

Curating behaviours and values into a functional working culture.

Jubilation amongst motorsport fans initially. Evolving to expectation. Before turning to dismay.

When one team dominates all the others for so long it makes for a boring show.

Unable to beat the red car on the track, the sport changed the rules to negate their advantage.

Michael was hailed as the greatest driver of all time.

He retired from doing the thing he had always thought would make him happy, and sought out challenges new: racing motorbikes.

Exhilarating speed and technology, but much greater risk.

Which was fun, until it wasn’t.

A big crash reminded Michael that at those speeds having a car chassis between body and crash barrier is a comforting safety blanket.

Michael came out of retirement for one last shot at glory, this time driving a silver car. It was hoped his hard-won experience and innate tenacity would offset his ageing reflexes.

His return was unsuccessful on the track. However, Michael’s team building skills and experience at playing the long game helped position the team for future success.

The silver cars did not win the championship during the three years before he retired once again.

The following year they started to win races, finishing second in the championship.

Then they won the title, and have continued winning every year since.

Too many chocolate biscuits

Happiness is an emotion.

It cannot be captured. Manufactured. Purchased. Or stored.

It is transient and fleeting.

As Michael discovered, today’s source of ultimate happiness loses some of its lustre tomorrow.

The first chocolate biscuit tastes amazing. A party in your mouth.

A second biscuit tastes almost, but not quite, as good.

By the time you’ve had a third, the novelty is wearing off.

That fifth biscuit will give you a tummy ache. Just because you can, doesn’t mean you should.

Yet here is the thing: all the biscuits in the packet are identical. It is our appetites and perceptions that change.

We can’t ensure happiness will occur, but we can facilitate its appearance. We couldn’t have enjoyed that delicious first biscuit without first having bought the packet.

It is often said, by those who have it, that money is an enabler not a goal.

Once your basic survival is no longer an issue, then the pursuit of money for its own sake is an empty and meaningless endeavour.

The goal isn’t the money.

The goal is the things the money allows you to do.

Give a thoughtful gift.

Spend time with loved ones instead of commuting.

The active fund management industry is often criticised for charging vast sums to demonstrably reduce their client’s wealth. The “management” function being the transference of wealth from client to advisor.

Selling the promise of a feeling. An emotion.

Where is the store you can walk into and place this type of order: “I’d like a helping of contentment please, with a double shot of happiness and a twist of fulfilment”?

If happiness could be guaranteed or purchased, such a store would exist on every street corner.

Instead, we have coffee shops selling stimulation.

The fact is you can’t buy, dream, drink, eat, fuck, inhale, inject, invest, plan, or pray your way to happiness. That isn’t how it works.

The most consistently happy person I have ever met once told me that happiness is a choice.

She was a migrant far from home. Struggling to raise two young children on her own. Earning peanuts working for an unappreciative charity. Located more than a two-hour commute away, each way.

Most people would have given in, or given up. Swallowed their pride. Surrendered. Become one of society’s takers.

This lady wanted to set a good example.

To show her children the value of a strong work ethic.

The importance of doing a good job while performing meaningful work

Despite the constant challenges she faced, this lady was forever smiling and often laughing.

What impressed me about her was that she was happy. Today. Now.

She wasn’t waiting for a lottery win or inheritance or redundancy.

She didn’t save all her living for the weekend or after work.

Instead, she consciously chose to enjoy every moment. Wherever she happened to be. As much as she could.

The secret appeared to be managing her own expectations.

Seeking joy in the everyday.

It was Darwinian in a way. Only the happiest of activities survive.

This was a constant process, not something that could ever be ticked off a ToDo list.

She had engineered a system for enabling happiness, in the same way Michael had established a repeatable formula for creating winning racing cars. 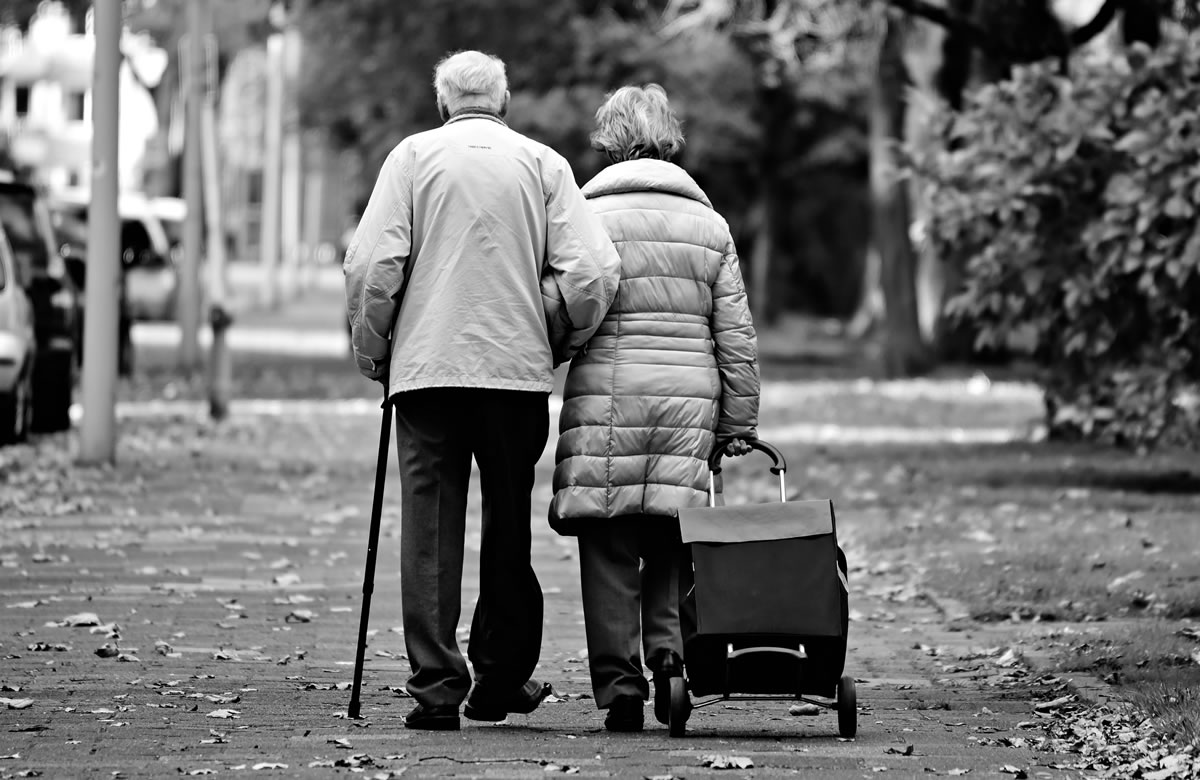 Happiness is in the moments, not the marriage. Image credit: MabelAmber.

That got me thinking about happiness. Consider a common experience that people often believe they find happiness in.

Getting married makes people happy. A memorable celebration shared with loved ones. A single, one-off event.

Being married makes few people happy. Marriage is an institution. A legal state of being.

Married folks may find happiness in specific moments spent in each others company. However, it is the experiences and the shared moments where happiness is found. Not the institution itself.

I reject the premise of SavingNinja’s thought experiment.

Michael was able to design a single “perfect” day, where he would experience true happiness. However, he discovered that an endless series of perfect days quickly becomes commonplace.

The lady from the charity learned that contentment comes from within, via expectation management. Master that, and happiness can be found anywhere.

Attempting to design “real, true happiness” is a fool’s errand, like chasing rainbows.

The goal should be designing a sustainable system of behaviours, expectations, and values that enable happiness.

Michael created a system for building winning racing teams. The teams who used it have won a dozen world championships.

All those winning drivers look pretty happy, while spraying champagne from the top step of the podium.

What are you waiting for?