The demob happy teacher at school drop-off asked if we were going away for the school holidays?

My son and I responded simultaneously.

Without thinking, I answered “home”.

The boy rounded on me and issued a bollocking that raised the teacher’s eyebrows, and produced grins on the faces of the other parents.

“No, silly! Home is down the street from school, you were there just a minute ago. How could you have you forgotten already? You’re not that old!”

The school bell rang. He gave one of his trademark eye rolls, before following his classmates inside for the last day of term.

On the long bus ride to the office, I reflected on our different perspectives.

We had both lived in our current house for the same period of time.

In his case, it is all has ever known.

Too young to remember his early days, when we squeezed into a two bedroom flat, lived in each other’s pockets, and constantly suffered from cabin fever.

A safe and familiar place.

Filled with all his treasures.

Shared with the people he cares about most in the world. And the cat.

Surrounded by a magic forcefield that keeps the bad guys and monsters away.

He informed me the other night that when he was taller he would marry his nanny. They would live together in his bedroom. He had emptied out a dresser drawer so she could store her clothes, but he wasn’t sure where her toys would go because the toy box was full.

In many ways, I envied his naïvety and unshakeable certainty that his blissful existence would continue unchanged forever.

A place to lay your head

By contrast, I’ve moved house more than a dozen times over the years.

A couple of those had that “feels like home” sense, in the way my son understands the concept.

Most didn’t, feeling like no more than a temporary stepping stone on the way to somewhere else.

There were no correlations with practicalities like a short term lease or owning the property outright.

Nor concrete plans about what the future held.

Nor something as simple as wanderlust.

I simply haven’t felt connected to the bulk of the places I lived in.

They served a purpose. A place to lay my head, and store my stuff.

My father used to talk about seeing “ghosts” when he walked through my former childhood home.

He half expected to be greeted by (now grown-up) giggling toddlers and (long-deceased) barking dogs, bounding around the corner while playing some long forgotten game.

Their failure to appear saddened him.

My father derived much of his identity from his home, and his sense of belonging to a community.

When venturing away from his home town, and out of his comfort zone, he seemed to shrink.

Intimidated by the unfamiliar.

It was an interesting perspective, but not one I’ve personally experienced or particularly understand.

I used to get a feeling of elation each time I looked out of the aeroplane window at the dawn sunlight sparkling over Sydney Harbour. Seeing the harbour bridge, the opera house, and the familiar skyline never failed to bring a smile to my face. 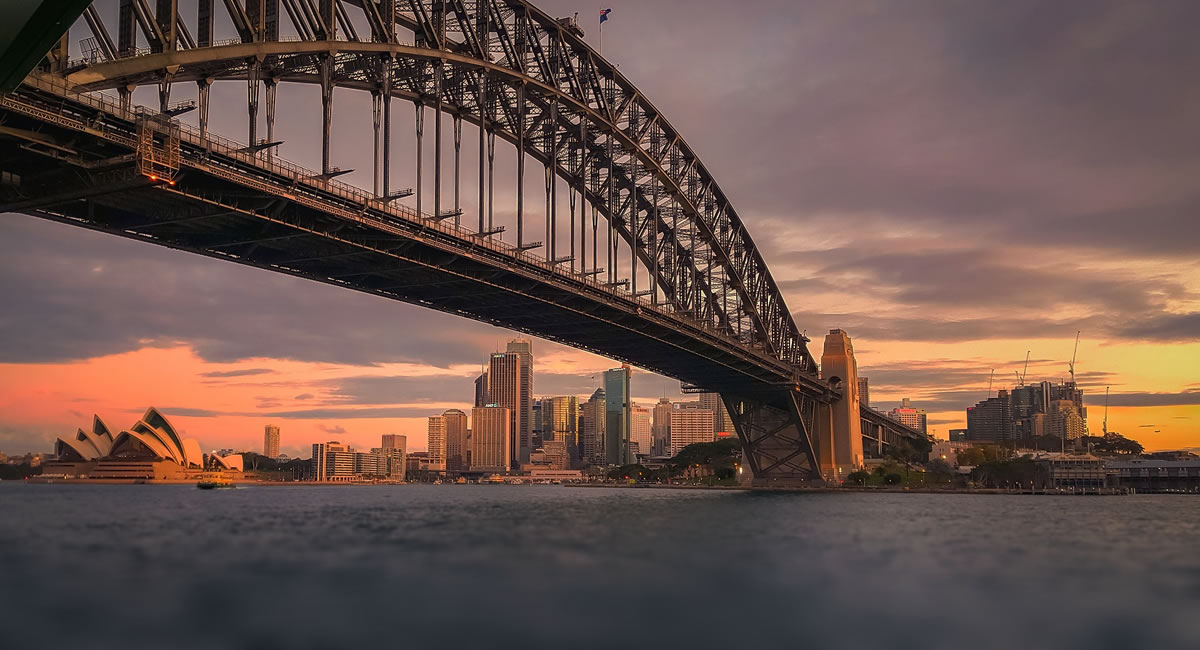 Once it became possible to get a direct flight to my former home town, I would experience the same feeling arriving there.

I stopped to ask myself why that was, and realised I was simply elated at the prospect of escaping the plane seat I had been confined to for the last 21+ hours!

Don’t get me wrong, Sydney is a lovely city.

Just not one I long for. Or even think about all that often.

The reason I never experienced a corresponding feeling at the return journey’s end was that it represented a return to real life.

Sitting at a desk all day.

I do enjoy returning to the town I grew up in. Occasionally.

Catching up with the few friends and family who remain there is fun.

Ever so slowly, they have come to resemble the mental picture I hold of their parents, from playdates decades ago. That is a troubling prospect, as I suspect they would observe similar changes in me!

My “home” town is one of those transient places, where people come and go, yet nothing seems to change.

The topics of discussion in the local pubs and restaurants are the same now as they were when I lived there over 20 years ago.

Tales about their last holiday. Plans for the next one.

Talk of career advancement and formalising relationship statuses. Though as careers topped out and age crept up, this has gradually been replaced by stories of divorce and increasingly of health issues.

Sharing personal triumphs and tribulations have largely given way to sharing those of children and grandchildren, living vicariously replacing the actual living they once participated in.

If I’m honest I quickly tire of the repetition, and after a few days, I am more than ready to leave.

Ironically it was exactly this sort of thing my father revelled in!

It has been a long time since I felt like I belonged there.

Yet ironically I have never felt like I belonged in any of the subsequent places I have lived.

A tricky puzzle. One I am yet to solve.

One thing I have figured out is that “home” is a feeling, rather than a place.

It is also fleeting. Not an address. Nor a permanent state of being.

For example, I felt right at home while backpacking around the world as a teenager. Carrying all I owned. Having no idea where I would sleep that night.

I have never felt less at home than the time we moved into our “forever” house. Bought two brand new cars. Truckloads of furniture. Even got a dog.

Financially much poorer for the experience!

Being surrounded by my children feels like home at the moment, irrespective of where we are physically located.

That may no longer be true after sitting next to them for the duration of that marathon flight!

As I procrastinate over packing my suitcase for the trip, I wondered whether that feeling of not belonging was just me, or shared by others?

I thought about some of the characters I have written about previously, and where they find themselves today.

Lars retired to France. He now runs an enjoyable, yet commercially unsuccessful, microbrewery. Copenhagen will forever be “home” to him.

The accountant became a tax exile.

Bouncing around between the United Kingdom, Hong Kong and Australia; yet not paying much tax in any of them.

Her greatest fear is a delayed flight that tips her over the tax residency threshold, causing a mighty pain in her wallet. This self-induced state of homelessness is financially driven, yet seems like a high price to pay to avoid paying taxes.

Bert migrated with his family to the United States. An accident shortly after he arrived rendered him wheelchair bound, and no longer able to care for himself. He is a long way from feeling “home”, but unfortunately no plane ticket can solve that problem.

She had funded her extended family to get established with homes, businesses and educations. When the time came that she needed assistance, not a single one of them reciprocated.

She pines for her home from long ago. A life that no longer exists.

The scoutmaster fled town in the middle of the night, after allegations were made that he had been overly attentive to some of the boys in his care. For him, returning “home” is no longer an option.

The elderly French couple remain very much at “home”, constantly entertaining the endless stream of family and friends who stop by to visit their sprawling ramshackle abode.

It had never occurred to me before that Dorothy’s quote from the Wizard of Oz had more than one meaning. 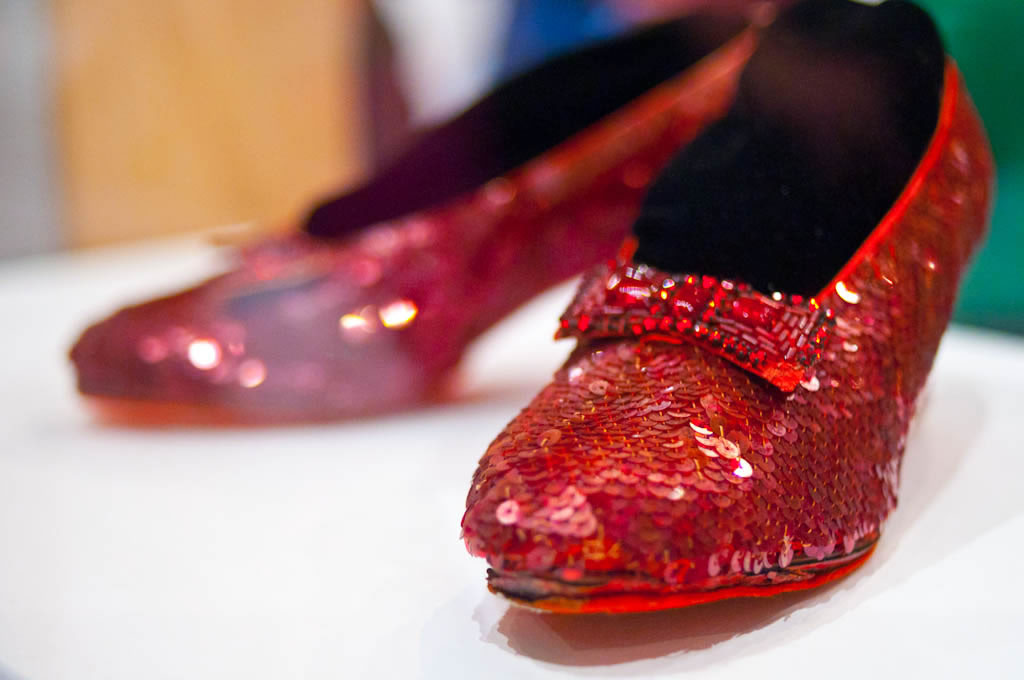 There is no place like home. Image credit: SunOfErat.

Rather than a heartfelt wish, perhaps it was a definitive statement: there really is no place that like home, because home is actually a feeling.