More to life than this

Deo’s family were poorer than dirt. They lived in a windowless one-room hovel, earned a pittance, didn’t have enough to eat, and everybody looked down on them. In short: it sucked to be them.

On a sweltering day in late February, with the temperature hovering around 35 degrees, 14-year-old Deo was dejectedly walking home along the East Indian Railway tracks outside of Allahabad.

Deo heard a steam locomotive slowly puffing towards him. As he had done hundreds of times before, he automatically stepped to the side of the tracks to avoid being run over.

His father would surely beat him when he got home for not finding day labourer work that day.

If he went home. There had to be more to life than this!

As the train went past, on a whim Deo grabbed onto a handrail and swung himself onboard. 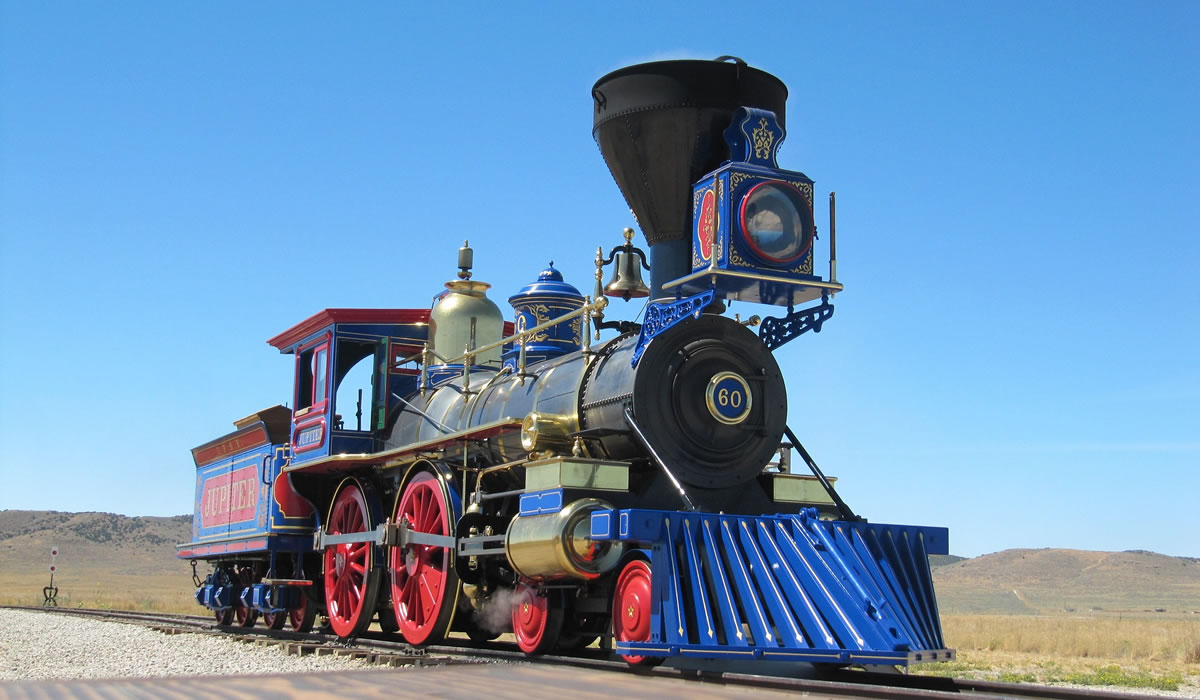 Possessing no more than the threadbare clothes on his back, Deo rode the train more than 800 kilometres towards the vibrant coastal city of Calcutta.

More to life than this

Late the next day, the train slowed as it approached Howrah station. Deo leapt off, tumbled across the dusty railway yard, and set out to explore.

Over the next couple of days, Deo heard several times about a land of opportunity, where the streets were paved with gold and a man could make his fortune: Fiji. The rumour was that sugarcane plantation owners would pay high wages to hard workers who were willing to undertake the 10-week journey by sea to relocate.

Deo headed down to the docks and found a harried British clerk near the bottom of the gangway belonging to a schooner named the Leonidas.

While Deo didn’t have the money to pay for his passage, the clerk offered him the opportunity to travel for free and briefly work off the passage once he arrived in Fiji. As Deo couldn’t read or write, he had no way of understanding the contract the clerk had him mark with an “X“.

The ship set sail the next day, with Deo and 497 other migrants on board, all eagerly looking forward to the promise of a new life of opportunity and regular meals. 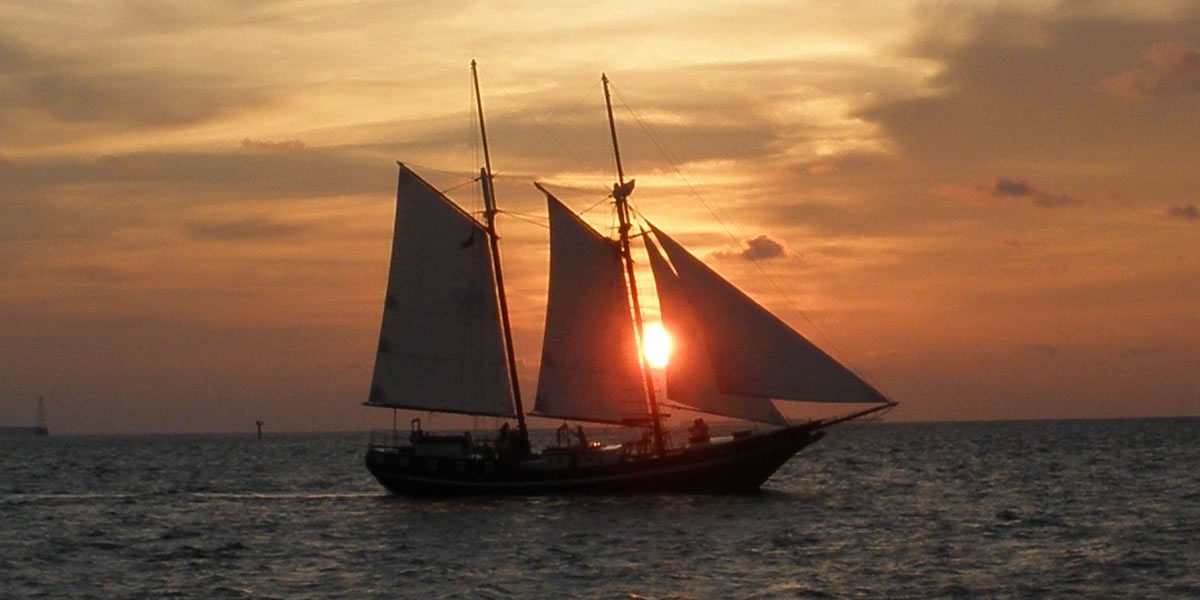 A few days out of port one of the passengers came down with smallpox.

A couple of days later another passenger suffered from cholera.

Deo was scared. His grand adventure was rapidly turning into a nightmare. He found himself trapped on an overcrowded ship, full of people travelling 10,000 kilometres away from home, with nowhere to hide from not one, but two, highly contagious and often fatal diseases.

Upon hearing of disease on board, the Governor of Fiji refused permission for the ship to dock. A measles epidemic had killed 40,000 people, over a third of the native Fijian population, a few years earlier. Hoping to avoid a repeat of that tragedy, the Governor insisted the Leonidas passengers remain quarantined.

The Captain of the Leonidas attempted to sail towards a beach further down the coast, only to run aground on a coral reef. The ship began taking on water!

The Governor stationed armed soldiers along the beach with orders to shoot any passenger or crew member who attempted to disembark.

Figuring that he had so far managed to avoid becoming sick, Deo opted to remain on board.

Fortunately the damage to the ship was minor, and the crew were able to safely float the Leonidas off the reef at high tide. With the soldiers preventing the ship from landing, the Captain gave the order to drop anchor, and a standoff ensued.

The Governor ordered a hasty quarantine station be constructed on a nearby uninhabited islet. 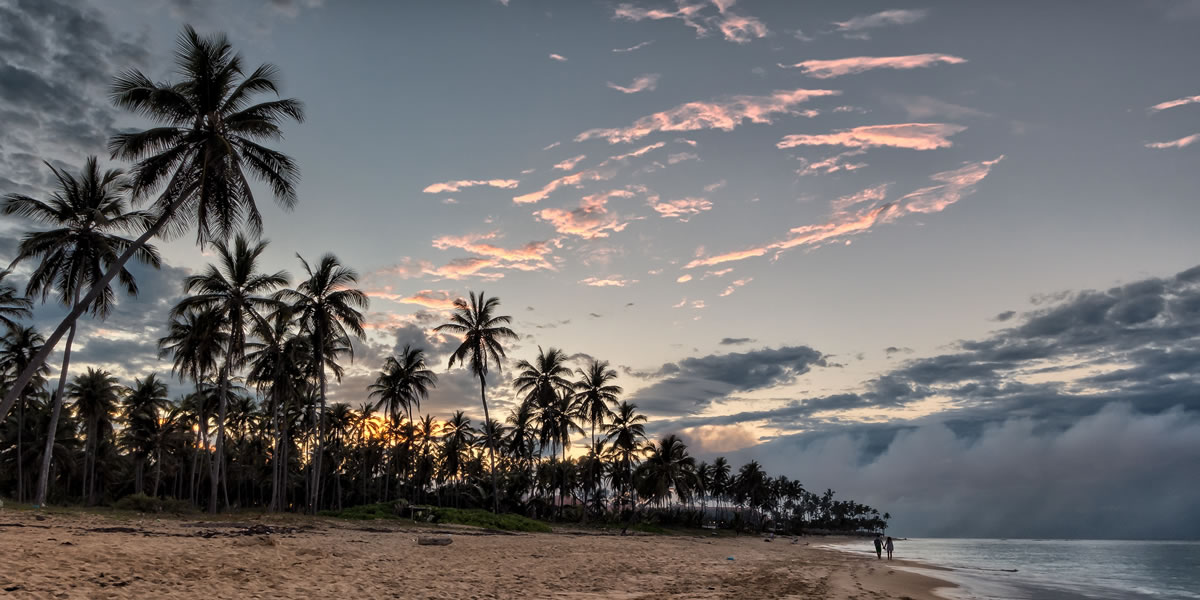 After several days of frantic construction, the Leonidas crew were ordered to ferry the other passengers to the newly built wood and straw huts of the quarantine facility.

Deo was dismayed to see that his new home was little different to the ramshackle shack he had fled back in Allahabad!

Armed soldiers prevented the crew from returning to the ship, they too were to be quarantined.

The crew rioted. They would earn no money while imprisoned on an island.

Shots were fired into the air, making it very clear that the quarantine was an order, not a request. It would be enforced at gunpoint if necessary.

For the next three months Deo, his fellow passengers, and the crew of the Leonidas survived on food and water supplies from the ship’s stores, supplemented by scant provisions offered by the Fijian colony.

A further 12 passengers died from typhoid and dysentery during the quarantine, caused by the cramped living conditions and poor diet.

Eventually the quarantine period concluded without any further outbreaks of smallpox or cholera. The Governor gave permission for the passengers and crew to conclude their voyage to Levuka.

Deo and the surviving 462 passengers disembarked to be met by the sugarcane plantation foreman. He explained in no uncertain terms that they were indentured servants, who owed a debt to the plantation in return for their passage to Fiji.

It would take 5 years for each of them to work off their debt, during which time they would receive food and housing… but no wages!

Should they live to clear their debt, they would have the option of remaining in Fiji or paying their own way back to India. The price of the return fare was to work a further 5 years… payable in advance.

Deo was dismayed! Everything he had been told about high wages in return for hard work had been a lie.

The roads weren’t paved with gold in Fiji; but they were soon slick with the blood, sweat and tears of the 60,000 Indian indentured servants who eventually joined Deo in Fiji. 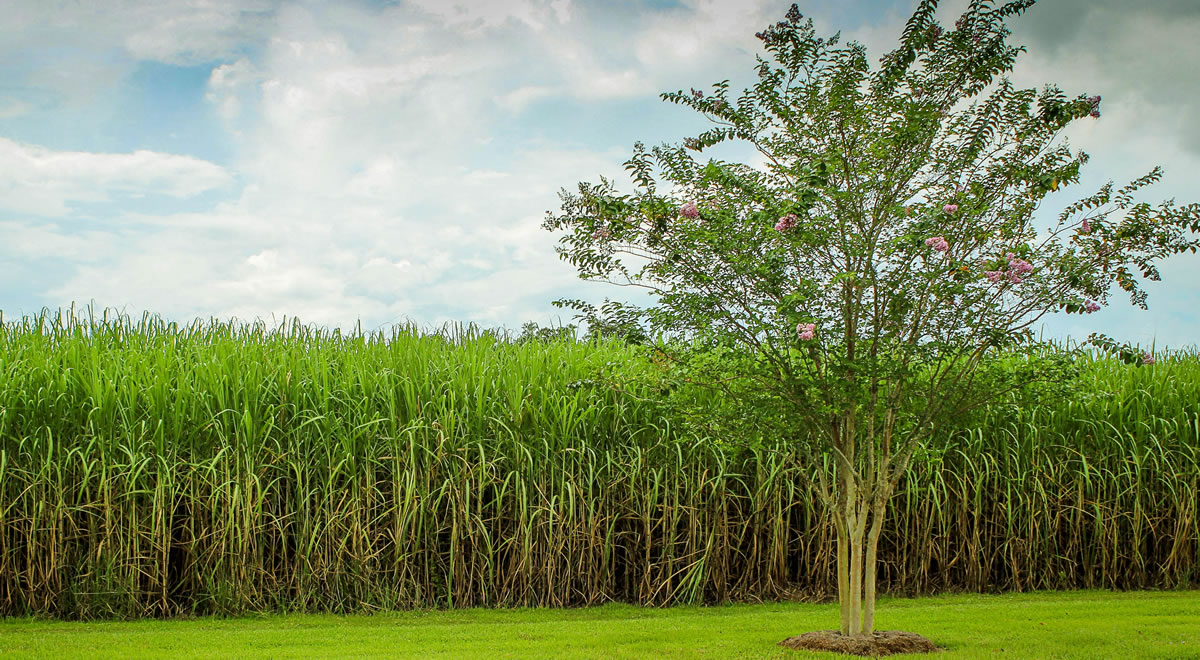 Harvesting sugarcane is a tough way to earn a living. Image credit: JamesDeMers.

70 years later Deo was an old man, still living in Fiji. Unlike approximately two-thirds of his fellow indentured servants, he never returned to India.

He owned half the commercial property in one of Fiji’s larger towns, and operated a small conglomerate of business enterprises.

Deo had married, and had a small tribe of children. All but one survived to adulthood.

Wanting to ensure that ignorance and illiteracy never allowed his children to be take advantage the way he had been, Deo sent each of them away to boarding schools in Australia or New Zealand once they reached high school age.

The majority of Deo’s children went on to complete university degrees, before scattering to cities around the world to cities that really did offer remarkable opportunities to those willing to seize them: London, Melbourne, Vancouver, and Wellington.

Only one of this children returned to Fiji, after qualifying as a nurse.

She looked after Deo during his final years, and in return was rewarded with an inheritance containing the majority of Deo’s properties and business interests.

Money often brings out the worst in families, Deo’s proved no different. There were lawsuits contesting the will, feuds, and grudges that were held for generations.

The daughter sold off many of the properties over the years, using the proceeds to pay for Deo’s many grandchildren to attend good schools and universities.

Unfortunately Deo’s grandchildren did not inherit his relentless drive to not just survive, but to succeed. Nor had they been instilled from a young age with the strong work ethic that Deo had insisted his own children develop.

For the most part, Deo’s children had wanted to ensure their own children experienced little of the hardships and deprivations that they had known growing up. Instead, Deo’s grandchildren were provided with as much privilege and opportunity as their parents could manage.

In hindsight this probably did Deo’s grandchildren more harm than good. It created a generation of young adults who were accustomed to a high standard of living, felt entitled to continue enjoying the same, but had never developed the work ethic required to sustain such a lifestyle.

They lived beyond their means, frequently putting their hand out for help or financial assistance.

Many of them ran into financial trouble, and were bailed out by their parents or their “rich” aunt who still lived in Fiji.

Occasionally one of Deo’s grandchildren would move to Fiji.

Typically this was initially driven by the hope of securing their own inheritance, by repeating the experience of their aunt.

She was wise to this however, and insisted her nieces and nephews worked in the family businesses.

Over time some of Deo’s grandchildren learned the art of running a business, and the value of hard work. One grandson was given the family trucking business to run. A granddaughter managed the remaining commercial properties. A couple others bought land and established themselves as farmers.

For many years life was good for Deo’s descendants who remained living in Fiji. They had come a long way since a penniless 14-year-old boy travelled thousands of kilometres from India many decades before.

Over time a growing sense of resentment and hostility developed in Fiji. Many of the native Fijians grew disillusioned and angry that they were being left behind, not enjoying the relative economic prosperity they perceived the Indian community was benefitting from.

The successful businesses all seemed to be owned by Indians!

The good jobs all seemed to go to Indians!

The nice cars all seemed to be driving by Indians!

Populist politicians and opportunistic business owners fanned this simmering discontent. They promoted messages of nationalism, xenophobia, and the dream of “taking back control” of their country from all the “foreigners”.

A coup was staged, and then another.

The Fijian king was dethroned.

The government was dissolved.

The military seized control of the country.

Lawless mobs looted and seized property owned by Indians, often injuring or killing their former owners. Farmers were evicted from their lands. Shopkeepers were thrown out on the street.

There was little rule of law remaining, leaving no recourse to seek justice.

Their trucks had been stolen.

Their shops looted, then burned down.

Their farms seized and occupied by squatters.

But they were alive. They escaped been raped. The injuries they sustained at the hands of the mob would heal.

That made them more fortunate than many.

The family suddenly found themselves not quite as penniless as Deo had been a century before, but all that they had worked so hard for had been taken from them the instant when bigotry and hate-fuelled rhetoric sparked riots and mob rule.

The majority of Deo’s remaining family in Fiji fled overseas, joining an exodus of more than ten thousand ethnic Indians.

As she walked across the tarmac to board the plane, Deo’s daughter looked out at the horizon, where a plume of smoke rose from a burning building. She thought to herself: “there is more to life than this“.

Deo’s daughter used the last of her inheritance to help her family members emigrating from Fiji to establish new lives elsewhere.

The net worth that Deo had accumulated over the course of his life had largely been squandered or stolen.

His legacy remained his well-educated children, and grandchildren. Most of the latter remained as work shy idlers, preferring hand outs to hard work, and unwilling to help themselves.

However there were a precious few, who eventually learned to emulate some of Deo’s entrepreneurial skills, under the watchful eye of their formerly “rich” aunt.

They had learned the importance of cash flow; to develop and run businesses; and most importantly to back themselves.

If their grandfather Deo could start with nothing, and yet still succeed, then there was no reason why they couldn’t do so as well.