Many years ago I attended my wedding reception.

It was an interesting experience, as I wasn’t entirely sure what to expect.

We had been living half a world away from any common location that the majority of our family and friends might willingly commute to. So we picked a fancy hotel in a city near them, set the hotel’s function manager a spending limit, and challenged him to organise a fun wedding reception for us.

This was liberating in many ways. It freed us from the stress of making a bunch of decisions. It also eliminated the hassle inevitably faced by untrained amateurs when trying to organise a major event.

It could have gone horribly wrong. But it didn’t.

The guy did an amazing job.

A food buffet that had the guests lining up again for third helpings.

A wine buffet that had people (include us) taking notes.

A DJ who artfully managed the mood, atmosphere, and timing of the party.

This meant the biggest things we had to worry about was ensuring the number of gate crashers didn’t exceed the number no-shows, and appointing polite but firm bouncers to remove disagreeable in-laws when they inevitably started to cause trouble.

The hotel also donated our accommodation while we were in town as a wedding present.

Accepting the room proved to be a mistake.

Once the party finished, in a random act of bastardry, some of the less helpful guests thought it would be funny to ring the room or knock on the door.

Until the breakfast buffet opened the next morning at 06:00!

All fun and games until someone loses an eye

One of those troublesome folks was a guy named Simon. As was the case with many of the party guests, I had never met him before, and have not seen him since. He was the husband of an old high school friend of my lady wife.

At that time Simon was a corporate high flyer. He had ridden the fast track towards the rarified air of the C-suite, responsible for hundreds of staff and a budget in the mid-eight figures.

He had been married for roughly a decade, to a lovely lady with a unique outlook on life and a bizarre approach to parenting.

Together they had a pre-school aged daughter; whom the mother still breast fed and insisted share her parent’s bed.

They were midway through a major renovation project, upgrading and extending an older home located on a huge corner block in one of the nicer parts of town. Based on comparable sales figures in the area, once completed the property would have increased in value by roughly 20x Simon’s impressive annual salary.

A few months later, on a random Wednesday afternoon, Simon was desperately unhappy with the way his life had turned out. 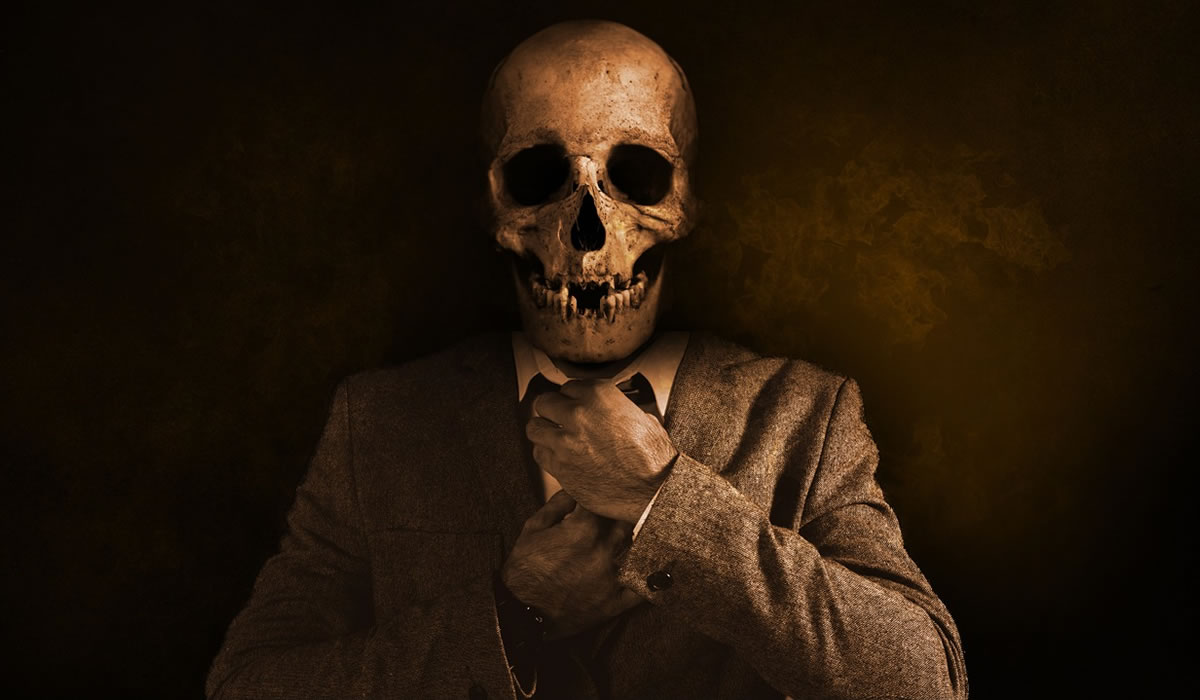 Life was passing him by. Image credit: Max Pixel.

Simon’s job, while lucrative, was stressful and unfulfilling.

When he looked up the corporate ladder above him, all he could see were assholes.

Looking sideways, he was surrounded by smiling assassins. Peers who were eagerly poised to throw him under the bus at the earliest opportunity, so they could reduce competition and climb over his carcass to reach the next rung on the ladder.

It wasn’t personal, he had done the same to them.

When he looked down, he found himself constantly circled by ambitious man-eating corporate sharks.

The arrival of his daughter had marked the end of his marriage as he knew it.

Sex, holidays, eating out, and boozy date nights were all distant memories.

In their place was a relentless narrative about darling daughter’s sleeping patterns, bowel movements, and (dubious) artistic abilities.

The wheels had come off the building project when loose fill asbestos has been discovered in the roof and wall cavities of the old house.

Under the local development rules, the regional government used eminent domain powers to compulsorily acquire and demolish the property.

After yet another long day at the office, Simon collapsed into the driver’s seat of his beloved Audi.

Hands on the steering wheel.

The thought of spending yet another evening listening to his wife prattle and complain, followed by a sleepless night getting pummelled and kicked while his daughter played football in her sleep, made him feel physically sick.

He didn’t want to go home.

Half an hour after he normally arrived home Simon’s wife started calling his mobile. He switched it off.

He drove to a nearby hotel and enjoyed his first unbroken night’s sleep in years.

The next morning Simon returned to work as normal, still wearing the same clothes as the day before. He instructed the building’s security guard not to admit his wife, and told his personal assistant to not put through his wife’s calls.

Meanwhile, Simon’s wife was frantic with worry. When she had been unable to reach him, she had contacted the police to report him missing.

Mid-morning two police visited Simon’s office to investigate his disappearance. They could do nothing more than verify his wellbeing. As a functional legal adult with free will, he was within his rights to sleep wherever he chose to.

The police officers explained in great detail just how much of a bastard Simon was for causing his family to worry without explanation. Then departed to explain to Simon’s wife that he was safe, well, and had absolutely no intention of returning home.

I caught up with Simon’s wife and now teenaged daughter recently. He had never made any attempt to contact them after that night.

Eventually, she had divorced him. The settlement was handled through his lawyer.

To date, he had made no child support payments or contribution whatsoever toward the cost of raising his daughter.

It would be fair to conclude Simon is unlikely to win a Father of the Year award.

This week started with an email from one of my property managers, raising the alarm about a leaky roof after a recent severe storm.

Water trickling out of light fittings.

At the bottom of the message was a selection of the “dream” properties her firm had for sale, including a beautiful beachfront house in a coastal town within commuting distance of a major city.

Having just experienced a bruising weekend of familial discord, I was asking myself why I bothered?

Feeling like I had been taken for an April Fool, I wondered whether Simon had been onto something?

Not the cowardly family abandonment or responsibility shirking; rather the dawning realisation that he was done compromising, and deciding to put what he wanted out of life first.

What if I cashed some of my chips and bought that beautiful house on the beach, outright?

Sold my business and let some other poor bastard deal with rainmaking, client handholding, staffing issues, and navigating a path through the Brexit uncertainty induced strangling of the work pipeline?

Abandon the carefully constructed pathway through some of the nation’s best state schools, which (should they choose to take it) would pave a realistically viable route for my children to gain admission any university they desired.

Uproot my family from their well-established lives in London. Drag them kicking and screaming away from friends, social circles, and work in search of a simpler life of surf, sea and sand?

They would undoubtedly think me an utter bastard for disrupting their lives.

The kids would adapt, it is what kids do.

Such a move would likely prove to be marriage terminal, a disruptive and extremely expensive proposition indeed!

Setting aside the practical realities and endless compromise that is being an adult, I explored the financial impact of making such a move.

Replacing them with the much smaller homeownership costs, lifestyle led slower pace of life, skin cancer, and non-existent employment prospects in my professional niche.

First a quick side by side comparison of the main big ticket cashflow items that would change as a result.

Swap some shares held in a taxable account for the beach house.

Eat the resulting reduction in dividend income from that taxable account.

Trade rent expenses for maintenance costs, using the data collated during my ~20 years of property investing as a baseline.

Thank the nanny for her time and wish her luck finding alternative employment.

The difference is staggering!

Next, I war-gamed those adjusted figures, using the financial tracker spreadsheet I used to produce my monthly charts.

The story could be neatly summarised by the revised Financial Independence-o-meter chart below.

Making the move would not result in my being entirely Financially Independent, which I define as the point where reliable passive income sustainably covers lifestyle costs.

However it would get me pretty close!

It is heartening to know that I have options, and to recognise that I am only as trapped as I choose to be.

However I think it is important to occasionally take the time to consciously reflect on:

Over time our preferences change.

Those stars we were shooting for may not look quite so shiny or attractive on closer inspection.

Simon failed to do this, letting misaligned goals and dissatisfaction with life build up until it overwhelmed him.

While rarely as extreme as Simon’s case, we often see examples of misaligned goals.

Or the foolish parents who finally decide to extend the family home, at roughly the same time their fully grown children leave for university or move out to make their own way in the world.

In both cases the “used by” dates of long held goals had expired.

Conversely, we regularly hear stories about how the stress often melts away from a job, once the financial imperative has been removed from the jobholder’s time investment decision making.

When that decision truly becomes a choice, as opposed to a forgone conclusion, many of our self inflicted pressures vanish.

Personally I won’t be calling the movers in to take advantage of geographic arbitrage just yet.

What I will do is book an AirBnB at the beach for the Easter break. It feels like a vacation is needed!