Henrik had a gift. He could craft beautiful, simple yet elegant algorithms that enabled computers to do amazing things while consuming remarkably few resources.

This is the programming equivalent of Hans Zimmer composing a film score, or Serena Williams making it look like she has the ball on a string during a Wimbledon final.

50 years ago all programmers had this gift. It was a core skill. A prerequisite to competence.

When Margaret Hamilton led the NASA programming team that wrote the control programs required to put a man on the moon, it had to run in just 64 kilobytes of memory.

By way of comparison, the “smart” TV in your family room contains more than 30,000 times the amount of memory that was available to NASA. If you’re anything like me, the most productive thing you’ve done with all that computing capacity is watch Game of Thrones! 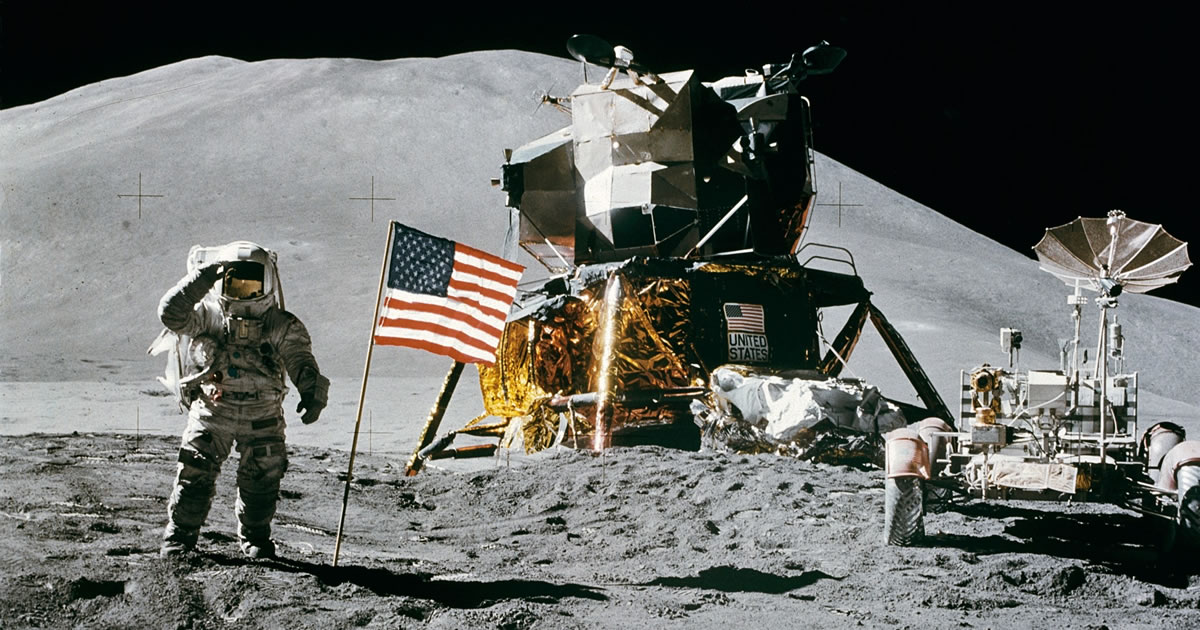 A headhunter aggressively sought to recruit him.

His new employer was a medical technology company. They needed someone to write programs to control embedded medical devices, like pacemakers and insulin pumps.

Henrik arrived at the lovely office and met his very relaxed boss and friendly colleagues.

At some point during that day, it occurred to Henrik that the medical devices had very limited computing capacity.

This was going to be a challenging role.

Henrik returned to the well-appointed surroundings and his genuinely lovely teammates. His enthusiasm was markedly more measured than the previous morning.

That day he learned that there was no way to update the devices in place. Software patches required patients to undergoing surgery.

He would need to be extra careful with his algorithm design.

Henrik hadn’t slept well. His neck was stiff. His shoulders tense. His lower jaw ached from grinding his teeth, and he could feel the beginnings of a migraine coming on

Around lunchtime on day three, Henrik realised that a bug in his code may kill the person wearing the device.

No good can come from an overeager insulin pump or a pacemaker with a poor sense of timing!

Not cause some minor inconvenience due to system downtime.

Not cost the company a little bit of money in forgone profits.

A bug in his code would actively end the lives of innocent customers.

After another sleepless night spent tossing and turning, Henrik couldn’t escape the idea that his algorithms could execute people. His stomach churned. His skin was clammy. He felt lightheaded.

The way he saw it, innocently introducing a software bug would be manslaughter.

Doing a half-assed job, like coding with a hangover, would be the equivalent of murder.

The stress was overwhelming.

He felt like he was being crushed by the weight of such vast responsibility. If his work was anything less than perfect it would kill people of killing.

Henrik returned to the lovely office. He marched up to his relaxed manager, returned his sign-on bonus, and quit on the spot.

The pay isn’t as good.

The code is little different.

Yet nobody will die as a result of a mistake, and Henrik sleeps well at night. 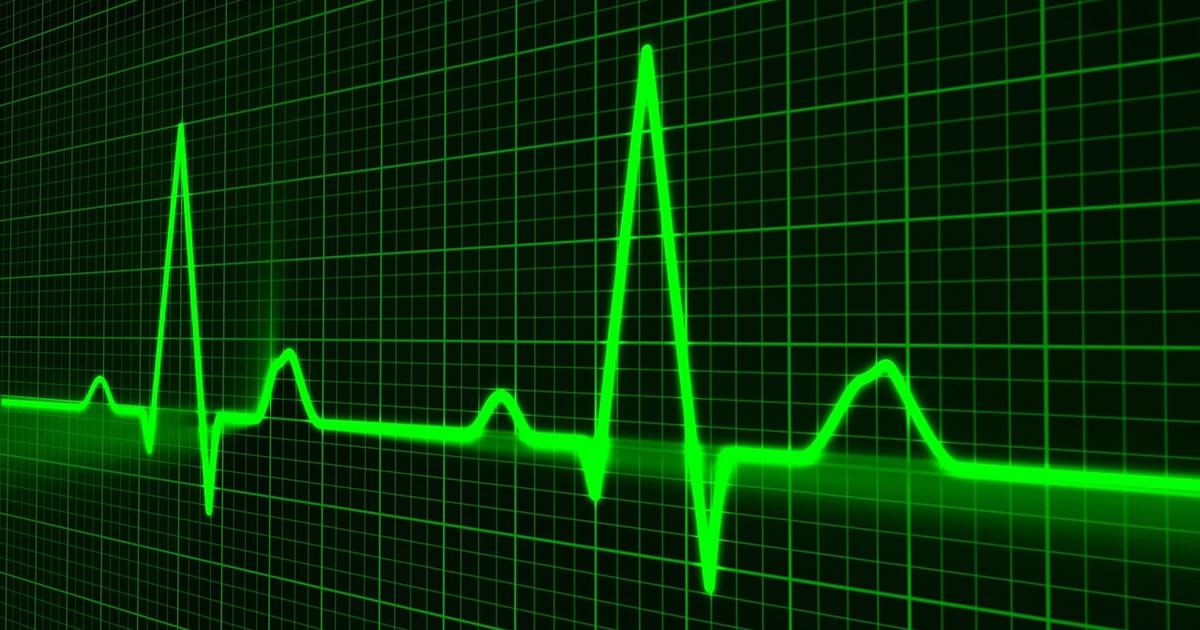 Nobody would die as a result of a mistake. Image credit: PublicDomainPictures.

But here is the thing: Henrik’s stress was entirely self-induced.

There was no evil pointy-headed boss micromanaging him.

Nobody held a stopwatch whenever he went on a bathroom break.

Flexible working hours meant he was free to come and go as he pleased.

His salary was more than sufficient to comfortably cover his lifestyle costs.

There was little chance he would be shot at, blown up, imprisoned or physically endangered.

Yet despite the complete absence of all these external stressors, Henrik had never felt so much pressure.

Though it existed only in Henrik’s head, the stress was real to him.

The physical manifestations of that stress were visible for all to see.

I have a theory that for the most part stress is born out of fear.

Yet the reason they get stressed is the fear of what might happen.

Nervous travellers are an interesting case. Getting wound up in anticipation of all the things that might go wrong on the trip, yet relaxing once they get underway.

They made it to the airport on time. Checked in their bags. Cleared security. From that point onwards everything is outside of their control, and all the traveller can do is surrender to the experience. Which is liberating in its own way.

Then there are the stressors of boredom and frustration, like being stuck in traffic or under-utilised in the workplace.

It was this last type of stress that reminded me of Henrik, during my recent winter working hibernation.

It was an undemanding engagement, working alongside a bunch of genuinely nice people, where I was left largely to my own devices while solving a fascinating tricky problem.

Unlike the vast majority of my previous clients, the project was tangibly helping people in need.

The client even paid my invoices on time, without any chasing.

And yet much of the time there I felt stressed.

When I analysed why that was, I realised I was bored and consequently I was also frustrated.

The disconnect between the organisation’s stated goals and behaviours.

A lengthy commute on unreliable London buses to bookend each day didn’t help the situation!

Achieving a successful outcome did not require my presence on site every day, the organisation just didn’t move that fast. Yet the terms of my engagement was “pay for play”.

I got paid based on whether I showed up, not what I achieved.

This was a textbook example of misaligned commercials.

A client who forks out for services they don’t fully utilise. Paying a service provider to be available in case they might be needed. Not an effective use of their money or my time.

Under such circumstances the service provider has two choices:

An unspoken truth in the consultancy game is that this dilemma is all too common. A consultant costs their employer the same regardless of whether they are fully utilised or idling on the bench.

When measured by the pages written or the hours worked they appear to be superhuman.

Change that measure to business outcomes achieved or quantifiable value delivered, and many consultants suddenly appear to be very expensive. Often through no fault of their own.

The problem is that I have a low boredom threshold, and hate having my time wasted.

Which makes me a good service provider who expediently solves the client’s problems, but a terrible consultant because I don’t seek to profit from prolonging the problem.

Avoiding boredom has been a strong motivator for my postgraduate studies. The majority of more than one tertiary qualification has been completed during those idle moments on client engagements.

As is often the case, my boredom was an entirely self-induced form of stress.

What was interesting about my boredom problem was that other people involved in the same project thrived in the environment.

Revelling in the endless circular discussions.

The absence of decisions.

The Accounts Payables clerk who had performed the exact same data entry tasks for 18 years.

The Solutions Architect who had just completed his 30th year on site, yet still believed he would one day get to implement the system he first designed during his second year on the job.

It made me appreciate that everyone is different.

One person may see something that cripples them with fear, liquifies their bowels, and renders them unable to function. The next person may walk past without even registering that exact same thing may pose some form of danger. Simple examples include being scared of dogs or a fear of heights.

Thinking back to Henrik’s job, he was stressed out of his mind by mere prospect of an issue he perceived may one day occur. Meanwhile, that issue had never occurred to Henrik’s relaxed boss, and even after hearing Henrik’s concerns he did not share them.

My aversion to boredom is a minor problem in the scheme of things.

Yet I wonder how those at the extreme end of the boredom spectrum are able to cope. People like Jean-Dominique Bauby who suffers from “locked-in syndrome” or Robert Maudsley who has spent more than 40 years in solitary confinement. The United Nations goes as far as describing the lack of stimulation associated with solitary confinement as being cruel and unusual, a form of torture.

The one thing I have learned is that whether actual or imagined, issues are real to those who perceive them.