Angus had always dreamed of becoming a professional rugby player. He trained hard. He learned what his coaches had to teach him. He persisted.

At the age of 17 he was playing in the national schoolboy’s rugby union team.

By 20 he had signed a contract to play rugby league professionally.

When aged 21 Angus had his middle finger amputated, to be fit for the start of the football season!

By all accounts that decision was Angus’ alone.

However the fact that there was a decision to be made at all raises some interesting questions around conflicts of interest and whether an employer owes a duty of care to their staff.

Athletes are in the entertainment business

Professional sporting contracts often give the team management a major say, if not outright control, over what training and medical treatment options a player on their payroll will receive.

Think about that for a second.

As a commercial entity, a sporting organisation exists first and foremost to make a profit.

That profit is generated by entertaining a paying customer base.

That attracts viewers, maximising the potential audience size for advertising.

Popularity becomes self-perpetuating… but only as long as the team continues to win!

Therefore team management wants to maximise their chances of winning, by fielding the best possible team in every game.

Try to imagine the commercial pressures brought to bear on an impressionable 21-year-old in the early days of their career.

He could let the injured finger heal naturally and be back playing in 6-8 weeks.

Having surgery to insert a pin or a plate might result in a return to the field in 4-6 weeks.

Amputate, stick a band-aid over the wound, and you’re good to go this weekend!

The club benefits immediately. The player lives the remaining ~60 years of their life compensating for the missing digit. A win/win outcome? Not so much.

Angus’ dilemma is hardly unique. Professional sportspeople have had everything from teeth to testicles removed so they can get back playing as quickly as possible.

What might the team captain, coach, club medical staff, or owner have counselled Angus to do?

What decision would you have made in Angus’ position?

In theory, the team medical staff owe the players a duty of care, the Hippocratic oath underpinning their profession states: “I will use treatment to help the sick according to my ability and judgment, but never with a view to injury and wrong-doing”.

However those medical personnel are hired and paid for by the team. Not by the player.

This creates a conflict of interest: what is good for the team may not be in the best interests of the player, and vice versa.

Pass the player, and they can immediately return to the field.

Fail the player, and they sit out the rest of the game. Potentially missing more than one match.

What if that player is the team’s goal kicker? Their brains trust? Their inspirational talisman?

Does it matter if the game is a grand final? A world cup decider? Or the local under 11s playing park football?

But for a profit-driven commercial enterprise it undoubtedly does.

Who is more likely to be rewarded and retained: the doctor who reliably patches players up so they can return to the fray, or the doctor who wraps them in cotton wool and regularly leaves the team short-handed? 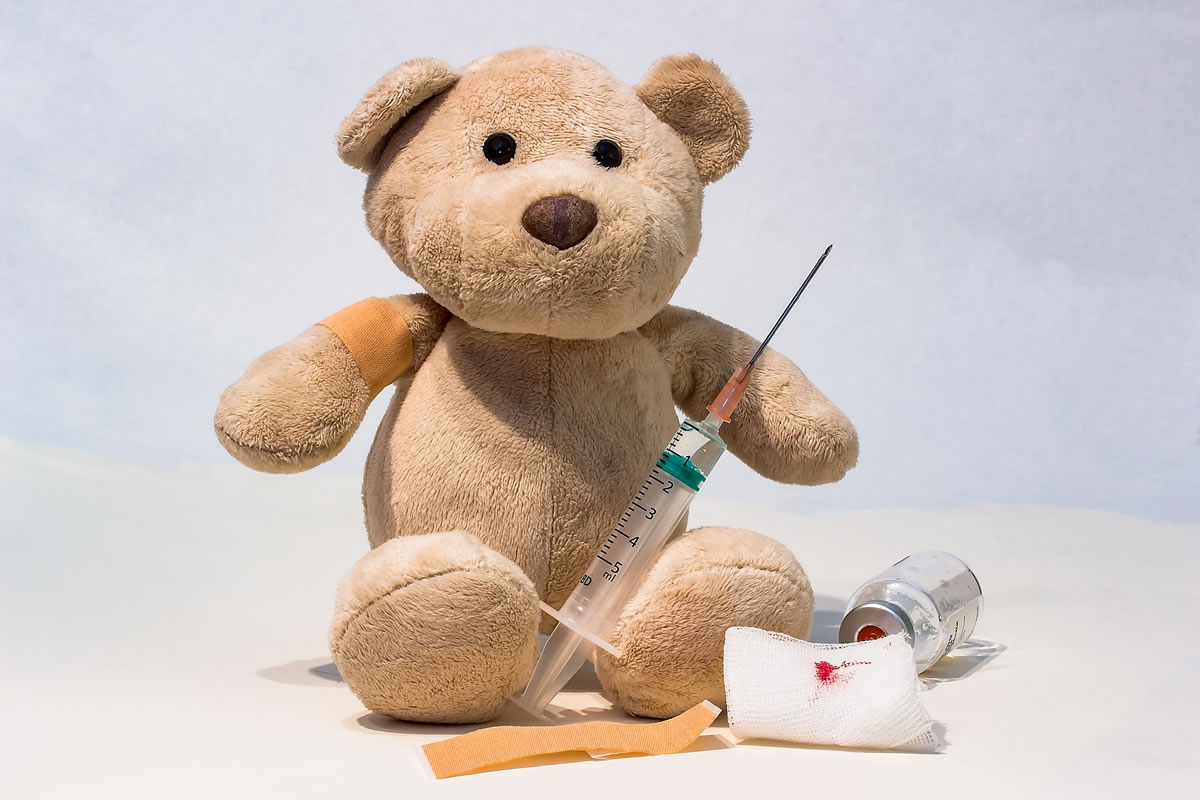 Despite what many of us may have dreamed as young children, few of us actually become professional sportspeople.

That conflict of interest between profitability and the employee’s best interests is experienced by all employers.

Recently the government wisely chose to make it mandatory for all employers to offer their staff the opportunity to participate in a workplace pension scheme.

The intent was noble: to get workers to save more of their incomes, and kick off the long transition towards employees self-funding their retirement pensions.

Inevitably there are some problems with the implementation of the arrangement.

The contribution rate is far too low, though I expect it will follow the Australian experience of starting small and gradually ramping up as people get used to the idea. Even a 15% contribution rate would be too low to fund a typical length retirement!

Making participation optional is silly. This provides the opportunity for unscrupulous employers to blackmail their employee’s to opt out.

Participation makes each worker more expensive for the employer to retain, due to mandatory employer pension contributions. This is financially advantageous for those workers who participate… providing they are retained.

“You could choose to participate in the workplace pension scheme, but…”.

It is the employer that decides which pension provider(s) will manage their employee’s pensions.

Yet It is the employee’s money that is being managed.

The selection of investment products varies considerably between pension providers.

Good providers offer a wide range of investment options. This allows employees to select those best suited to their individual risk appetites, timescales, and investment preferences.

The government selected a default pension provider for small businesses to use. This provider represented a cost-effective deal for employers, but the resulting high fee and limited fund selection produced a suboptimal outcome for their employees.

The only fund choices supported by an investment bank I once worked for were underperforming actively managed funds with extortionately high management fees… that the bank itself managed! They directly profited from shafting their employees on pension choice!

Sometimes it is tough being the boss!

The employer chooses the insurance provider, and the level of cover that is offered.

As an employer, do you choose the expensive policy that includes physiotherapy and dental care? Or do you save some money by choosing the coverage level that excludes those classes of treatment?

Do you spring for the gold standard hospitals and doctors? Or do you adopt a “good enough” approach to the treatments your employees are entitled to?

Whatever options the employer chooses, it is they who pay the health insurance premium.

In sickness and in health

Now let’s consider some of the conflicts an employer-funded medical professional is faced with every day.

A worker gets injured during the course of their duties. A medical examination will inevitably be conducted to determine the extent of the injuries. That examination may form the basis for a worker’s compensation claim against the employer.

Does the doctor diligently note down every potential impact and injury? Or do they give the patient a couple of panadol and tell them to come back in a couple of weeks if the problem persists?

How about if an employee is suffering from a mental health issue, perhaps depression or stress.

If one potential outcome is the employee being signed off on long-term sick leave, then is a doctor being paid for by the employer more or less likely to make a potentially expensive diagnosis?

Will they recommend taking a holiday and getting more rest? Or will they sign the patient off on paid sick leave, prescribe them a boatload of anti-depressants and sleeping pills, then refer them for ongoing counselling?

The employer provided medical insurance can result in other conflicts also. When advancement or retention discussions are being held, the employer’s prioritisation decisions would inevitably be influenced by any knowledge that a given employee may be suffering from a debilitating condition.

Are the likely to promote the employee receiving cancer treatment over the one who is healthy?

Would knowledge that an employee has recently been diagnosed with multiple sclerosis adversely impact what portion of the finite bonus pool they receive?

When making redundancy decisions would an employer be more likely to terminate the employee who is likely to be out of the office for an extended period of time, perhaps they are receiving an organ transplant or have become pregnant? Or will they terminate the able bodied colleague instead?

In an ideal world these decisions are made solely on the value of the employee’s contributions.

However once an employer possesses knowledge of health issues that may impact their future job performance, how can they not factor that information into their decision making.

The current trend towards being more aware of wellness and mental health is a positive one.

When taken at face value, the move towards large corporates appointing “Chief Wellness Officers” and encouraging staff to share concerns and issues with HR departments, line managers, or officially appointed mentors is a positive one.

I am all for people seeking help, guidance, or counselling if they feel it may benefit them.

However consider very carefully where they turn for that help.

If you are dependent upon someone for your remuneration or advancement ambitions, then it probably isn’t the most prudent career option to share your deepest darkest secrets with them.

Likewise, if the person you are thinking of talking to is paid for by your employer rather than  yourself, tread carefully.

They shouldn’t advise you to amputate a finger or play through a broken jaw… but they share that same conflict of interest.

When confronted with such a conflict, how many people will really choose to do the right thing when doing so potentially jeopardises their own livelihood?

If a consultant confesses to feeling burned out, or someone in pre-sales admits to fighting alcoholism, how many employers would realistically risk the project or sale by continuing to deploy that individual onto client sites?

Once that train of thought takes hold, inevitable questions will be asked about the profitability of paying that consultant or salesperson to sit on the bench rather than generating revenues.

Corporate procurement often faces a veritable smorgasbord of benefits and inducements laid out to tempt susceptible or unscrupulous decision makers.

The services being purchased may be “benefits” for employees, but there is always an element of seeking to benefit the organisation’s bottom line… and on occasion benefiting the decision-maker personally.

Large firms are lobbied hard to make lucrative sales in all facets of their business, including pension and health insurance providers. Bribery and kickbacks might be illegal, but “corporate hospitality” thrives.

Visible incentives like conference tickets or a private box at the football.

Hidden motivators such as the promise of a non-executive directorship in the future, or leasing office space owned by a company run by a party related to the decision maker.

It is important to critically evaluate and understand the perks and benefits offered by an employer.

The free fruit and tea/coffee service provided to employees in the office kitchen? They exist to remove reasons for employees to leave the office.

Your benefits package, including health insurance and pensions? Offered due to employment law or recruitment market competitive pressures.

Look beneath the surface of the benefits package an employer is offering you, so that you can properly compare competing offers.

The extra couple of thousand pounds in the largest headline salary offer may not actually be the most beneficial overall employment package. Validate the terms and conditions of benefits offered against your own circumstances.

The value of private health cover potentially increases with the size of your family. If you have a tribe of kids, and a family history of crooked teeth, then health insurance that includes orthodontic cover might be worth a great deal indeed.

Over the course of your career, a high-fee restricted-choice pension offering may cost you tens of thousands of pounds. If that isn’t the financial equivalent of an employer asking you to amputate a finger, I don’t know what would be!

If that isn’t the financial equivalent of an employer asking you to amputate a finger, I don’t know what would be!