“… little by little Hänsel dropped all the crumbs onto the path. The woman took them deeper into the woods than they had ever been in their whole lifetime.

… Hänsel comforted Gretel and said, ‘Wait, when the moon comes up I will be able to see the crumbs of bread that I scattered, and they will show us the way back home.’

When the moon appeared they got up, but they could not find any crumbs, for the many thousands of birds that fly about in the woods and in the fields had pecked them up.

Hänsel said to Gretel, ‘We will find our way,’ but they did not find it. …”

The Brothers Grimm published the fairy tale of Hänsel and Gretel over 200 years ago. This well known cautionary tale contains a number of worthwhile life lessons:

However Hänsel’s plan to chart his progress through the deep dark woods using a trail of breadcrumbs was as unrealistic and poorly thought through as a great many financial plans!

If it wasn’t for the implausible last-minute appearance of a benevolent giant talking duck, Hänsel’s piss poor planning and wishful thinking would have undoubtedly ruined them both.

Following the trail of breadcrumbs

Personal Finance aficionados drop their own trail of breadcrumbs by diligently tracking their spending and net worth.

Hearing the tale these numbers have to tell potentially leads towards knowledge and understanding.

Failing to listen to those numbers, and critically assessing the tale they tell, leads the breadcrumb follower astray.

They end up like Hänsel and Gretel wandering aimlessly through the woods, lost, and fervently hoping for a miraculous rescue.

So what are the common things I see Personal Finance bloggers doing, that are almost exactly wrong, when presenting their periodic progress reports?

Starting in the wrong place

Many blogger income statements start with their net salary. This is the amount that actually hits their bank accounts each pay day.

The problem with this approach is that it completely ignores taxation expenses and pension contributions.

Taxes are not something that should be blindly accepted, they can be effectively managed and minimised, just like any other expense.

Pensions are one of the few legal tax avoidance measures remaining.

Contributions to pensions are savings, and as such should be included in your savings rate calculations. Just because you can’t access them until you are old and grey doesn’t mean they should be ignored or forgotten about! 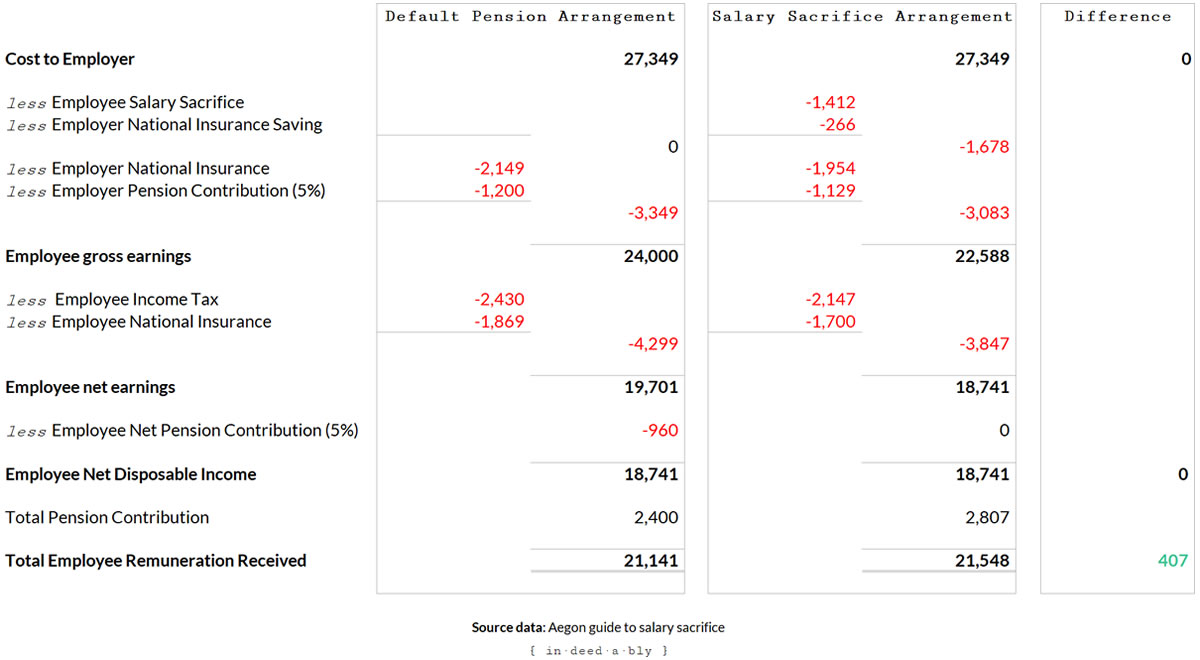 In this example the employee could receive exactly the same amount in their bank account on pay day.

Yet they retain an additional 1.5% of the employer’s budget by opting to salary sacrifice part of their salary into their pension.

Which option would you choose?

If you weren’t monitoring your before-tax income, you would probably have never have considered there may be a choice!

Another danger with starting your monitoring from the point where you pay hits your bank account is that you are unlikely to pay close attention to your pension.

It is easy to focus on the tangible, putting off worrying about an inaccessible tax-deferred pot of money that must remain locked away until some arbitrary age defined by government regulation.

Except here is the thing. The money locked away in that age restricted pension is yours.

You have already done the work to earn it, and someday you will (probably) be in a position to benefit from it.

It may prove to be the difference between your surviving on people food rather than cat food in your dotage!

Pensions often have multiple layers, with investors being stung with fees and charges at each and every one of them.

A real-life illustration of how expensive pension arrangements can be, consider the restrictive pension option that staff were forced to participate in at an investment bank I once worked for.

At the time of my escape, I had the princely sum of £312 invested.

Today that investment is worth just £250!

During that time period the markets (which the pension was invested in) enjoyed the two longest bull markets in history, while the S&P500 index has effectively doubled in value. 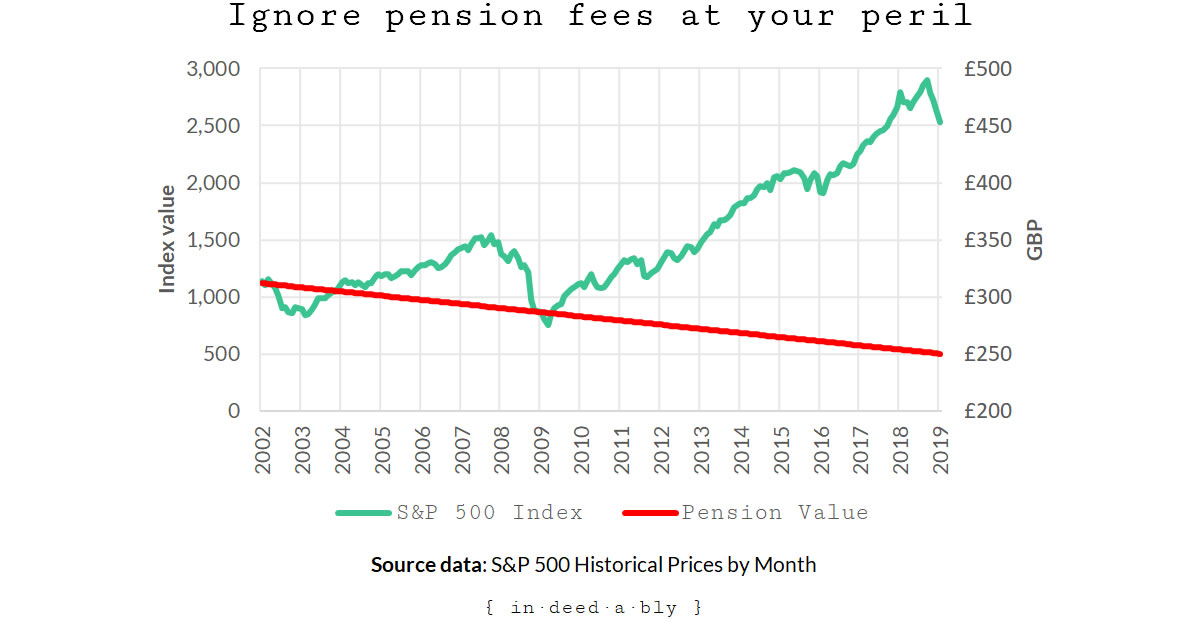 I keep the fund as a reminder to myself to always pay attention.

The rumours that the service charges and exit fees incurred by moving this money, would exhaust the remaining capital are (only slightly) exaggerated!

The less attention you pay, the more likely it is that your pension holdings are being steadily eroded by high fees and poor investment performance.

Take your blinkers off!

Include your pension holdings in your net worth calculations.

Factor the pension and investment fees you are being charged into your cash flow monitoring and savings rate calculations.

If you aren’t monitoring them there, where are they being monitored?

One of my favourite Financial Independence charts is maintained by RetirementInvestingToday. It does a masterful job at telling the story of RIT’s financial journey at a glance. The chart below shamelessly copies RIT’s concept using some made up data.

Imagine if I had arbitrarily copied RIT’s Financial Independence number of £1,000,000, but then failed to adjust it for inflation.

As prices rose over time, the purchasing power of that nominal million pounds would fall.

The quality of my post Financial Independence target lifestyle would be steadily declining as a result of my not adjusting my goal post to reflect this reality.

Now consider that same chart with the Financial Independence number being adjusted to maintain a constant purchasing power.

Today I would require more than £1,375,000 to match the purchasing power of £1,000,000 at the beginning of 2007. To simplify the illustration I have applied the inflation over that period linearly.

Previously I would have blissfully believed myself to be Financially Independent, with all the control of time freedom and victory dances that may entail.

Now suddenly I’m not financially independent, and my direction of travel is firmly heading the wrong way! Cue the five-alarm toddler tantrum.

How often do you see Personal Finance bloggers giving themselves a high five about the amount that their investment pot has grown? Hardly an exotic claim or rare occurrence!

Now ask yourself how often you see a breakdown of how much of that growth was due to investment performance, and how much was actually the result of additional capital being deployed?

Unitising your investment holdings is an effective way of separating investment capital contributions from investment performance.

Conceptually unitising is similar to the way people bet on a roulette wheel. The height of their stack of chips represents the amount of capital they have invested. The number they place those chips onto represents the price of the investment. 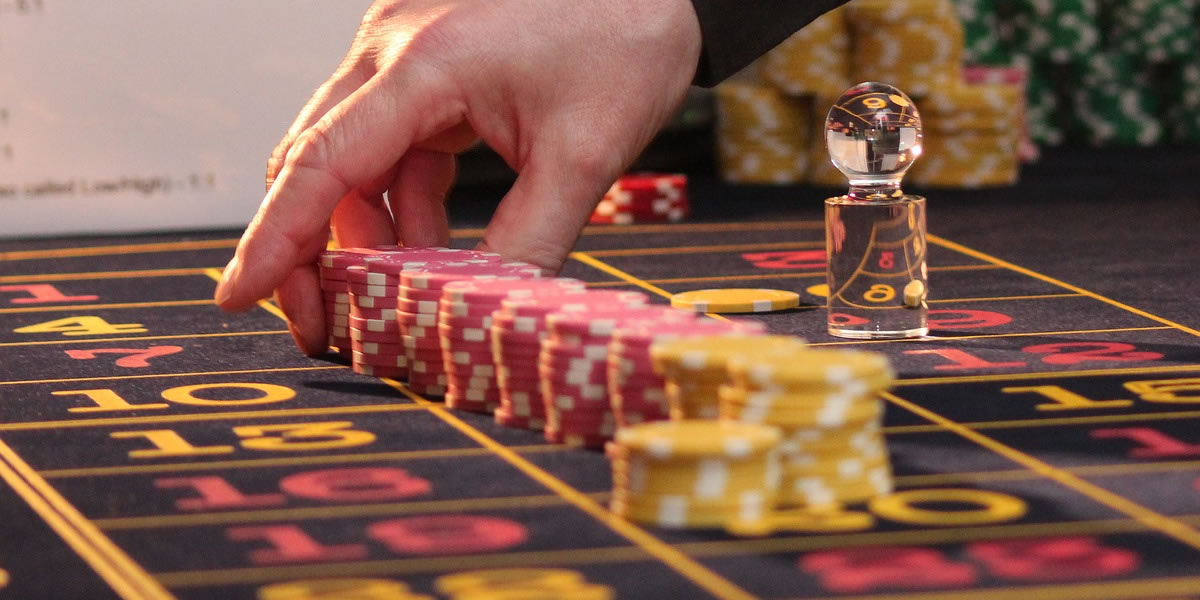 In this way the two aspects of your investment are tracked independently of one another.

As an added bonus, unitising makes it relatively straightforward to compare investment performance across holdings, or even between asset classes!

Monevator has a great post detailing the mechanics of unitisation. It does so without making any allusions about the stock market resembling a game of chance!

Unfortunately much of this outcome is the result of the Pound falling in value against other currencies, rather than any particular investing genius on behalf of the individual investor.

The chart below demonstrates the amount of foreign currency an identical holiday would have cost in each of 2016 and 2018. You need a lot more Pounds to pay for things than a couple of years ago! 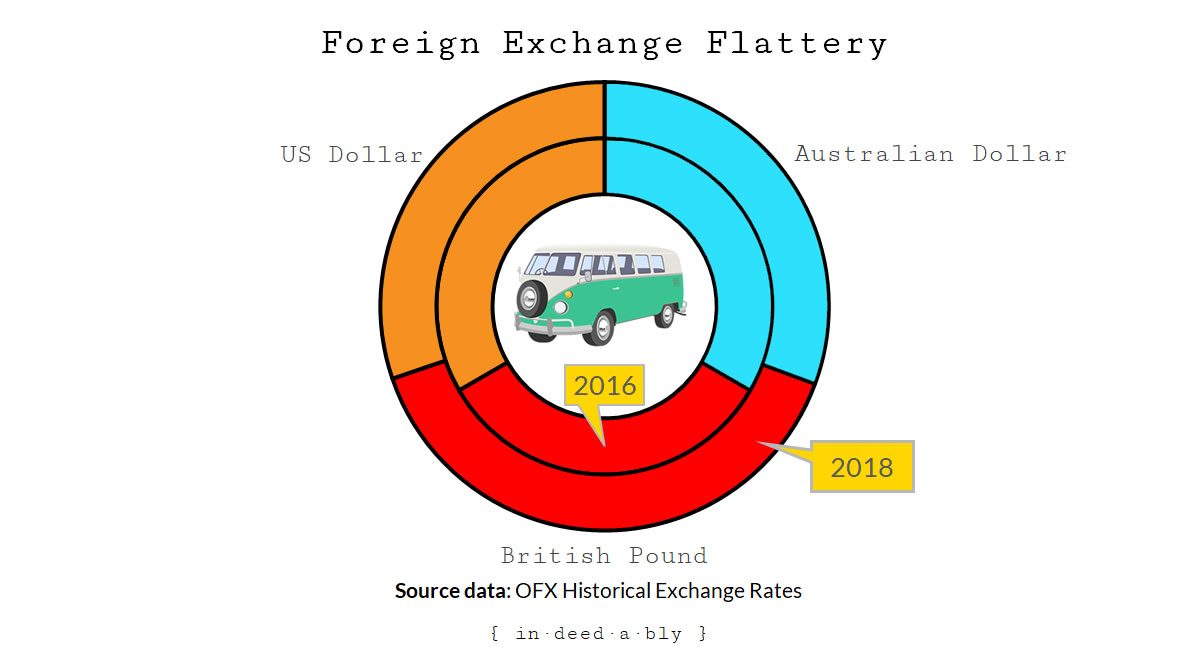 Therefore to determine whether the investment returns you are experiencing are in spite of your best efforts, or because of them, it is important to understand the impact of foreign exchange movements.

FIRE v London’s monthly scorekeeping does a good job accounting for foreign exchange movements between the currencies he invests in.

This provides a degree of investing self-awareness that many lack, which in turn helps make him a better investor.

The chances are pretty good that you have investment holdings scattered across a multitude of accounts. Pensions, ISAs, taxable brokerage accounts, peer-to-peer lending, property, banks, and so on.

Yet many bloggers examine their risk exposure, target weightings, and asset allocations within a silo.

They should be evaluating them across their whole investment portfolio. 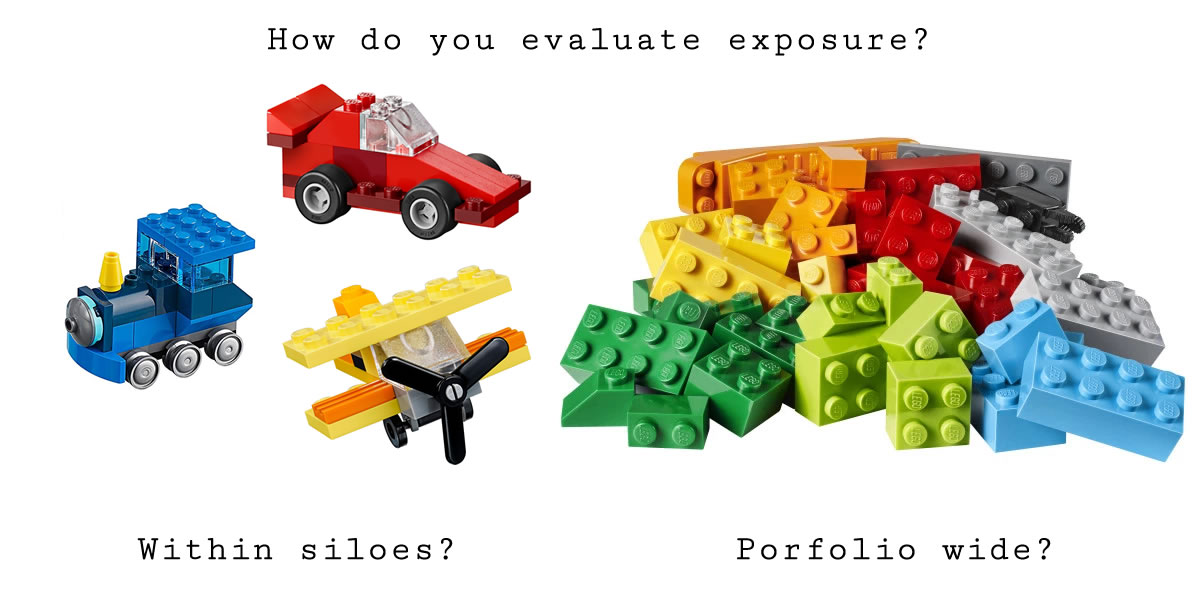 How do you evaluate exposure? Within silos or portfolio wide? Image credit: Lego.

Your pension account and your taxable account may operate over different time horizons, but collectively they are both exposed to risks including regulatory, legislative, political, currency, market, sector, and individual firm.

The exposure to your home market and currency is almost certainly greater than you realise.

Exposure to an asset class like property is also likely to be higher than you expect:

Does your target weighting reflect your existing exposure reality?

Applying these approaches to the periodic assessment of your net worth and savings rate won’t guarantee success.

However they will remove a large degree of wishful thinking, self-delusion, and misguided ostrich impersonations that result in many Personal Finance enthusiasts tracking their finances almost exactly wrong.

Adopting these suggestions is akin to replacing your fragile trail of breadcrumbs with a more reliable trail of shiny stones.

If you are going to go to the effort of laying the trail, then you owe it to yourself to ensure that it provides a reliable path to follow.

Following the breadcrumbs relied upon the miraculous last-minute appearance of a giant talking duck.

You don’t see those every day! 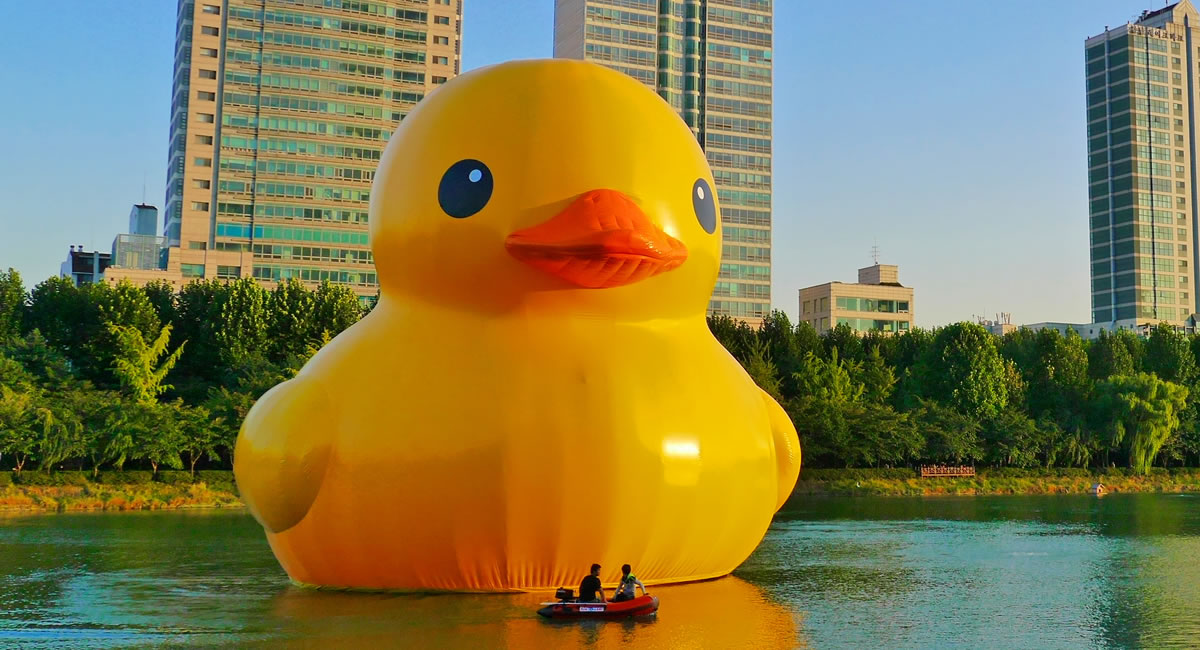 You don’t see this every day. Image credit: travel oriented.