With an almighty shove, “Enormous” Price propelled the terrified 10-year-old onto the stage.

Outweighing the boy by at least a factor of 5, the sudden acceleration experienced from a standing start was similar to that used to launch a fighter plane off an aircraft carrier.

A blinding light swung around to illuminate the mark on the otherwise dark stage. The light operator was just in time to spotlight the boy staggering across the stage, arms windmilling, frantically trying to regain his balance.

Peals of laughter could be heard amongst the audience.

Which would be fine had the play had been a comedy.

The boy blinked back tears as he stepped back into the spotlight.

He wasn’t supposed to be here. His role in the performance was firmly behind the scenes, the guy responsible for ensuring the stereo played the correct music at the right moment. He was reliable. He was attentive. He was good at it.

Then just 20 minutes before show time, the showboating lead actor had seen the size of the crowd. They got the yips, and puked all of the dressing room floor.

“Enormous” Price erupted with such jowl shaking fiery anger that Vesuvius could take lessons. The windows shook, hearing was irrecoverably damaged, and at least one child wet themselves.

There had been chaos and mayhem backstage as costumes and props rapidly changed hands; scissors, staplers, and duct tape making short work of any emergency alterations required.

Inevitably one of the kids hadn’t turned up on the night of the big performance. Their part was small, but important. Their one job was to open the show with an acapella solo.

“Enormous” Price cast her beady eyes around the assembled class of scrambling, terrified children. She sought a volunteer. Somebody who didn’t already have a speaking part. Somebody who knew all the words. Somebody reliable.

She rumbled over to grab him by the shoulder. Shaking him like a bobblehead doll,  “Enormous” Price promising unspeakable retribution should he f*ck it up.

The obviously drunk school headmaster lurched into the dressing room and bellowed the 5 minute curtain call.

“Enormous” Price sprang into action. Nobody had ever seen the morbidly obese drama teacher move so quickly.

Before the boy could object, one huge flabby hand stripped him out of his clothes, while with the other poured a bottle of evil-smelling brown body paint over his head. With the tenderness of sparring heavyweight boxer, she smeared paint over every inch of his body, ensuring it liberally covered every crack and crevice.

Finally she quickly knotted a lap-lap around his waist, before launching him onto the stage.

Which is where he now found himself.

Wearing nothing but a loosely tied loincloth and a fake smile.

In front of 400 parents, teachers, and other kids from school.

Who were all laughing. At him.

He glanced out into the audience, seeking some encouragement. A sympathetic nod. Something.

Instead he spotted the seats reserved for his parents.

His mother’s seat was empty, she must have been held up at work. Again.

Worse still, his father’s seat was occupied. The look of thunder he wore told the boy that his evening ahead was unlikely to improve.

He took a deep breath to steady himself.

Then tentatively launched into the opening number. A song he had heard hundreds of times throughout rehearsals, but never actually sung before.

I came from the dream-time

From the dusty red-soil plains

The laughter momentarily lessened. Had this been a reality television show or a Hollywood movie, the audience would now be witnessing the discovery of a future star.

Instead, the inebriated headmaster shouted “Look at the brown puddle, the kid’s shat himself!”

I am the ancient heart

The keeper of the flame

The boy glanced at his feet, where much of the excess body paint had run down his legs and pooled on the stage.

I stood upon the rocky shores

I watched the tall ships come

The audience pointed fingers and howled with laughter, drowning out the remainder of his solo.

For forty thousand years I’ve been

And then it was over. The boy escaped to the relative safety of backstage.

He would be lying if he said it was the worst thing he had ever experienced but, to that point in his life, it ranked in the top 5.

The rest of the performance passed in a blur.

“Enormous” Price held him back in the wings when the rest of the cast took their bows, concluding his appearance would result in further laughter.

Peeking around the curtain, the boy spied his harried looking mother now occupying her seat. Next to her, his father looked humiliated and ready to explode.

There was a menacing silence in the car on the journey home.

No sooner had they pulled up, the boy’s father grabbed him by the arm and dragged him across the front yard. For the second time in as many hours, the boy was stripped bare ass naked in public by an angry adult.

The garden hose blasted an icy stream of cold water over the already shivering boy. The body paint was impervious.

After a couple of minutes the garden hose was thrown down in disgust, and the sodden boy frogmarched to the laundry sink.

For the next 40 minutes his father attacked him with a scouring pad and cold water, determined to erase any trace of the body paint. The whole time his father muttered under his breath about having never been so embarrassed in all his life.

Eventually his father gave up. In exchange for removing some of the body paint, the boy had been rubbed raw to bleeding in several places. The only time he objected, he lost a tooth.

The clothes the boy had worn home were ruined, coated as he was in immovable odious brown paint. When his father wasn’t looking, the boy snuck out to the front lawn, and stashed them out of sight in the garbage bin.

It would take a couple of weeks for the body paint to fully wear off. It turned out “Enormous” Price had purchased henna dye rather than body paint!

The school of life

The boy learned several lessons from his character building experience on stage:

This last lesson was strangely liberating. It set a very high bar for the “what’s the worst that could happen?” question when evaluating risk versus reward. This served to eliminate many of the “fear of the unknown” excuses for not pursuing opportunities when they arise.

The joy of writing

As a kid, the boy had enjoyed creative writing.

Real life conspired to kill off the joy he had experienced by pursuing this endeavour.

The grading and judging in high school.

The insistence on dry turgid academic prose in university.

The financial imperative to write in a “business professional” voice in the workplace.

Semi-retirement for the win

Then something miraculous happened: semi-retirement!

Enjoying the luxury of time!

The opportunity to write for no other reason than because he has something to say.

Three months ago that boy decided to start a blog. This blog! 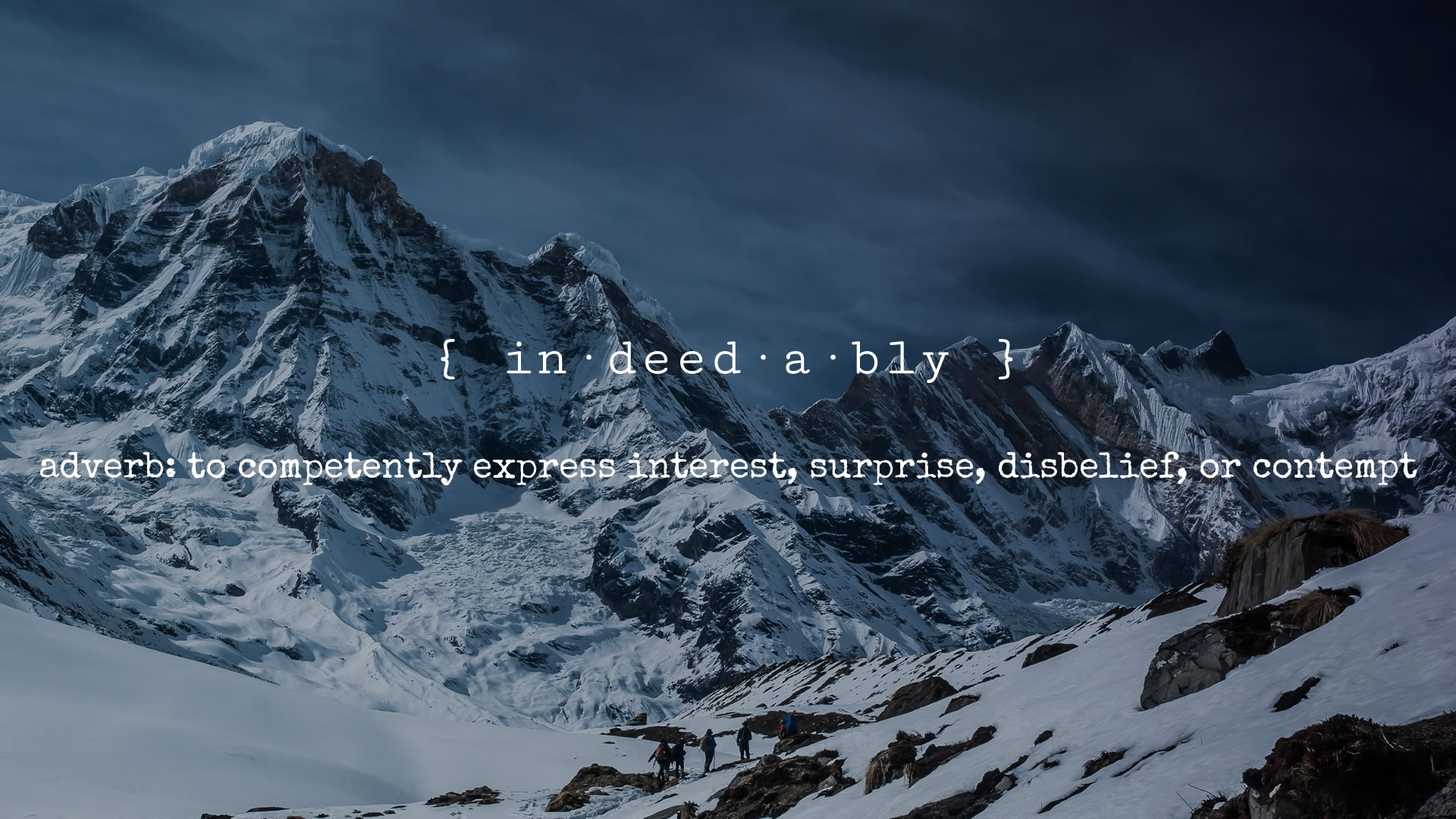 This is a blog post about blogging; which is ironic, or recursive, or quite possibly redundant!

Writing a blog has been a fascinating, eye-opening, and (for the most part) surprisingly rewarding experience so far.

I was stunned to observe more than 1,400 distinct individuals, located across 58 countries, generously invest their precious time reading my rambling thoughts.

To each and every one of you: I say thank you!

During those three months I have written a total of 17 posts.

To the generous folks behind each of those sites: I also say thank you!

Apparently “good bloggers” are supposed to invest time and energy worrying about arcane measurements such as SEO, page ranks, and monetisation conversion rates.

To which my considered response is “meh”.

For mine, the measure of success is whether or not I am enjoying the process of writing. So far I am.

An unexpected secondary measure, which has gone some way towards restoring my long lost faith in humanity, has been the incredibly generous unsolicited feedback those readers have selflessly provided:

To those who have provided feedback, via comments or email or direct messages, I say a heartfelt thank you.

That someone is listening is nice.

That someone actually hears what is being said is rewarding.

That someone is sufficiently moved to bother responding is a precious gift indeed.