I’m having breakfast alongside my kids.

The younger boy is the picture of contentment. Shovelling in cereal on autopilot, while watching the Transformers on TV. Optimus Prime is still saving the world, just as he did back when I was my son’s age. The ageless robot must be in his seventies by now!

He dejectedly watches an annoying YouTuber breathlessly tout the latest Fortnite in-game purchases, while shamelessly dropping affiliate commission codes. The YouTuber publishes a new video every single day, perhaps there is money in it?

Today the YouTuber is encouraging his viewers to spend real money dressing up their virtual avatars to look like the Bananas in Pyjamas. I must be old, I don’t get the attraction.

Not long ago, he would have been playing Fortnite himself. His last school report put paid to that.

At just twelve years of age, he is already trapped in the daily grind.

A day full of lessons, regularly skipping lunch because there isn’t time to eat.

Two hours of homework just to keep up. Projects on top of that.

At the end of the day, there is maybe an hour left for fun. Any extra is borrowed from sleep, an opportunity cost decision. Live for the moment, regret it in the morning.

By the time the weekend rolls around he dreams of nothing more than sleeping in. His rapidly growing body demanding repayment for the accrued sleep deficit.

Weekends used to be for riding bikes, birthday parties, and playing. These days his harsh reality is they are mostly spent catching up on all the things not completed during the week.

It sounds all too familiar, and I genuinely feel bad for him.

But here is the thing: he has largely chosen this path for himself!

Choose your own adventure

We’ve talked about the importance of balance and prioritisation. Of pacing himself or burning out. The difference between good and good enough, and how to determine which option to choose.

He humours me and politely listens, but he doesn’t hear what I’m saying.

None of his classmates’ parents run their own businesses, they mostly work in important jobs in respectable professions.

None of them is semi-retired either, though it’s not what you see but what you believe!

They drive nice cars, live in nice houses, and have nice things.

We don’t have a car. We rent a tired house located a bus ride, rather than a walk, from his school.

The state primary school he previously attended was very diverse. It spanned the majority of the socio-economic spectrum from incarcerated parents and kids who were frequent flyers in the foster care system; through to the comfortably middle-class, snobs and social climbers.

My son had studied the outward prosperity, happiness, and respect each was accorded. He was yet to learn there is a difference between style and substance, that appearances are often deceiving.

He admired the sharply dressed city workers wearing suits and driving expensive cars. Failing to notice that these parents rarely made it to the school play, sports day, or parent-teacher meetings.

When viewed through his eyes, this group could be described as being cash rich but time poor. 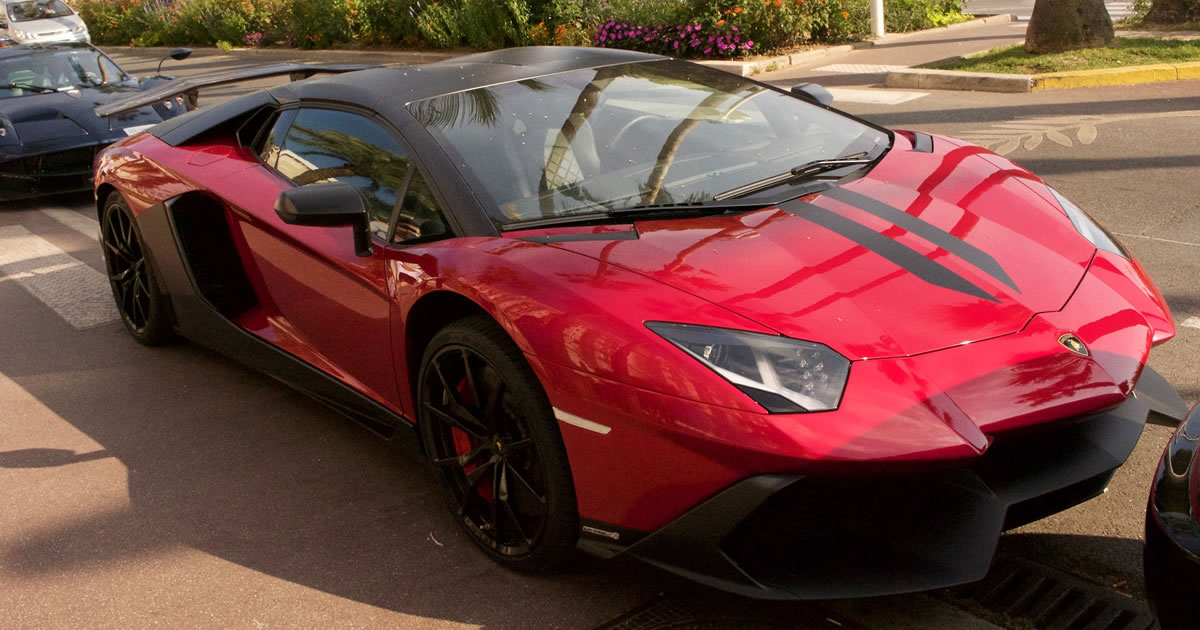 The trappings or illusion of success. Image credit: Wirden.

He despaired for the children who didn’t choose their parents very well. Wearing pyjamas while dropping their kids to school in the mornings. Loitering around the neighbourhood smoking drugs and killing time. Unwilling or unable to help their kids get their homework done.

This group seldom made it to the parent’s events either.

Again when viewed through his eyes, this group might be described as cash poor but time rich.

Blending in rather than standing out.

Uninspiring to a child contemplating how to best chart the course for their own future.

The price of admission

He had learned that the price of admission to the professions performed by those outwardly successful parents was a university degree. This was often, but not always, true. Real estate agents?

Another thing he had learned was university graduates earn more than non-graduates, on average. Again this was often, but not always, true. Performing arts graduates?

My son may have only the vaguest of notions about the kind of work he would one day like to do. However, he has a very well defined idea of the lifestyle that job will need to sustain!

When the time came for us to choose the high school he would attend, his top priority was a school that would offer students a realistic option of gaining admission to a top university.

That surprised me. When faced with the same decision, I had just wanted to attend the same school as my friends.

He selected an outstanding school with long odds of admission, but which achieved top university acceptance rates that ranked amongst the best in the country. Operation: Gordon was launched to make his dream a reality.

Careful what you wish for

One year into his journey, I suspect my son is questioning the wisdom of his choice.

The relentless pressure of being continuously graded against anticipated performance in GCSEs… in several years time.

Which only matter until he completes his A levels.

Which only matter until he is admitted into a university.

Which only matters until he is awarded a degree.

Which only matters until he lands his first job.

At that point he may start to see through the myth that status equates to success.

That money equates to happiness… though a shortage of the former certainly makes finding the latter more difficult.

While attempting to raise his spirits over breakfast, I reflected on my own journey from a similar circumstance to where I find myself today.

Half an hour earlier, the whistle of a suspiciously chirpy canary extracted me from an intriguingly bizarre dream.

In days gone by my restless slumber would have been shattered by blaring klaxons. A noise designed to instil a sense of urgency and controlled panic into submariners, when they learn their boat is leaking far beneath the waves.

Too insistent to ignore.

The alarm would have been strategically placed far enough away that I couldn’t reach it without getting up or falling out of bed. A sadistic trick that night owl me played upon morning me. Bastard!

The products of giving the coping juice a nudge the night before.

Alarm silenced, I would greet each new day with a resigned mixture of trepidation and dread.

The forlorn hope that it might be a big mistake or a cruel joke. Was today actually a bank holiday?

Or perhaps I was still asleep, and this was all just a vivid dream?

Focusing on surviving, rather than living.

Hopes tempered, dangerous beasts in the wild, that are best viewed from a safe distance.

Dreams locked away in a dusty mental corner. Safely hidden from manipulation, ridicule, or scorn. 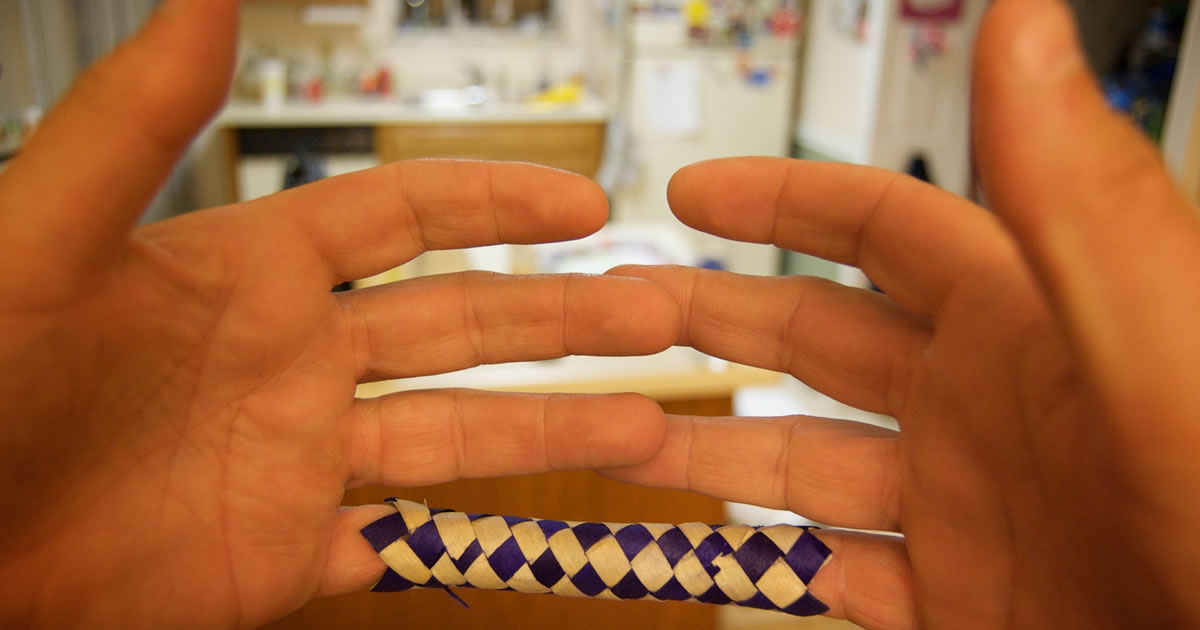 Eventually, I saw through the puzzle. The “game of life” was a ruse, impossible to win.

Like a Chinese finger trap, the trick was simply to not resist. Don’t play the game.

The problem wasn’t the big bad world in which we live. It was the choices I made, and those I had been avoiding.

Waiting for permission, for someone to fire the starter’s pistol.

When had I empowered those others to make decisions for me? What qualifications did they possess, that could possibly allow them to know better than myself what is in my best interests?

Realising this was confronting. An inconvenient truth.

I had spent decades on that treadmill. The “best years” of my life.

Owning that fact was humbling and liberating in equal measure. The safety net of excuses removed.

Once, not so long ago, I would have dreaded that moment the alarm went off.

Today, not so much.

The alarm still goes off at the same time each morning.

Gone is the klaxon, replaced by an exultant bird song.

The same outcome, yet infinitely more pleasing to experience.

The kids still need to be fed, dressed, and propelled towards another day of learning.

For me, this is now a relaxed and enjoyable part of the day rather than a chore. Free of hangovers and existentialist dread.

Simple choices, but not an easy ones. Similar to deciding to stop biting my fingernails, another habit of a lifetime, but accompanied by unexpected social consequences.

It wasn’t the alcohol that was the problem, it was my hiding in the bottle.

Removing that crutch left nowhere to hide from my dissatisfaction. That too was confronting.

I made some changes.

Semi-retirement, via the adoption of a seasonal working pattern.

Recognising that I had “enough”, and that the pursuit of more was optional.

I made my peace with some things. Arguing with ghosts is a fool’s game, you can’t change the past.

I embraced selfishness, choosing to do more of what I enjoy, and saying no to things I did not.

Which created a whole new world of problems.

I don’t pretend to have all the answers, and I recognise there are some things that must be learned the hard way. Hopefully, my son will figure it out for himself at a younger age than I did.

My choices aren’t for everyone, but they seem to be working for me.

Giving up the coping juice didn’t make me happy, but I feel depressed much less often. These emotions aren’t two ends of the same spectrum, but I suspect they are related.

Scaling back my business activities didn’t make me happy either. However, doing so freed up the time required for me to enjoy more of the things that do. My kids seem to enjoy seeing more of me.

Consciously reducing my income certainly didn’t make my lady wife happy. It hasn’t impacted our lifestyle costs at all, but has closed the door to some “what might have been” dreams.

What I do know is that I no longer dread Sunday nights or waking up in the morning.

Not so long ago, I approached the start of each day like a condemned man approaches the gallows.

Lately, my elder son does.

Is that something else he has figured out for himself?

Or did he learn it from me?

Now that is a troubling thought.