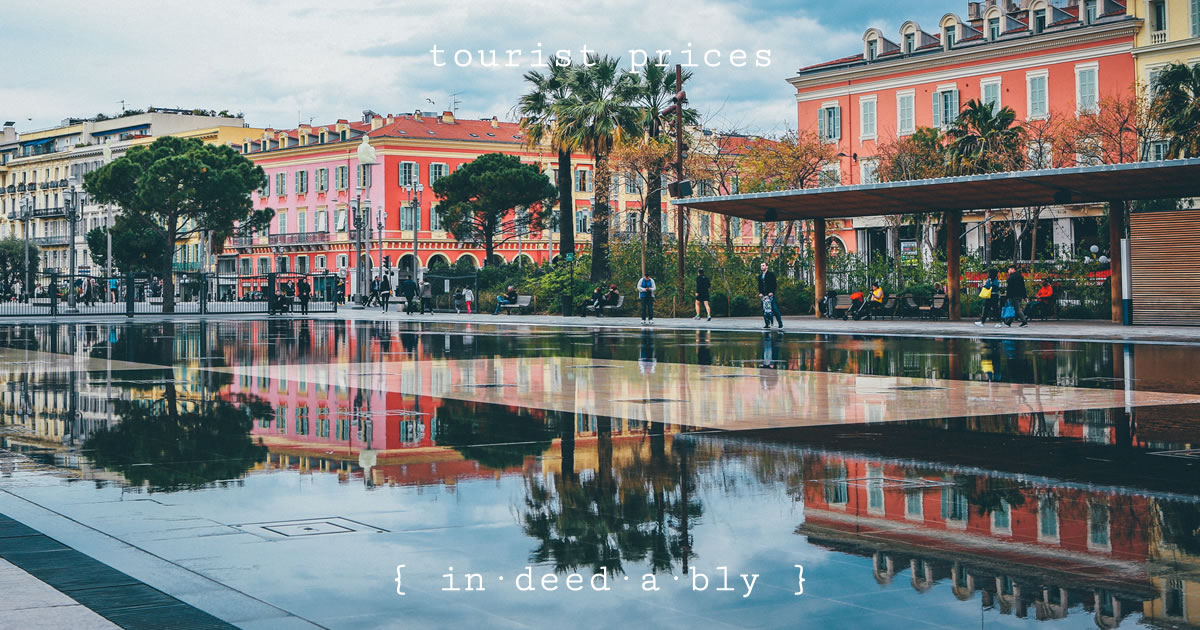 There is a popular myth that Boxing Day is the busiest time of year for online property searches.

The narrative goes that after spending a day or two being invaded by in-laws or visiting with family, people crave escape. Extra space. To put as much distance between themselves and their relatives as humanly possible.

Like many such urban legends, this one turns out to be false.

According to the data, a Monday in late February was the peak property searching day. Randy birds and the appearance of the season’s first daffodils herald the approach of Spring.

The promise of new beginnings.

Soon to be freed of golden handcuffs, as last year’s performance bonus gets paid out

Only half a year left to move inside catchment areas before the new school year commences.

The properties displayed on my screen weren’t the usual assortment of “bait and switch” listings for properties that aren’t really for sale. Nor were they for the seemingly endless array of overpriced new-build shoeboxes backing onto noisy train lines or polluted motorways.

These properties were on the French Riviera.

Advertised by estate agents local to the area.

However, these weren’t beachfront penthouses nor secluded luxury villas with infinity pools. The sort of trophy homes used for photo shoots in lifestyle magazines or as locations for monied dramas like Billions or Succession.

Instead, they were listings for the same type of crappy apartments that the locals live in. Small. Poorly located. Miles from the beach. A train ride away from the shopping precincts and tourist centres.

Which made me wonder why they were being marketed to overseas buyers residing in Britain?

Several years ago, I lived near a rundown government office building.

The grim institutional façade dominated the neighbourhood skyline. The sort of place that conjured up images of mental asylums or cold war spy thrillers. It was easy to imagine the building housed vampires sleeping away the daylight hours inside coffins, before flying out in the dead of night to drain the lifeblood of their unwitting victims.

Then one day the vampires moved on. Relocating somewhere their behaviour would draw less attention. Where their victims were less likely to be missed. Croydon.

Their former lair was demolished.

In its place, a collection of upmarket “luxury” apartment buildings were constructed. A famous high-end department store was appointed to provide concierge services to the residents.

But here is the thing. The properties weren’t marketed in the local neighbourhood. There were no posters in nearby estate agent windows. No advertising in the local press. No open houses hoping to entice passers-by with a lifestyle dream.

Instead, there was a vacuum of information about development. It was almost as though the builders didn’t want to sell the apartments.

My curiosity piqued, I invested some time attempting to unravel the mystery.

A bit of internet detective work revealed that my initial impression had been mistaken. The developers were aggressively marketing the properties. To overseas buyers. In China, India, and the Middle East.

A brochure displayed pictures of smiling older parents helping their photogenic university-aged offspring move into spacious apartments, all decked out in the latest oligarch designer chic fixtures and fittings. Planting the idea that cash-rich parents should purchase their child a central London apartment to live in while they studied at a nearby university.

An intergenerational transfer of wealth.

On the back of the brochure was a stylised hand-drawn map that had taken more than a little creative license with London’s geography. The development appeared to be located across the road from Harrods, and a mere stone’s throw away from the City and the West End. It wasn’t at all accurate but served to create a favourable impression for folks who didn’t know any different.

The marketing pitch narrative espoused the London property market as representing a safe store of value. Backed by a strong currency. Contract certainty. Political stability. The strong rule of law.

All of which may have once been true, back in those innocent days before the Brexit referendum and the clown car shit show that followed. Hopefully, they will one day be true again.

For a brief moment, I wondered why the developers would go to so much trouble marketing their properties to overseas buyers when the local property market was relatively buoyant?

Then I studied the asking prices. Depending on the advertising channels I discovered, these were specified in rupees, dirham, and yuan. A little bit of financial acrobatics later, I had converted the figures into a more comparable pounds per square foot basis.

The asking prices were nearly double the going rate for comparable properties in my neighbourhood that were being advertised locally!

Digging into the small print, the service charges too were approximately double what the management company of a similar building typically charged in my neighbourhood.

Then it hit me: I wasn’t the target market.

Despite my owning a broadly comparable apartment nearby, the builder hadn’t constructed this development for buyers like me.

My perception of value was linked to domestic property prices.

My sense of affordability was tethered to local wages.

To achieve the profit margins they sought, the developer needed to sell to people divorced from both those factors.

Briefly awestruck at the audacity of it.

A brazen feat of what could only be described as blatant price gouging.

The marketers had cast their net wide in search of a greater fool. They found them amongst the ranks of Abu Dhabian dentists, Hong Kongese retirees, and successful Mumbaikar business owners.

The sort of people who might read real estate investment magazines. Attended property expos. Watch television shows like “A Place in the Sun” and “House Hunters International”. Willing to purchase a property off the plan. Located half a world away. Sight unseen.

People who would buy into a dream, because the property being purchased did not yet exist. At the time the deal was done, the investment was merely a vague promise. A figment of the buyer’s imagination, conjured by glossy marketing and wishful thinking.

Those apartments that failed to find buyers amongst the impressionable and easily led were flogged off at a discount in bulk. Buyers with ready access to vast sums of cash, who sought legitimate assets with few questions asked. Owners who cared little about décor and wouldn’t be troubled by tenants.

Neither class of buyer lived in the local neighbourhood. Neither had any aspirations to do so.

We’ve all experienced that feeling of being overcharged for something while on holiday.

Being taken advantage of.

Sometimes this is obvious. Own goals of our own making.

Buying food or drink from a concession at a theme park or sporting arena. Dining in an upmarket Michelin star restaurant, with huge plates and tiny portions. Drinking in a nightclub or fancy hotel bar.

All times when we recognise the rip-off for what it is, shrug it off, and pay what it costs regardless.

Other times the fact we are being taken advantage of is more subtle.

These represent a different type of swindle. Not a simple “one and done” picking of the pocket, but a slow and steady milking of the victim. Bleeding them dry over a period of months. Or years.

Those new-build luxury apartments also represented a racket, though not one that was targeted at me. I had only discovered it after consciously seeking it out, then reconciling my local knowledge against the prices being charged to uncover the disconnect between price and value.

Once I had learned to identify these types of pricing arbitrage, I began to notice them all around me.

Overpriced cosmetics and ubiquitous designer goods are sold airside at virtually every international airport I have ever travelled through. A captive audience purchases things they don’t particularly want, as they shop to amuse themselves and kill time. The airport retailers have no need to advertise or discount their wares, or even to target individual shoppers.

Factory outlet and disposal stores like TK Maxx regularly sell brand new products at a fraction of their original price. The difference between price and value is visible to all, simply by comparing the recommended retail prices to those charged by the disposal store. A steep discount may not make the product good value, but it can certainly highlight the extent of the profit margin built into the original price!

Which brings me back to my RightMove browsing.

I had been researching real estate deals in Northern Ireland. Evaluating different approaches to capitalise on the potential opportunity presented by its unique status within the Brexit negotiations.

It would appear that my heart wasn’t in the exercise, as I was easily diverted by the unexpected presence of similarly priced properties in the South of France. Scenic though the Rivers Foyle and Lagan may be, I must confess a preference for the beaches and climate of the Mediterranean.

A quick bit of detective work revealed an arbitrage play similar to what had occurred with those luxury apartments in my old neighbourhood. The magnitude of the price differential wasn’t as marked, but the tourist pricing game was very much in evidence.

As the old saying goes, always do your own research and “buyer beware”!