“The year is 2030, you’ve just spent your life savings on purchasing a ticket to ‘reset’ your life. You’ve gone back in time to your first day of school. You have a chance to live your life again. You have all of your current memories. What would you do differently?”

It was lunchtime on a hot sweltering Sunday, and I was beyond excited.

I would be starting “big school” tomorrow, and I couldn’t wait!

My father banished me to my bedroom for being annoying.

Seeking to avoid a panic in the morning (and an aneurysm that afternoon), he instructed me to pack my school bag and get my uniform organised.

There was just one minor technical problem. No matter how high I jumped, I couldn’t reach the hanging rail in my wardrobe.

So I climbed up on my bed, and launched myself across the room. My (somewhat ill-conceived) plan was to grab the lemon yellow short-sleeved shirt, before gravity saw me safely descend to the floor.

I missed… and brained myself on the open cupboard door.

Never having been easily deterred (or quite possibly just a slow learner), I regrouped and tried again. And again. And…

Sometime later, I victoriously hung the shirt from the door handle!

Using some clothes pegs I had liberated from the laundry for just this occasion, I attached the grey school shorts to the bottom of the shirt.

Finally I connected the long grey knee socks to the bottom of the shorts.

I stood back, idly rubbing the newly assembled collection of bumps and bruises on my forehead, and proudly imagined myself wearing such a fine looking uniform tomorrow.

That night I couldn’t sleep. I was too excited!

I snuck out of bed and quickly got dressed in the school uniform I had proudly hung on the back of my bedroom door. Hoping to avoid getting into trouble, I popped my pyjamas on over the top, and climbed back into bed.

Eventually I dozed off, dreaming of all the exciting things I might experience at “big school“.

careful what you wish for

When I first read the topic of SavingNinja’s thought experiment I was horrified.

Taking that naïvely innocent little boy I once was; and filling his head with all the cynicism, disappointment, and scars earned throughout a lifetime of lessons learned the hard way.

Who would commit such a horrible act of utter bastardry?

The more I thought about it, the more uncomfortable I felt.

Woulda/coulda/shoulda are three of the most dangerous notions in the universe. Dwelling on them has never helped anybody.

I’ve never been one for regrets.

When things haven’t work out as I would like, my philosophy has been:

On reflection, at times it must really suck to be one of my kids!

The idea of revisiting and second-guessing every single life decision, interpersonal encounter, victory, defeat, love, and loss is akin to opening Pandora’s box.

No good could come from it.

What’s the worst that could happen?

Back To The Future 2. Image credit: IMDB.

Then I gave myself a slap upside the head. It is just a silly game. A thought exercise. What harm can it do?

If I was going to be able to go back in time then I would maximise the opportunity. I’d take a leaf out of Marty McFly’s book and memorise some life-changing events that I could capitalise on.

The dates and winning numbers of the Euromillions mega-jackpots.

The timing of when to get in, and when to get out, of some of the more successful investment opportunities over the time period in question.

This would certainly provide me with a comfortable existence, but also provide the opportunity to finance some of the society benefitting projects I have written about previously.

Wearing undies on the outside

Groundhog Day was another movie where the protagonist had the opportunity to revisit the past. Amongst other things, the lead character was able to use his prior knowledge to save lives and prevent injuries. 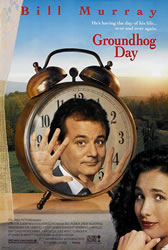 While I was at high school there were students who suffered untimely deaths due to car accidents, overdoses, suicide, and a stabbing. While I didn’t much like many of those who died, would it really cost me anything to try and persuade them from putting themselves in harm’s way?

I suspect the majority of them wouldn’t have listened, but at least I would have tried.

Would I really want to spend my “do over” life wearing a cape and my underpants outside my trousers, while running around saving people?

Given the gift of foresight, how could it not be the height of selfishness to do anything else?

But who do you save?

Every day the press is full of stories about people being horribly injured or worse. The nastier the drama, the more coverage (and therefore the more memorable) the event receives.

Would I need to move to the United States to make a career out of trying to prevent the endless production line of gun toting crazy folks from mass murdering crowds in churches and schools and nightclubs and shopping centres?

How hard do you try?

Stephen King once wrote a book called the The Dead Zone about this problem. The protagonist had advanced warning that some politician was going to make some bad choices in the future, and end the world. 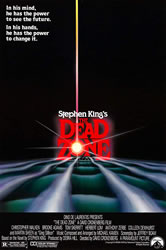 What should he do in that situation?

What would you do?

I used to get drunk with some philosophy students in the university bar. Once they had an exam question that went something along the lines of: “if you were babysitting an infant Adolf Hitler, and you knew how history would play out, should you smother him in his cot?”

Given the consequences of taking that sort of action, there would be a constant balancing act between trying to do good today, and keeping yourself at liberty to potentially do more good in the future.

Talk about stressful! How do you decide what to prevent and what to let happen?

I don’t have the answers.

With the benefit of hindsight are there things I survived that I wouldn’t choose to go through again?

However like the magic of compound interest, our experiences also compound.

If you didn’t do A, then you wouldn’t have been at B, where you met C, who introduced you to D.

Rehashing past decisions would be like playing a game of Jenga. Image credit: Wiki Commons.

The characters on Star Trek used to run around worrying about “polluting the timeline” every time one of them travelled through time. I’m a little dubious about whether the science holds up (wouldn’t changing the past mean you could no longer remember how the future used to be?), but there is a certain logic to the concept.

Rehashing past decisions would be like playing a game of Jenga. Every change made jeopardises the integrity of the overall structure. You’re never sure which move will be the one that causes it all to come crashing down.

At the end of a nearly infinite number of decision permutations and combinations, I have ended up where I am today: the father of a couple of amazing kids. Any number of the past life decisions I may have made differently would indirectly result in them never being born.

For mine, those stakes are too high for this game to be worth playing.

After careful consideration, I reject the premise of this thought exercise.

SavingNinja can find somebody else to ride shotgun in his time machine.

I will keep my memories, my children, and protect the innocence of the excited little boy I once was for as long as possible.

There is an old Pearl Jam song lyric that goes:

“By nine he had deciphered the illusion trading magic for fact

So this is what it’s like to be an adult

If he only knew now what he knew then…”

Imagine experiencing the world with a 5-year-old’s sense of wonder once again.

Marvelling at everything being new and exciting.

Now that would be something special indeed!