I lay on the rocky headland cliff top, looking out towards the dark Eastern sky.

The feeling of being totally surrounded by a void was a little disorientating, with only the sharply contrasting white foam from the breaking waves far below providing any relief from the overwhelming darkness.

The inky blackness perceptibly lightened into a pre-dawn gloom along the horizon.

With surprising speed, black gave way to a multitude of greys, each shade illuminating more of the breathtaking coastal landscape that surrounded us.

“Now!” gleefully shouted the girl stretched out alongside me on the cliff edge.

In unison we slithered forward until our heads, shoulders, and chests were suspended over the precipice. We arched our backs and spread our arms wide.

The first glowing sliver of the morning sun dramatically appeared over the ocean horizon. A monochrome toned world suddenly gives way to a spectacular kaleidoscope of colour!

The warmth accompanying the sun’s arrival brought with it a mighty sea breeze. Streaking across the wave tops towards land, it crashed into the immovable cliff face from which we were precariously suspended.

An angry torrent surged upwards: tussling our hair, billowing our clothes, buffeting our bodies, and bringing the fresh scent of dawn.

Nature’s raw untamed power, the spectacular vista, the fear of falling, and the sheer unexpected thrill of feeling weightless combined to make me feel truly alive. I laughed from the sheer joy of it!

The feeling was exhilarating, the closest you can get to flying with your feet still on the ground.

As quickly as it had arrived, the moment past. As the sun climbed into the sky it warmed the air, the powerful wind giving way to a gentle breeze.

With heart still pounding as the adrenalin rush slowly subsided, I shuffled back from the cliff edge.

For the remainder of that day I experienced an unusual dissociated feeling, a sense of detachment. I felt like I was peering over my own shoulder, independently observing the activities and interactions I experienced as I went through the motions of everyday life. 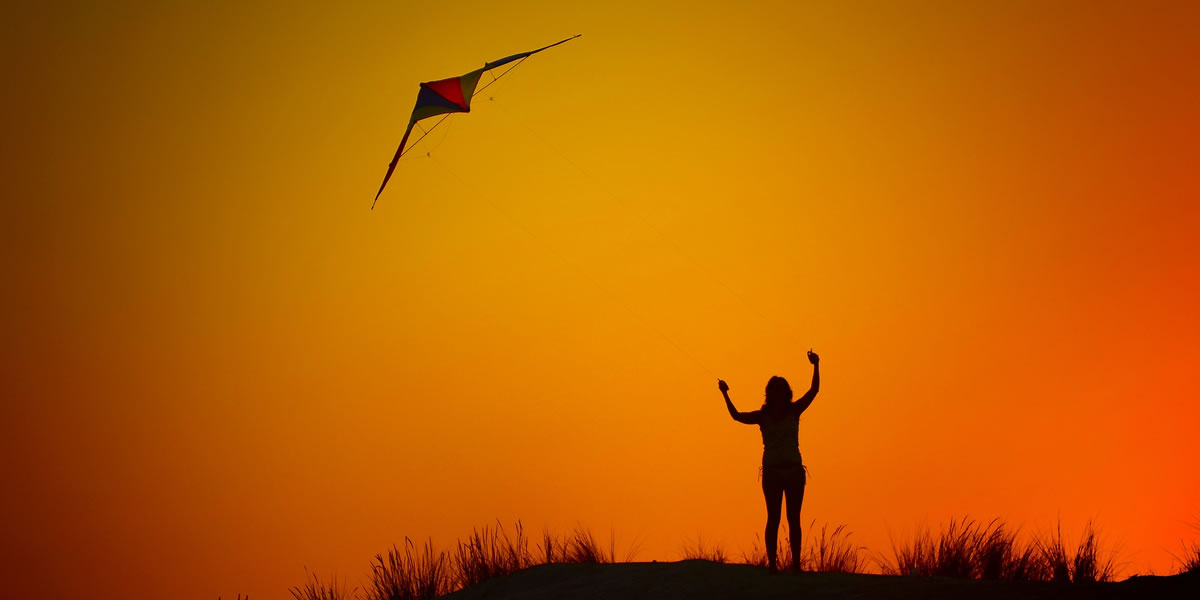 Adrift is one of those tricky words with multiple meanings that must make learning English extremely challenging.

It can mean to be floating without being anchored or steered: fallen leaves randomly scattered by a late autumn breeze.

Sometimes it means to be drifting aimlessly without direction: an indecisive student with no idea what they want to do when they grow up.

The last possibility is it may refer to missing a target or falling behind the winner: the Financial Independence seeker discovering that real life is less predictable than spreadsheets assume.

Over the years I have experienced that disconnected feeling many times:

I always figured this reaction was a subconscious coping mechanism that kicks in when I have experienced something impactful and potentially overwhelming.

Before anyone asks: the hardest part of any speech/interview/exam situation is staring down the irrational fear of the unknown… our imagination is a far scarier place that reality will ever be!

The magic of christmas

As I write this another year is drawing to a close. Christmas was a magical experience, as viewed through the eyes of an enchanted six-year-old.

There were smiles aplenty.

Peeking behind the curtain

My elder son struggled with Christmas this year, experiencing that adrift feeling for the first time. He is old enough and perceptive enough to have seen through the myths. The contrast was jarring.

He remembers quivering with excitement at the prospect of Santa visiting, but long ago saw through the legend. He still plays along for the benefit of his younger sibling, but the lustre is gone.

He fondly recalls tearing open parcels full of surprising treasures from under the Christmas tree. Being showered with toys, books, and chocolate biscuits from friends and family both near and far.

This year he realised his parents must have sourced the gifts, because his extended family don’t really care. It has ever been thus, but was disheartening for him to realise it for the first time.

In the past he had always had a list of toys a mile long that he wanted.

This year he is too old for toys, and didn’t particularly want anything at all. When prodded he nominating Fortnite in-game purchases and Amazon vouchers… all somewhat underwhelming to wrap up under the tree. 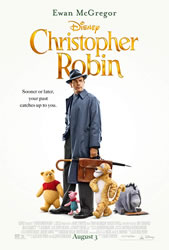 This evening I camped out on the couch with my kids and we watched a movie about a grown-up Christopher Robin. It was a touching tale of a man who had his priorities out of kilter. Life was passing him by while he worked too hard and focused on all the wrong things. Eventually he got his shit together and started paying attention to what was really important.

My younger son loved the idea of the talking stuffed toys.

My elder son related to Christopher Robin’s daughter, often on the receiving end of poor prioritisation decisions. He also recognised Christopher Robin’s briefcase full of “very important papers” for what it was, a metaphor for his own school bag containing a couple of hours worth of homework every night… and the opportunity cost those hours incur.

I enjoyed the movie, but found myself wondering what had happened to my own younger Christopher Robin.

The idealistic dreamer who used to earnestly promise himself that he would never sell out or compromise.

The young adult who pretended he could fly on a clifftop at dawn.

It is easy to hide behind the financial imperative when justifying not “being present” or making “quality time”. If we’re brutally honest with ourselves we would recognise that for what it is: bullshit.

If things are really important to us, we make the time. And we do… sometimes!

The blogosphere is currently full of recycled filler posts.

Soon these will be replaced by a chorus of “whump whump” sounds as bloggers dust off their 2018 goals, and dig out their red crayons. There is a fleeting disappointment at realising little of note was accomplished. This gets quickly rationalised away in a flurry of “life happened” accountability shirking.

Almost immediately afterwards many of those same folks will get swept up in a flurry of New Year’s Resolutions and planning out goals to make 2019 yet another “best year ever”.

And so the cycle goes.

I look back through my own list of hopes, dreams and achievements.

Interestingly this notion doesn’t trouble me as much as it did when I was young. Whether that is pragmatism, self-awareness, acceptance or simply admitting defeat I can’t really discern.

As I get older I am better at choosing my battles, and recognising that suiting up is only warranted for the ones truly worth winning. Arguing with an arbitrary to-do list simply isn’t one of them!

For the most part I am content with my life, there isn’t much I would seek to change.

And yet I too feel adrift.

What does the year ahead hold? If I’m brutally honest, probably more of the same.

Three things I will be focussing on:

At some point I should also find a paying client with a tricky problem to solve. Though with Brexit uncertainty having emptied the forward work pipeline, I may need to consider a pivot if I can no longer viably perform my well-practised routine.

Fortunately there isn’t too much pressure or urgency on this last point, as over the last few months the majority of my staff have elected to join the exodus from London.

They have sought out the gold rush in centres like Dubai, Singapore, New York and Switzerland.

The promise of an exciting new adventure.

To feel like you can take flight again! To stop drifting… for a little while.