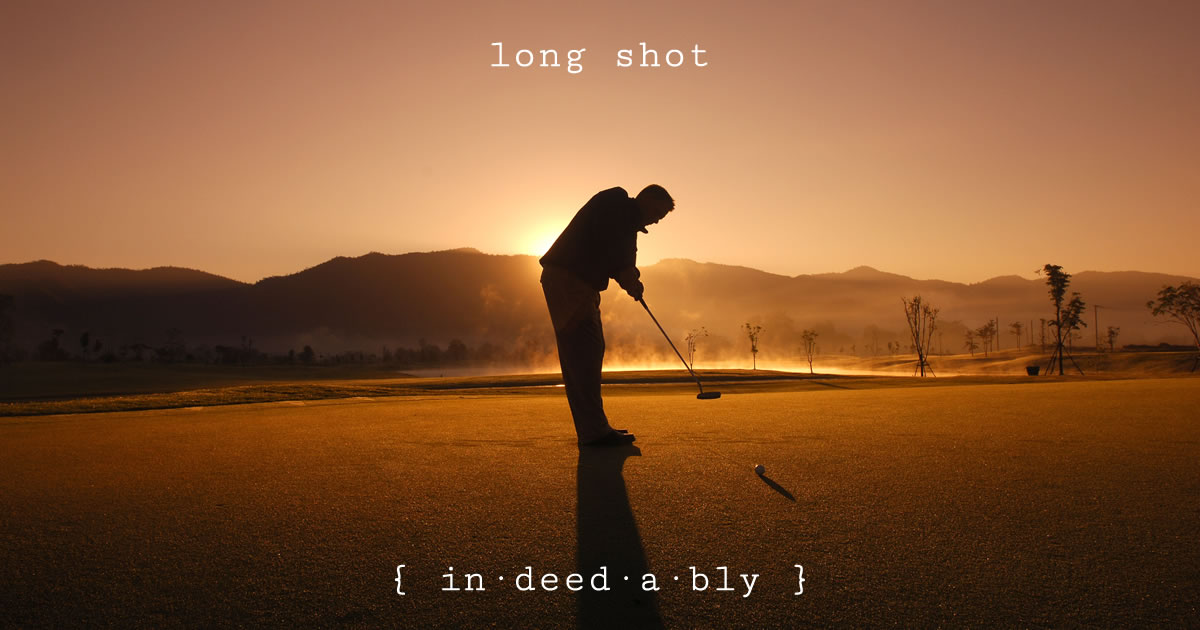 James sweated as his shaky fingers slid the signed withdrawal slip across the counter.

It was a request to withdraw $85,000. From his business bank account. That sum represented all the money he had in the world. Given the business was a separate legal entity, some would argue that money wasn’t his at all.

The bank teller checked the signature. Checked the account balance. Checked with her boss.

A sudden request for a large cash withdrawal. Made by a nervous-looking customer from out of town. It wasn’t the strangest request she had ever received in the bank. Probably not even in the top 5 come to think of it. But it was up the unusual end of the spectrum.

The branch manager arrived at her elbow, carrying the banknotes. James watched him carefully set the money out in neat stacks on the counter. $85,000 made a dishearteningly small pile.

James unzipped the cheap children’s backpack he had purchased at the neighbouring discount store. He hurriedly shoved the money inside. There would have been enough room remaining to hold a packed lunch, but the butterflies in his stomach fluttered nauseatingly at the mere thought of food.

He hurried outside into the searing Las Vega sunlight and searched for a ride. To the casino.

An hour later James had bet the lot on Tiger Woods winning the 2019 Masters golf tournament.

11 years since his last Major win.

5 years since he had last won anything.

James’s gamble may have appeared reasonable, had he placed the wager at the end of the tournament’s third day, once he knew Tiger Woods had made it through to the final round.

However, James had flown to Vegas to place his bet a week before the tournament began.

He had a feeling in his bones. A vision.

Perhaps it was the gods, or the voices in his head, that told him to do something that no rational person would do.

“I just thought it was pre-destined for him to win”.

But here is the thing: Tiger Woods won.

The world celebrated. Everyone loves a redemption story.

In less than a news cycle, the narrative shifted away from Tiger Woods’ remarkable comeback to focus on James’s huge payout. Survivorship bias in all its glory.

James had won a life-changing amount of money. He could have used it to clear his eye-watering array of debts, and use the remainder to lead a comfortable existence for the rest of his life.

Instead, James returned to the same casino and doubled down. They were happy to take his wager.

He bet $100,000 on a 100 to 1 shot that Tiger Woods would go on to win not one but all three remaining Major tournaments in the calendar year. A feat no golfer has accomplished in the modern era. The payout if successful? $10,000,000.

When Woods was asked about this second bet, he grinned: “… dumb-ass for the Grand Slam part though”.

A month later, Brooks Koepka won the next Major. Tiger Woods failed to make the cut. James lost his money.

This week the client site where I am spending my winter working hibernation reminded of me James’s approach to concentrating risk and backing long shots.

Some years ago the client was taken over by a private equity firm. A select few senior executives made fortunes selling their business for more than it was worth. They had found their “greater fool”.

The staff got nothing more than new business cards proudly displaying the company’s new name.

A made-up word. Invented by a high priced marketing agency. Who claimed it instilled feelings of dynamism, imagination and modernity amongst a focus group audience.

A name that autocorrect, predictive text, and spell checkers the world over would forevermore attempt to “fix” by changing it to an unfortunate choice of real word that meant none of those things!

The new owners followed the standard private equity playbook. Strip the assets. Load the firm up with debt. Extract the equity. Then try and flog it off for more than they paid for it, to an even greater fool. Possibly a stock market IPO. More likely another private equity firm.

They also sold a dream to the firm’s staff. Dangling a carrot of vast indeterminate potential riches at some undefined point in the future. Stock options in lieu of pay rises or performance bonuses.

Staff were even given the opportunity to invest their own funds into the illiquid and unlisted shares of the firm. Many did exactly that.

The firm offered the customary array of pension matches and salary sacrifice options. There was one small catch, a choice of just one pension fund. A high fee charging vehicle that invested a suspiciously high proportion of funds under management in the private equity firm’s own holdings.

If the future played out according to plan, a greater fool would swoop in to pay over the odds for the business. Vast sums of wealth would shower down upon all those who maintained the faith and believed in the private equity vision.

Life-changing amounts of money. Just like the founders had experienced the last time around.

It was certainly one possible outcome. But not the only one. Nor the most likely.

Some folks might respect James’s dogged optimism. His flouting of conventional wisdom. Stoically ignoring the naysayers and critics. He stayed the course. Saw things through. Toughed it out.

Others may question his wisdom. His financial acumen. His sanity.

What are the chances of lightning striking when you want it to?

How much would you bet on such an outcome? How much could you afford to lose?

Many of them don’t realise it, but the staff at my client site are playing a similar game to James.

They depend upon the firm for their wages. These pay their rent. Clothe their children. Put food on the table. Keep them healthy, safe and warm.

If the firm were to go broke, then the staff would lose their jobs. An inconvenience, but for most people a survivable one.

Employment benefits, part of their remuneration package, provide private health coverage. The ability to jump the NHS queue. Obtain a timely second opinion. Select a specialist of their choosing.

At first glance, this appears to be another inconvenience. Collateral damage when losing a job. Yet it can have life-changing implications. Suddenly the former employee finds themselves at the back of that NHS queue they assumed they could skip. Their previously covered maladies now considered “pre-existing conditions” and potentially excluded from any future health insurance coverage.

Their retirement lifestyle was to have been funded by their workplace pension. Their contributions supposed to compound and grow under the diligent stewardship and prudent investment strategy adopted by the pension fund operator.

Except the pension fund invested heavily in the firm. The fund operator drinking the same kool-aid that the private equity owners had been guzzling.

Suddenly the retirement prospects of the now unemployed former staff would have taken a major haircut. The dream of retiring to a Bahamian beach house replaced by the prospect of a bedsit in Blackpool.

Not only have the original contributions gone, but years of accumulated compounding have also been lost. Time that nobody can get back.

Finally, there are those additional investments that many of the staff made in the firm. Demonstrating commitment and buying further into the dream by putting “skin in the game“.

Now the inconvenience of merely losing a job has become an unmitigated disaster. A single point of failure resulting in lost wages, benefits, pension, and investments.

Those who are young enough can dust themselves off, learn from the experience, and view the scars as a constant reminder of the dangers of risk concentration.

However, the older staff must learn to live with disappointment. Those who thought they could see retirement hovering alluringly on the horizon have a problem. Their net worth cruelled by a shortsighted combination of greed, peer pressure, and rose coloured glasses.

When I read about James’s good fortune, my initial reaction was similar to Tiger Woods. Disquiet about the wisdom of taking the gamble, swiftly replaced by pleasure at hearing an underdog won the day. Good for him!

Yet when I learned of James riding his luck, and betting even more on a far less likely outcome, I can only shake my head at his folly and greed. As Tiger Woods so eloquently called it, making a “dumb-ass bet”.

I experienced a similar reaction when I learned about how concentrated the risk was amongst the staff at my client site. Many hadn’t just bet their jobs on the success of the company, but also the financial well-being of themselves and their families. In these circumstances a bit of diversification could work wonders.

Hopefully, one day, their gamble pays off and they get to experience an unlikely win like James did.

However, bookmakers set long odds on unlikely outcomes for a reason. For every Hollywood style Tiger Woods redemption story, there are a hundred events where one of the short priced favourites win.

Personally I wouldn’t bet my family’s financial future on a long shot. In the long run, the house always wins.