“This bus has been withdrawn from service. Please alight and take all your personal belongings with you.”

I cursed the gods of public transport, as I stepped off the bus into the pouring rain. It was the third morning this week that the bus I had been riding was terminated before completing its full route.

Traffic, though heavy as ever, was flowing relatively freely.

There was nothing mechanically wrong with the bus.

The driver hadn’t been taken ill.

No, the problem was the bus was now running more than 30 minutes behind schedule.

Transport For London reports on a bunch service quality metrics, one of which is reliability performance.

Compounding might be a wonder of the investing world, but it is the nightmare of transport providers! A delayed bus arrives late at every single bus stop it services. In the world of performance monitoring metrics that equates to compounding failures.

Like legions of bonus chasing middle managers before them, the bus operators worked out how to game the system: withdraw the bus from service and stop accruing adverse reliability ratings.

Simply kick all the paying passengers off, turn the bus around, and send it back the other way.

Except for the inconvenienced fare-paying passengers, who were unceremoniously dumped beside the road. In the rain. Miles short of their intended destination.

Which didn’t really matter, because customer satisfaction is a KPI that is measured elsewhere, at a much more aggregate level than a single bus journey. Besides, everyone knows bus passengers are less inclined to lodge a formal complaint as, unlike disrupted tube journeys, there is little chance of receiving a fare refund!

Canceling the service instantly swapped the accumulation of negative performance metrics for the collecting of positive ones. Inconveniencing a few customers was a small price to pay.

It was a classic case of “invert and win”. Use a system designed to achieve a given outcome against itself by exploiting inherent weaknesses, and deliver outcomes at odds with the original purpose.

Once upon a time private pensions were designed to provide a safe reliable income stream for old folks once they stopped working full time. This tended to be in the form of annuities, which delivered a steady (though often expensive) cash flow.

That all changed when Chancellor George Osborne announced a host of rule changes in 2014.

Whether the goal was a bit of pre-election pork-barrelling, or the treasury looking down the back of the sofa cushions in search of additional tax revenue, these changes undermined the goal of pensions.

Suddenly pension aged folks could cash out their pensions where the balance was less than £30,000… without paying any tax.

Folks with a higher balance defined contribution pension could withdraw a lump sum of up to 25%, again tax-free.

There is an urban legend that lottery winners, sportspeople, entertainers, and inheritors are often swiftly parted from their newfound wealth.

For many people these pension reforms were like winning the lottery.

They could suddenly access more money than many of them had ever seen at one time! By all accounts this created an environment full of sharks and traps for the unwary.

Unsurprisingly more than a few pensioners frittered away their windfall:

Money that had previously been locked away by design, to help financially support retirees over the remainder of their lives, was suddenly made available to spend today.

And spend they did!

Once that money was gone the original problem remained: how to finance a potentially lengthy retirement?

The state pension of course!

Now if only there was some way of encouraging people to provide for their own retirements, possibly incentivised via tax breaks, to minimise the burden on the state of providing for all those old-timers… oh wait! 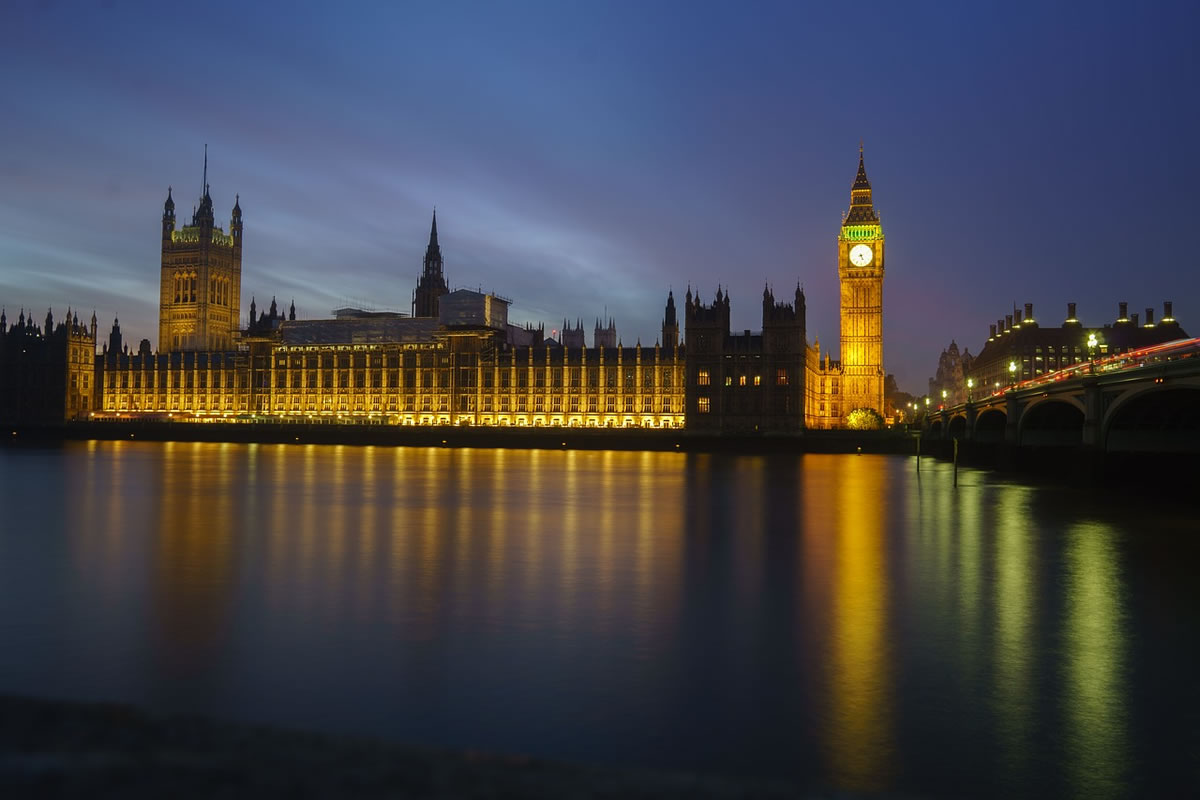 As a kid growing up in the days before the internet, I remember my father religiously reading the newspaper over breakfast every morning. Each evening he would watch at least two news bulletins on television; one on the state broadcaster and another on a commercial station. He also listened to news radio in the car during his morning commute.

Knowledge has ever been the currency of power, and back in the pre-internet era information was scarce.

What was interesting about his approach was that he was openly sceptical of stories that were reported by just a single source.

However he would grudgingly accept the common elements of stories that were reported on by multiple news outlets. Doing so troubled him, but sometimes there are only bad choices.

Society places much faith in the profession Edmund Burke once described as the fourth estate. The job of the journalists was, to paraphrase Don Chipp, to “keep the bastards honest”.

Those “bastards” included politicians, the judiciary, regulators, big business, financial professionals, and all manner of celebrities.

Fear of reputational harm or poor public perception serving as a modifying influence over their decision making, ethics, and moral judgements.

Owners of newspapers and television stations were powerful gatekeepers to information.

Their editorial preferences determined what the public heard about, how it was reported, and what they should feel about it. They were king makers, playing no small part in determining election outcomes.

State-run broadcasters ran an editorial line generally favourable to the government of the day. Given where their funding came from, this was hardly surprising! The BBC’s coverage of Brexit is a good example of this in action today.

Commercial media outlets competed for advertising revenue. The larger the audience, the greater the premium they could charge for a television commercial or newspaper advert.

The editorial line adopted by each commercial news outlet tended to be a blend favouring each owner’s commercial and political interests. Fox news and tabloid newspapers are examples of news organisations that operate under this model.

People had access to a finite number of information sources, and the barriers to new entrants were high.

Roll forward 30+ years, and the internet has changed all that by eliminating those barriers to entry.

Anyone with an internet connection can now publish an article on the web and potentially find an audience.

Anyone with a smartphone can become an instant television news reporter.

Today the main difference between a newspaper and a blog is branding and audience size.

Some of the youtube channels my elder son watches have larger audiences than many television channels!

As the volume of content has exploded, the quality has plummeted.

In the face of this relentless competition audience attention, many traditional “news” outlets have surrendered the façade of being objective and fact-based.

In a race to the bottom they have devolved into the peddling of opinion and outrage, in the hope of capturing the ever-shortening attention spans of an increasingly transient audience.

This near infinite level of competition has largely destroyed the old advertising-supported news model. Many journalists have become freelancers out of necessity, needing to sell stories in order to eat.

Buyers will only pay for the stories they think will capture the attention of audiences.

A few publications, often subsidised by rich benefactors, have bucked this trend and still offer some quality content. However that content is increasingly locked away behind paywalls, where the majority of the population will not benefit from it.

As the audience trust in what they are being told has fallen, journalism’s ability to hold people to account has diminished.

The scandal-plagued Trump presidency and the ongoing Brexit palaver are just two examples of there no longer being fear of being held to account for dishonesty, nor any accountability for failure.

The swiftness with which the term “fake news” has entered our vocabulary, and been accepted as the new normal, is as alarming as it is disheartening.

Those peddling fake news are exploiting the system for their own ends, another example of “invert and win” in action. 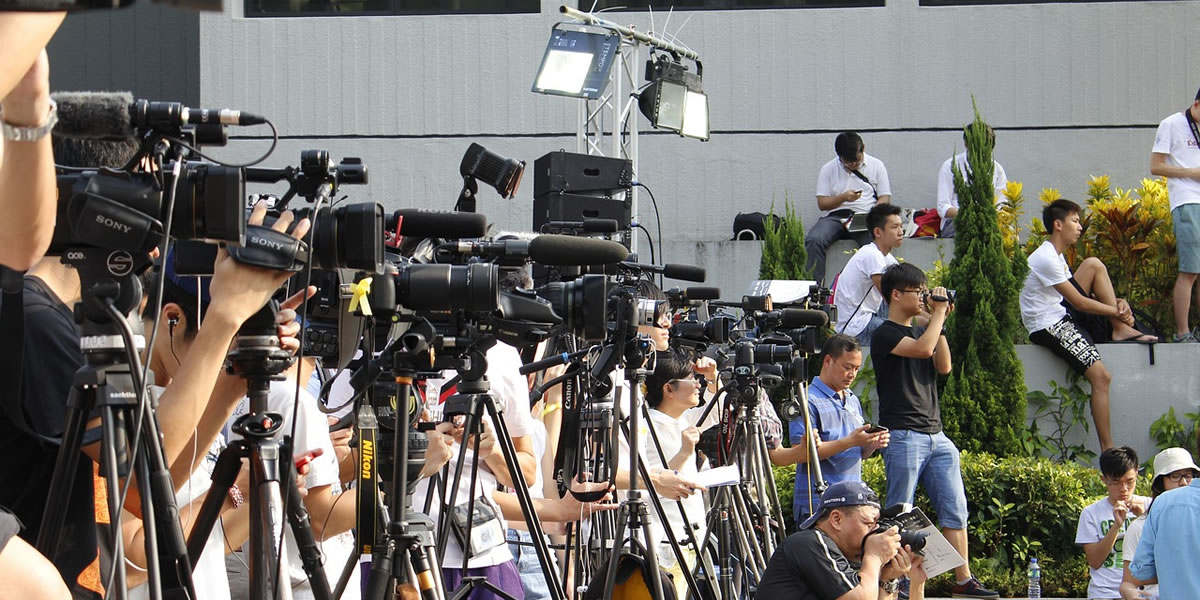 You get what you vote for

One of the cornerstones of a democracy is the holding of regular, free, and fair elections.

In theory, every citizen of voting age is entitled to having an equal say on election day, by casting their vote for their preferred candidate.

In practice the government of the day tweak voter eligibility rules to suit their needs.

At various times this has involved disenfranchising ex-pats, prison inmates, and members of the armed forces serving abroad to name just a few groups who have been deprived of their right to vote.

The flip side of that electoral right is that anybody who wants to stand for elected office, regardless of how credible their platform, is afforded the opportunity to do so.

This accessibility to all aspect of the democratic system is also its weakness.

Over the years this has resulted in some bizarre choices at the ballot box, such as Screaming Lord Sutch’s Official Monster Raving Loony Party.

Australian elections often include a motley assortment of “micro-party” candidates. The majority of them have no experience, no policies, and no ambition to serve as elected lawmakers.

They were simply looking to take advantage of electoral funding rules that shower cash on any candidate who achieves a laughably small share of the vote.

Unfortunately several of them do get elected, resulting in the likes of “The Motoring Enthusiasts Party” and “The Shooters Party” having a say, and at times a deciding vote, in any legislation the government of the day might attempt to pass.

Occasionally this “invert and win” corruption of the political process produces some delicious ironies.

In a regional Australian election, a candidate running on a “No Self-Government” platform ended up being elected as an inaugural member of the government they actively campaigned against.

In the last European parliamentary elections, the United Kingdom Independence Party ended up with 24 candidates elected as Members of the European Parliament.

Turning a system against itself follows the letter of the law, yet flies in the face of what it was designed to achieve.

Fake news, sponsored election outcomes, and legalised corruption in the form of lobbying are all examples of system weaknesses being exploited to use a system against itself.

Rules only work when most people follow them, and those who don’t are held accountable for their actions.

The internet is full of voices attempting to invert and win. The promise of easy answers and telling people what they want to hear provides an alluring siren song for the unwary.

The efficiency expert who generates distractions on social media.

The frugality blogger who sells into their audience using affiliate links.

The financial planner who herds their clients into churning investments to generate commissions.