Did you know that paper money originated as a knee jerk reaction to an unintended consequence of a poorly thought through government policy?

It was around the year 812, and China was running out of copper coins.

A recent change to the taxation system allowed taxes to be paid in coin, rather than the traditional goods-in-kind. The result was a huge surge in demand for coins.

This created a huge liquidity problem for merchants.

How could a merchant purchase tea in Sichuan, to sell at a profit in the markets of Chang’an, if they couldn’t transport coins?

The emperor reluctantly approved the creation of paper bills as a substitute for copper coins. These bills were colloquially known as “flying money”.

Coins were exchanged for government-issued bills of exchange in one city. The merchant would travel to the next city, where the bills were swapped for the equivalent value of local coins.

Coins remained available in the cities. The liquidity problem was solved. 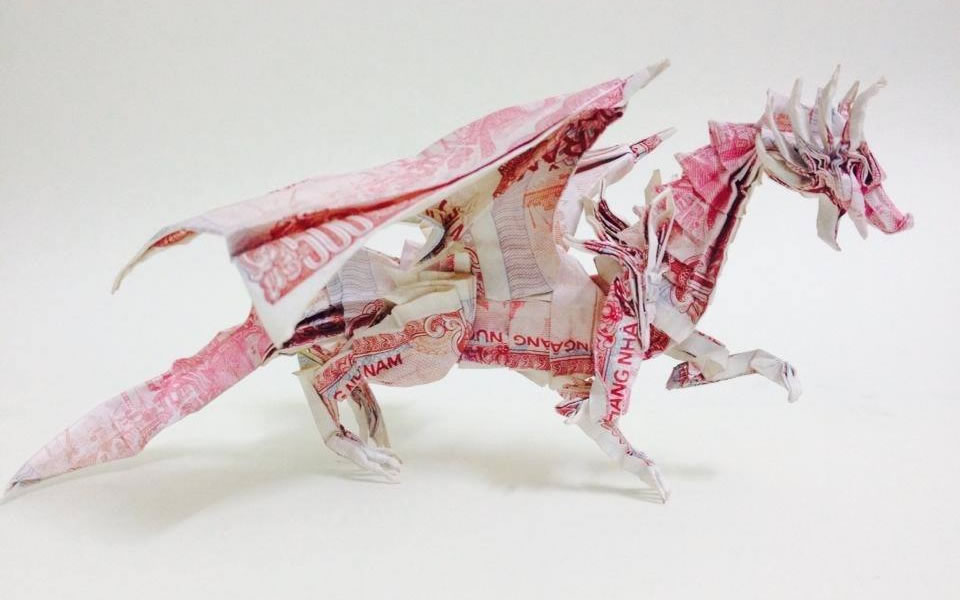 A crusade for consumer safety

Teeming hordes of religious tourists, driven by peer pressure and the fear of missing out, suddenly flooded to see the newly accessible sites.

Then as now, tourists needed to pay for all their food and accommodation far from home. This made them a tempting targets for thieves and robbers.

How could travelling long distances carrying lots of money be made safer?

Having won the war, a group of ageing Knights found themselves with time on their hands. They dedicated themselves to helping those in need, including protecting pilgrims during their journey.

This group later became known as the Knights Templar.

Some of the Templars traded swords for ledgers, establishing one of the first international banking networks.

Tourists could deposit funds with the Templars at home, and then withdraw them once they reached the Holy Land.

The personal safety problems of transporting money over large distances were resolved.

Unlike Chinese “flying money”, the Templar system was not underwritten by a national government.

Roll forward another two hundred years to the 13th century. Trade thrived amongst the Italian city-states, but the security risk of carrying large sums of money remained.

How could a merchant settle a bill, without physically delivering the money in person?

A long forgotten banker in the Republic of Venice formalised the ancient tradition of IOUs into an early version of personal cheques.

The cheque allowed a person to issue a pre-authorised instruction to their bank for the release of funds to a third party on demand.

A merchant could now safely pay for goods without carrying around large quantities of money.

Trading partners could cash cheques at their leisure, safe in the knowledge that the merchant’s bank would honour the demand.

Unlike the Templar system, the bank would release funds to anyone who presented a valid cheque, rather than just to the account holder or their trusted agent.

Premise of a promise

Just over a hundred years later, in the neighbouring city-state of Florence, the Medici family founded what would become Europe’s largest bank.

A predictable shortcoming had emerged with the humble cheque.

If the merchant’s account held insufficient funds to cover a payment, then the bank would refuse to honour the cheque.

That created a problem for the person presenting the cheque. They had already parted with the goods that the cheque was supposed to pay for.

Chasing debtors was a hassle. Debt collection is a messy unpleasant business, then as now.

How could a trading partner trust that a merchant actually had the funds to make a purchase?

The Medici are famous for inventing the double-entry bookkeeping system, getting themselves elected Pope, and sponsoring the Renaissance. One of their less-heralded achievements was the creation of the letter of credit.

Similar to cheques, a letter of credit allowed a merchant to purchase goods today on the promise of payment later.

The main difference was that a letter of credit is underwritten by a trusted authority, like the Medici bank. This guaranteed that payment would be honoured, irrespective of the merchant’s account balance.

Unlike the Venetian cheque, the letter of credit reduced the risk of non-payment for the trading partner. It was based upon the financial strength of the underwriter, rather than the merchant.

The end of the Pony Express

Gone were the days that the best informed person was the one who owned the fastest horse.

One of Western Union’s employees was Thomas Edison. He invented the stock market ticker, a device delivered stock prices in near real time to brokerage firms throughout the country. More than a century before the internet existed.

How could the financial payments process, which had changed little since the days of Medici, be sped up?

In New York, a customer could walk into a Western Union shopfront and deposit funds for a nominated recipient.

Moments later the recipient could walk into a Western Union shopfront in San Francisco, identify themselves, and walk out carrying the transferred sum!

Is innovation an illusion?

What I find fascinating about the history of payment innovation is how little there has actually been.

Western Union sped up the process pioneered by the Templars more than 700 years earlier.

Paypal have simply made it more convenient.

In the 1940s credit cards forever changed how we shop. They applied Medici’s 500 year old settlement guarantee concept to merchants who sold directly to individuals.

Cryptocurrencies promise an alternative solution to the problem that the Tang Dynasty’s “flying money” solved more than 1200 years ago.

Like many of the financial innovations that followed, blockchain ledgers add value by addressing risk issues associated with using money.

However, cryptocurrencies do so at the cost of removing the guaranteed backing that granted the original “flying money” and the Medici’s letter of credit their value.

Absent of this, both were just valueless pieces of paper decorated with empty words, like a cheque that bounces.

Risky for merchants to accept as a medium of exchange.

Riskier still to hold as an asset, the value backed by nothing more than hope.

According to the World Bank, in 2018 globally there were 1.7 billion adults without access to a bank account.

These people benefit from none of the advances in monetary security and contract certainty that have occurred since the Tang Dynasty more than a millennia ago.

With no choice but to pay cash for everything, they are constantly at risk of being robbed.

However over one billion of those unbanked people do have access to a mobile phone.

How could the unbanked gain access to payment services, when the nearest bank branch is often beyond viable commuting distance?

Mobile money is one area of payment innovation that has the potential to make a huge impact on the lives of hundreds of millions of people without access to a bank account.

It combines the safety aspects of depositing funds with the Templars, the convenience of Venetian cheques, the contract certainty of a Medici letter of credit, and the speed of Western Union.

Mobile phone operators have established networks consisting of hundreds of thousands of registered agents. These agents are typically small businesses like convenience stores or newsagents. The type of place where you might see a Lebara mobile sign, while walking around London.

A person signs up for a mobile money account, which gets linked to their mobile phone number.

From that point onwards they can convert cash to or from mobile money using any registered agent. That mobile money can then be used to pay bills, or transfer money to other people. All via SMS messages. 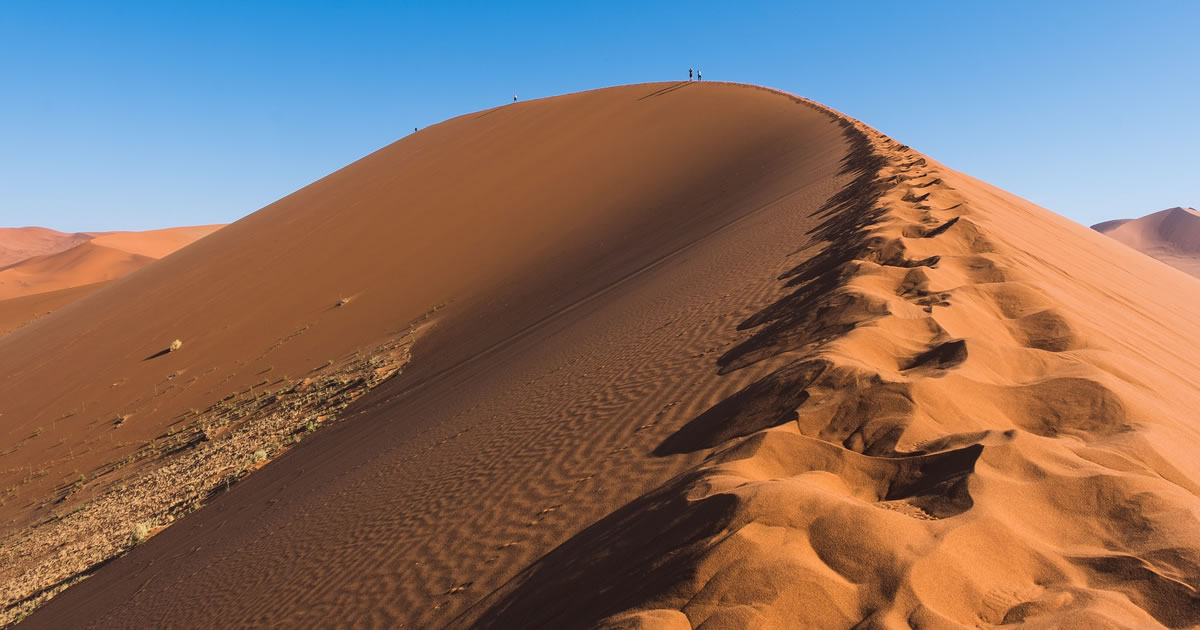 A long commute to the bank. Image credit: jbauer-fotographie.

That got me thinking about how we each manage our own money.

The financial services industry is full of people who derive their livelihoods from adding unnecessary layers of complexity and fees over what are fundamentally very simple transactions.

My old Introductory Business Law professor once told us the story of the Carbolic Smoke Ball Company case. This case established a simple framework for determining the existence of a legally binding contract between two parties. There needed to be:

At their heart, the majority of monetary transactions are similarly simple.

The method that the buyer chooses to perform that payment may vary, ranging from “flying money” through to mobile money delivered via SMS message.

However, the elements of the transaction are fundamentally the same today as they were during the Tang Dynasty.

Much is written about our living in a sophisticated fast-paced world. Where innovation continually disrupts the status quo.

Revolutionary innovation is rarer than a unicorn with sunburn.

Incremental innovation is gradual, changing the way we do things but not the things that we do.

Most things badged as innovation are really just marketing window dressing. Functionally the same, but with “new and improved” red go-faster stripes painted down the sides.

There are some simple things that just don’t change. By identifying those, we can focus our attention on things that matter. This enables us to avoid being distracted by the latest shiny packaging wrapped around those same old ideas.