“I read about this ‘FIRE movement’ in the paper. What a bunch of pretentious entitled snowflakes!

‘Life is hard. Boohoo. Woe is me, it isn’t fair. Mum always told me I was special.’

Do these people not realise life has never been so good?

Running away from problems never helped anyone.

Work out what is actually wrong. Figure out how to fix it. Then just fucking do it!

Now go enjoy their actual life, instead of fantasising about an idealistic dream life that doesn’t exist.”

Big Wal’s inebriated voice boomed across the room, easily drowning out the ambient small talk at the wake.

He was speaking with a bunch of other old guys. Some politely nodded, while others looked puzzled.

“These foolish kids want to retire in their 30s or 40s. They think they can save enough during the first 10 to 15 years of their careers to fund whatever life throws at them over the remainder of theirs.

Imagine how things would have turned out if old Clarrie had retired in his 30s?

Big Wal downed the last of his beer as his explanation was greeted with a mixture of disbelieving shakes of the head, knowing smirks, and derisive chuckles.

With a finely honed sense of timing, Big Wal’s long-suffering wife appeared at his side the moment his drink was empty. She herded him towards the door, muttering about letting people mourn Clarrie in peace and not making more of an arse of himself in public.

The next morning, while battling a hangover and choking down some prehistoric cornflakes, I searched for the article Big Wal had referred to.

The local paper had recently replaced the bulk of their staff journalists with a syndicated news deal.

From what I recall, the gist of the article was some guy spent 10+ years earning megabucks torturing computers, while leading a hermit-like existence somewhere in rural America. He then cashed in his chips, retired to Scotland, and sold his story to a newspaper.

On a slow news day, somehow this unrelatable story was republished as filler content in a struggling regional newspaper half a world away.

Until Big Wal’s drunken protest, I had heard the word fire used in four contexts:

All of them painful.

None of them good.

According to the article, FIRE was now an acronym for the term Financial Independence, Retire Early.

The idea of financial independence made a lot of sense to me.

Everyone should seek the freedom that comes from conquering the financial imperative. Affording the luxury of separating time investment decisions from how they finance their chosen lifestyle.

The speed and realism of that goal depends upon the individual’s good choices and good fortune.

While the term financial independence was new to me, the goal was something I had been working towards my whole life.

Military personnel can retire early. Survive 20 years risking being shot at or blown up for a living, and receive a well-deserved pension.

Business owners sometimes retire early. Establish a business that is of value to others, sell out to the highest bidder, then head for the nearest exit.

In all three cases, the individual typically retires from one career, then transitions to another.

Those former entrepreneurs often pop up again as consultants or non-executive directors. Or line up to do it all again with a new venture.

However, those weren’t the style of early retirement the story was selling. The article ended with the memorable final line that left me with more questions than answers:

The successful young guy appeared to have bailed out of a lucrative career to do… nothing?

To my simple mind, that seemed like a curious, and likely unsustainable outcome.

The mind is like a muscle, it atrophies. Use it or lose it.

Clarrie’s wake was attended by a host of retirees who once led accomplished careers. Now they while away their time doing nothing more intellectually taxing than babysitting grandkids, caravan holidays, and pottering around the garden. They were constantly being preyed upon by unscrupulous wealth managers.

Idleness leads to boredom. Boredom is stressful in its own way.

Bored people are often unhappy, and make trouble to keep themselves entertained.

Difficult to manage staff at the office.

Machiavellian manipulators who play people off against one another just for sport.

I remember concluding the story was most likely a fabrication. The retiree an unlikely figment of the writer’s imagination.

Or perhaps the early retired guy was an avatar designed to lure readers into a sales pitch? I couldn’t figure out what he might be selling from the article, and wasn’t tempted to seek out more information.

Or maybe the story was genuine?

A selectively edited recounting of the experiences of a real person. In which case I figured that such an obviously intelligent person would soon stumble onto a productive use for their time and talents. A new job or business venture to keep boredom at bay.

Never had it so good?

Recently I learned that Big Wal had passed away from a broken heart. He had outlived his long-suffering wife by just a couple of months.

This sad news reminded me of his outburst, from which I first learned of the FIRE movement.

Since that time I have read a great deal of content by aspirational bloggers. Many of them seek the same outcome as the guy from the newspaper article. An escape from their everyday lives today, with only the vaguest of notions about how they will occupy their time tomorrow.

Is modern everyday life really so awful? Or was Big Wal right when he said people had never had it so good?

At a macro level, things look positive (except for climate change). Extreme poverty and infant mortality are down. Literacy, education levels, and life expectancy are up. 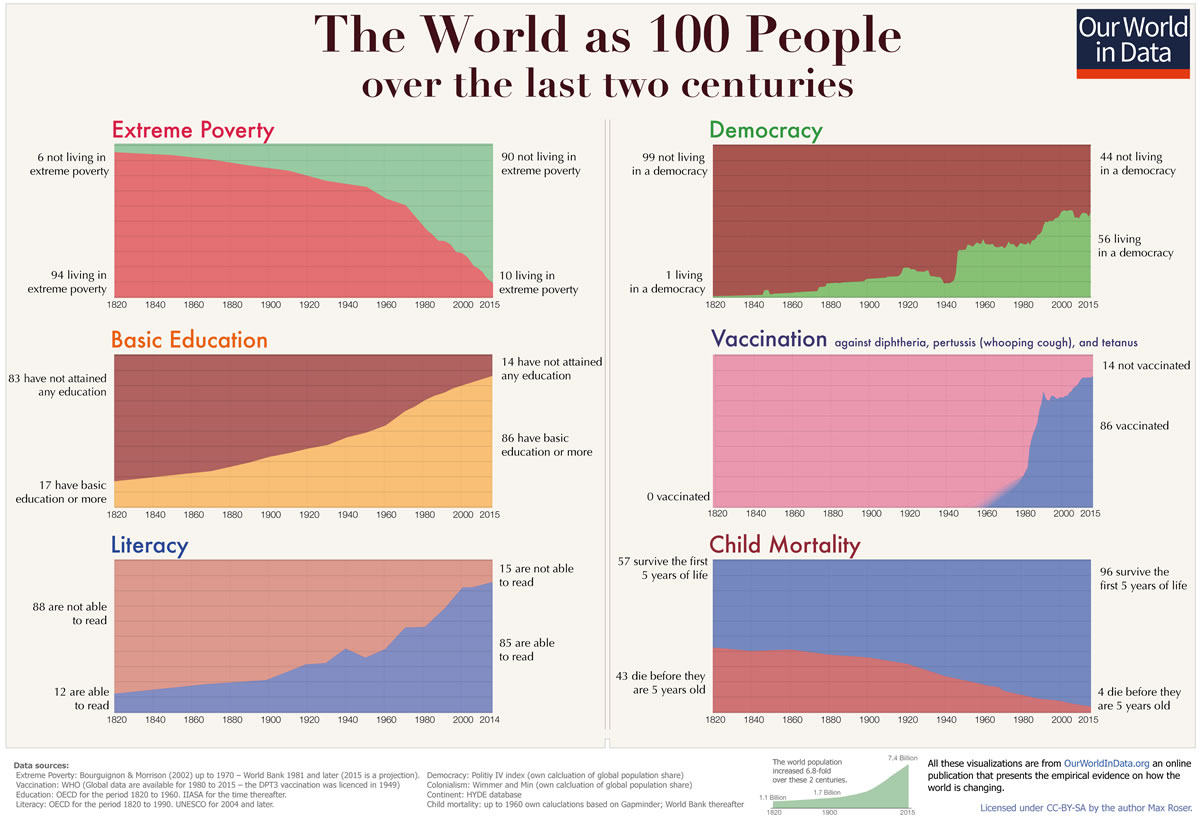 Real average wages have been slowly but surely increasing in many places. 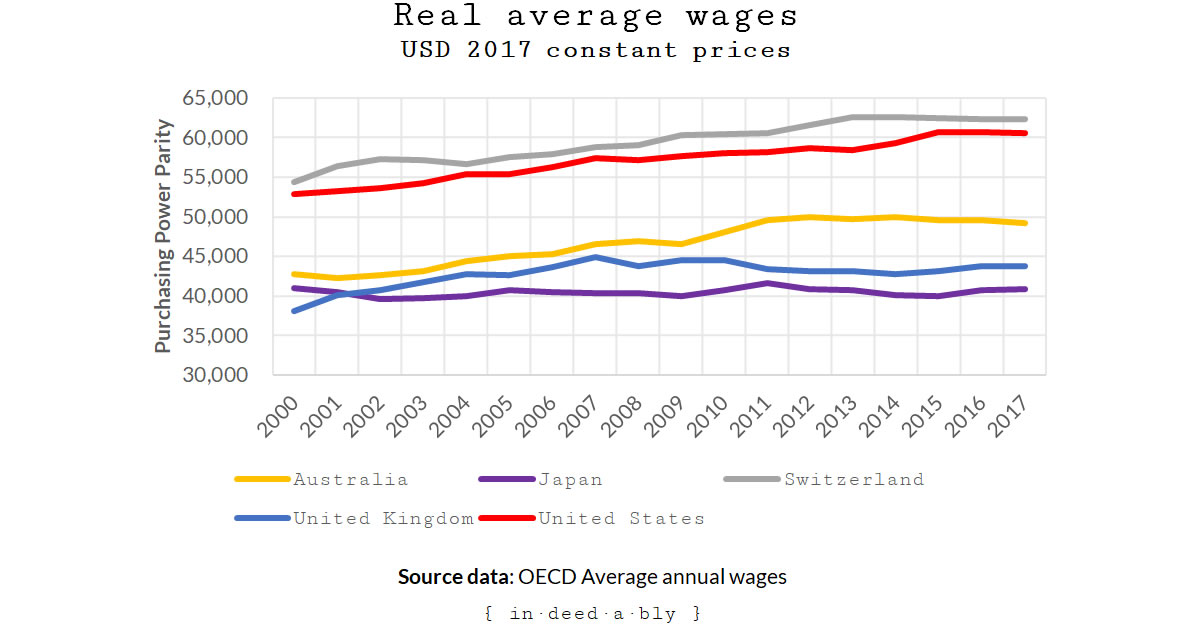 Though not everyone has shared in that growth equally. 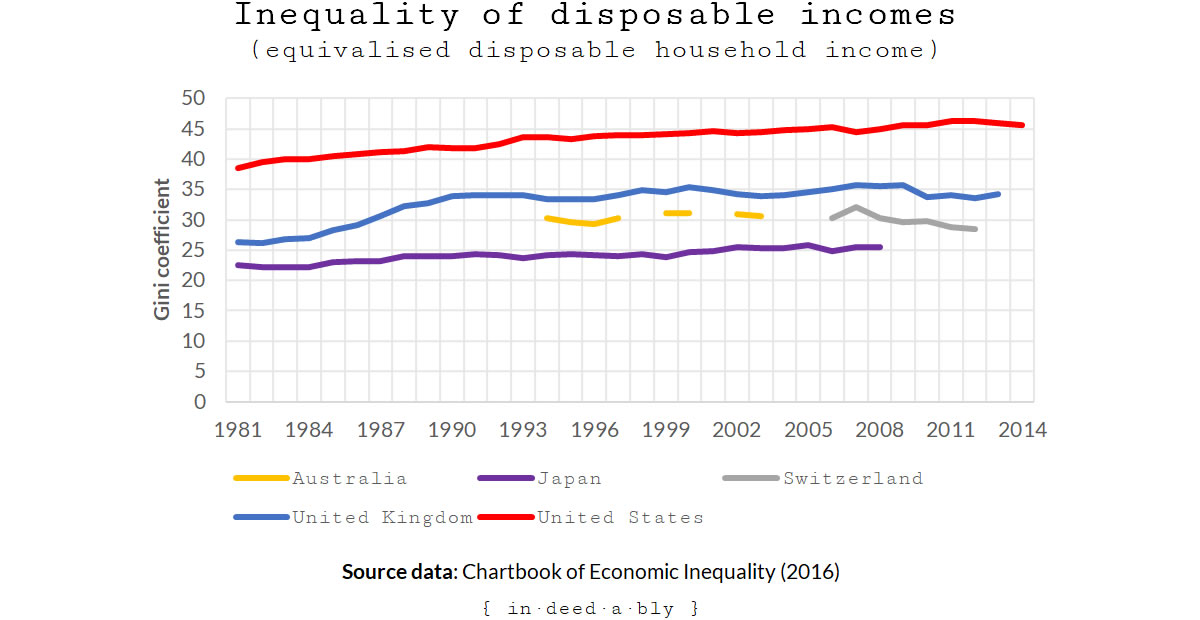 If people are generally benefiting from more education, better health, and longer lives then what is driving this group of people to seek an exit from the workforce at a young age?

Why are thousands of people sufficiently dissatisfied with their lives that they would choose to invest vast quantities of their scarce precious time blogging about their desire to escape?

Common gripes appear to include:

There is an old French word that aptly describes this malaise: ennui.

The Oxford dictionary defines ennui as:

“noun: a feeling of listlessness and dissatisfaction arising from a lack of occupation or excitement.”

“A very deep and generalised boredom with one’s life.”

Early retirement is one potential, if extreme, option for addressing that sense of dissatisfaction.

It can take years to achieve.

Some folks naïvely view early retirement as a magic elixir that will cure all that ails them.

It may end that lengthy commute, and provide an escape from the pointy-headed boss.

Time previously spent working and commuting will be freed up to invest in other endeavours.

However, early retirement will not spontaneously resolve issues that aren’t directly caused by an underwhelming job.

Those all come from within. No matter how hard you may try, it is impossible to run away for yourself.

Big Wal had suggested there was an alternative approach, that could improve things immediately. It wouldn’t preclude retiring, and would certainly make for a more enjoyable journey.

My high school psychology teacher once taught us about a self-evaluation exercise called the “Wheel of Life”. A person scored their satisfaction levels across a wide variety of life aspects. Once these scores were visualised, it quickly became apparent what the problem areas were.

The exercise is often used by life coaches, and those financial “life” planners who have realised that there is more to a well-balanced life than financial success alone.

You can try a variant of the exercise for yourself below. Assign a score out of ten with how satisfied you are with each aspect of your life, then study the results.

Which life aspects are the most important to you?

What areas were you most satisfied with?

Which areas could do with some work?

How closely does your satisfaction levels reflect the relative importance of each aspect to you?

Another reflection exercise that does the rounds of the internet every so often is the Ikigai diagram.

While there is no science behind the meme, evaluating your current role across the four dimensions can help identify if something is missing.

You can try a variant of the exercise for yourself using the modified Ikigai diagram below. Interested readers can play with an interactive version of the diagram here. 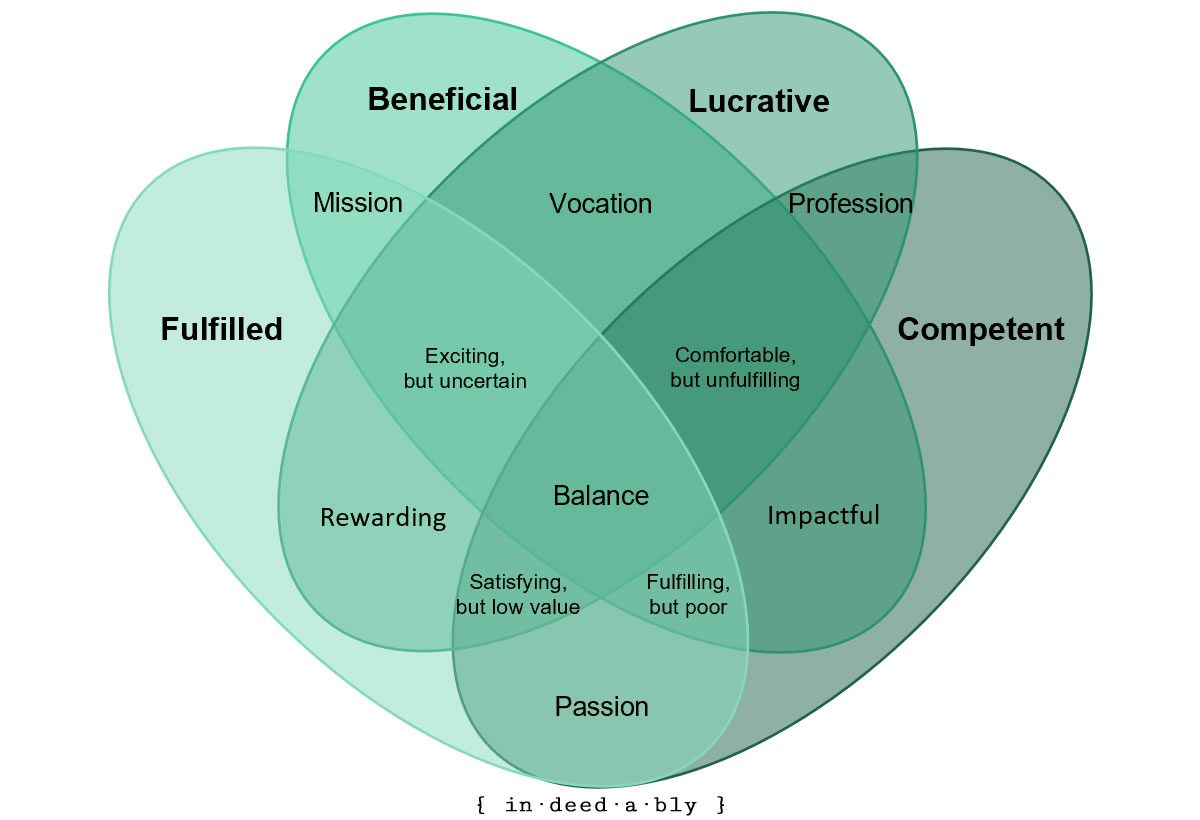 Where does your current job land? Are any dimensions missing?

If so, how closely do those missing segments reconcile with your feelings towards the job?

The goal of these exercises is to explore why a person might be experiencing that ennui feeling.

Big Wal had a valid point when he suggested problems should be managed or dealt with today, rather than suffering until some arbitrary number has been reached in the future.

Big Wal asked the question about how things might have turned out differently had Clarrie retired early. The same question could be asked of himself.

Neither Clarrie nor Big Wal lived extraordinary lives. Both experienced many random “life happens” events over the years, that altered their plans and timescales.

Between them, they had:

None of these events had been expected nor planned for.

Each of them had been a financial setback at the time. They adapted and managed because they had to.

Having a reliable income and a reasonable financial cushion helped them absorb some of those shocks and smooth out the ride. The smaller the financial buffer a person has, the more vulnerable their existence is to “life happens” shocks.

The lure of early retirement would deliver a great outcome for some. For others, it is trying to solve the wrong problem.

How much is “enough” is a subjective judgement, that differs for every individual.

It is a question of risk tolerance, rather than false certainty offered by spreadsheets or calculators.

Hopes and dreams are a powerful motivator, by all means imagine what a utopian retired existence might look like.

But also ensure you take the time to argue the other side of the equation.

Ultimately each person must make their own choice about what is best for them and their family. They are the ones who must live with the consequences of that decision.

Big Wal’s delivery lacked subtlety and tact, but his point about identifying and resolving issues as they occur was well made. The pursuit of early retirement should be a well-informed lifestyle choice, not an attempt to escape from ennui.