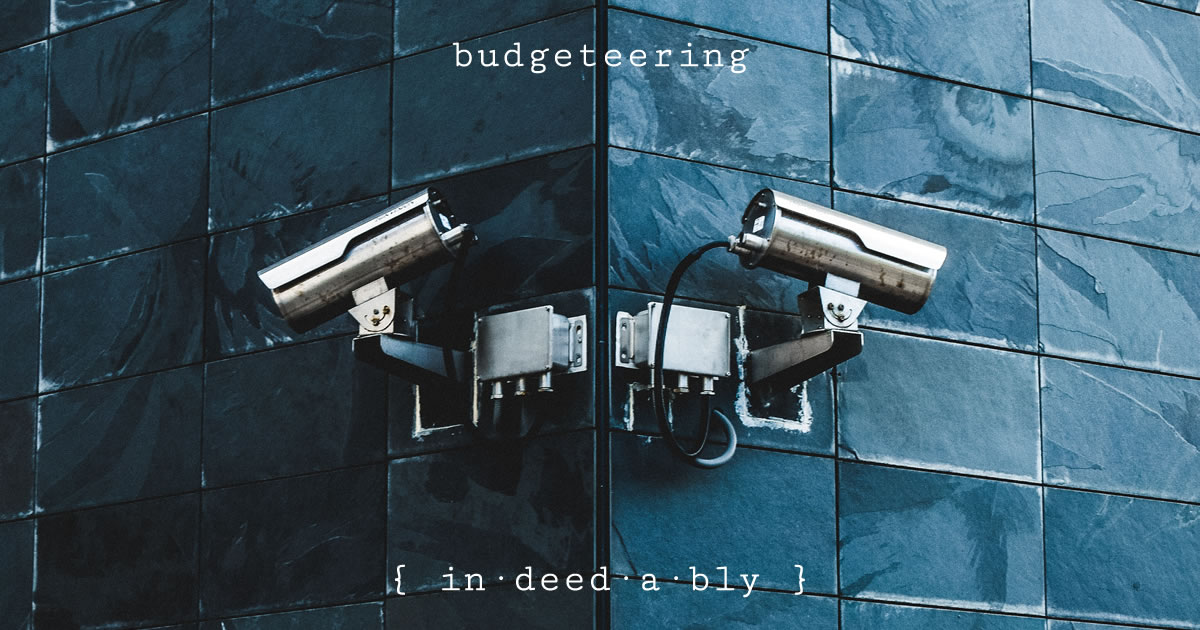 I wandered aimlessly around the West End at lunchtime, trying to blow off some steam. I had spent an unsatisfying morning being lied to by sleazy pre-sales consultants.

All had promised that their expensive software could do all that I wanted. Plus make me more attractive, shine my shoes, and vacuum the carpets.

The fact that I was going to be awarding business to any of them irked me more than a little.

I took a side street to dodge the lunchtime crowds. Pretty quickly I was wandering through unfamiliar surroundings. Exploring. Had my kids been present, they would claim I was lost.

At the bottom of a hill, I spied a beautiful garden square surrounded by ornate Georgian townhouses. An overloaded maintenance man exited one of them, juggling a ladder, a toolbox, and an armful of electronic devices trailing wires.

As we crossed the street, a sleek black Telsa careened around the corner and hurtled towards us. The driver appeared to have mastered the car’s impressive acceleration, but not yet discovered the brake. Diplomatic license plates informed pedestrians and fellow motorist that normal road rules did not apply.

We leapt out of the speeding car’s path. Tools and electronics scattering across the street in its wake.

I practised some universal sign language. Volubly shared my thoughts about the driver’s parentage and intelligence. Finally, I offered some helpful suggestions about how they might invest their time for the remainder of the afternoon.

“I’m not entirely sure that last one is anatomically possible” observed the maintenance man with a wry smile, as he started loading the spilt tools back into his toolbox.

I mentally replayed my protestations and concluded he was probably correct. Then I helped collect the remainder of his load. It turned out the electronics he had been carrying were CCTV cameras. Lots of them.

We loaded them into his van, which sported a large sign advertising all manner of digital surveillance capabilities. The maintenance man thanked me for my help and I headed into the garden square, where I sat on a park bench to eat my lunch.

“When a meeting, or part thereof, is held under the Chatham House Rule, participants are free to use the information received, but neither the identity nor the affiliation of the speaker(s), nor that of any other participant, may be revealed.”

Which got me thinking. If the anonymity of participants was supposed to be sacrosanct, why had they needed so many CCTV cameras? If the camera feed had been streamed to a real-time transcription service, then conversations could have been reviewed, attributed, and published before the participants had even left the room.

Had the Chatham House Rule become yet another casualty of the modern age, like “what happens on tour, stays on tour”? On reflection, this was probably inevitable when you consider that nowadays virtually everyone carries internet-enabled cameras and voice recorders with them everywhere they go.

Even if participants surrendered their electronic devices at the door, the modern-day equivalent of the warriors of old surrendering their weapons during a parley, their trust can still be violated if the venue is recording proceedings.

These breaches of trust happen more often than we would care to admit. I’ll never forget the pandemonium that once broke out during a board meeting at a former client in the City, where discussions of a corporate takeover were dramatically disrupted when several board members observed a drone hovering outside the boardroom window!

After lunch, I returned to the client site to sit through yet another vendor sales pitch.

The client’s ExCo circus was in town. This meant meeting rooms were at a premium.

I had managed to secure a room not much larger than a shoebox. It turned out the reason it had been available was that it shared a stylised frosted glass wall with the boardroom, where the client’s new CEO and CFO were critically assessing the budget submissions being presented by the firm’s senior managers.

Seated with my back to the boardroom, I could hear much of the conversations going on next door. I could also watch some of the proceedings reflected in the glass-fronted picture frame hanging on the wall opposite me.

The vendor presentation was underwhelming, but observing the political theatre playing out next door was fascinating.

One by one, a wide array of budget holders traipsed into the boardroom and gave a brief pitch to support their written budget submission. The majority of these were unimaginative, variations on “what we got last year plus 5-10%”.

The CEO and CFO then demanded to know why the budget holder needed the money. Not just the requested uplift, but rather the entirety of the budget submission.

How was spending this money going to help the firm achieve its strategic outcomes?

In other words, they were asking the budget holder to justify their own existence and that of their business function.

It was confronting. Many of the budget holders goldfished, bloviated, or prevaricated.

Each excuse or misdirection was met with a blunt challenge: “but why?”

At first, I thought this was harsh. A well executed ambush. Unfair.

Yet as I witnessed a succession of highly paid executives stumble, I began to think the CEO had adopted this approach with good reason. If a budget holder could not credibly articulate how the money they were already spending would help to execute the plays that had been called by the board, then why should they receive any more?

Would this not represent a breach of shareholder trust?

Shareholders appoint a board to represent their interests and protect their investment.

The board appoints the C-suite to execute their will.

To ensure the firm would not just survive, but thrive.

Was it unreasonable to expect senior members of the organisation, who received six-figure remuneration packages, to understand how their own business function helped to achieve those goals?

The search for relevance

Yet here is the thing. Could you explain to a seven-year-old child what you actually do for a living? Using small words and short sentences to allow them to grasp and comprehend the core function of your role?

Can you credibly articulate why your employer would be unable to accomplish their hopes and dreams without that function being performed? Performed in your location? Performed by you?

If we are honest, how many of us would end up describing ourselves as a professional meeting attendee? Status update report writer? Watcher of other people doing the work, while avoiding accountability and blame?

I suspect there would be more than a few.

It would be fair to say the software vendor’s presentation was underwhelming. Their product demonstration ably demonstrated that their product didn’t work. Then their laptop ran out of battery power while they attempted to talk their way around the obvious shortcomings. I ran out of patience shortly afterwards and sent them on their way.

Later that afternoon I was in the kitchen refilling my water bottle when I sensed a presence behind me.

“You were a bit hard on them back there, weren’t you?”

I turned and saw the CEO. It appears I wasn’t the only one listening to what was happening next door.

“I could say the same about you” I replied with a shrug. “They did a half-assed job. Poorly prepared. Not across their subject matter. They blew a seven-figure sale. Affable, but ineffective. So I marched them.”

“Exactly! No room for passengers or acceptable incompetence.”

That did not bode well for the senior managers who had recently been shown up in the boardroom.

A look in the mirror

On the tube ride home that evening I reflected on the CEO’s approach. He had effectively held up a mirror to the organisation’s behaviours and found many of them wanting.

Many of the managers had believed they should blindly carry on doing what they had always done, without really understanding why they were doing much of what they currently did.

There was a lot of activity, but little of it was aligned towards achieving the organisation’s goals.

Many would mindlessly parrot the organisation’s vision statement and values. Yet few stopped to think about whether their own behaviours were consistent with those values. They talked a good game, but their actions did not reconcile with their words.

Much like having CCTV cameras in a space renowned for anonymity and discretion.

Or the way many people approach their personal finances.

Achieving their goals demands travelling in one direction, yet their actions see them heading down another. This contradiction undermines their progress. Representing the difference between a strategy and a pipe dream.