Francisca strolled along the golden sand. A refreshing ocean breeze tousled her hair.

She dropped her tote bag on the sand, then slipped out of her summer dress and sandals.

Francisca briefly basked in the feeling of the warm autumn sunshine caressing her tanned skin.

Wearing only a tiny pair of bikini bottoms, she sashayed towards the ocean.

Her breasts swayed hypnotically as she tied back her long hair into a ponytail.

A group of children frolicking in the surf excitedly pointed and waved.

Francisca smiled back as she waded out to breaking waves, then dived beneath them.

Fun in the sun

We sat a little further along the beach from where Francisca had left her bag.

I was grinning, enjoying the way some people manage to effortlessly shed their inhibitions and enjoy themselves.

Free from the fear of judgement, self-consciousness, and doubt; those self-imposed mental constraints that so often hold us back.

My lady wife wore a slightly horrified expression, yet she could not look away.

Francisca had to be at least 70 years old. Her body silently told the tale of a woman who had several children, who laughed a lot, indulged often, and spent plenty of time outdoors. 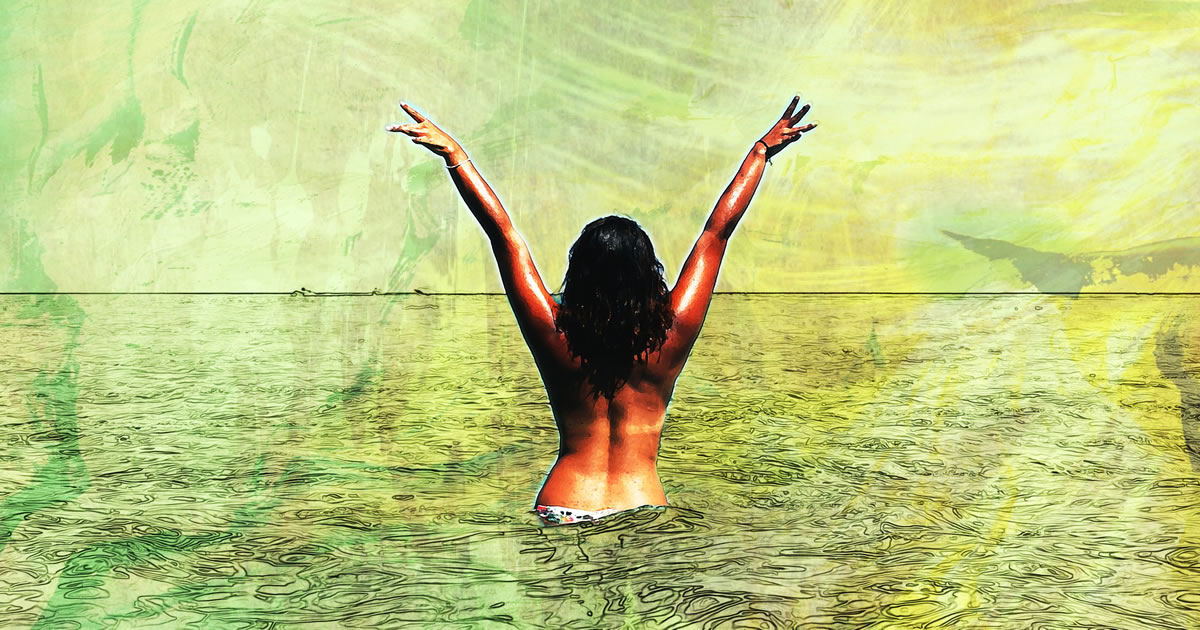 Over dinner at the hotel restaurant later that evening, my lady wife confessed to being surprised that somebody with such a “lived-in” body as Francisca’s would be brave enough to go to the beach.

Francisca had spent half the day wearing just half a bikini while swimming, building sand castles with her grandchildren, and animatedly chatting with her large extended family.

My wife was stunned that anyone would voluntarily expose themselves so openly to their friends and family.

The next morning the hotel restaurant was doing a brisk trade. The tables were all full, but there were a few unoccupied seats. I was dispatched in search of bacon, while my lady wife found us somewhere to sit.

I returned to find her and a woman in her early 20s nearly wetting themselves in laughter, as Francisca regaled them with an uncomfortable tale about the perils of sunburn with a FF cup.

The young woman at the table turned out to be Francisca’s granddaughter, an aspiring actress. She had recently missed out on a role in a television series because she was unwilling to do nude scenes.

Given Francisca’s confident display the previous day, her perspective on nudity was fascinating.

She wryly observed that few people these days would be interested in seeing her naked, as her birthday suit looked like she should have ironed it before she put it on. However back in her youth, it had been a different story!

Back then someone relaxing on the beach, wearing as much or as little as they were comfortable with, was safe in the knowledge that doing so was acceptable within that context.

If didn’t matter if the person was young or old. Fat or thin. Hairy-backed or bald headed.

Their only concerns were sunburn, opportunistic thieves, and the occasional peeping tom.

Today, if Francisca’s granddaughter appeared in a nude scene on television, then anyone looking her up the internet from that day onwards would almost certainly find pictures of her naked.

Her current and future employers.

Her future children and grandchildren.

No filter. No context. Just bare breasts and fake orgasms.

Consciously or otherwise, the searcher would likely form a view about her judgement and character.

Good luck getting a job as a primary school teacher, or a television newsreader, or running for public office with those images out there for all to see in the public domain!

Which is ridiculous when you think about it, as everyone spends at least part of every day naked.

The only difference is that nobody sneakily exposes them on the internet without their consent.

Francisca felt the problem was no longer limited to actresses and models in the public eye. 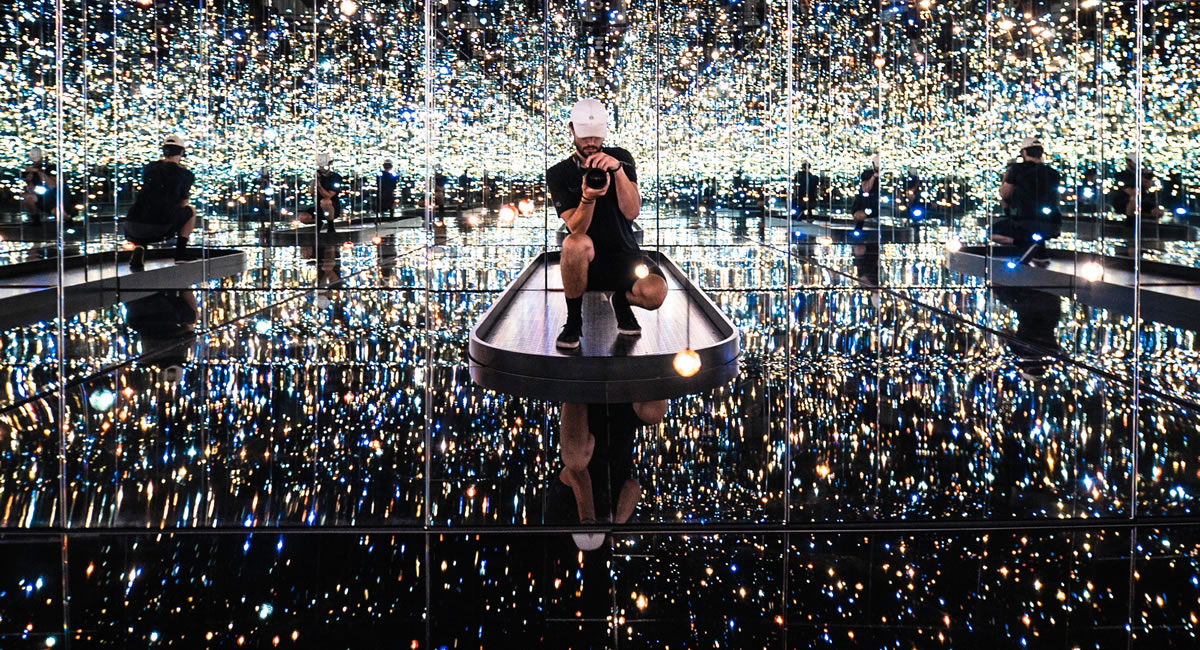 Uploaded in an instant, displayed for a lifetime. Image credit: Alex Powell.

Nowadays virtually everyone carries a camera with them everywhere they go. That means those peeping toms can capture lasting images, rather than relying on memory and imagination alone.

The internet makes it easy to instantly upload and share those photos.

Just like the nude scenes from the television, those candid photos remain available online forever.

Francisca was saddened that advances in technology had influenced behaviours on the beach.

Her generation still happily stripped off to enjoy the sunshine.

Her daughters were more conservative, learning to be more cautious as technologies evolved.

Having been raised in the digital photo era, her granddaughters kept their swimsuits on.

They always made sure their blinds were closed before getting changed.

Constantly keeping a wary eye out for smartphone-wielding voyeurs, who might attempt to take photos up their skirt or down their blouse.

Recently I was sitting in Changi airport transit lounge, cursing the evils of jet lag, while mindlessly watching a technology digest on the local 24-hour news channel.

The first story breathlessly talked up the zoom lens capabilities of a new smartphone. It showed a guy high up in an office building zooming in on a game of Mahjong being played in the park across the street. The pictures on the individual game tiles were clearly visible.

BusinessInsider was quoted as reporting the phone’s camera had a zoom range of up to 580 metres.

Think about that for a moment.

Every time you get changed on the beach, or type your PIN number into a cashpoint machine, somebody located more than the length of five football fields away could potentially be recording it.

In reality, most of us are far too poor and far too boring to warrant a pack of paparazzi or private investigators monitoring our every move. However, the expensive technology they traditionally relied upon to ply their trade will soon be in everyone’s pocket.

Next up was a story about an airside airport information screen using facial recognition to display personalised flight information and directions to passengers.

They didn’t have to type anything in, scan their boarding pass, or stand in a precise spot while glaring for eternity into a security camera.

Instead, they just walked up, and the screen quickly figured out (in real time) who they were and then presented them with a personalised information screen telling them which gate their plane was departing from and how to get there.

Lastly, there was a related story about an American domestic airline passenger who caused a fuss when she realised that commercial organisations were using the Homeland Security department’s biometric database to perform identity verification using facial recognition.

Collectively these three stories suggest that Francisca’s concerns were well-founded. Any illicit photo could potentially cause somebody endless financial injury or reputation harm.

The long-range zoom lens captures an intimate or unguarded moment from far away.

Seconds later it is uploaded, stored, and shared for all the world to see.

Pattern matching and facial recognition algorithms link the image to other images containing the subject of the photo. In turn, these may be tagged or linked to metadata including the subject’s name, address, friends, and colleagues.

The technology required to make all this a reality already exists.

Google allows you to search for visually similar images simply by right-clicking on a photo.

Search your iPhone’s photo album for “cat”, and you will instantly receive a plausible set of results.

Facebook already uses facial recognition to suggest the names of people to tag in uploaded photos.

Pants pulled down in public

Having your pink bits splashed all over the internet is just one form of exposure, but the same financial injury and reputation harm issues present themselves in other guises.

Not long ago there was some manufactured controversy about a photo of a white American politician attending a dance competition wearing a Michael Jackson costume including blackface.

Predictably the internet erupted in outrage. How could anyone in this day and age be so disrespectful? Demonstrate such poor taste?

Except the photo was taken back in 1984, when Michael Jackson was the “King of Pop” and his album Thriller was number one in the charts.

Just six years previously one of the most popular shows on network television was the “Black and White Minstrels”. The group behind the show were still performing blackface musical theatre acts at Butlins in 1989!

The politician was running for office in 2019, 35 years after the photo was taken.

Society’s attitudes evolve over time. Things that were once acceptable become less so.

Burning witches at the stake.

How will society in 35 years time view the selective admissions policy of Hogwarts? Were they repressive and discriminatory to Muggles?

Are the anti-vaxxers of today the epidemic causing medical terrorists of tomorrow?

Will the consumers of the vast quantities of “skin lightening” cosmetics being sold at the Changi airport pharmacy be judged for trying to be something they are not, in a similar manner to Michael Jackson’s ever paler complexion or the politician wearing blackface? 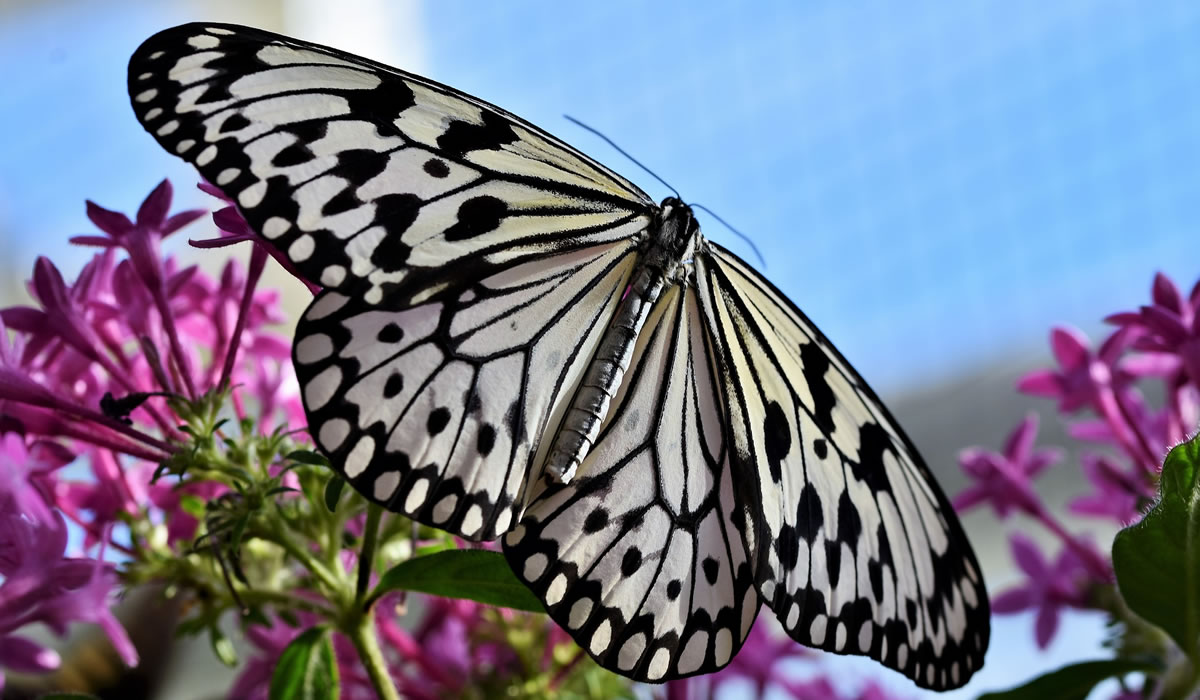 How many moments from your own past might cause you problems today, had they been photographed out of context and shared on the internet? Irrecoverably linked to your personal brand and social media profile?

These could be just as financially and reputationally damaging as Francisca’s voyeur photos or her granddaughter’s nude scene concerns.

Another form of public exposure with potentially harmful consequences is discussing finances.

Boasting about joining the ranks of the millionaire club.

Detailing your plans to change jobs or retire early.

Publishing your net worth.

These are all common activities within the Personal Finance blogosphere, where often anonymous bloggers keep online journals, monthly accounts, and write intimately about their plans for life after work.

What would happen if those bloggers were to be doxxed? Publicly unmasked? Lose their anonymity?

Their online musings and finances linked to their real-world identities, in a similar manner to compromising photos or reputationally harming events from the past.

Would they be happy for their neighbours, colleagues, friends and family to know exactly how much money they make or assets they hold?

While the financial numbers might alter relationships and result in some uncomfortable conversations, in most cases they wouldn’t injure a person’s reputation.

In Norway for example, income tax returns are public record, so anyone can look up how much you earn. The one caveat is that the subject of this financial voyeurism is notified exactly who has been peeking into their finances.

However, were an employer to discover that an employee was mentally in the exit lounge, it would certainly affect their advancement prospects, training opportunities, and retention.

Every decision we make or activity we undertake factors in risk versus reward.

Francisca had no problem with her granddaughter electing to sunbathe topless on a beach, or choosing to do a nude scene on television.

It was her body, her decision.

Francisca’s concern was the actions of others might take away the decision about whether or not those activities should be shared on the internet, and linked to her personal reputation.

Once something escapes online it is virtually impossible to put the genie back in the bottle.

I suspect an ever increasing number of people will be tripped up by their digital legacies.

Sometimes this will be an unfortunate case of past events being viewed through society’s current acceptability lens, ignoring context and revising history.

Other times this will be justified, such as the #MeToo movement calling out predatory behaviours.

The challenge is to enjoy life as freely as Francisca, without compromising your future as a result.

That requires quite a balancing act!