I received some bad news this week. In the scheme of things, it was nothing major. No terminal diagnosis. No death notification. Nor had I learned that my favourite chocolate biscuits had been discontinued, or that my football team had lost yet again.

No, this was your everyday bad news. An inconvenience. Leaving me a few thousand pounds out of pocket. Hopes thwarted. Dreams delayed. “Nothing personal. It’s just business”.

That thought stopped me in my tracks. Notions of plotting unspeakable revenge, rage quitting, or throwing a five-alarm toddler tantrum instantly forgotten.

Losing a few thousand pounds was just an inconvenience. When had that happened?

I remember a time, not so long ago, when such an outcome would have been life-changing. An unmitigated disaster. Instigating a spiral of hardship, homelessness, and eventual deportation.

But what was once true, is no longer.

Some combination of good fortune, good management, elapsed time, and compounding had allowed me to weather this storm with little more than a bruised ego and an expensive reminder that life happens.

When had that changed? As part distraction, part effort to cheer myself up, I decided to crack open my historical financial records and perform some self-indulgent digital archaeology to find out.

Everyone is a genius

That lesson proved to be a valuable one. Teaching me to distinguish between correlation and causation. Was a given outcome the result of my own actions and decisions, or in spite of them?

All too often, we hear people crowing when frothy markets soar and booming returns go their way.

Many of those same people will seek to shift the blame when things go against them.

The markets. The government. The economy. The competition.

Unforeseeable, rather than unforeseen.

Unavoidable, instead of unavoided.

Never choosing to admit, even to themselves, that they might be responsible for an adverse outcome.

As for the rest, all but a few remain silent about their losses. Celebrating their wins in public. Licking their wounds in private. Carefully crafting an aura of infallibility, as false as any social media profile.

Before evaluating any personal journey, it is important to first understand the big picture within which that journey took place. When everyone looks like a genius in a rising market, distinguishing between the lucky and the good can be challenging indeed!

To paint that big picture, I’ve used statistics local to where I find myself today. Telling a slightly different story to where my journey unfolded, but representative enough to provide a backdrop for my journey. The tale commences from the point that I started tracking my finances and paying attention.

Interest rates were a problem until they weren’t. Helping savers. Hurting borrowers. Then the Global Financial Crisis tipped the world on its head, reducing borrowing costs to virtually nothing, while the purchasing power required to repay debts was steadily deflated away. Shifting the debt conversation from one of avoidance and minimisation to recognising a once in a lifetime opportunity for wealth creation. 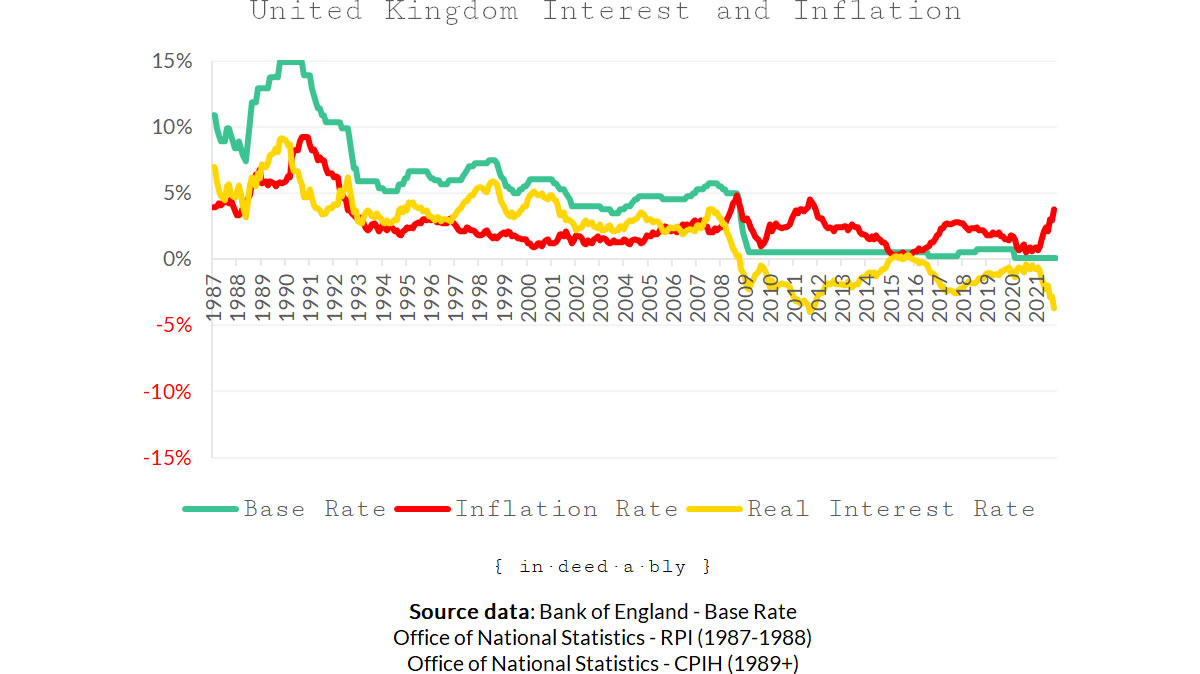 Unemployment was once thought to be the problem. Portrayed as that unfortunate underclass of society who notionally wanted work, but were unable to secure it. Then questions started to be asked about underemployment. That segment of society who have some paid work, but actively seek more. The latter group has proven to be a problem consistently larger than the former. Hidden in plain sight. Seldom discussed. A large pool of excess capacity for which society has found no productive use. 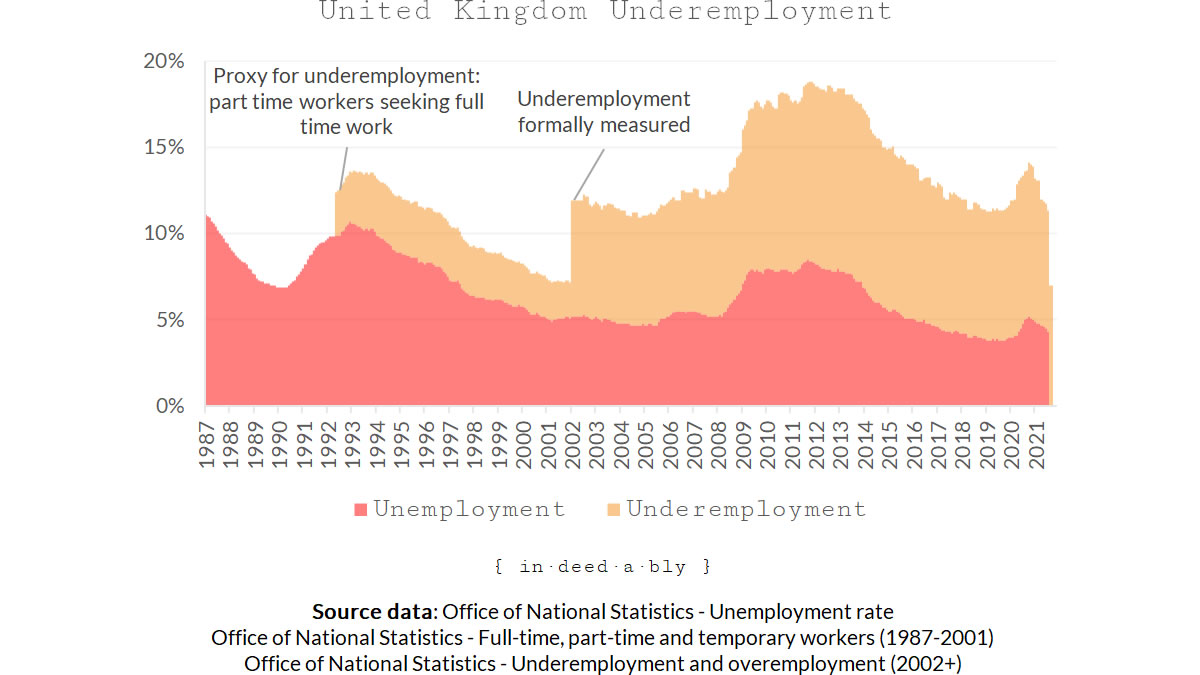 Investments take many forms. Depending on your perspective, three of the most common investment classes might include your home, your marketable skills, and your portfolio. But which class of investment has provided the best return on investment?

This seemingly simple question has a somewhat complicated answer. Taxes play a major role in the equation. Salary earners pay a lot. Homeowners pay a little. Investors get to choose whether they pay any at all. 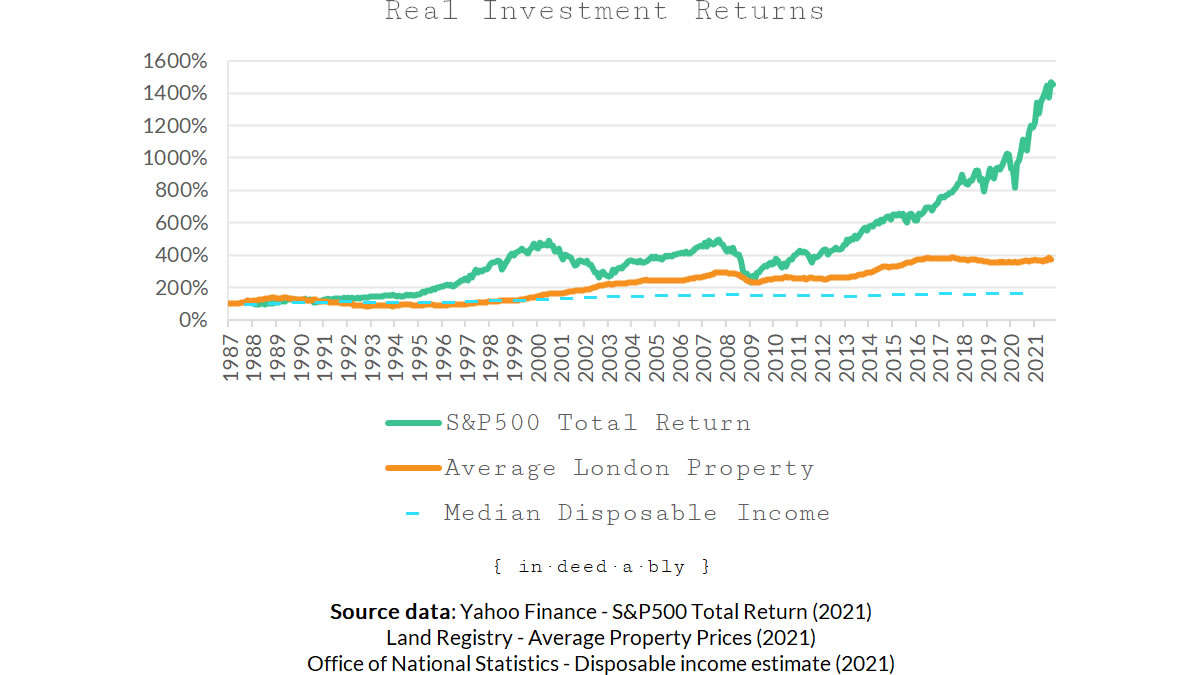 One thing is clear, those who are unable or unwilling to invest were left behind.

My financial journey began as a paperboy. Delivering newspapers and junk mail all around my neighbourhood. In sweltering 40 degree summer days. Mind-numbing sub-zero winter nights. Getting the job done while evading rain, neighbourhood bullies, stray dogs, and territorial magpies.

The pay was not good, but the life experience gained was priceless. It provided a valuable baseline against which all that followed could be evaluated.

Would the role require heavy lifting outdoors in the rain?

Who benefits more from my efforts? The employer? The tax authorities? Or me?

Did the position offer autonomy? Meeting deadlines however and whenever I pleased?

Were the financial rewards received linked to the effort expended, or the outcomes achieved?

What were the potential second-order effects and long-tail impacts of undertaking the role?

Was I likely to establish the contacts and gain the skills which would subsequently allow me to get lucky by being in the right place at the right time, and actually being able to do something about it?

With the benefit of hindsight, I probably should have stayed a paperboy. But if I had, then I would never have afforded the many adventures and experiences I have enjoyed, or endured, in the years since.

The next chart shows the inflation-adjusted market price that an hour of my time has commanded. A fascinating picture with a far more interesting story to tell than my earnings over time. Detailing fleeting moments where I was on top of the world, possessing rare skills that were highly sought after. Terrifying moments, when changing fashions or technological disruption found me selling a product nobody was buying. A change in priorities, buying time with forgone earnings rather than selling time to make ends meet. Consciously purchasing temporary freedoms and a more balanced lifestyle.

Take a moment to compare this chart to the earlier one, illustrating real median household disposable income over time. A timely reminder that nobody lives the median, and nothing lasts forever.

We start our working careers knowing little and earning less.

Over time we gain knowledge, skills, and experience. Gradually becoming useful. Able to solve real problems. Our earnings climb to reflect the increased market value of our time.

Sooner or later, we top out. Reach the limits of our abilities, competence, network, and relevance.

Those limits might come from within, or be imposed from without. The outcome is the same.

A lucky few finish on top, like a sportsperson retiring after winning a gold medal or championship.

Most will peak, then decline. A gradual reversal, or abrupt cliff edge of displacement and redundancy.

That median disposable income figure may not have changed much over 30+ years, but the financial positions of those individuals being sampled throughout certainly will have as they age and grow.

Now let’s cast our minds back to the start of our journey to observe the series of paradoxes that faced us.

We earned little, with aspirations to save a lot.

We had little, which was ok providing we don’t know any better.

Living within our means was excellent advice, yet how we felt about that was governed by our conditioned perception of normalcy. Our upbringing and the socio-economic status of our peer group initially defining that perception. The wealthier we grew up, the better appreciation we had for what was possible, but the higher we set the bar for how much is “enough”.

In the beginning, savings are everything. By the end, savings have long become irrelevant. A journey that can be illustrated with a chart visualising the proportions each has contribution over time.

Savings and frugality are the primary tools deployed by those just starting out and those who don’t know any better. Indeed, we express saving rates as a proportion rather than an absolute number to pump up our tires and spare our fragile egos, “saving 50% of my income” sounds much more impressive than “saving £15” even though both may be factually correct.

However, investing and compounding soon render those savings immaterial. If we invest our savings wisely, then leave them alone, things tend to compound relentlessly.

Before eventually surpassing it entirely.

A journey that would not have been possible without those initial savings, nor without advancing along the financial maturity curve and taking the leap into the world of investing. A potentially scary juggling act. Trading off adventure versus adversity. Capital versus conservation. Luck versus loss. Risk versus reward. Speed versus safety.

When I look at how far I’ve come on my own personal finance journey, after stripping out the effects of inflation which make us look richer without making us feel richer, I realise just how important seizing those investment opportunities has been. Today, over 95% of my net worth has been generated via acquiring and managing properties. Owning and running businesses. Buying and holding shares in a small collection of individual companies and low-cost index tracker funds. Carefully using leverage.

Which made me feel slightly better about having been stung for a few thousand pounds. As the old lottery slogan used to say, “you’ve got to be in it to win it”.

A feeling, not a formula

Before I let myself get a big head, I assembled a final chart to remind myself that no matter how far I’ve come, there is always further to go. Just maintaining the status quo requires effort.

As a boy, I had picked an arbitrary round number to aim for. To my simple mind, it represented winning the game. More than enough. Gaining independence from finance.

What I failed to appreciate at the time was that magic numbers are really moving targets. In the many years between setting and attaining that goal, the purchasing power of my magic number had been eroded by inflation. By the time I had reached my goal, the amount required to achieve the original purchasing power it represented had more than doubled.

Ever the slow learner, I immediately set myself another arbitrary round number to pursue. In one of life’s delicious ironies, by the time I reached that second goal, I still had not captured the purchasing power of my childish dream.

Today, the purchasing power of my dream would require nearly 3x the original nominal amount.

Eventually, I recognised that while bragging rights may be found in attaining arbitrary round numbers, seeking contentment in them is a fool’s errand. Which is fortunate, because achieving those goals produced a hollow empty feeling rather than magically conferring the sense of security I had sought.

Much like knowing how much is enough, our sense of financial security comes from within ourselves rather than from our net worth spreadsheets or portfolio balances.

A realisation that illustrates better than any chart just how far I’ve come.