I idly swung my feet, as I perched on the edge of a wool bale in the stifling shearing shed. Each kick released a small cloud of musty dust, which blended with the smells of dried sheep shit and rusted machinery.

Earlier the newsreader on the car radio had announced it was 38 degrees outside. It felt much hotter inside the corrugated iron sweatbox.

Over an hour earlier my father had ordered me to sit still and not move. He had been livid. Red faced. Eyes bulging. Veins throbbing.

I thought he was going to kill me.

Or suffer an aneurysm.

In his defence, I deserved to be in trouble.

The dam near the shearing shed was half empty, hardly surprising given the run of 35+ degree baking hot days we had been experiencing.

The thought occurred to me that with enough speed I could probably jump a motorbike over the water in the dam.

For some reason that seemed like a great idea, so I snuck off and stole the bike out of the machinery shed.

I rode it to the top of the hill, turned around to face the dam, and gunned the throttle.

Taking a deep breath, I dropped the clutch and surged down the hill.

My eyes watered. The wind billowed through my hair. I felt thoroughly alive.

In seconds the bike reached the ramped edge of the dam, and launched into the air.

In my head I was imagining how awesome I must have looked to my older teenage cousins, as they cheered me on. 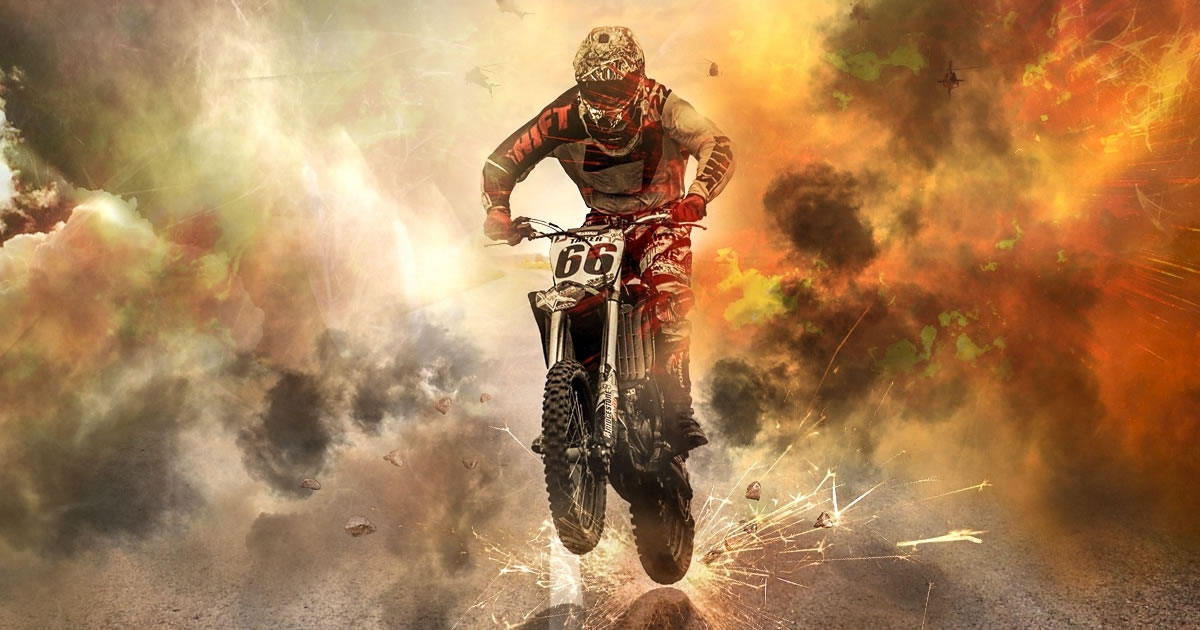 My jumping the dam looked almost nothing like this. Image credit: ThePixelman.

Then came the dawning realisation that I wasn’t going to make it.

There was too much water, and insufficient speed.

The back wheel kissed the surface of the water, followed almost instantly by the front.

The bike stopped. I didn’t, sailing over the handlebars.

I cleared the last of the water, which may have cushioned my landing, before crashing head first into the muddy bank on far side.

I can no longer remember whether attempting this foolish stunt had been my idea, or if my older cousins put me up to it. Either way it was their loud cheering and applauding that attracted my father’s attention, and subsequent wrath.

So now I sat, awaiting my fate. I was scared of my father!

Beware of the snake

Out of the corner of my eye I spied movement.

A half metre long, highly venomous, eastern brown snake emerged from beneath the stack of wool bales. It slithered across the floor towards me.

I froze. My kicking ceased. I was scared of snakes! 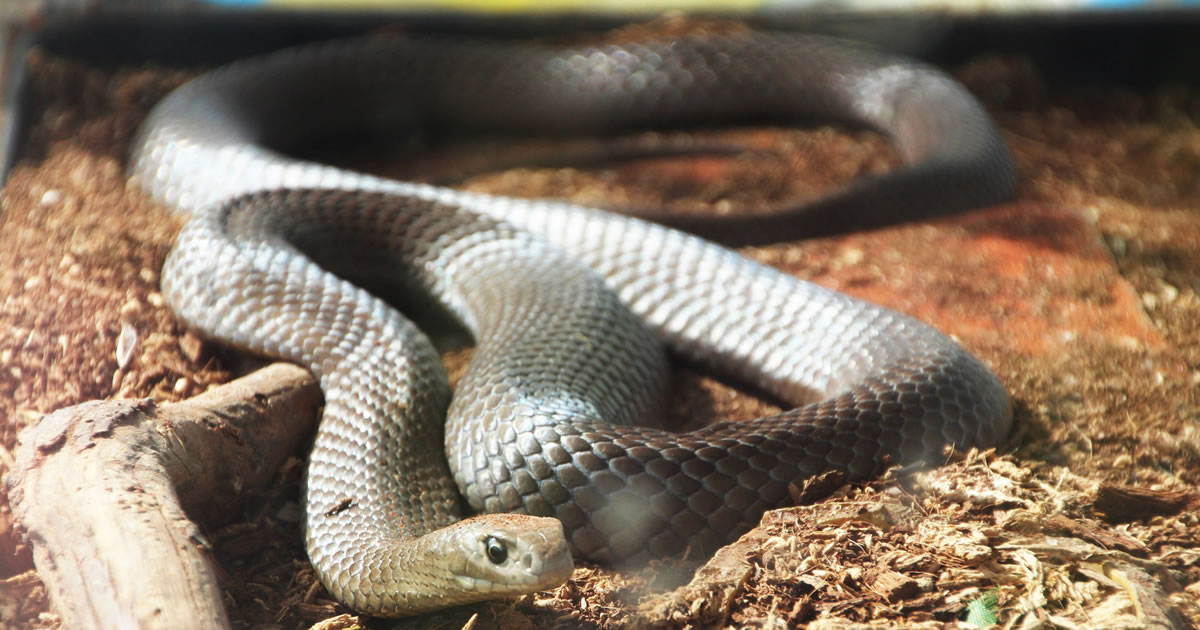 I was pretty sure the snake wouldn’t be able to reach me on top of the wool bale. They couldn’t climb. Could they?

Now I faced a dilemma. Would getting bitten by a snake hurt more or less than the additional trouble I would get in for not remaining where my apoplectic father had ordered me to stay?

The snake got closer. My heartbeat raced, as I frantically assessed potential escape routes.

A couple of metres short of my wool bale, the snake suddenly stopped.

It had slithered into a spider web.

The more it struggled, the more tanged it became.

Along came a spider

Out of the corner of my eye I spied another movement.

A female redback spider, maybe the size of a fifty pence coin, scampered along the web.

I’m wasn’t sure if a redback was more or less venomous than a brown snake, but I was certain getting bitten by either would ruin my day.

I cursed the gods. I was scared of spiders! 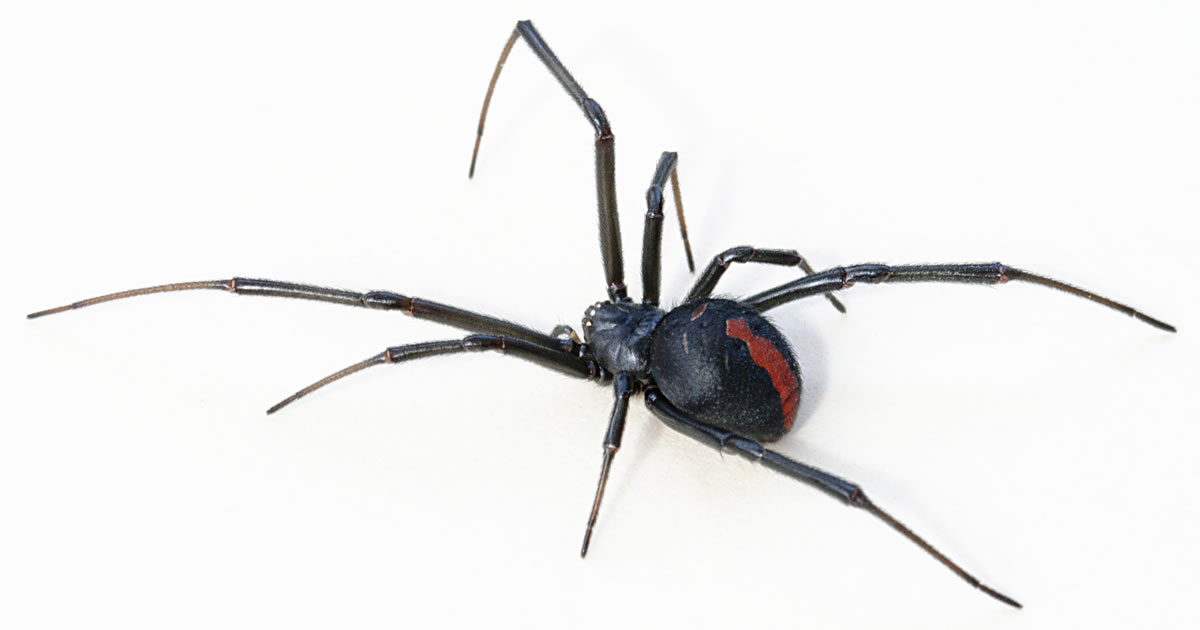 To my simple mind there were now a trifecta of options.

Sometimes there are only bad choices!

The spider came to a halt about a third of the way along the snake’s body.

The snake thrashed some more as the spider settled on its back, and presumably was bitten.

Then it went still.

Just when I thought the snake was dead, it would spontaneously thrash again. I almost jumped out of my skin!

Until it moved no more.

Some time later my father came to deal with me. As he stormed into the shed I called out a warning to watch out for the spider.

He saw the brown snake lying on the floor, and shouted for me to remain perfectly still.

I replied that it was ok, the snake was dead. The spider had killed it.

My father gave the snake’s body a wide berth as he approached my wool bale.

The redback scuttled along the floor.

My father stomped on it with his boot.

He asked why on Earth I was still sat on a wool bale in a shed when a poisonous snake and a poisonous spider had been fighting to the death?

I answered honestly:  I had been too afraid to move.

He thought I meant of my deadly shed-mates. I actually meant of getting in further trouble.

My father halfheartedly clouted me over the ear for being stupid, then gave me a huge hug of relief.

It turned out the reason I had been sat in the shearing shed for so long wasn’t to let my imagination run wild.

My father had been stalling on our returning home, terrified at the prospect of explaining to my mother how I came to be covered in mud. After attempting to jump a motorbike. Over a dam. While he was supposed to be keeping an eye on me!

Everyone is scared of something

I was reminded of this day when my son showed me a video portraying a similar battle playing out between a snake and a spider.

Having grown up in London, he cannot fathom how people could live in a place where much of the wildlife can kill you, let alone getting close enough to film it for social media!

Looking back now, I learned a lot about fear that day.

Everyone is scared of something:

My father used some clever psychology to punish my motorbike misadventure. Our imaginations, and fear of the unknown, will invent outcomes far worse than anything that may realistically occur.

Those couple of hours sat in the shearing shed, mostly without distraction, gave my imagination a chance to run wild!

Normally rational, sensible, logical people often make spectacularly bad choices when they are afraid. Take my father’s decisions that after as an example.

Banishing a primary school age child to a sweltering iron shed for hours was questionable.

Failing to ensure I had some water to drink was malicious.

Sharing that shed with potentially deadly wildlife was just unlucky.

Our fears define us

If we can figure out what a person is afraid of, that goes a long way towards understanding their motivations and behaviours.

Wanting to impress my cousins may have tempted me to ride the motorbike.

Fear of being thought a coward was a much more powerful motivator for trying to jump it over the dam.

Sometimes the thing that saves us from our fears turns out to be worse than the thing we were afraid of. The redback spider potentially saved me from the brown snake, but rather than being better, it was a different form of danger.

The insurance industry generate billions of dollars in profits from our fears.

We perceive a risk to our life, our health, our reputation, or our property.

Those risks scare us. The insurer offers to take that fear away, in return for a premium.

Pension operators generate billions of dollars in profits from our fears.

We fear having insufficient cash flow to support ourselves in old age.

We also fear the social safety net may prove insufficient to make up the shortfall.

Those risks scare us. The pension provider offers to assuage that fear, providing the promise of pension or annuity income streams in return for (often vast) management fees.

The Early Retirement movement plays on our fears.

We have a fear of missing out on enjoying the most adventurous and mobile years of our lives.

Of not making time for our loved ones before they have grown up, or passed away.

Of waiting too long, until the excuses have become reasons.

Those risks scare us. They make us receptive to seductive siren songs.

“Safe” withdrawal rates. There are no guarantees, only tolerance for risk.

Markets that “always” go up. Which they mostly do, if you wait long enough… but seldom when you want them to.

Tax rules and loopholes that will “never” change. Until they do.

The dream of sustainably funding up to 30-40 years of early retirement, prior to pension eligibility age, from savings accrued during the 10-20 years spent working at the very beginning of a career.

It might be possible for a select few, who possess the exceedingly rare combination of high salaries and permanently low expectations.

For the many however, early retirement would simply be trading one risk for another: the fear of missing out for the fear of running out.

Swapping the snake for the spider.

Taking the time to analyse and understand our fears is enlightening.

Doing so helps us understand our motivations, priorities, and decision making approach.

Only once we can see what those attempting to sell into us perceive, are we in a position to make well-informed decisions about the merits of those fear dispelling offers.

Or possibly harmful, like the selling of an improbable dream?

We each make the choices that manage our risk, sooth our fears, and allow us to sleep well at night. Choose your poison carefully.